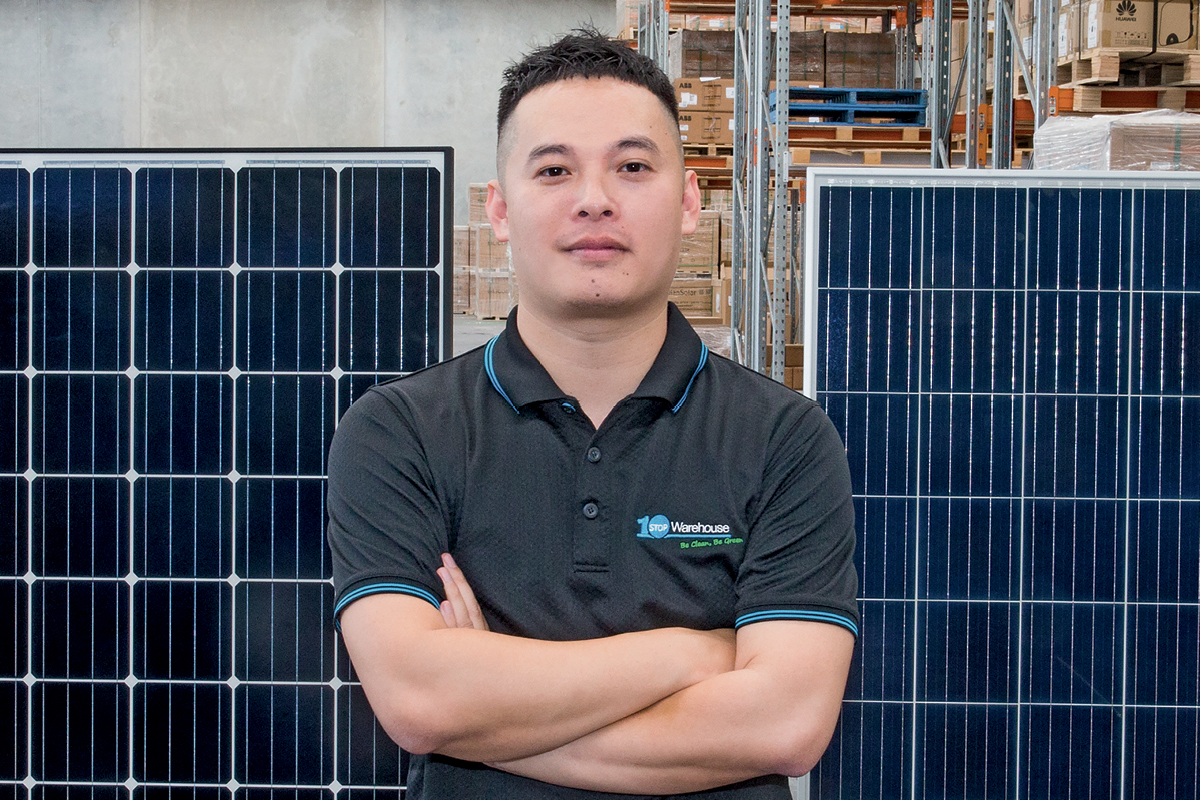 One Stop Warehouse was ranked 24th on The Australian Financial Review’s Fast 100 list of Australia’s fastest growing companies in 2018. Co-Founder and CEO Anson Zhang considers it one of the company’s proudest achievements in the two years since he last spoke to The CEO Magazine. Anson Zhang Co-Founder and CEO of One Stop Warehouse

Anson applied to join the list after talking to one of his business associates in Perth, a solar panel supplier, Solar Naturally. “He mentioned that he was going to be listed on the Fast 100,” Anson explains. “I said ‘Congratulations, how much revenue have you made?’ And he said, ‘We made about A$30 million last year’.”

At this point, Anson realised OSW stood a chance of being on the list and replied, “Oh okay, we’ve made almost A$200 million.” It signalled rapid growth from a company that was only founded in 2013.

“If you look closely, about half of the companies on the list have revenues less than A$10 million,” Anson adds. “In 2013 we had A$6 million, so our growth rate is 400%.” OSW is a distributor of solar photovoltaic panels, solar inverters, solar systems and all related components.

Headquartered in Brisbane, Queensland, the company also has bases in Adelaide, Perth, Melbourne and Sydney. Back when OSW was founded, Anson never thought it would become as big as it has.

In just six years, it has established a strong position in Australia’s solar market, developed 11 warehouses in Australia, grown to 90 employees, and even signed a partnership with one of China’s largest energy companies, GCL.

“When I started the company, my objective was simple – I just wanted to make a living,” Anson laughs. “I was tired of working for someone else, and wanted a go at an industry that was emerging. I was working in the laptop industry then and that was not exciting because everyone was going mobile. I wanted to be in an industry that would keep me focused and interested for the next 20 years!”

During the early days of OSW, Anson recalls how he had to quickly learn the accounting and human resources side of the business as his background was mainly in IT. “With HR and accounting, if I had issues, I would reach out to friends with professional knowledge, or Google for answers,” he says.

Anson believes that being a fast learner, and being able to handle a lot of pressure is important when starting a business. “If you’re someone who can’t take pressure, you should not start a company,” he says.

Having navigated his way through setting up his own business, Anson now believes the key to good leadership is balance. “You cannot always be too strict and you cannot always be lenient when it comes to people management,” he says.

“I’m not involved too much with each of the department heads. I always give them 100% trust, but when they make a mistake, I will tell them, ‘Don’t make the same mistake again’. That’s how we educate them.” And if there is one business mantra he uses with his staff, it is to “do more, talk less”. Rising electricity costs throughout Australia have seen an increased uptake of solar panels in households and Anson has seen its positive effect on OSW. “Our solar market doubled from 2017,” he says.

“In 2017, we’d sold 160 megawatts of solar panels in the whole Australian market and in 2018, we doubled it. End-users and residential households are now more educated than we have ever seen.”

Anson further mentions that rebate schemes like the one from the Victorian Government – which allows residents to claim up to A$2,225 on the cost of a solar system – have brought more people on board with solar panels.

“The renewables industry has now reached a tipping point. Previously, we pushed a lot of solar but now 15 to 20% of households are already equipped with them.”

“Previously, we pushed a lot of solar but now 15 to 20% of households are already equipped with them.”

As a result, OSW is diversifying its reach, beginning with battery storage. “Solar is only for daytime usage,” Anson says.

“At night when everyone is home and wants to turn on their appliances, solar is not able to cater to that usage. This year, we will see an increase in the battery market and we have started to market battery sales together with our solar panels.” 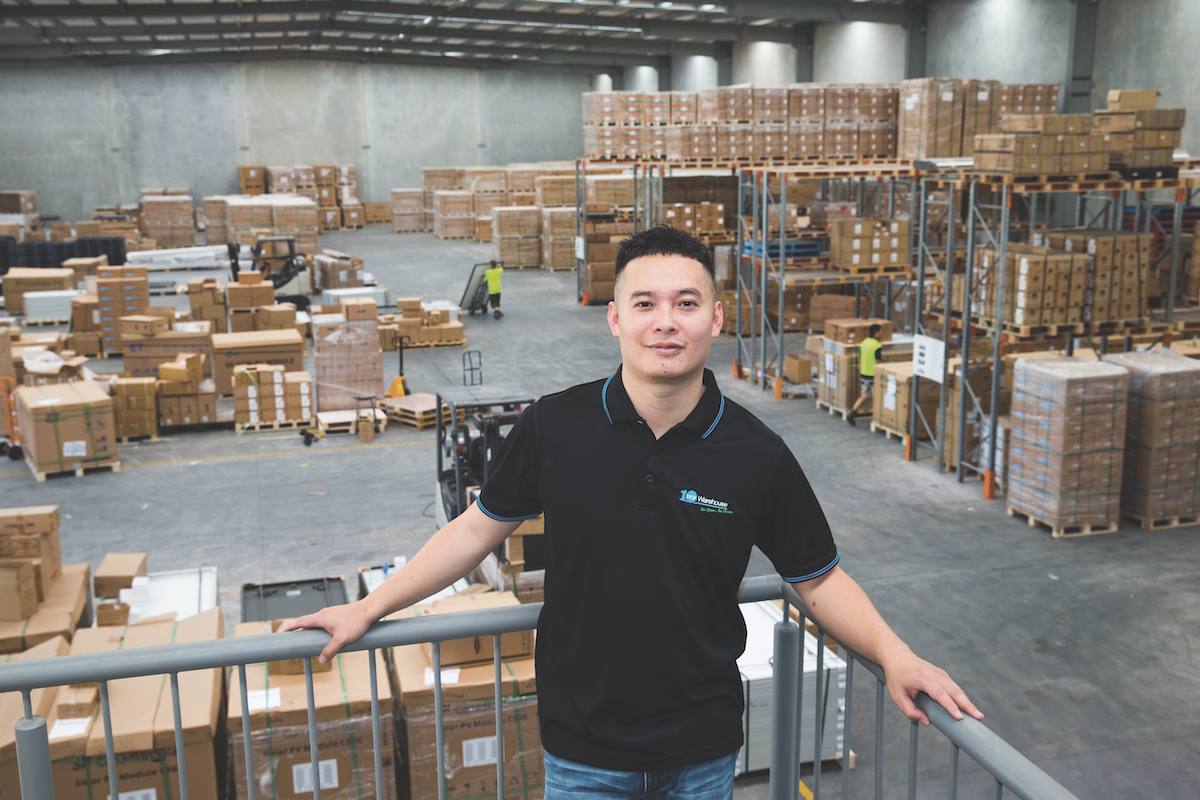 The process for claiming government rebates from solar installations is also simplified for customers via the app. “We do all the verification to get the rebate on their behalf, so they can focus on what they do best.”

Discover Energy is an energy retailer that sells electricity to users but stands on the renewable energy ground. Anson says it is set to release the DE Box, a device that measures energy consumption of a home and educates users on where they are using the most electricity.

“It is a small box, like a TV box, that can analyse every consumer’s usage patterns to optimise their electricity usage,” he explains.

“With it, consumers can expect to save money off their electricity bills. “With the three companies, we work from different perspectives but it is all towards the same purpose. We want to save electricity costs for consumers, and make the transition from old-school electricity generation to renewables.”