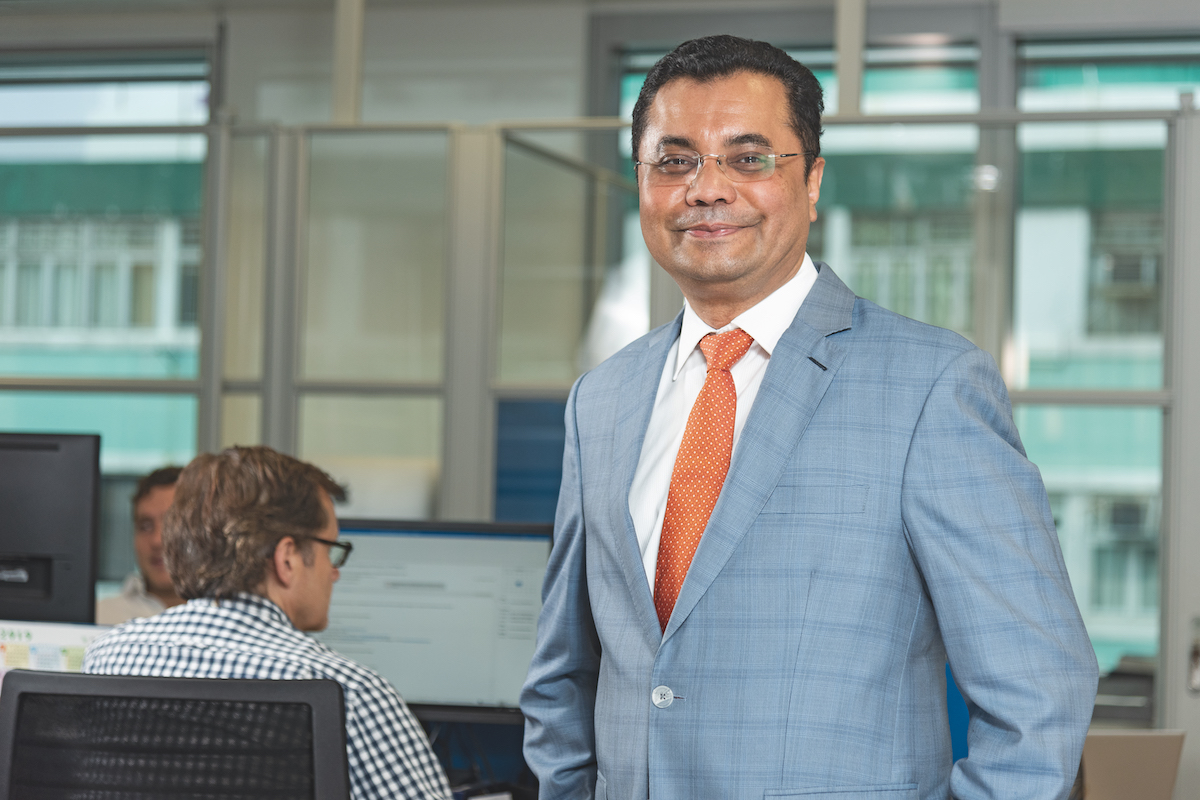 When Pranab Sarmah, the CEO of UPC Solar Asia Pacific, began his career, the solar power industry wasn’t even in its infancy in Asia. It was merely a twinkle in the eye of what was, at the time, a burgeoning global movement to reduce harmful CO₂ emissions and replace fossil fuels with renewable sources of clean energy.

Led by its then environment minister Angela Merkel, it was Germany that took charge on climate change in the mid-2000s, pioneering a government system of subsidies for wind and solar farms that sparked a global boom in manufacturing and technologies to support this bright new era.

“My interest in solar came somewhere around 2006, at a time when Asia was just starting to move towards renewables,” Pranab tells The CEO Magazine. “Prior to that, renewable energy was less of an industry and more of an idea. But after the first solar boom came out of Germany, we started seeing opportunities in Asian markets as supply chains began to build up around the industry.”

With a background in investment, it was while at Daiwa Capital Markets as Regional Head of Technology that Pranab took his first step into renewables, adding clean energy research to his portfolio and becoming Head of Solar.

In 2014, he moved on to AM Capital to lead the Research and Clean Energy platforms and then, in 2015, he joined Korean green energy conglomerate OCI Co to lead solar project business for Asia and Africa as Managing Director and Chief Investment Officer of OCI Global.

His journey with established global energy developer UPC Renewables began in 2017 when he approached Chairman and Group CEO Brian Caffyn about launching their Asia–Pacific solar project development and management platform.

“UPC has a great reputation and has been in development for nearly 30 years. It has a strong growth mindset and it looks at industry in a slightly different way – I think this appealed to me. That and the fact they accepted my proposal,” he laughs.

To date, UPC-formed companies have developed projects with a total installed capacity of 4,500 megawatts and an estimated investment value of more than US$8.4 billion. Managing its own construction processes through a multi-contracting strategy, the company is somewhat unusual in that instead of exiting a project on completion, it sticks around post-construction to retain operational control.

“Our aims are to provide affordable clean energy solutions, support local communities and conserve the environment,” says Pranab. “Whenever you have to make a business decision, or in order to move the business forward, there needs to be an opportunity and a noble cause. The goal is to see how much economic or environmental impact we can have through our project creation.

“Our next generation, in Asia in particular, needs to have access to a better environment and improved air quality so that they can remain healthy. That’s the ultimate goal. My target is to add around a gigawatt of capacity in Asia in the next two years, moving to two to three gigawatts in five years’ time.”

Falling installation costs, government incentives and advances in storage technology mean that the global residential solar market is forecast to increase by about US$266 billion during 2018–2022, with 58% of that growth coming from the Asia–Pacific region. But why has it taken this long for Asia to really embrace solar?

“It’s the capital cost,” says Pranab. “In solar, annual operation and maintenance costs are very minimal. It’s all in the capital you put in upfront, because once you’ve installed the panel, it really runs on its own and is free for the next 20 to 30 years of production life.

“What changed was that once China dramatically increased manufacturing capacity, that really brought down the cost of the solar panels very rapidly from 2012–2013 onwards,” he explains. “Suddenly a lot of the market in Asia opened up and solar energy became viable with very small subsidies.”

As any region’s economy and population rises, so does its energy consumption – and with South-East Asia’s high-density urban areas continuing to sprawl, its electricity demands can only go one way. According to the International Energy Association, ASEAN nations are projected to see their energy needs grow 80 per cent by 2040. 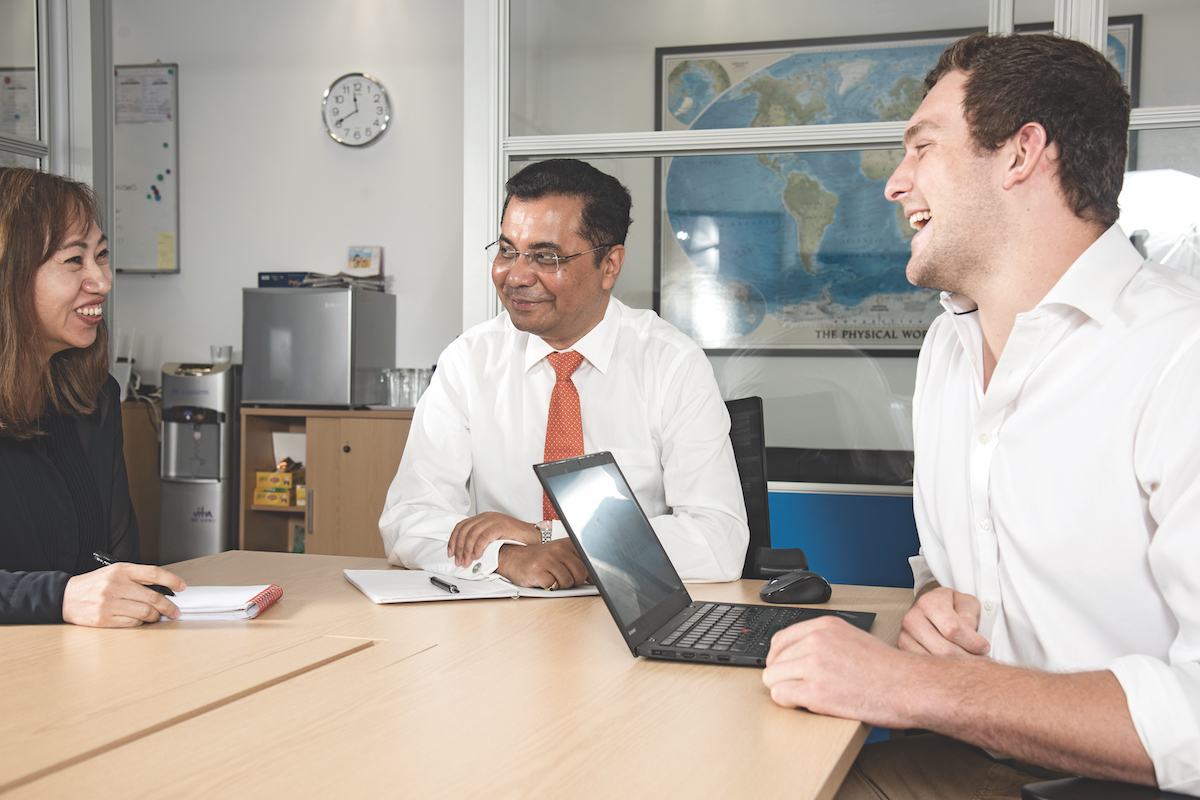 The key for UPC Solar is educating consumers, investors and regulators simultaneously to create the right environment to develop solar projects and realise the country’s commitment to clean energy.

“There are a lot of challenges, especially when so much is policy driven,” he says. “Educating that decision-maker on the government side is always a challenge. We have to spend time lobbying and promoting a project concept to various stakeholders from the government to creative a conducive investment environment for this capital-intensive industry.

“Access to capital at the right cost is always a challenge when we develop a project in a new market – since everybody sees only the risk. But as you move on, with a couple of successful projects behind you, it all becomes much easier.”

Despite the hurdles thrown his way, the Indian-born father-of-two certainly isn’t one to fall apart in the face of adversity. “My motto is to never give up,” he says. “Whenever you start something, you should find a way to complete it. That has always been my personal goal, and it’s this persistence that has put me where I am today.”

“My motto is to never give up. Whenever you start something, you should find a way to complete it. That has always been my personal goal.”

And does he predict a bright future in solar energy? “People are becoming better educated and now realise the importance of reducing their carbon footprint and their impact on the environment. My hope is that if we keep doing what we’re doing, we can make a difference.

“Because, if we keep on polluting the globe in the way that we are, survival of human race will be in question in 50 years. Or if they do survive, it will be in a very different environment and life will be drastically altered.” 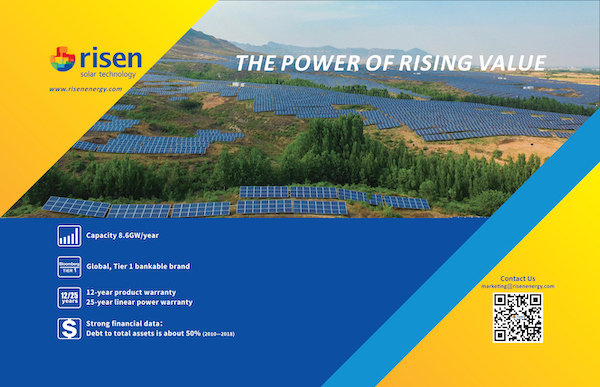 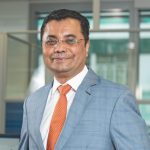