Australia has a complicated relationship with water. Although we’re girt by sea, the inland situation is much drier. The wide brown land is indeed a sunburned country, with flooding rains often in short supply. The 21st century has been particularly parched – it’s believed the current drought is one of the worst in 400 years. 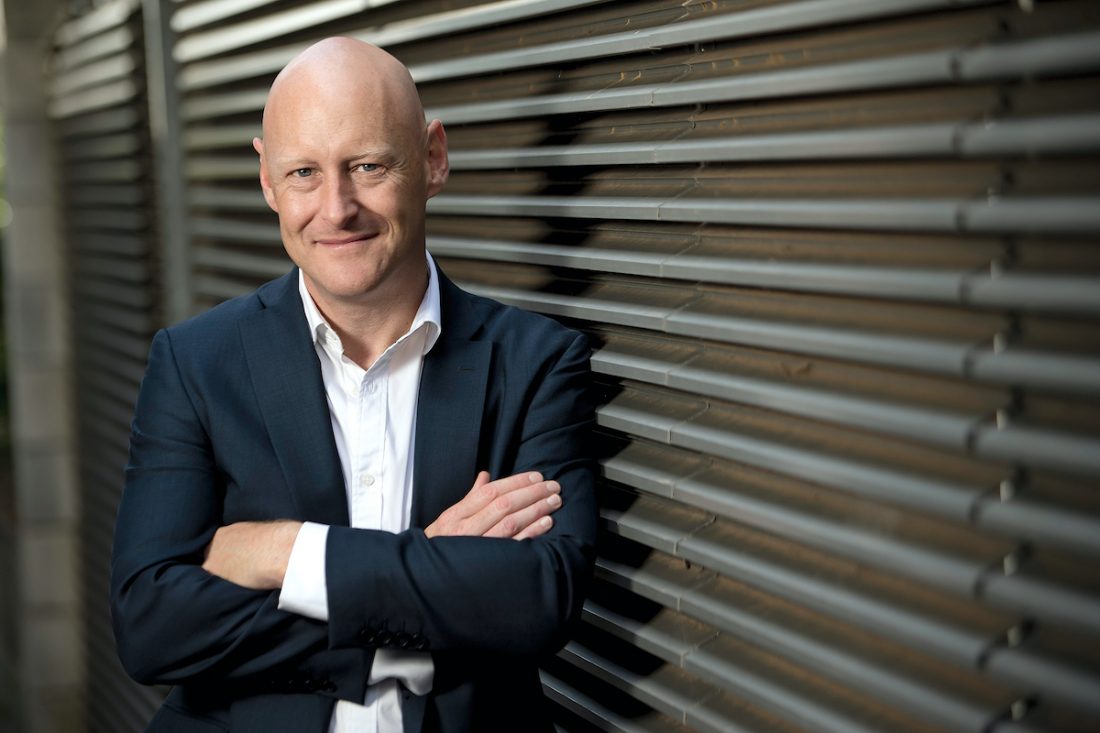 With an economy so reliant on farming and agriculture, water management is a way of life in Australia. As such, a number of natural resource management bodies exist around the country. At a state level, charged with maintaining the steady supply of safe water to Australia’s cities as well as managing infrastructure and operations to better service country areas, these state bodies carry a great responsibility to city dwellers and regional Australians alike.

In New South Wales, Australia’s most populous state, this balance isn’t as easy to maintain. In 2015, the State Water Corporation and the Sydney Catchment Authority were merged to create WaterNSW, which today looks after rivers and dams across the state.

“WaterNSW isn’t a typical utility,” says WaterNSW Acting CEO Andrew George. “We’re in a challenging environment between being a traditional utility and a government department, and to cover that spectrum of stakeholders is complex.

Though not an urban utility itself, like many urban water utilities, WaterNSW is a business. “We’re a price-regulated monopoly, for one,” Andrew says. “And we’re in the middle of a regulatory environment where daily operational decisions are often intertwined with live external stakeholder issues.”

Two-thirds of the water used in NSW is supplied by WaterNSW and sourced from more than 40 dams. “It’s a diverse and challenging operating environment spanning many geographies, communities, stakeholders and lots of different regulatory jurisdictions,” Andrew says. “But at the end of the day, our focus tends to be on the communities in which we operate, and by keeping that focus at a local level, we’re able to stay in touch with local issues.”

A civil and environmental engineer, Andrew honed his craft with a specialist geotechnical and forensic engineering firm before leaving to join the NSW State Water Corporation in 2009. “They were embarking on a new dam safety upgrade program at the time,” he says. “And having come from the private sector, I had a beneficial background and skills. I definitely think I was in the right place at the right time.”

After the merger, Andrew moved into technical services and asset management before taking the role of Executive Manager for Water Solutions & Market Strategy. “I’ve always been very driven during my time with State Water and WaterNSW,” he says. “And I always wanted to do more and drive the organisation forward, so by taking opportunities when they occurred, I moved up the ladder in a relatively short amount of time.”

Despite his corporate elevation, Andrew remains an engineer at heart. “You can take the boy out of engineering, but you can never really take the engineer out of the boy,” he says. “My skill set has carried me through my career; it’s how I solve problems. I constantly apply those principles and learnings and keep refining them.”

It’s the varied nature of these problems that keeps Andrew on his toes. In far west NSW, local water issues revolve around a particularly harsh cycle of drought and flood; across the state, national disasters can devastate at a moment’s notice. In late 2019, a series of extreme bushfires ravaged huge swathes of NSW, impacting many of the state’s water catchment areas. “We then had drought-breaking rainfall and flooding, particularly in Sydney,” he says. “So given all those crises going on, it was a very challenging time to take over as CEO.” 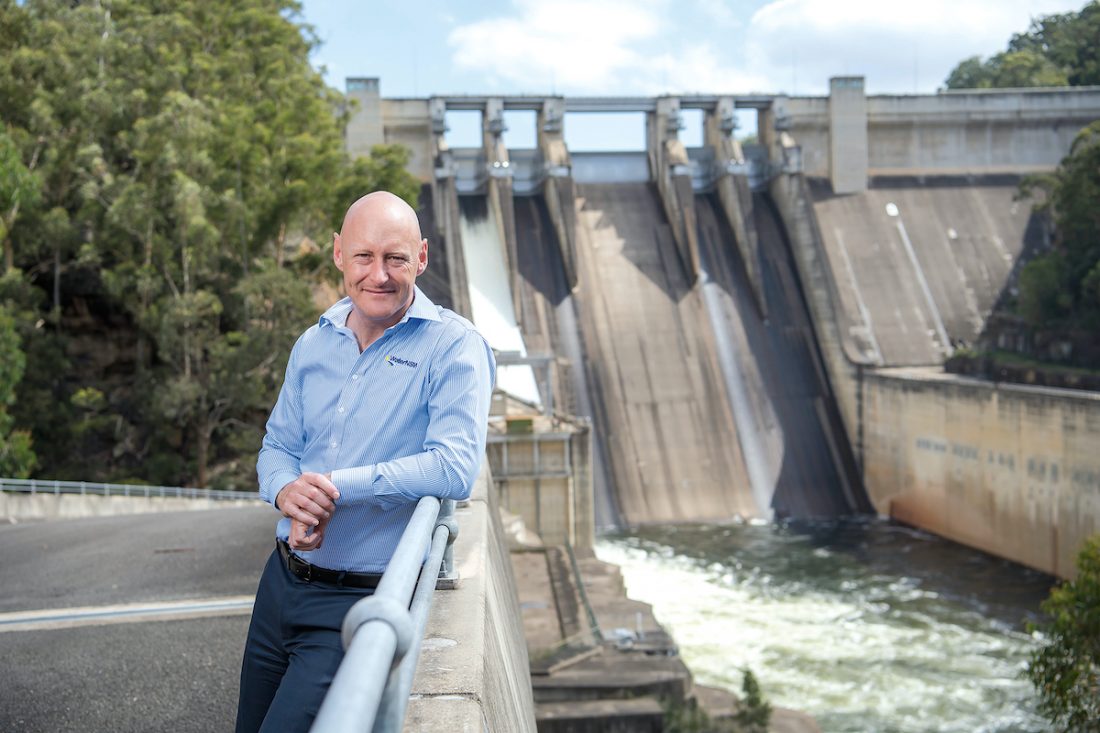 “My skill set has carried me through my career; it’s how I solve problems. I constantly apply those principles and learnings and keep refining them.”

If NSW’s ‘four seasons in one day’ environment wasn’t enough, the previous WaterNSW CEO’s term came to an end around the same time. To the board, Andrew’s experience across the spectrum of WaterNSW’s operations made him the obvious choice to step in, and in May 2020 he did just that. “The organisation had been through a lot,” Andrew says. “Plus, the COVID-19 pandemic was getting worse at that point, so it really was a baptism of fire.”

Once in the job, the issue of being visible rose to the top of Andrew’s to-do list. “I wanted to be able to connect with staff during the pandemic, but I couldn’t get out and visit people for many months, so amongst other initiatives, I started a weekly CEO blog to let them know what was going on.”

Weighing heavily on Andrew’s mind was the uncertainty brought about by the string of natural disasters and the pandemic.

“On top of that, NSW is going through broader water sector reforms, so navigating all of that while trying to maintain our focus on performing our core business of supplying water services to communities and customers has been both challenging and rewarding. I am fortunate to have a very good executive team supporting me and countless dedicated staff across the organisation.”

To meet the challenge, it became clear that a new corporate strategy was required. “We had to support our own people first and foremost, to keep them safe and positively engaged, because that’s when they can best serve the community.”

Additionally, an action plan to improve Indigenous cultural awareness and competency training was put in place. “I’m really proud we’re actually now on that journey, and we’re already starting to see the benefits of that training.”

Andrew’s vision for the future of WaterNSW is, in a word, ‘excellence’. “I have a focus on improving our core operations so that we can become the simpler, more effective and responsive business this industry demands,” he says. “We do what we do so we’re seen as a trusted water and dam operator, which is supported and respected by the communities we serve.”

Whether the Acting CEO will be at the helm as those reforms continue isn’t clear, but as he puts it: “I’ve given a lot to this organisation, and I’ve got a lot more to give.” 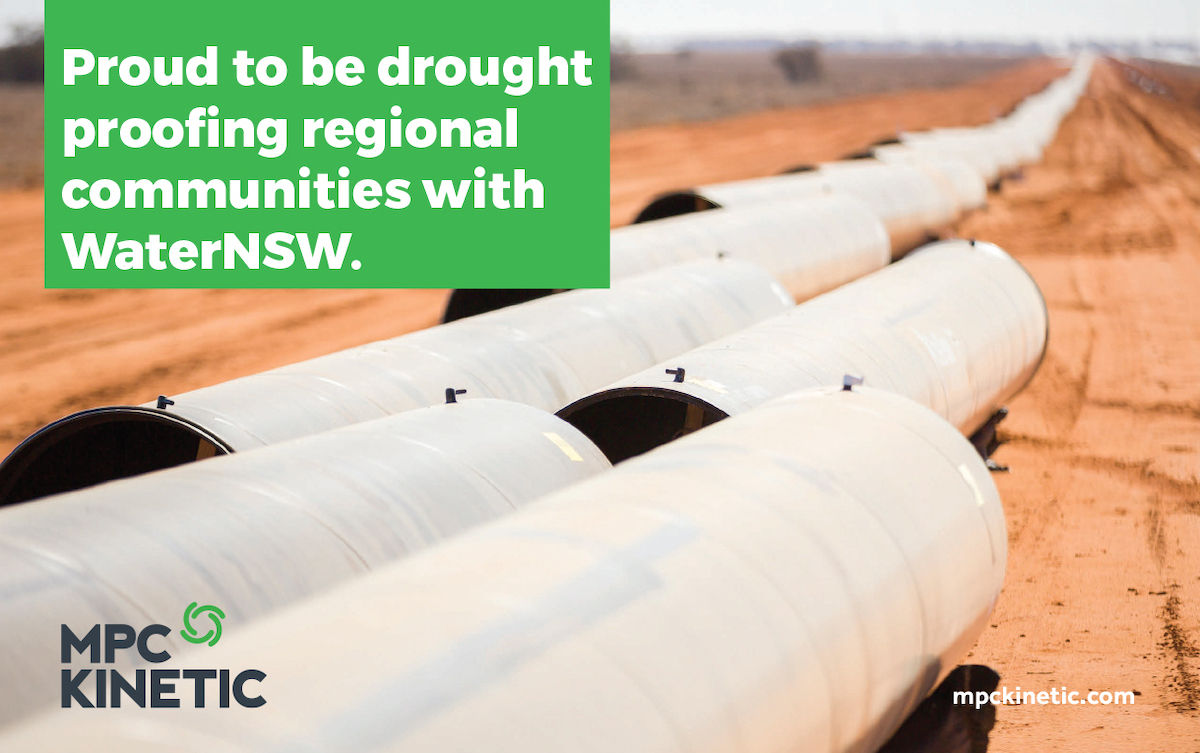 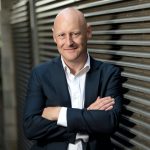