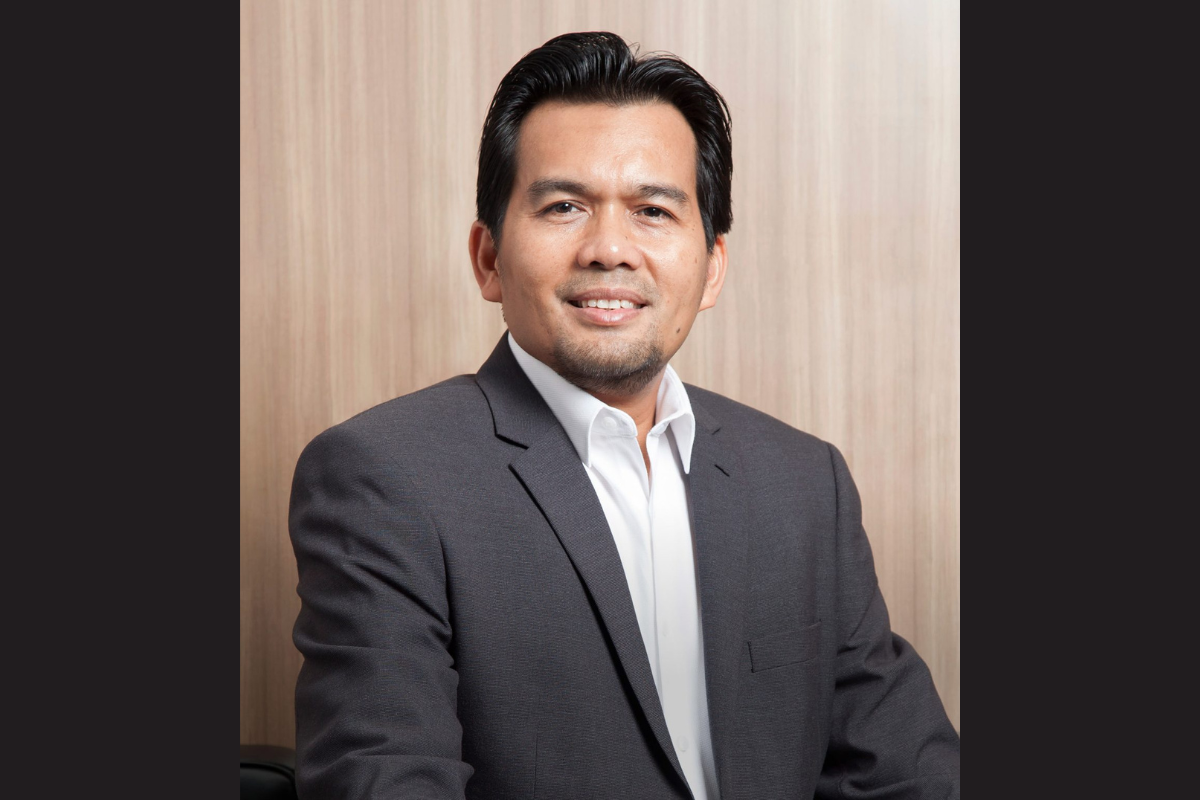 Natural gas has persisted as a viable method of energy production in Indonesia. The country is one of the world’s leading producers of the fossil fuel, and has at times traded positions on the list with its nearest competitor in terms of yearly gas production, the United Arab Emirates.

The importance of natural gas to the Indonesian economy cannot be denied, nor can the importance of Indonesia’s economy itself; it remains the largest gross domestic product in South-East Asia, far outpacing the silver medalist, Thailand, by almost two-to-one.

So it comes as no surprise that the companies in charge of regasification – the conversion of liquified gas to its gaseous state through heat – in Indonesia are doing big business. One of the largest is Perta Arun Gas (PAG), which currently is the sole regasification facilitator in Aceh and Northern Sumatra, locations that have above-average seaport access.

Although it’s only been operating since 2013, PAG has put the infrastructure of the former Arun NGL to good use, revitalizing the tired pipelines and using them to support operations as the company has expanded. 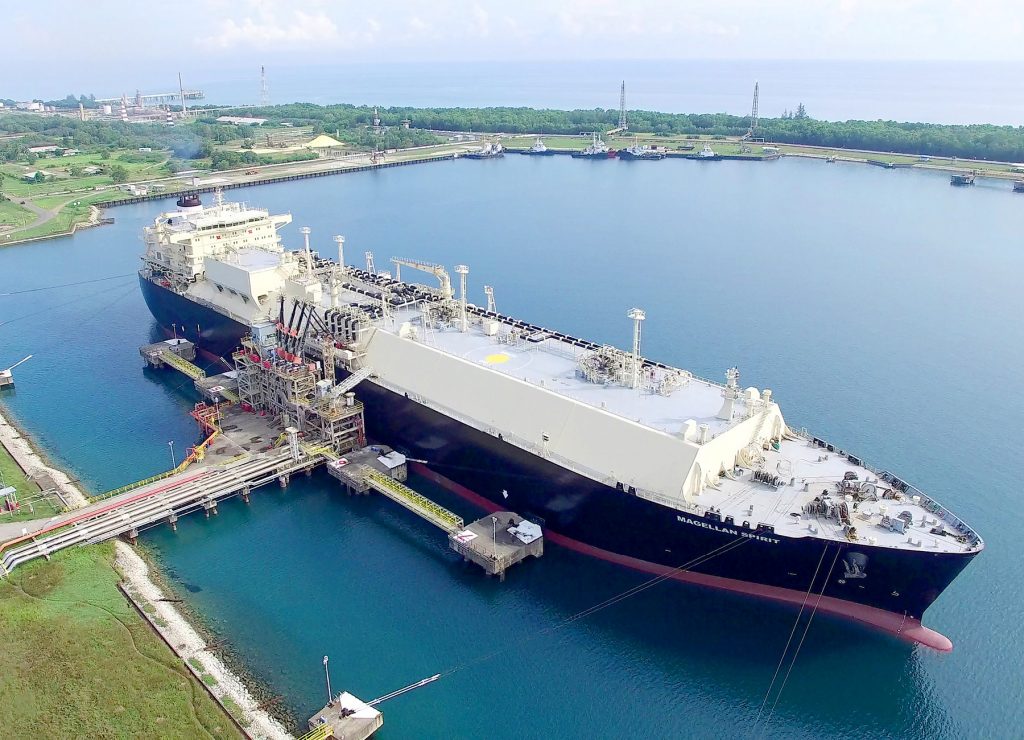 The demand for gas, especially in Aceh and South Sumatra, is growing.

“The demand for gas, especially in Aceh and South Sumatra, is growing,” says Surkani Manan, Vice President of Corporate Strategic Planning and Business Development at PAG. “Luckily, as one of the biggest liquefied natural gas producers in the world, we have huge capacity to meet that need.”

Manan says PAG was created by parent company Pertamina specifically to run the repurposed facility. “We had one objective: to conform the existing LNG plant from the original design as LNG producer to a LNG Receiving Hug and Regasification Terminal,” he notes.

That one objective required a three-stage plan. “First, we optimized the existing assets so that the new Arun LNG hub was capable of providing regasification,” Manan explains. “Once that was done, we were then able to diversify the business.”

New capabilities were added to PAG’s skill set, including LNG bunkering, logistics, fuel and oil bunkering, a shore base and the LNG and condensate hubs themselves. “Finally, we were able to expand the business to involve operation and providing infrastructure to process gas or oil from the water.”

The plan worked, and has allowed PAG to flex its muscles in the sector. “Our assets are huge,” Manan reveals. “We’re very new in the market, but we have enormous facilities, a flexible terminal and a very strategic location. We’re well positioned for LNG supply and trading thanks to our shipping channel, and we have the only bonded logistics center in Indonesia. All of these elements combine to make PAG a one-stop energy infrastructure solution.”

PAG’s explosion of activity in recent times is a way for the company to stretch its legs after the COVID-19 era. “COVID-19 has hit our business hard, and not just us; all sectors were affected,” Manan says. “But we went to great effort to maintain our relationships with clients, and we’ve even been able to attract new customers both at home and internationally this year.”

Among the new clients are Axpo Group, Switzerland’s largest renewable energy company; French giant TotalEnergies; and Kyushu Electric, the biggest of its kind of Japan. In Axpo’s case, the company has signed on to store its LNG in PAG’s hub for the next five years.

PAG also made a splash at this year’s World Gas Conference in South Korea. “We put on a presentation about our targets and our plans to expand,” Manan says. “That was very helpful in attracting potential new clients.” 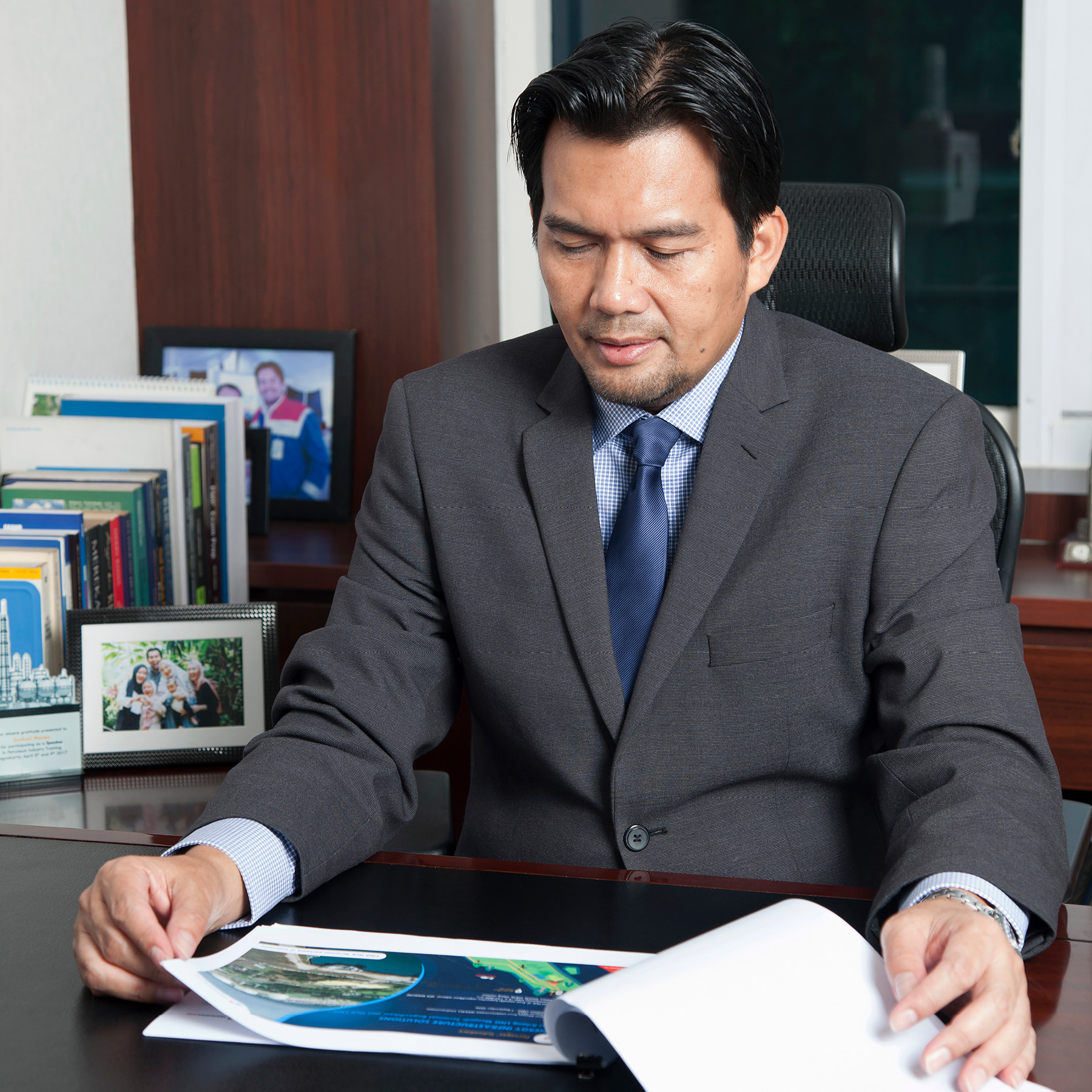 Your team has a much easier time following a leader that demonstrates hands-on effort.

The conference acted as a reminder to the industry that the world has changed. Manan says that PAG’s agility and adaptability have managed to keep the company thriving in the new environment. “The market and the worldwide situation are very different to how they were 10 years ago, or even before the pandemic,” he explains. “What’s important for us is to always conform to existing customers and make ourselves as available as possible to potential ones. We must always adjust our style, our character, our business process to follow the needs of our customers.”

This is done through a combination of PAG’s own human resources team and external consultants who work to improve the company’s viability both externally and from within. “It’s so important to upskill and improve your team,” he says.

“Before I joined PAG, Pertamina assigned me upstream in its coal bed methane (CBM) and shale gas departments. I worked for a year to monetize potential shale gas and CBM. Prior to that, I worked for 14 years for EPC Company and it gave me such great exposure to the industry. That’s what we do for our people, so they can improve their understanding of how best to collaborate with the team and our customers.” 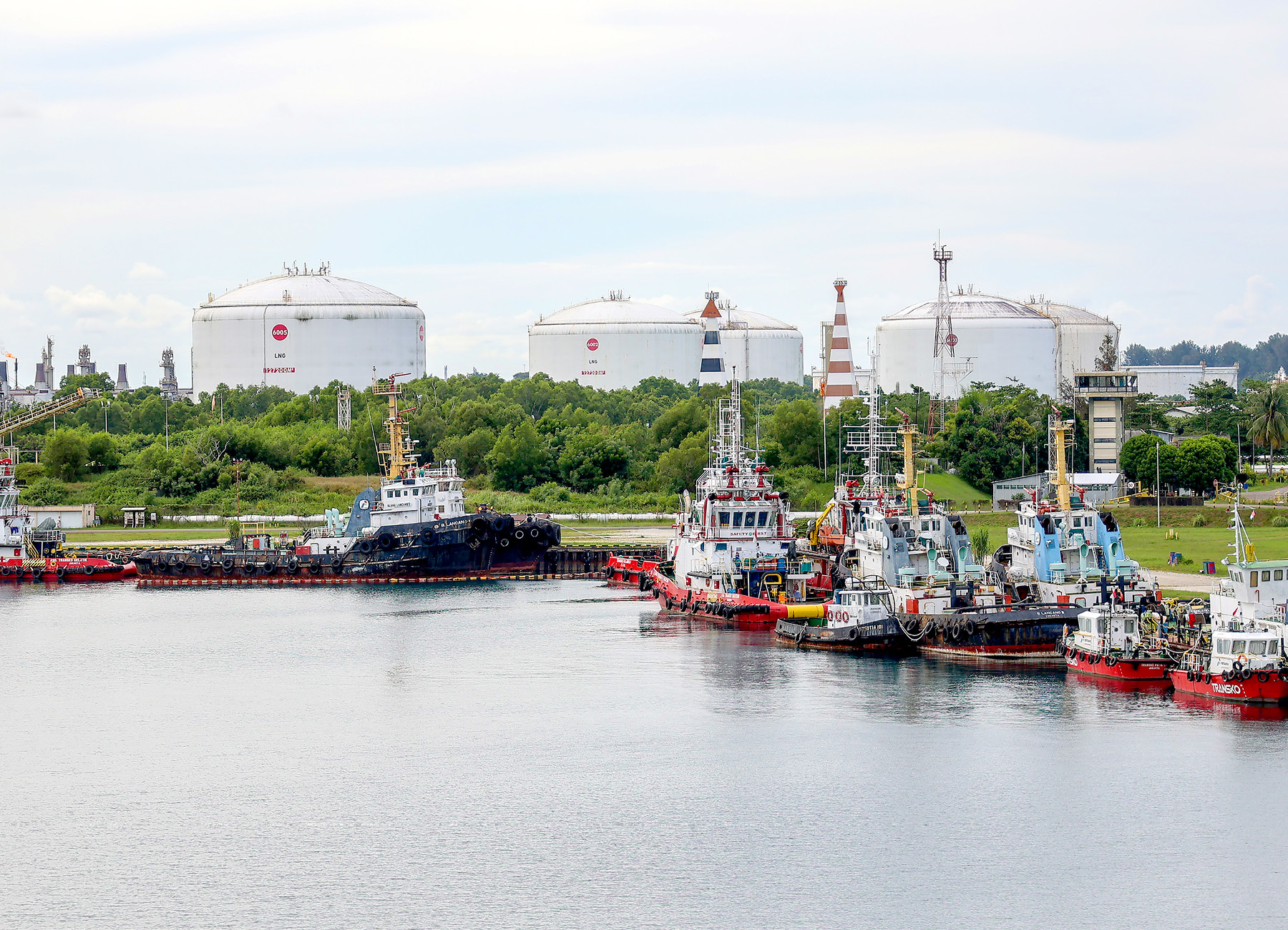 The concept and realization of leadership is also done as a team effort within the walls of PAG. “You can’t just give your team direction,” Manan says. “You have to take on as much of the team’s tasks as you can. Your team has a much easier time following a leader that demonstrates hands-on effort. When I talk with my team, they have an easy time following me because I’m not dictating; I’m demonstrating.”

In a sector like fossil fuel – and especially the energy infrastructure side of the business – challenges are a fact of daily life. For Manan, challenges are something more. “They’re opportunities,” he says. “And that’s how you must see them. For instance, when I became involved in PAG, the company assigned me a target: raise revenue by at least 40 percent. This was before the pandemic.”

As COVID-19 and the associated lockdowns took hold, Manan’s target became a distant dream. “Our clients stopped using anywhere near as much gas, and our revenue dropped by 250 percent compared to pre-pandemic times,” he admits. “We really suffered during those two years, but we used the time to optimize our potential. Eventually, I was able to meet that target and exceed it.”

Now, with the war in Ukraine, challenge has raised its head again. “Some clients have canceled their commitments to utilize our terminal this year as a result of the war,” he says. “But we’ve kept in contact with them. Hopefully, once the war is over, we can pick up where we left off and achieve our growth targets for the Arun terminal.”

PAG’s LNG terminal is central not only to the company’s current operations, but to its future. “We can ship LNG cargo to and from multiple sources around the world,” he reveals. “But we want to expand our operations. We have many potential partners who have expressed interest in collaborating on our strategic project in Arun.

The company already has a large parcel of land earmarked for the future expansion. “Not only will it improve our returns, it will improve the economic business in the area,” he says. “Once our new facilities are built, the competition just won’t be able to keep pace. We have the experience, we have the sector core and we have the network of stakeholders.”

PAG’s suppliers and partners are part of what Manan believes is the company’s key success. “When you talk about operational excellence, it’s not just about how well we do our jobs. It’s about how we improve our teams, how we increase our capabilities and how we maintain our supplier relationships,” he says. “Suppliers are very important to us given the spare parts we need to run our terminal, and so far, Indonesian manufacturers have a hard time producing such material.”

Japanese suppliers in particular are often the heroes when it comes to terminal upkeep. “These are companies we’ve worked with for 40 years, and we still maintain a good relationship,” he explains. This is done through PAG’s annual supplier gathering, which gives partners a chance to socialize outside of the confines of the supply chain. 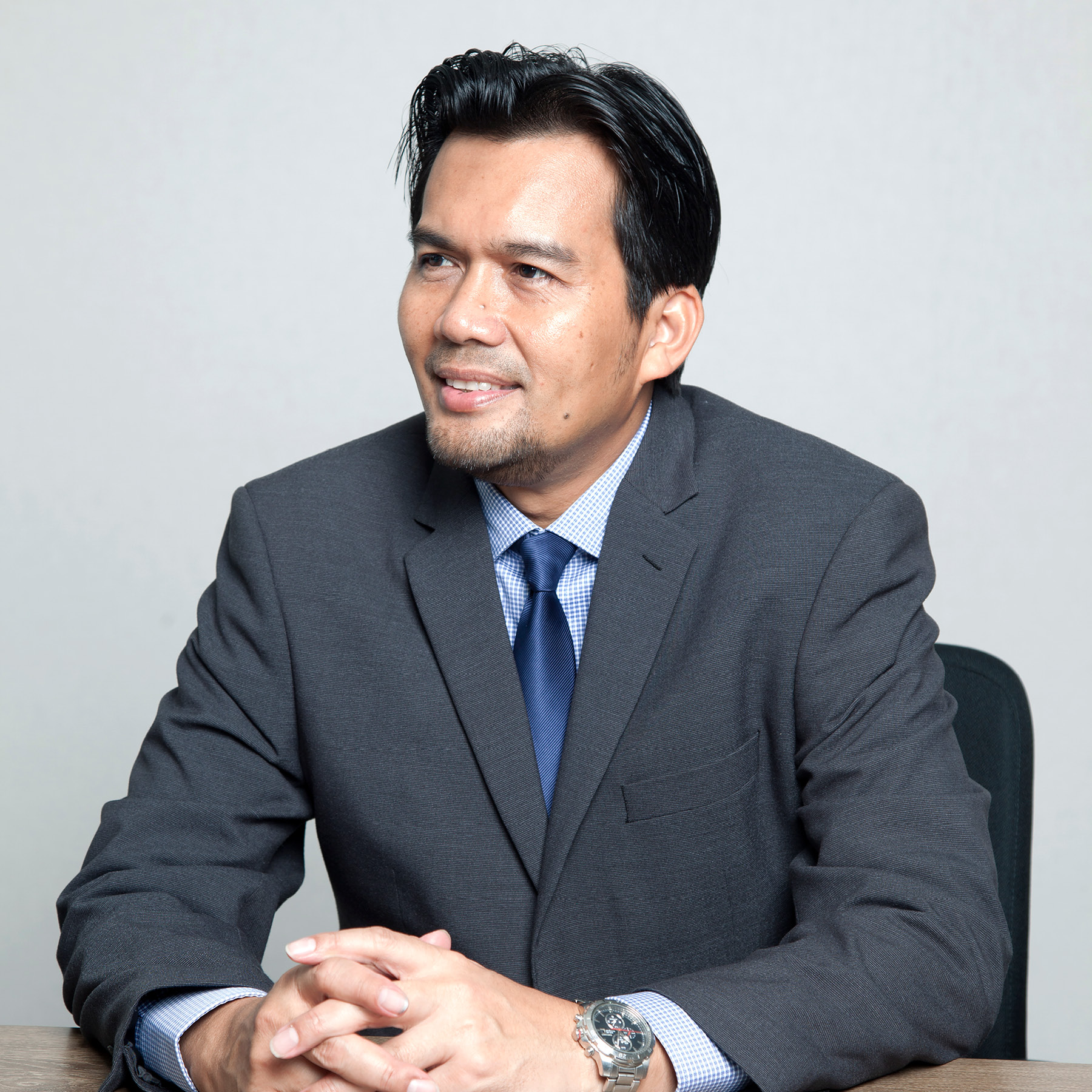 We invite many investors and potential partners to be involved in PAG. Through suppliers, we can do anything.

“We’re always looking at how we can make our customers happy, but we also want to keep our suppliers happy and involve them in the business as much as possible,” he says. “We invite many investors and potential partners to be involved in PAG. Through suppliers, we can do anything.”

A decade down the line, PAG will have expanded again. Manan says it’s the obvious end point of the company’s current trajectory. “We’re already planning the creation of new LNG storage facilities,” he says. Currently, PAG’s storage capacity is 635,000 cubic meters, but by expanding its hub the company will boost that capacity exponentially; in addition, there are plans to add LNG bunkering, jetty-to-jetty transfer and even ship-to-ship transfer. Manan is working towards running a business that’s environmentally friendly and meets net zero emissions targets.