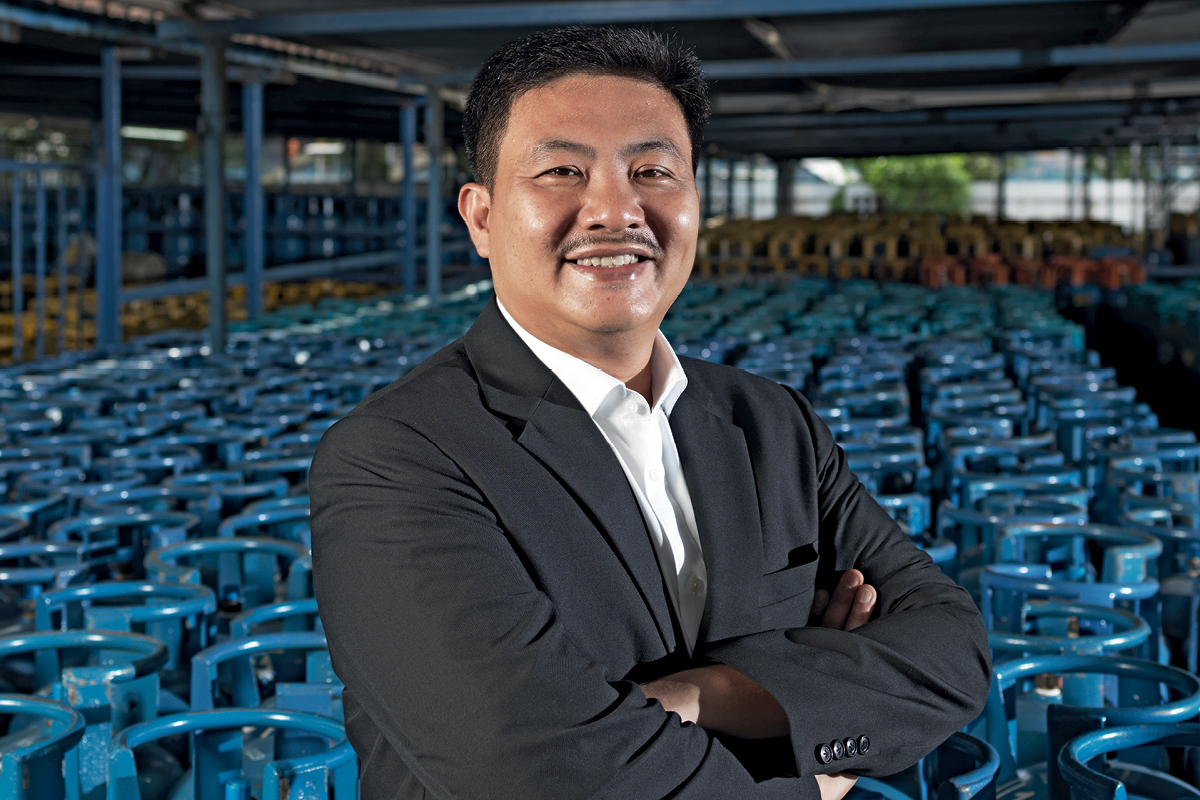 As a small island, Singapore is in an unenviable position for acquiring energy to drive its vibrant economy. With almost no resources of its own, it has to import nearly all its energy materials in the form of natural and LP gas, diesel and petroleum.

About 95% of its electricity is produced from natural gas, with other sources such as coal and fuel contributing the rest. After 40 years in business, Union Gas Holdings is a central player in Singapore’s energy market.

Its subsidiaries are engaged in the diesel, compressed natural gas, domestic and commercial LPG markets, and it holds significant shares of each market.

Executive Director and CEO of Union Gas Holdings, Teo Hark Piang, has more than 16 years’ experience in the gas, gaseous fuels mains distribution and wholesale business in Singapore. He was an executive director of Union Energy Corporation from 2003 until 2018, and remains a non-executive director.

He played a key role in Union Energy becoming the first LPG company to supply LPG to hawker centres in 2006. Now, as Executive Director and CEO at Union Gas Holdings, he has a ‘helicopter’ view of the country’s energy industry.

“I think we’re in a very good position as an LPG company in the market. We have grown from a small company to what we are today – we were recently listed on the Singapore Stock Exchange. Our business consists of LPG bottling, LPG distribution and retail, wholesale, diesel, the sale of diesel and compressed natural gas, and we recently received a licence from the Singapore Energy Market Authority as a piped natural gas retailer. With Union Energy, we also retail electricity, so we cover a lot of the energy sector in Singapore.”

Union Gas and Union Energy together currently have 500 staff and Hark Piang puts part of the company’s retail LPG success down to its emphasis on the “human touch”.

“We get our managers to engage with our customers, know them well, visit them frequently and work to maintain the relationship. This kind of business is mostly a human-based business,” he says.

During Hark Piang’s tenure at the company, enormous change has overtaken the energy industry, but among it all he was particularly pleased when Union Gas Holdings was publicly listed. “I think my most important achievement is getting the company listed on the Singapore Stock Exchange. We are the first company with LPG technology in Singapore to be listed,” he enthuses.

Union Gas holds about 65% of Singapore’s LPG market, making it a dominant player. This can be a problem, says Hark Piang, and poses a challenge for the company. 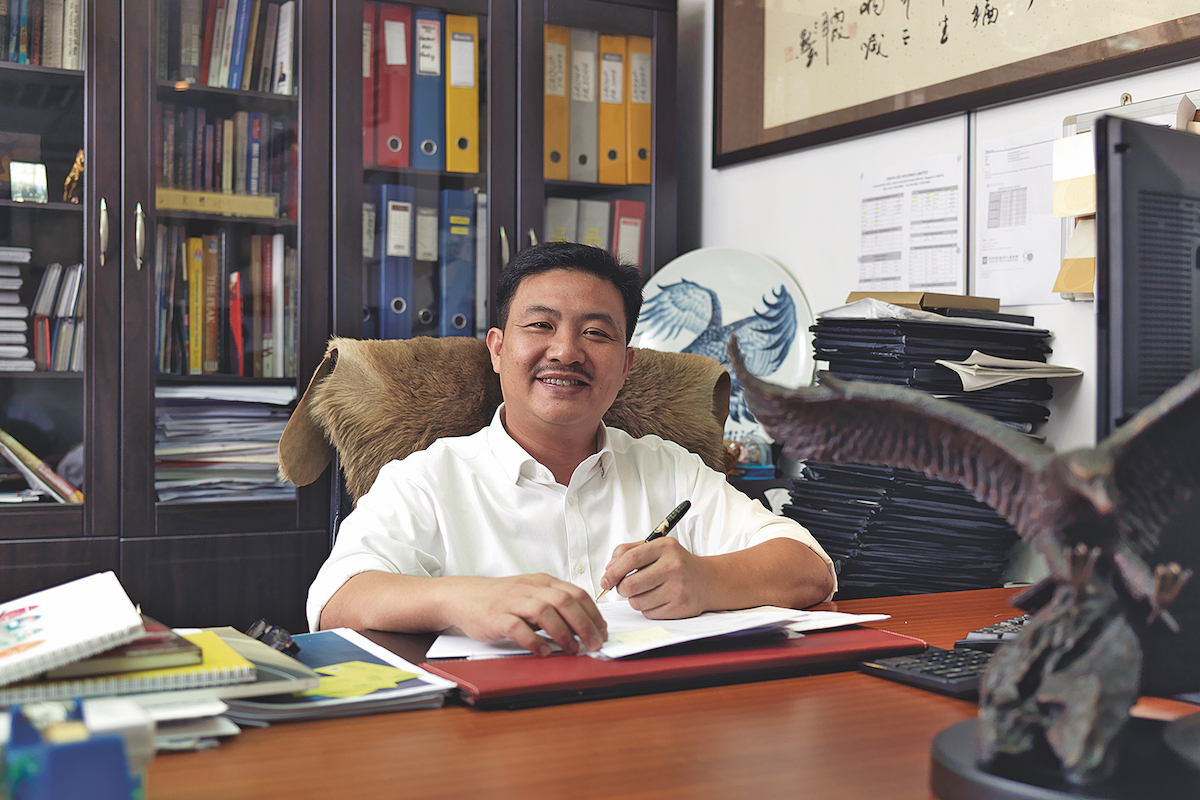 “The biggest challenge for the company is the small domestic Singapore market. It’s very small. We need to go overseas. If not, I think we will become stagnant. So our greatest challenge is expanding our business – that means more overseas expansion. We are approaching different countries at the moment – mainly China, as it’s the engine of Asia. And we’re approaching Cambodia too,” he says.

“At a corporate level, the culture of the company is that we listen to new ideas and try innovations. We’ve always tried new things. We’re taking ideas from all our management, and we move very fast.”

“At a corporate level, The culture of the company is that we listen to new ideas and try innovations.”

Union Gas has another challenge that will take quite some time to work through, says Hark Piang. His focus is presently on introducing new blood into the company.

“We want the younger generation here in order to have a sustainable business,” he says. “I think most of my staff and my managers have been here for a long time. Young people now are looking for job prospects – they like to have a stable job and at the same time greater prospects, and they want a bright future.”

Here lies the predicament for Hark Piang. “Our challenge is that the LPG energy business is very traditional, so in order to attract more people, especially young people, I think we’ve got to transform this traditional business into an IT-based, less manual business. We are trying to cut out the manual labour, like checking gas meters, and go to a web-based kind of operation. Then it will be transformed into a more professional, rather than just traditional, business.”

“In order to attract more people … I think we’ve got to transform this traditional business into an IT-based, less manual business.”

He has some advice for those newcomers to the company, which he learned many years ago when he was young himself. “The best advice I received from someone a long time ago was that with knowledge comes wealth. Be kind to people as you climb the ladder, step by step. Things don’t happen overnight – you need to take time,” he insists.

Hark Piang is heavily involved in local community work and was presented with the Public Service Medal (Pingat Bakti Masyarakat) in 2015 by the President of Singapore for his contributions to the community.

“I have been in grassroots community service and contributed lots of my own free time,” he says. “Money and time help the poor and the needy. I always feel that we can make a difference. We all try to make all we can. We try to save all we can. And at the end of the day, we need to give all we can.” 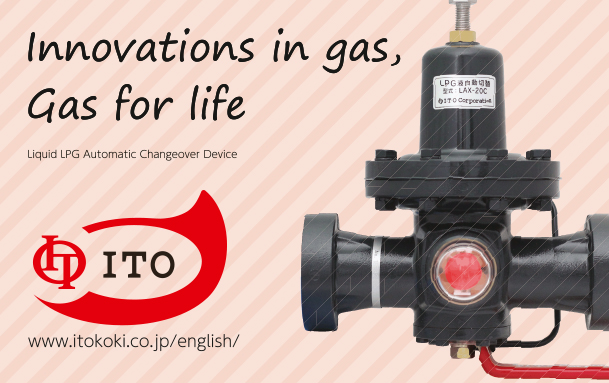 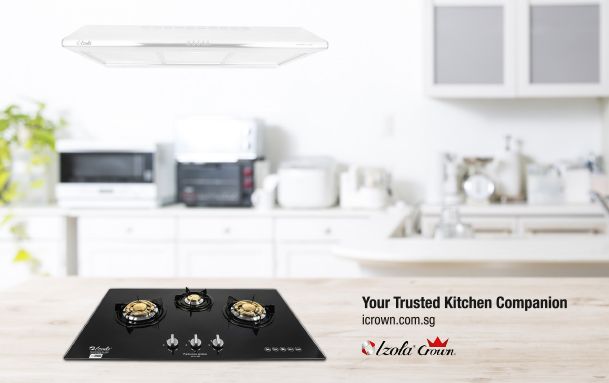