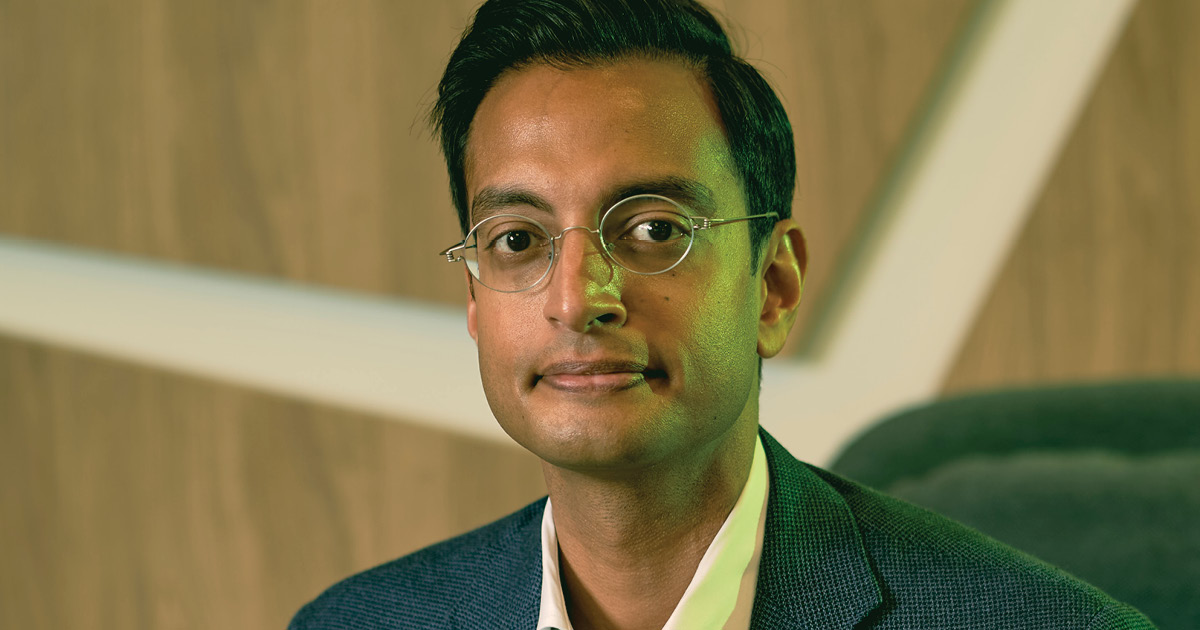 The great Roman contemplative Cicero first observed: “Gratitude is not only the greatest of the virtues, but the parent of all of the others.” His philosophy was echoed in the work of the revered 18th century economist Adam Smith, who opined that to be truly grateful, you must reward others for the good they have done to you and act reciprocally in a way that will benefit society at large.

It’s entirely feasible then with a bachelor’s degree in both philosophy and economics from the prestigious Georgetown University, that their teachings rubbed off on Vishal Goradia. Because, as the CEO and President of Vinmar International – arguably one of the more progressive-thinking petrochemical companies in the world – he believes in running the business from a position of gratitude every day.

Part of this gratitude stems from the fact that Vinmar remains very much a family business. The company was founded in 1978 by Vishal’s uncle Vijay, and led by his father and former CEO Hemant for more than two decades. An early exporter of petrochemicals from the US to India, in 1985, when the company moved operations to Houston, Texas, it went gangbusters. With the help of global suppliers, the company expanded operations globally over the next 15 years.

Building upon its distribution, logistics and marketing offering in the 00s, the company began partnering with new greenfield petrochemical plants, extending them advice and support and providing a commitment to buy a percentage of their product. Mergers and more acquisitions followed, to the point that by 2020, with 50 offices in 36 countries, the company’s revenue exceeded US$3 billion.

A passion for business

As self-effacing as it might sound for someone at the helm of a highly successful global company to admit, Vishal says neither his uncle nor his father ever imbued him with any sense of entitlement, nor was his succession a foregone conclusion. “It was never the plan that I would join – much less take over – the company,” Vishal admits.

“Transitioning a good-size business into the second generation is a difficult task, and one that many fail to do successfully. Fortunately, I have a passion for business and I’m suited for it. That’s not always the case within a family, so the chance to play at this high level is one for which I’m tremendously grateful.” 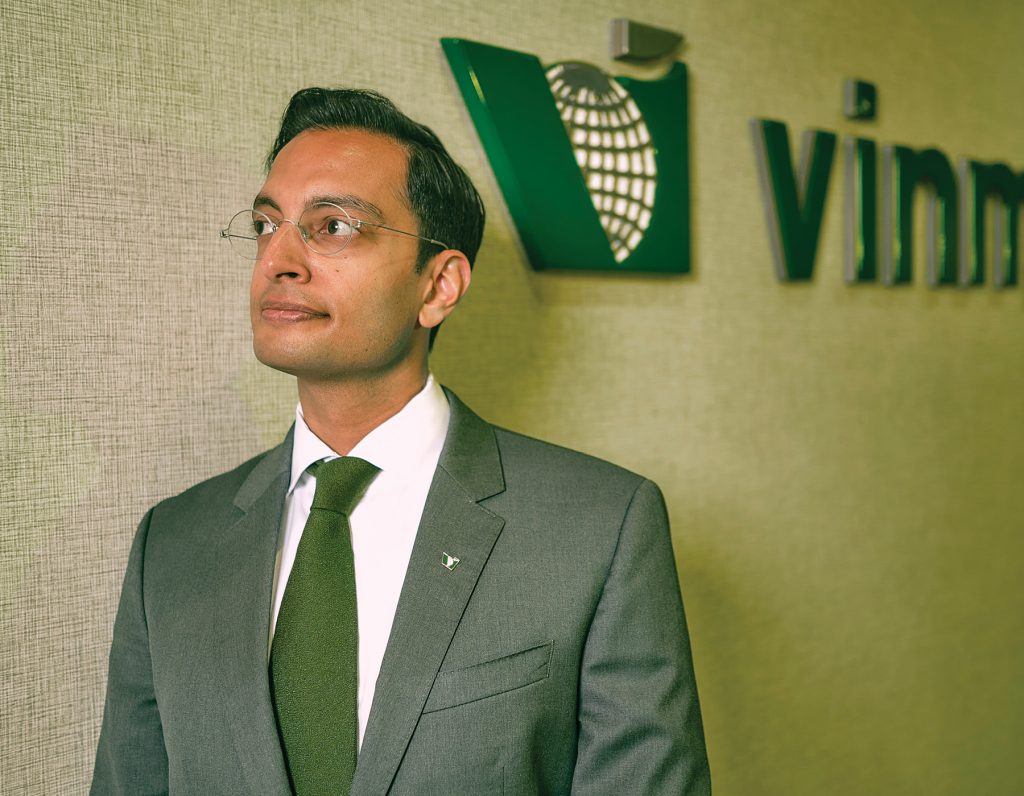 Vishal certainly did the hard yards, working his way up through the company before eventually running its plastics division for five years. It gave him broad exposure to the business globally; from suppliers to customers to employees, the latter which he describes as Vinmar’s “lifeblood”. In the end, the decision to pass the mantle to him was both meritocratic and strategic.

“You often see in family businesses where leadership transitions are delayed or worse, they’re forced due to an emergency. Instead, we made our transition from a position of strength – a strong balance sheet with good momentum in our core business,” Vishal reveals. Happily, he adds, both Vijay and Hemant remain part of the business, sitting on the board. “They still provide me with support, for which I am extremely grateful.”

While no company could have planned for the pandemic, Vishal says it was fortunate Vinmar was uniquely experienced in adapting to crises. “As an international business with a long history operating in a variety of economic and political environments, there is always a crisis somewhere. So while COVID-19 represented the first time there was a crisis everywhere, it gave us focus,” he recalls.

“Thankfully, we had a strong balance sheet, strong relationships and stable leadership, and we leaned on all of those strengths to react quickly, pulling every lever we had to weather what might be a multiyear storm.”

Vinmar pivoted fast, running work-from-home trials in advance of government lockdowns. “We had to see what worked and what didn’t; who needed high-speed internet, laptops, printers, scanners and so on,” he adds. “By looking at our gaps and dependencies proactively, we secured the equipment we needed with a big head start, and it allowed us to make the transition more smoothly than some.

“But if anybody had asked me at the end of 2019 whether we could operate with 90% of our global workforce working from home, I’d have said, ‘Absolutely not!’ Yet we were pleasantly surprised. And it really happened because the team pulled together.”

Even more fortuitously, global markets for plastics exhibited strong recovery post-lockdown. “By the end of the third quarter of 2020, we were relatively confident the worst had passed, although the worst certainly had not come to pass for the social and public health crisis,” he reflects.

Indeed, Vishal felt sobered in witnessing the importance Vinmar materials would wind up playing throughout the pandemic. “Plastics and chemicals were the only thing keeping the global supply chain clean and the global populace sanitized – from polypropylene for masks, to plastic wrapping so people were comfortable buying the goods they needed. To see how critical the materials we sell to global society actually began to put things in perspective for me.”

Opportunity comes from inquisitiveness; a willingness to think critically and creatively, with one eye towards always improving.

Other silver linings materialized. Heartened by the way Vinmar employees had rallied during COVID-19, one of Vishal’s first steps as CEO was to champion initiative and lateral thinking across his team. “I asked for any ideas they had in the past that may not have been acted on,” he says. “What better time to put everything back on the table, assess the pros and cons, and see if decisions made in the past were still the ones that would serve us in the future?”

That openness to change and inclusivity has since paid dividends. “It’s allowed our team to get creative, to think abstractly, and be a part of setting the tone of the business for the next five years.”

Even now, the organizational neuroplasticity shown by his extended team is something Vishal feels immense gratitude for. “Management does not have a monopoly on good ideas. Good ideas can come from anywhere. It’s incumbent upon leadership to recognize and reward those ideas, and put them in a position to succeed,” he insists.

Vishal is adamant that a conservative business approach is not mutually exclusive to countenancing change. If anything, he sees it as vital for growth. “Whenever anybody says, ‘Well, that’s just the way we do things here,’ it usually means they don’t know why they do it that way,” he laughs. “Opportunity comes from inquisitiveness; a willingness to think critically and creatively, with one eye towards always improving.”

Plastics with a purpose

Vishal’s quest for Vinmar to evolve and embrace new technology is exemplified by a proactive shift toward sustainability. The plastics industry often gets a bad rap in media conversations about sustainable business practices, but he passionately believes his company can play an important role.

“Vinmar has signed up to the Alliance to End Plastic Waste, a leading not-for-profit organization with a mandate to incubate and deploy sustainable solutions.” 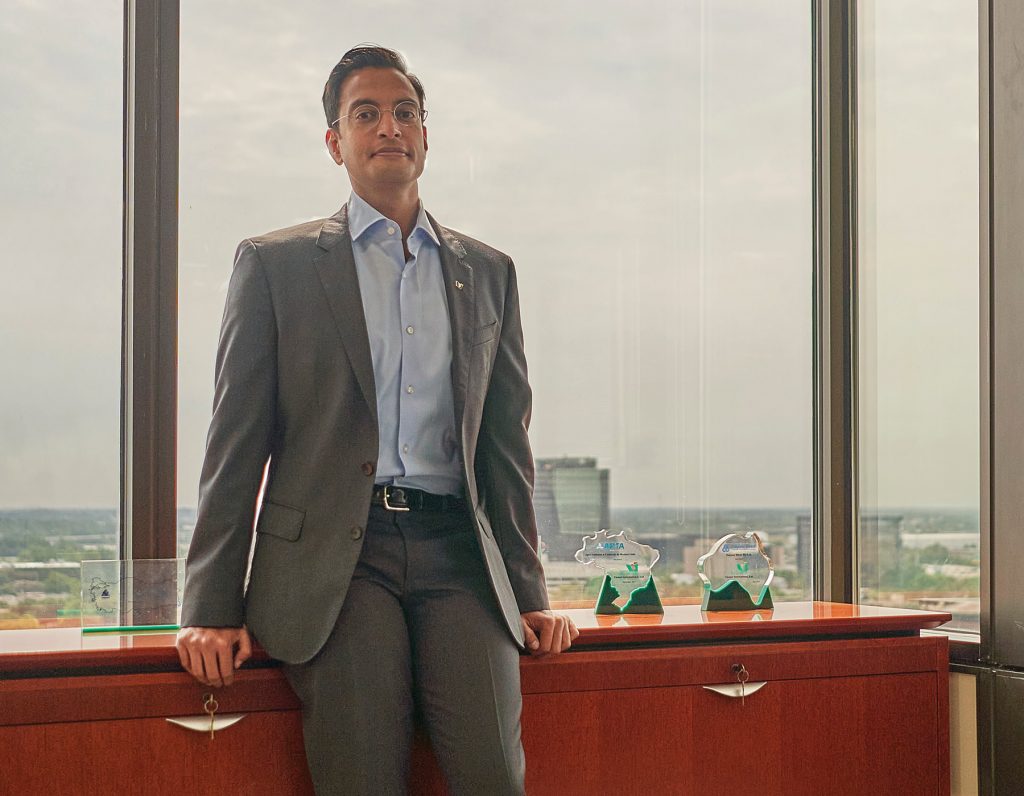 In addition, Vinmar has invested in a company called Banyan Nation, which has developed a proprietary technology to identify the location and type of post-consumer waste plastic.

“Recycling is critical in the path towards a sustainable future,” Vishal asserts. “So this partnership is a way for us to develop a broader understanding of the market.”
One new sustainable initiative Vishal is excited about is an ingenious new technology called AirCarbon.

“It’s developed by a US company called Newlight Technologies and is made from a biopolymer called PHB [polyhydroxybutyrate],” Vishal enthuses. “We feel privileged to be Newlight’s partner as it increases capacity. And we plan to be there, arm in arm, to help introduce its materials into the market and give it as broad of a customer base as possible.”

Recycling is critical in the path towards a sustainable future.

This positioning of Vinmar at the forefront of new sustainable markets forms only part of Vishal’s umbrella strategy for future growth. Equally crucial, he believes, is continuing to strengthen the company’s stakeholder relationships. “It all comes down to reliability and a high level of professional ethics,” he says. “As a company, we do what we say we’re going to do, and pay our suppliers and counterparties on time. We take that responsibility seriously. They’re counting on us to achieve their plans, so we need to execute on our commitments in order to not let them down. It’s a position of trust I was raised to take personally.”

According to Vishal, fostering the same trust and extending the same gratitude toward Vinmar’s employees is just as vital. “It’s about creating an environment where they feel fulfilled in the work they do,” he explains. “Giving them certainty that the business is in good hands, with engaged leadership that extends loyalty to them for their hard work, is really top of mind for me every day.”

Often though, Vishal is reminded of his company’s true impact in the everyday minutia. “It’s funny, whenever I glance around at anything plastic sitting on my desk, I think to myself, ‘Someone is manufacturing that, and there’s a pretty good chance they’re buying the raw materials from Vinmar.’”

And for that, yes, he is also eternally grateful.