Don’t ignore the symptoms: How to beat burnout when you’re the boss

We all have bad days at the office. But what if you’re the boss, the one the company relies on to keep it together? What do you do when it all starts falling apart? You start investing in you. 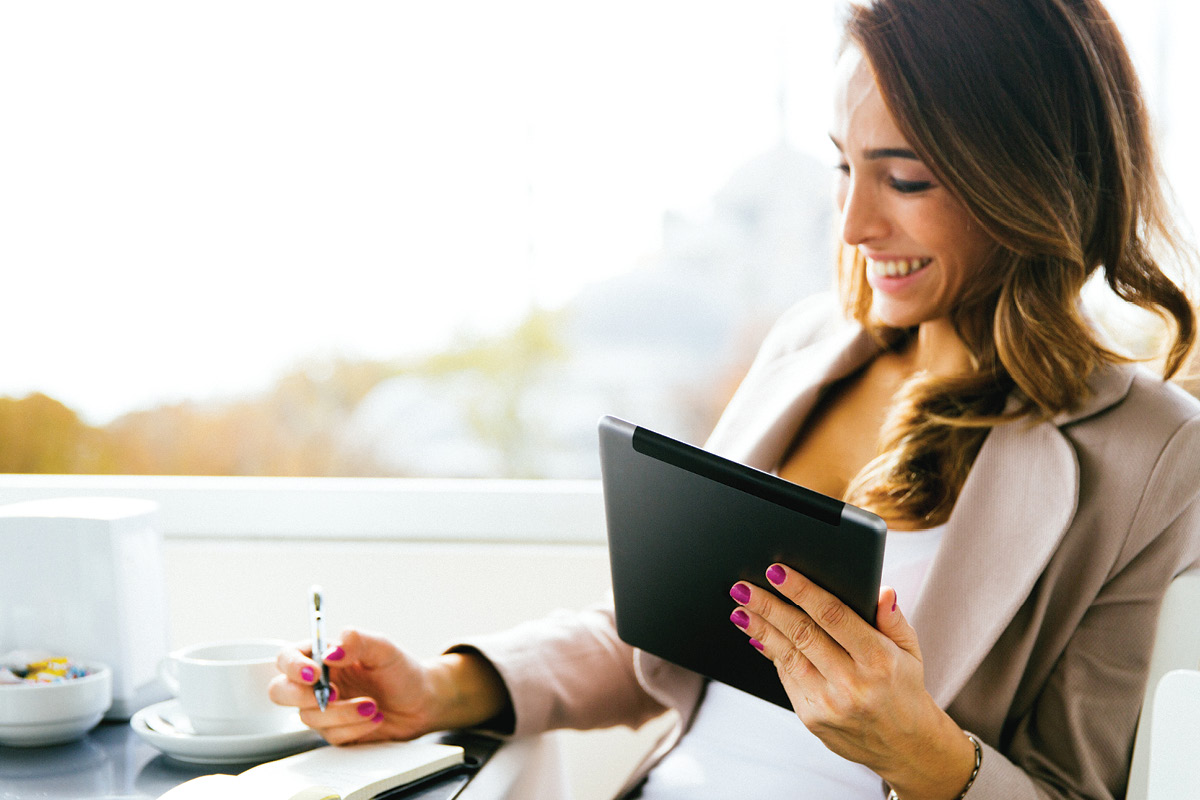 Burnout, defined originally as the reduction of fuel to nothing through use or combustion, applied more to engines than people. Today, however, ‘burnout’ conjures up a very human mental meltdown.

While stress is arguably a positive motivator, burnout is caused by relentless stress triggering constant depletion of mental, physical and emotional energy, disengagement, negativity and resentment.

The symptoms are broadly similar across the chasm from factory to boardroom, but are dealt with differently. Employees can vent in the lunchroom, go to HR, or use in-house health and wellness programs, whereas CEOs are committed to a more private world.

While stress is arguably a positive motivator, burnout is caused by relentless stress triggering constant depletion of mental, physical and emotional energy, disengagement, negativity and resentment.

As high achievers, the journey to the top is driven by adrenaline and team support; however, once feet are firmly planted under the corner office desk, the view is different.

Working largely in isolation, the responsibility to make revenue, please the board, troubleshoot and sign off on unpopular decisions can be overwhelming and stall the ability to move the company forward. Often, the boss is exposed to brutal public scrutiny, with mistakes catapulted virally within minutes and, at any glimpse of fatigue, vulnerable to attack.

‘I just want to figure out how to be happy.’

Nan Dow, the head of Executive Practice at Sageco, an Australian RiseSmart company providing transition services, has spent more than 15 years getting inside the heads of CEOs to declutter and reconfigure their negative thoughts. She recalls one pivotal moment when she asked a high-profile CEO what more she could do to ease him through a very rough and public ordeal.

“He said, ‘I just want to figure out how to be happy.’ We had to reconnect with the parts of his world he had neglected, discover his purpose, and create a new career that delivered on this.

“Being a CEO is a damn tough gig that is flippantly dismissed because people believe it goes with the territory and the money compensates,” Dow says. “But it’s lonely at the top, and the tougher it gets the lonelier it becomes. The path from stress to burnout is insidious. It starts with exhaustion and excessive overuse of energy, leading to despair, negativity, cynicism and feelings of hopelessness.

The path from stress to burnout is insidious. It starts with exhaustion and excessive overuse of energy, leading to despair, negativity, cynicism and feelings of hopelessness.

“The human body was only evolved for intense fight or flight situations,” Dow explains. “Adrenal glands release stress hormones such as adrenaline to help you cope with the threat at hand, giving you quick access to energy. Consistent, stressful workloads eat into the time for the things that rejuvenate us, and this triggers an imbalance and eventual damage as the neural circuits and structure of the brain are altered.”

Stress: the health epidemic of the 21st century

Stress, dubbed by WHO as the health epidemic of the twenty-first century, is recognised as a global phenomenon threatening productivity, retention and healthcare costs. The Global Organization for Stress reports that 60% of workers in major global economies experience stress.

“The CEO role isn’t really the taskmaster,” Taylor explains. “They should be looking at the bigger picture, being creative, being strategic, while others make sure things are on time. To get to their level, they need to have nurtured good resilience, but over time, after a few setbacks, they can start to doubt themselves.

“Initially I was surprised that CEOs wanted to work on their self-confidence, but it is pretty common. They stop being innovative, which is key to being CEO; instead, the big part of their brain that gives them that spark of originality shuts down.”

Stop the spiral down to burnout

As a CEO who built and sold technology companies, James Green lost that spark. In 2010, after selling Giant Realm in New York, he lost motivation. Describing his previous holidays as opportunities to “work while being with my family in a pleasant environment”, he took a year off to sail the Atlantic with his wife and children.

The voyage restored him, and while admitting he needs stress to keep him sharp, as CEO of Magnetic Media Online today he recognises that too much blocks his imagination and productivity.

Founder of HuffPost Arianna Huffington is another who redefined corporate success, launching Thrive Global, a worldwide network aimed at revolutionising the working culture from the top down.

Her now well-known wake-up call came a decade prior when she collapsed from exhaustion and woke up with a broken cheekbone and slashed eye. “I asked myself, ‘Is this what success looks like?’ Our lives are fuelled by stress, while our relationship with technology has made it harder to take time off and recharge. So l made changes to my life: more sleep, yoga and meditation, and less gadget time,” she said.

More companies are starting to react to the impact of stress. In America, Johnson & Johnson has launched a US$100,000 anti-burnout program for CEOs, which involves participating in independent assessments on work–life balance. In Germany, Volkswagen, BMW and PMA have imposed bans on emails 30 minutes after a shift ends, with Germany’s employment ministry following suit; and France made the ‘right to disconnect’ part of the country’s labour law.

“I know leaders who have made the disconnect a non-negotiable policy,” says Taylor. “A principle of resilience is to play hard and rejuvenate hard, and an obvious element is to get eight hours of unbroken sleep. If you’re not doing that regularly, you are heading down a spiral towards that burnout.”

“If you have good connections, you are also more likely to stay resilient,” he adds. “Organisations such as The CEO Circle and The CEO Institute provide regular get-togethers of peers to discuss issues. You will struggle if you are not looking for connections outside.”

Try one of these when you need to invest in yourself.

Award-winning Gaia Retreat is nestled in 10 hectares of Byron Bay hinterland in northern NSW, Australia. It was co-founded by Olivia Newton-John and offers an environment
to refocus, rebalance and restore. 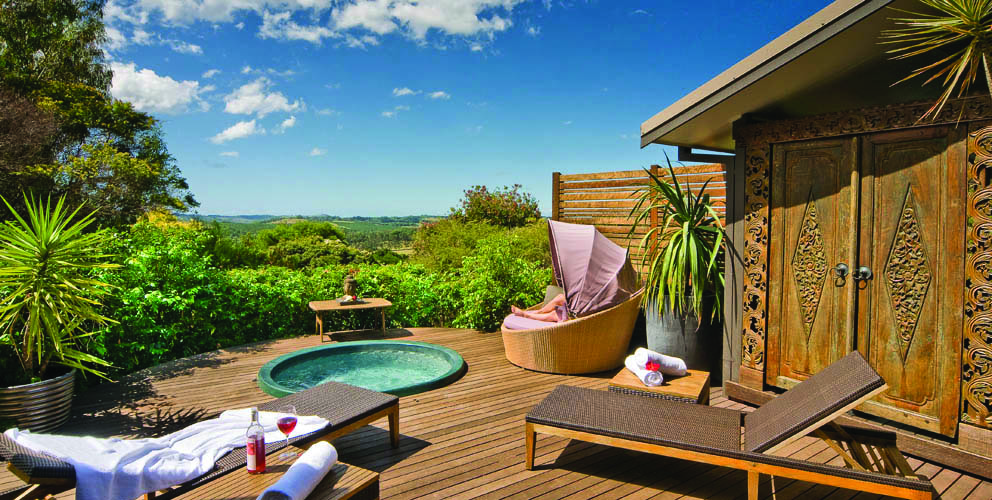 Programs can be tailored to suit, with packages including De-stress, Weight-loss, Detoxify and Fitness. Awards include World’s Best Day Spa, Best Luxury Spa Retreat, and World’s Leading Retreat. Packages start at A$1,145 for two nights.

Located 185 kilometres south of Bangkok in the royal city of Hua Hin, Chiva-Som International Health Resort is one of the world’s pioneering wellness destinations. 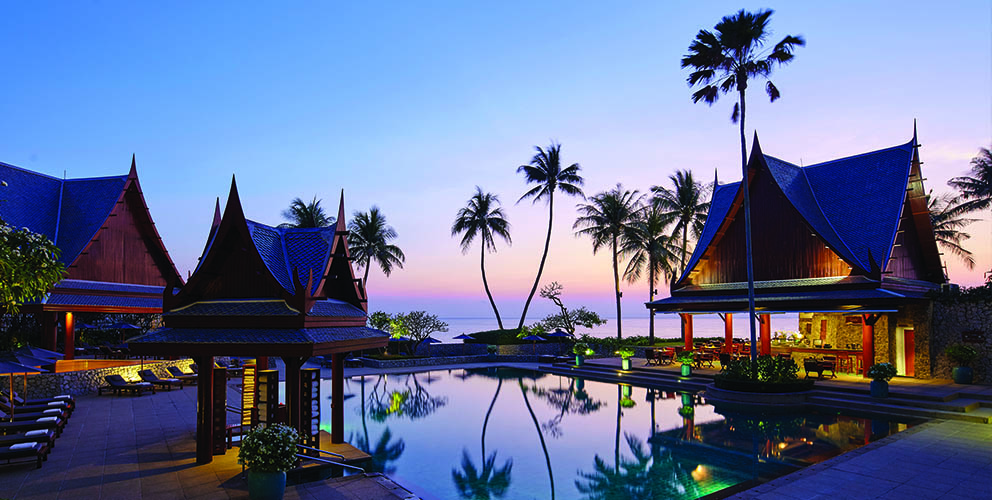 The Emotional Wellbeing Retreat is designed to rejuvenate the mind, body and spirit by teaching guests how to control their stress, moods and overall wellbeing. It includes daily fitness and leisure activities plus individual wellbeing consultations. Packages start at A$3,800 for three nights.

Located in the Himalayan foothills overlooking the peaceful Ganges, Ananda redefines lifestyles. Retreats include traditional Indian wellness regimens focusing on various mind and body techniques based on the concepts and philosophies of yoga, meditation and Ayurveda, the world’s oldest holistic healing system.

Ananda’s Stress Management Programme creates positive changes, reducing and managing stress and enhancing synergy in life through a balanced approach. From A$650 a night.

WHO recognises the location as having one of the world’s best climates. Experts create personalised programs to re-establish a harmonious balance between body, mind and spirit. From A$5,000 for a seven-day program.