How organisations are using mindfulness at work

How can CEOs realise a commercial return on investment through applying mindfulness techniques organisation-wide? 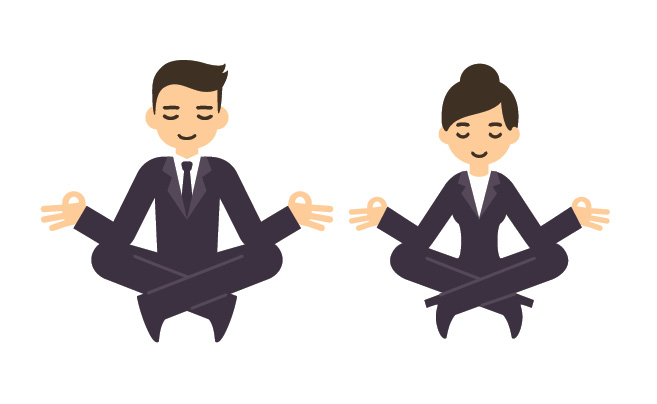 While mindfulness has gained acceptance as an excellent strategy to help one be present and achieve more with less, the question of how leaders can use the principles of mindfulness to help their employees become more productive is often left unanswered.

How can CEOs realise a commercial return on investment through applying mindfulness techniques organisation-wide?

What can we learn from market-leading organsiations like Google, Ford, Apple and Telstra who are already operationalising mindfulness techniques?

Of the many ground-breaking innovations that have come from Google, one of them is a mindfulness program called Search Inside Yourself (SIY). SIY was first developed for internal staff and is now being taught to other companies in Australia by Jo Wagstaff, Mindful Leadership specialist, and her fellow SIY Teacher Craig Davis.

Taught in groups as small as 50 and as large as 350, the two-day program is a mindfulness-based Emotional Intelligence program.

Wagstaff explains that the Google way teaches “mindfulness as a way of cultivating Emotional Intelligence with the aim of optimising outstanding leadership, stellar performance and increased wellbeing.

Consulting business pac executive’s ‘2015 Workplace Productivity Survey’ found that only 39% of workers believe the meetings they attend are productive and necessary. They don’t start on time, are run without agendas and outcomes, can be boring, and people often talk more than necessary out of habit.

Wagstaff explains that applying mindfulness techniques to meetings helps: “One of the executive directors at a leading investment bank we work with has just introduced five minutes of silence at the beginning of his executive team meetings.”

“The team spends five minutes sitting in silence, and really arriving in the room, letting go of whatever their minds were busy with before they entered the room, and making sure they each set an intention for what they are turning up to this meeting for. Whether that’s to simply listen, make a specific decision on something, or discuss and come to a resolution on an issue.”

3.     They Have spaces dedicated to Mindfulness

One initiative that has become popular is creating space dedicated to staff who wish to take time out during the day to meditate as needed.

“It’s only just starting in Australia. It’s much bigger in the US than it is here.” Wagstaff explains.

While Mindfulness rooms are a good start, they can often go unused. Some staff say that they feel guilty about taking time out.

Wagstaff believes these rooms need to be integrated by introducing practice groups run by an experienced mindfulness facilitator to encourage a regular mindfulness habit. “In my experience, unless people come together in small groups, those rooms are often not being used,” she says.

Harvard research published in 2010 by Matthew A. Killingsworth and Daniel T. Gilbert found that people spend 47% of their time thinking about something other than what they are doing.

One of the greatest impacts of this is our ability to engage, and to really listen to clients and colleagues. “I may be talking to you and yet 47% of the time I’m not listening to anything you’re saying. My mind is off wandering,” Wagstaff explains.

“Learning to be still, to be fully present, is a real skill and a real art. We are training people to be attentive and to really listen to each other. It’s such an important leadership skill in today’s environment.”

Wagstaff suggests giving people three minutes to talk without interruption during which you really listen to them.

“The reality is that human beings are bad listeners in general. When you ask me to shut up for three minutes, it’s a new experience. People often say: ‘I’m not used to being listened to.’ And there is no greater gift that we can give to each other than deeply listening.”

Surveys of attendees from the SIY program report greater ability to reduce stress (89%), enhanced clarity of mind (91%), improved ability to remain calm (91%), and an increased ability to connect with others (85%).

What can you do to introduce mindfulness into your environment?