There’s no sugar-coating it: we’re in the grip of a worldwide obesity crisis. Over the past 40 years, the number of people classed as obese has skyrocketed, jumping from 105 million in 1975 to 641 million in 2014. The problem is so bad that today nearly 13% of the globe is obese, compared with just over 9% who are underweight. While larger portion sizes, lack of exercise and more sedentary lifestyles are undoubtedly part of the problem, Deakin University’s Adrian Cameron points to another, often overlooked contributor: the supermarket.

As the place where so many people now make their daily food choices, the grocery giants, represented in Australia by the likes of Coles and Woolworths, possess inordinate power over the food we choose to consume, Adrian says.

The situation is similar in other developed nations where a small number of grocery giants control most of the market. In the UK, for example, 5 major retailers control just over 70% of the market, while in the US, Walmart alone holds 25%. In China, the 5 largest retailers are said to control approximately 40% of the nation’s market.

The big problem, in Adrian’s eyes, is that too many big operators use this privileged status to shift junk foods like soft drinks, chocolate and sweets instead of assisting people to make healthier eating choices.

Adrian says there’s one word motivating the big supermarkets’ love of junk food: profit. “The supermarkets don’t care what they sell in terms of the health profile as long as they sell a lot of it,” he says. “Junk food makes the money because [companies] can sell space and sell promotions … multinationals are the ones that have the money to pay for this stuff.” Junk food’s profit power is clearly obvious when strolling down supermarket aisles. “When you look at the promotions in stores, things that companies pay for like in-aisle displays and space in the catalogue, much more than you would hope is unhealthy foods,” Adrian adds.

60% of Australians are likely to buy unhealthy food and drinks when they are on sale or promotion, with chocolate (67%), chips (66%) and sugary drinks (65%) the most popular with consumers.

Research backs this up, too: one Australian study found that 4 out of every 10 end-of-aisle displays promote unhealthy products.

The study, published in the journal BMC Public Health, also found that of 35 surveyed Melbourne supermarkets 30 had 100% junk food at their checkouts, most of which was chocolate.

Australian supermarkets are not the only ones spruiking unhealthy high-margin foods to unwitting consumers, but they are global leaders. This, too, is backed up by data, with statistics showing Australian supermarkets are worse than the US, Canada, Denmark, Sweden, the Netherlands and New Zealand when it comes to marketing junk food at checkouts and aisle displays. The only nation that spruiks processed snacks more heavily than Australia, Adrian says, is the UK. That’s nothing to be proud of, he says, noting that the UK has one of the world’s worst obesity rates, with official 2015 data rating 62.9% of British adults as overweight or obese.

The scourge of junk food is also on the rise in the developing world as emerging consumers shift from traditional diets to Western-style ones. According to a recent report by Oxfam and the  Institute of Development Studies, it’s nations such as Kenya, Bolivia, Vietnam, Indonesia and Pakistan that are increasingly in the sights of marketers as millions of people in poorer nations get a taste for foods rich in sugars, salts and fats. 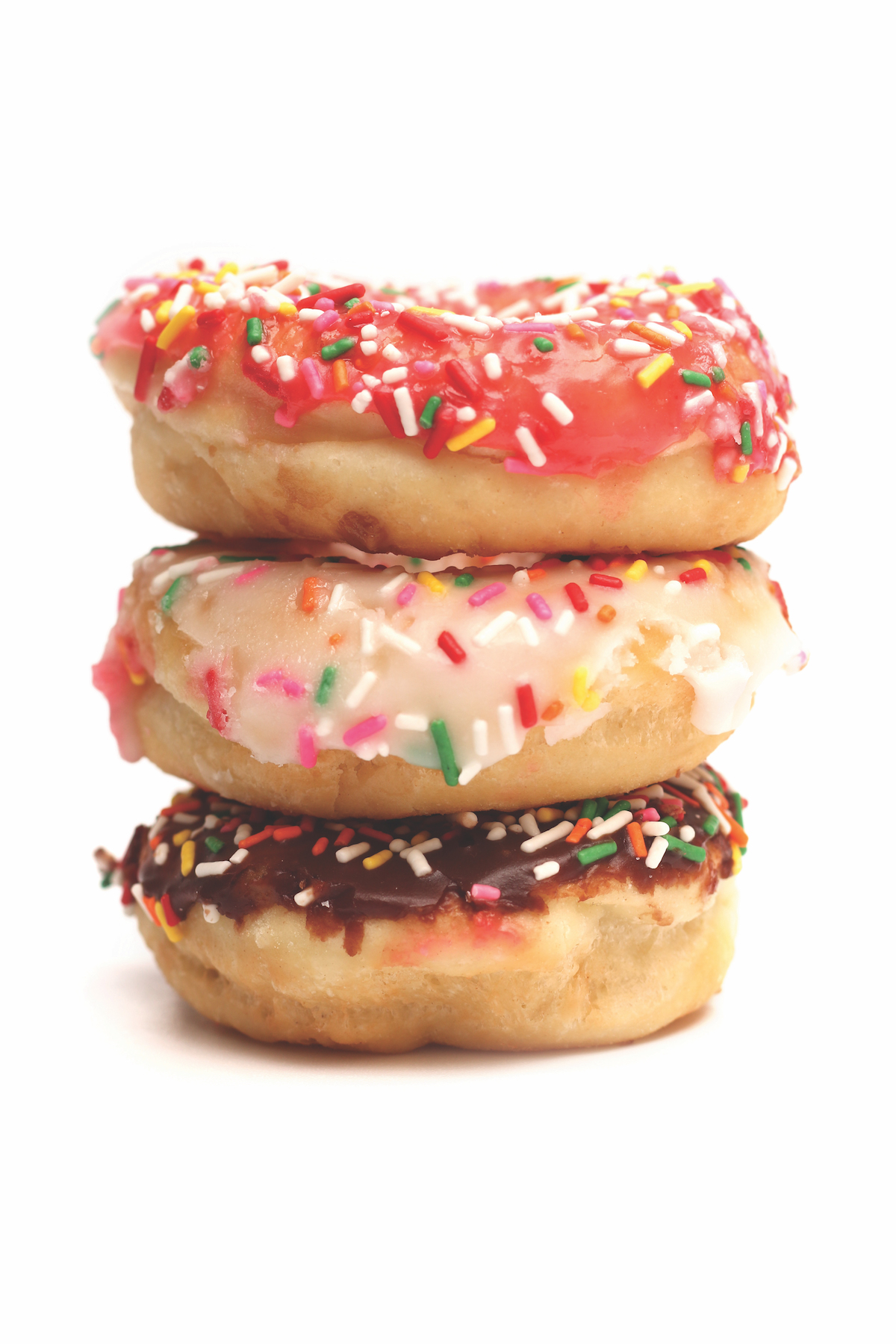 Meanwhile, in developed nations, supermarkets are becoming increasingly sophisticated in how they market to consumers, Adrian says. Indeed, junk food is such a huge earner for supermarkets that, somewhat counterintuitively, it’s probably even factored into their fresh food strategy, he says. The recent emphasis on fresh produce at some large chains is likely a calculated strategy to boost sales of profit-rich junk food by getting consumers to do all their shopping in one location, according to Adrian.

“The healthy food … encourages consumers to buy all their food in the store,” he explains. “If people are buying meat, fruit and vegetables instore, then they’re going around the whole store and choosing all their food there; that’s really what they want. It also looks good for customer perception.”

Profit is also behind big supermarkets’ long-time love affair with unhealthy soft drinks, according to Adrian’s Deakin University colleague Gary Sacks. Gary, a big supporter of tax on sugary drinks, says such a move is not likely to gain much support from the major supermarkets because of how much they earn from stocking full-strength fizzy drinks on their shelves. “We know supermarkets get a lot of money from soft-drink makers, or their fees for stocking their product in prominent places, so from that point of view supermarkets may be wary of something that is going to upset the soft-drink manufacturers,” Gary tells The CEO Magazine.

Amid an onslaught of marketing, it can be hard to make smart, healthy choices at the supermarket, says Gary. That’s why he supports governments stepping in with regulation aimed at assisting consumers to make better food choices, and hopefully in the process putting a dent in higher obesity rates. “We know that you can’t just leave it up to individuals to make these choices,” says Gary, whose research focuses on policies for the prevention of obesity. “We live in a world where junk food is heavily marketed. We’re surrounded by it all the time, and it’s an environment where it’s very hard to make those types of choices. The government runs a few ad campaigns and encourages people to act healthily, but we know that’s not working; we need to try something different.”

This may sound like common sense, but the comments remain controversial amid a debate that is often framed around consumers making ‘free choices’. Adrian explains: “You get a lot of people who are anti ‘nanny state’ saying they don’t want the government to get involved and that we should have free choice [on food]. But in reality, everything that goes on in the retail world is designed to impact choice in one way or another — not necessarily restricting it, but influencing it.”

Adrian argues that a more helpful way to look at the debate may be to ask who we want guiding decisions in the supermarket — marketers or government. “Do you want it to be companies like Coke, Nestlé and Cadbury who have the profit motive, or do you want someone who has the motive of society at heart, such as government and public health advocates?” he asks.

Jane Martin, Executive Manager of the Obesity Policy Coalition, acknowledges the pressure supermarkets put on consumers to eat unhealthily. But she sees some signs of a turnaround from the industry. According to Jane, these include some Australian supermarkets introducing junk-free checkouts and others starting to hand out fruit to children in store. However, she concedes that such initiatives are usually due to shareholders and consumers demanding action from the big players, not from industry itself.

Unhealthy food accounts for around 35% of Australians’ daily energy intake, according to official data, while most Australians do not meet their recommended minimum number of serves for any of the 5 food groups.

“Groups like Parents’ Voice have put pressure on companies to make their checkouts junk-food-free, and it’s good to see that some supermarkets are providing, say, free fruit to children,” she tells The CEO Magazine. For shoppers keen to make healthier choices, Jane urges concrete consumer action like sticking to a shopping list, shopping online, and trying to avoid going to the supermarkets with children.

“We know that in supermarkets children often pester their parents countless times, and it can be a bit of a nightmare,” she adds. “A lot of the placement of the products is at their eye level and can be made to appeal to children with cartoon characters. These are very persuasive things, and a lot of the time they can even be putting junk items in the trolley without you even noticing.”

Tougher government policy is also needed, Jane says, describing current self-regulation in many regions, including Australia, as inadequate. She also advocates a crackdown on the advertising and promotion of junk foods and drinks to children, urging as a first step official monitoring of children’s exposure to unhealthy food advertising on television. She also wants changes in law to the Health Star Rating system so that it is mandatory for supermarkets, not just a voluntary code.

That would bring Australia closer to other international jurisdictions that have recently toughened up laws on marketing sugar-filled food to kids. In December 2016, authorities in UK announced that junk-food advertising aimed at youngsters would be outlawed online and in print — directives that were made after campaigners stressed the damage caused by urging children to eat high-calorie processed food. 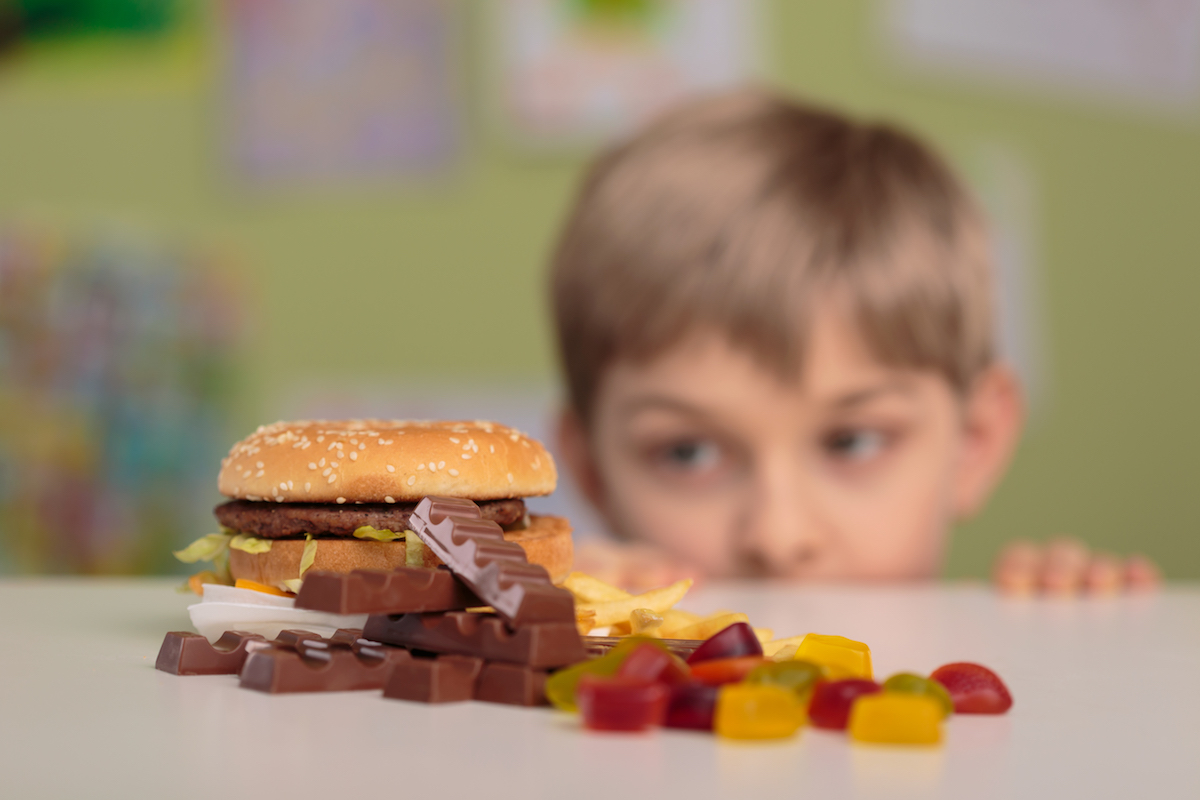 Adrian Cameron argues that a more helpful way to look at the debate may be to ask who we want guiding decisions in the supermarket — marketers or government.

Jane also recommends introducing a tax on sugary drinks, which she says is a good place to start in the fight to improve healthy consumption and cut obesity. Gary agrees, saying raising the price of sugary drinks represents an easy and effective way to improve public health outcomes. “Clearly, for any government looking to do something about this problem, price can always be used as leverage to try to influence what people are buying,” he says. “We know that there’s no nutritional value at all in sugary drinks. They are a prime target for intervention, so from the community’s point of view if you’re looking at what you can do about healthy eating, sugary drinks are probably the easiest and most obvious starting point.”

International examples indicate that taxing sugar can work, if implemented correctly. In 2016, the UK announced it would enforce such a measure following on from success in Mexico. Like Britain, Mexico was struggling to keep a lid on obesity and in 2014 became one of the first nations to introduce a tax on soft drinks. Pleasingly for campaigners, recent research seems to show that the move has paid off in the Latin American country, leading to a decline in purchases.

Jane says whether it’s the industry or government, what’s clear is that something needs to happen to address obesity, and fast. “I’d like to see the supermarkets responding to community concern,” she says. “There are huge problems with overweight children and obesity and poor diets. We’ve got 25% of kids overweight or obese. This is really shocking. Supermarkets have a crucial role to play, and if they want to be seen as ‘fresh food’ people and supporting families, I think they should take this more seriously. They’re a very important part of the food system and they have the power to really shift how people eat.”