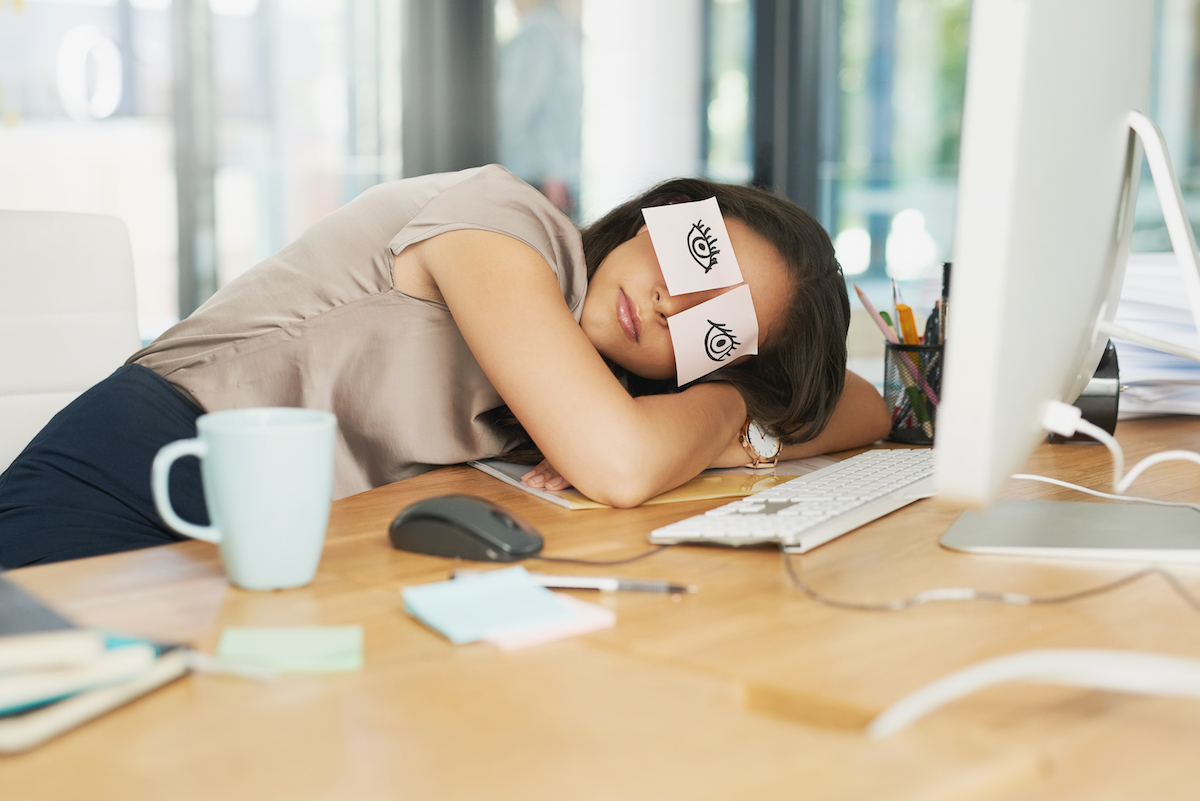 Unfortunately, sleep is one of the first sacrifices made when deadlines loom, inboxes pile up, stress mounts and it feels like there aren’t enough hours in the day.

However, scientific evidence suggests that skipping sleep is in fact the number one most counterproductive decision you can make.

According to the World Sleep Society, sleep problems affect nearly half (45%) of the global population. The US Centers for Disease Control and Prevention has gone so far as to declare insufficient sleep a ‘public health problem’.

Why is this so important? Sleep and wellbeing go hand in hand. Global HR think-tank Reventure has found that dissatisfied sleepers are likely to see detrimental effects in and out of the workplace.

Skipping sleep on your way to success? A word of warning from @ariannahuff. More #DayOneInsights for entrepreneurs: https://t.co/iRrhzB2BK5 pic.twitter.com/O72INQFKaL

The signs of sleep deprivation

Those who are sleep deprived have been shown to be more irritable, forgetful and anxious – and are at higher risk of other mental health effects.

They lack concentration, coordination and energy throughout the workday – not to mention the weight gain, elevated blood pressure, and greater risk for diabetes and heart attacks.

Dr Frank Lipman, founder of the Eleven Eleven Wellness Center in New York, sees so many patients who are sleep-deprived and exhausted that he has come up with his own term for them.

“I started calling these patients ‘spent’, because that was how they seemed to me,” he writes.

Comparing this observation to his time working in rural South Africa, his interest in the topic piqued: “There I saw many diseases arising from poverty and malnutrition but I didn’t see anyone who was ‘spent’, as I do today in New York.”

The cost of lost sleep

Not only is lack of sleep detrimental to the individual, it also affects the wider economy.

A lack of sleep among US workers is costing the country approximately US$411 billion, and losing it 1.2 million working days per year, according to a study by RAND Europe.

[fast_fact title=”Fast fact” class=”pull-right” width=”350″] Workplace Wellbeing, a national survey of more than 1,000 Australian workers, shows satisfied sleepers are happier in all areas of their lives including their job (82%) and physical wellbeing (83%).[/fast_fact]

The US, UK, Canada, Germany and Japan were investigated as case study economies – with the US coming out on top as having the highest economic losses by far.

In Australia, a Deloitte Access Economics health survey showed sleep deprivation cost the economy around A$66.3 billion in health bills, lost productivity and wellbeing in FY2017 – compared to A$4.3 billion in 2010.

It’s been confirmed that more than half of Australian workers aren’t getting enough quality sleep (54%) and those people are also the ones who say they’re likely to look for another job in the next 12 months.

If you need further proof, Arianna Huffington’s company Thrive Global is devoted entirely to ending the global stress and burnout epidemic, and it’s a strong advocate for the link between better sleep and increased productivity.

Arianna is so passionate about the cause that she authored a book, The Sleep Revolution: Transforming Your Life, One Night at a Time – a sweeping, scientifically rigorous, and deeply personal, exploration of sleep from all angles.

“We are in the midst of a sleep deprivation crisis,” she writes. “And this has profound consequences – on our health, our job performance, our relationships and our happiness. What is needed is nothing short of a sleep revolution.

“Only by renewing our relationship with sleep can we take back control of our lives.”

Off to a good start with a few goals for 2017. First up: taking sleeping more seriously. 🌙 @ariannahuff #TheSleepRevolution pic.twitter.com/e3vSIaBZKg

Friday 16 March is World Sleep Day – a celebration of sleep and a call to action on important issues related to sleep. It is aimed at lessening the burden of society’s sleep problems through better prevention and management of sleep disorders.

Here are a few helpful tips on how to perfect your sleep schedule: