From Paris with love

A first visit to the French capital leaves a strong impression on an Australian abroad. 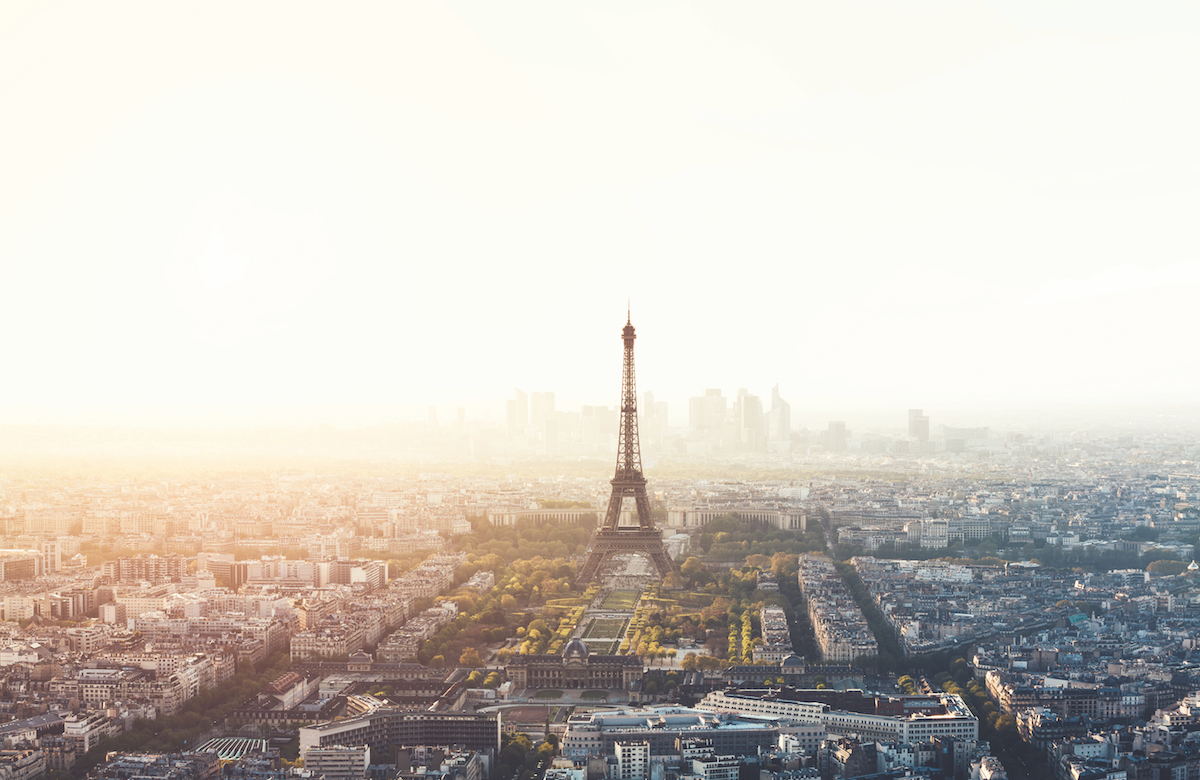 Vivid emotions and memories can be triggered by a sensory cue, and, for me, the blended scents of precious wood, rare spices and vanilla will forever evoke the feeling of being in Paris for the first time.

The long-awaited dream of visiting the romantic European centre for art, fashion, gastronomy and culture stepped up a notch upon setting foot inside Hôtel Barrière Le Fouquet’s, a quintessentially Parisian luxury hotel on the corner of Avenue George V and one of the world’s most famous streets – the Champs-Élysées. 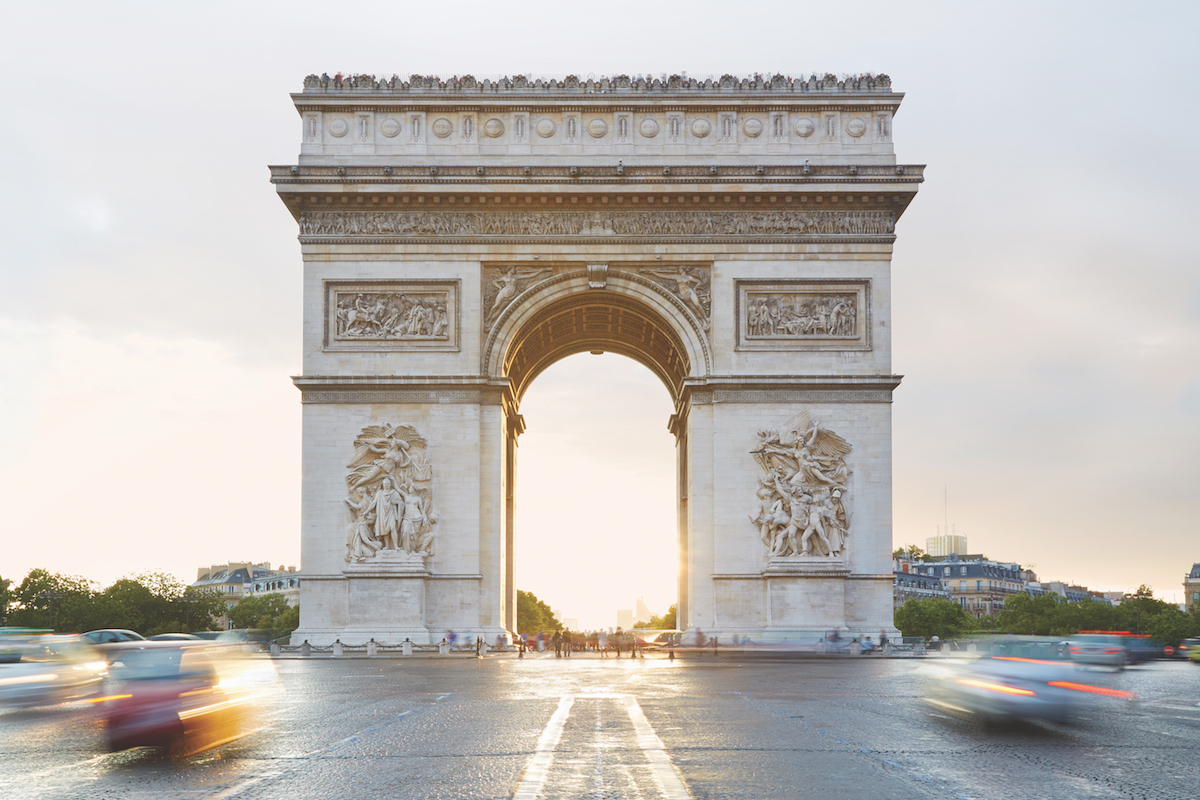 A mere stone’s throw from there and across the street from Louis Vuitton’s flagship store, Fouquet’s brasserie has been a must on the Parisian dining scene since 1899, just 10 years after the Eiffel Tower was built by Gustave Eiffel for the 1889 Exposition Universelle celebrating the centenary of the French Revolution.

More than a century later, architect Édouard François united five Haussmann buildings to create the stylish synergy of Hôtel Barrière Le Fouquet’s and its eponymous brasserie when the hotel opened in November 2006. The hotel’s exterior and the red awnings of its famous brasserie are instantly recognisable icons of this much-loved city.

After six months of extensive renovations under renowned designer Jacques Garcia, the hotel was reopened in mid 2017. Its 81 luxurious rooms and suites are decorated in silk, suede and marble, in a neutral but chic palette with hints of black and gold, which add a masculine feel to the damask curtains and floral beige tone-on-tone carpet.

Smartly dressed valets usher you through the haute Hausmannian entry of the hotel, where you are enveloped by the unique scent, Fugue à Paris by Fouquet’s, as you take in the opulent retro design on your way to the concierge. 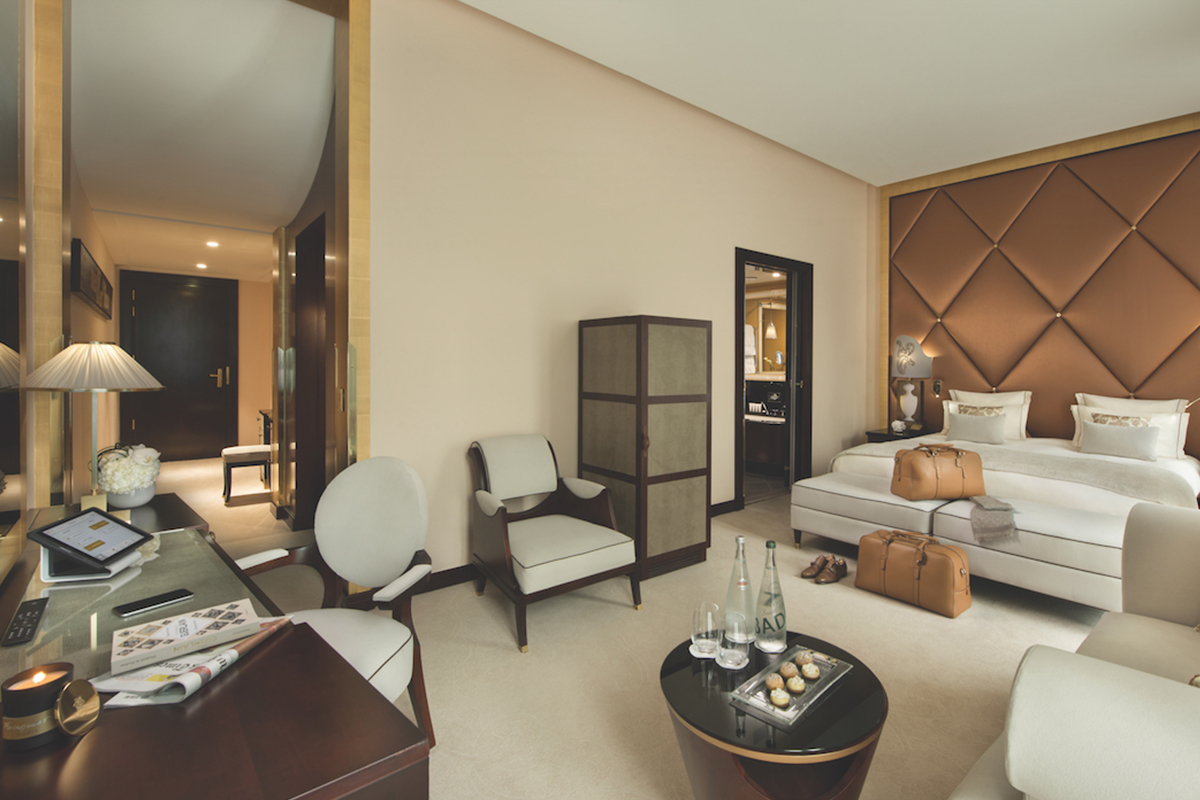 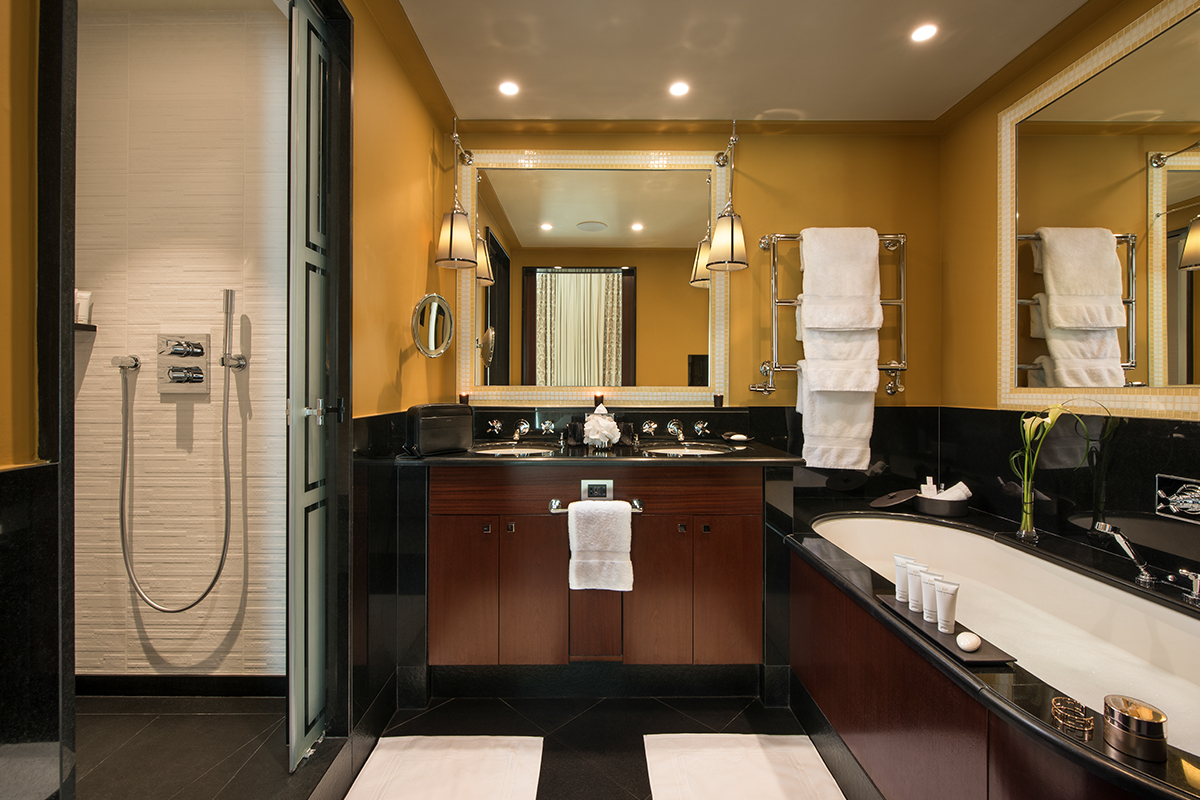 The striking décor in rich velvet hues of gold, green, purple and red reflects the distinctive touch of a Garcia interior, and draws you towards the curved staircase.

In 2018, the hotel will open an additional 19 new rooms and suites with sizes ranging from 37 square metres (large for Paris) up to the 250-square-metre Presidential Suite, which boasts panoramic views of the Eiffel Tower and the Arc de Triomphe.

If that’s not enough, you might like to consider taking over the hotel’s entire fifth floor, to create the sumptuous Grand Suite de Paris – an extraordinary 530 square metres of floor space.

Regardless of your accommodation choice, a 24-hour butler will be assigned to your room to cater to your every whim and fancy.

Spacious black marble bathrooms feature both a large soaking tub (to take away some of the pain of a solid day’s shopping along the couture boutique-lined Avenue George V) and a separate shower big enough for two – this is the city of love, after all.

Tech heads will delight in TV screens seamlessly embedded in giant mirrors, the Bluetooth sound system, and the dedicated in-room iPad to control almost everything in your suite.

While you’re spoilt for choice with five restaurants and three bars in the hotel, it’s the brasserie menu of the historical Fouquet’s restaurant, designed by three-Michelin-starred Chef Pierre Gagnaire and executed by talented young chef Charles Boixel, you simply must experience. 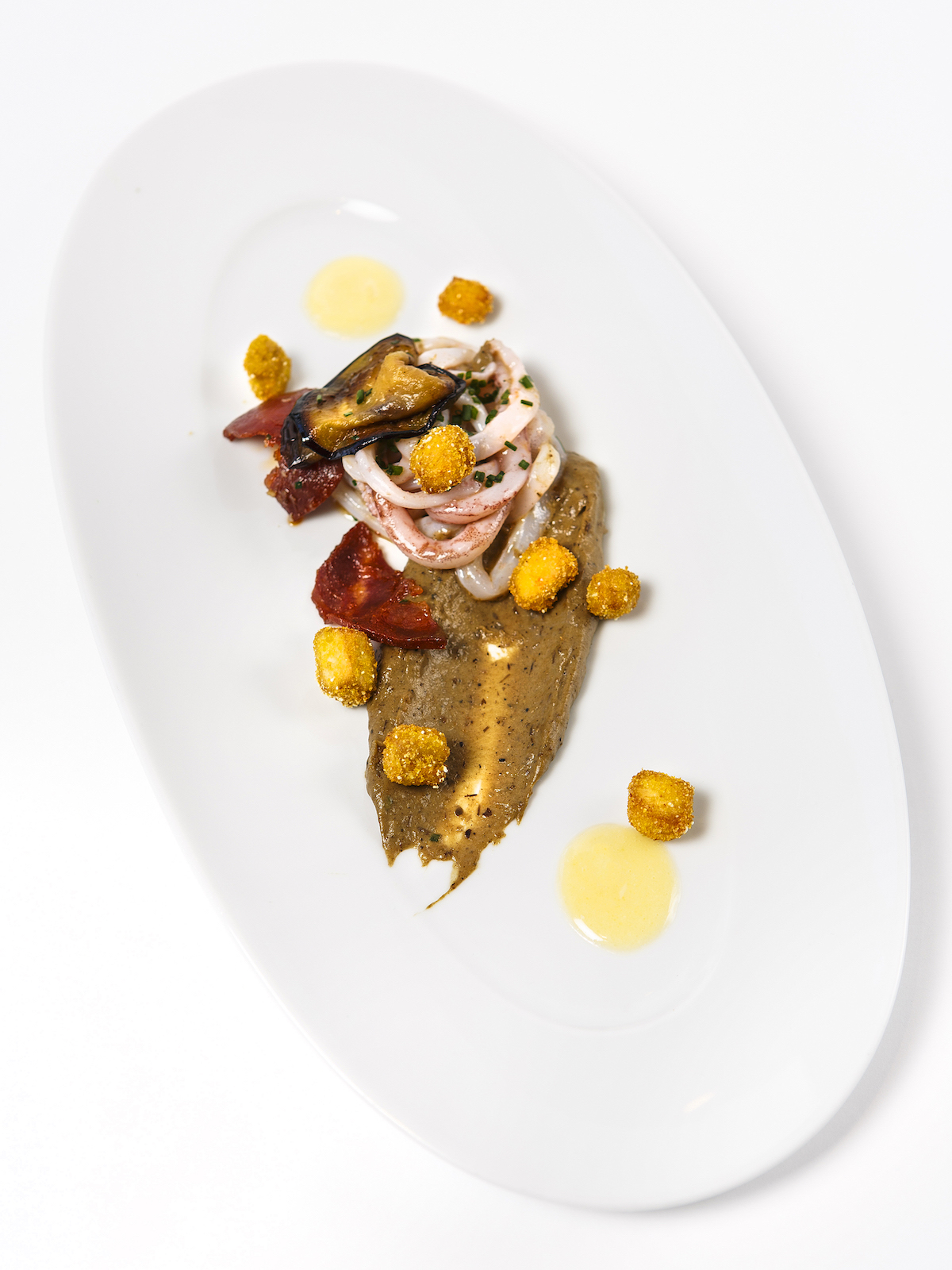 The tables on Fouquet’s terraces under the red awnings on the Champs-Élysées and Avenue George V are highly coveted; however, the main dining room – a historical Paris monument – is where you want to be. Each table here proudly displays a brass plaque with the name of a famous person, such as Edith Piaf or Charles Aznavour, who favoured the location.

Our evening starts with a glass of Veuve Clicquot, followed by pink shrimp, avocado and grapefruit mimosa, and that Parisian staple, beef fillet, complemented with a Saint-Emilion Grand Cru – Chartreuse de Faugères, Silvio Denz 2014. For dessert, it was impossible to go past the chef’s French take on Australia’s pavlova. Delicious all round.

The motion pictures theme continues, with photographs of stars adorning the walls, as, for more than 40 years, Fouquet’s has hosted the gala dinner of the César Awards (the Oscars of French cinema), beneath the golden chandeliers of the dining room. Following dinner, wander to L’Escadrille Bar for a nightcap. The bar is adorned with portraits of airmen and a majestic propeller, harking back to 1903 when an aviator landed his plane on the Champs-Elysées and celebrated at Fouquet’s bar.

The signature cocktail, dedicated to the heroes of aviation, is the Carré d’As, a concoction of gin and absinthe. A few of these, and you will indeed be flying.

With so much to do and so little time in Paris, it was a case of looking longingly at the renovated Spa Diane Barrière. With more than 740 square metres dedicated to beauty, relaxation and health, the luxe spa features eight treatment rooms, a hair salon, a stunning 15-metre-long swimming pool, separate male and female steam rooms, a sauna and state-of-the-art gym.

Upon checking out, it was impossible to resist purchasing some Fugue à Paris by Fouquet’s perfume as a souvenir to remind me of my first, but certainly not last, visit to Paris.