Step into another world

Travelling the world while staying at home is the perfect solution for a select group of multi-millionaires who combine business with pleasure. 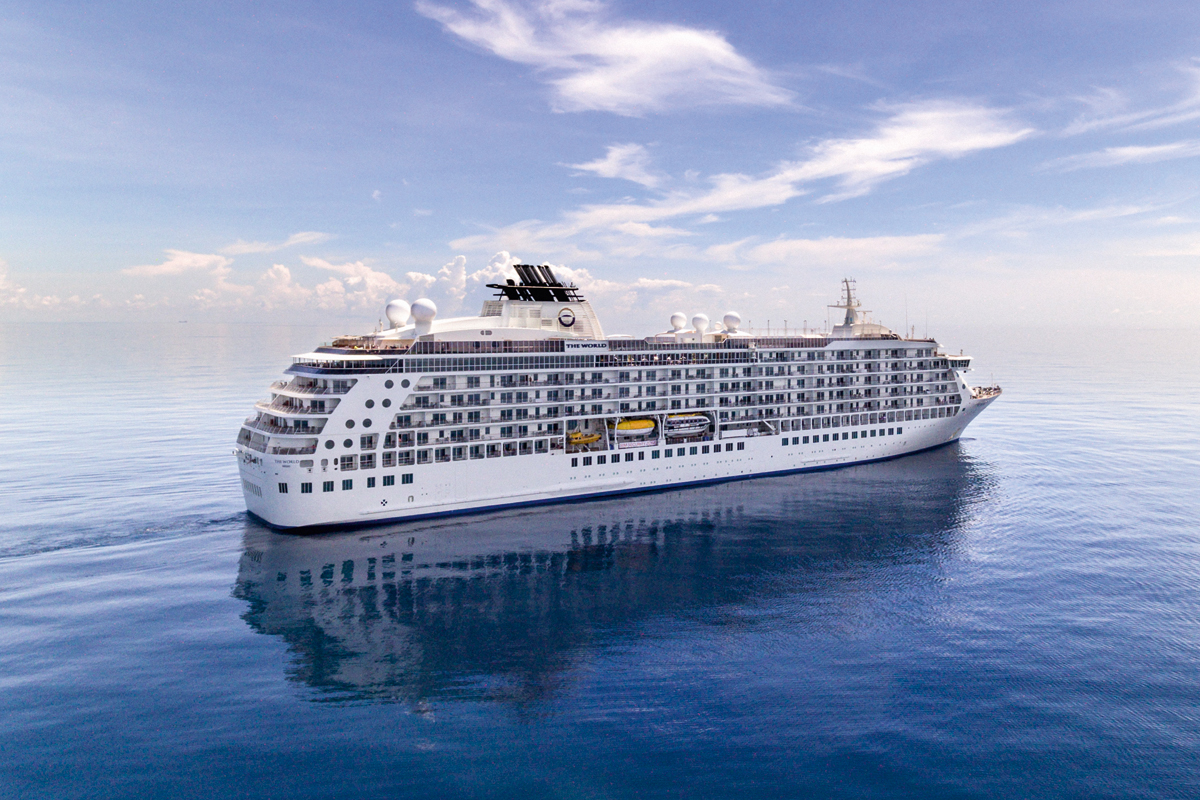 Stepping on board The World takes you out of this world. Literally. This floating luxury apartment block – circumnavigating the globe every two to three years, and with nearly 300 crew catering to its residents’ every whim – is a world most will never experience. Those who do, have a unique understanding of this private sphere.

The residents who live in this exclusive world own it, forming a fiercely protective community where mundane chatter about private jets, yachts and multiple homes is bandied about while passing the salt. To be eligible to buy one of the 165 apartments on board, a net worth of US$10 million – or a net income of US$1 million – is required in order to honour financial commitments on board and protect the residents from unstable economic climates.

Built by Norwegian shipping magnate Knut Utstein Kloster and launched in 2002, this 196-metre long, 12-deck-high residential ship, boasting six restaurants, multiple bars and the only full-size tennis court at sea, was purchased by its own residents the following year. It’s owned today by 142 families from 19 countries, with on-board occupancy usually ranging from 150 to 200 residents and guests. Surprisingly, the average age of residents is relatively young, between 50 and 60, with many flitting back and forth from the ship to meet business commitments around the world.

Organised up to two years in advance by the residents and the captain, voyage itineraries incorporate a varying wish-list of global destinations and provide notice for those with tight schedules. 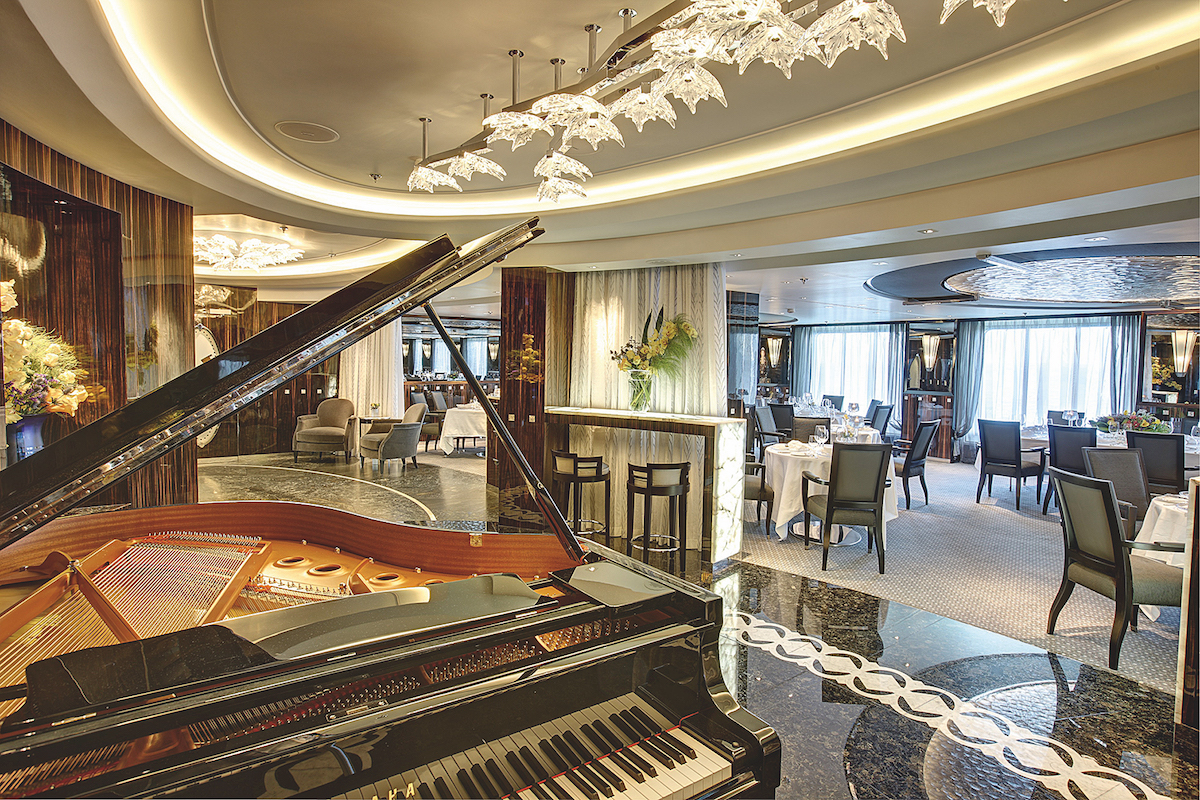 High-flying C-suite executives live both on and off The World – meeting up with the ship in between work engagements, and joining in expeditions or overland trips. For many businesspeople who have spent a huge amount of their working lives travelling internationally, The World gives them a chance to see the world, not just the airports and business hubs.

Every year the voyage includes a couple of expeditions to less familiar parts of the world using expert guides to visit rarely seen sights in East Greenland, Namibia or Antarctica.

In January 2017, after two years of preparation, the ship broke the record for sailing further south than any other vessel during a 22-day voyage to reach Antarctica’s Ross Ice Shelf, the world’s largest body of floating ice.

This year, the ship’s journey began in colourful Miami and vibrant New Orleans before soaking up the warmth and equally colourful Caribbean and taking several maiden voyages to Brazilian destinations. After 120 ports of call that also take in Northern Europe, the Mediterranean and the volcanic islands of Ascension and St Helena in the Atlantic, The World’s residents will welcome in 2019 on the southern tip of Africa before heading off to Madagascar, Sri Lanka, India, Oman and Israel. This lavish <em>The World</em> apartment foyer showcases priceless artwork.
TEEING OFF
The World Golf Club is a registered club providing a golf pro on board for instruction, and a golf simulator offering access to 80 courses around the world.

While in port, residents play at the world’s most elite and challenging greens, including the most northerly and southerly, at more than 1,000 golf venues in 150 countries.

There’s a consensus that one of the wonderful things about being a resident is that you don’t have to deal with any problems; everything is taken care of, and there’s a ready-made social life for you to cherry-pick from too. Plus, there is a tremendous sense of privacy as you can choose when to take part in The World’s community and when to retire to your apartment.

And while the crew handles the global circumnavigation, owners can relax in apartments designed to reflect their specific tastes. While the doorbells and small wooden letter boxes offer a sense of a landlubber’s life, there is nothing mediocre inside where wallpaper is inlaid with crushed Murano glass and gold leaf, or a hallway showcasing priceless art leads to plush leather lounges, exquisite dining settings and stunning Italian tiles. While the very personal décor transforms these apartments into homes, the wrap-around balconies featuring state-of-the art barbecues and jacuzzis can’t help but remind you that home is actually surrounded by the world’s oceans.

Apartments vary in size from studio, to two or three bedrooms, and while room service is available, or indeed a chef, to cater to any culinary impulse, each features a fully equipped kitchen, no doubt handy for whipping up a feast with ingredients chosen from the abundance of fresh seafood, meat or spices purchased in every port by Fredy’s Deli downstairs.

There is no limit to the number of apartments a resident can own, with some acquiring two, or even three, to house visiting relatives or friends, and apartments that do emerge for sale are often snapped up by existing residents wanting to either downsize or upsize. For new residents, snagging an apartment on the ship can take up to three years after their initial inquiry at the Fort Lauderdale head office. Serious buyers are rigorously vetted before being accepted to road-test The World experience. That’s when Residential Sales Director Lisa Spiller steps in. 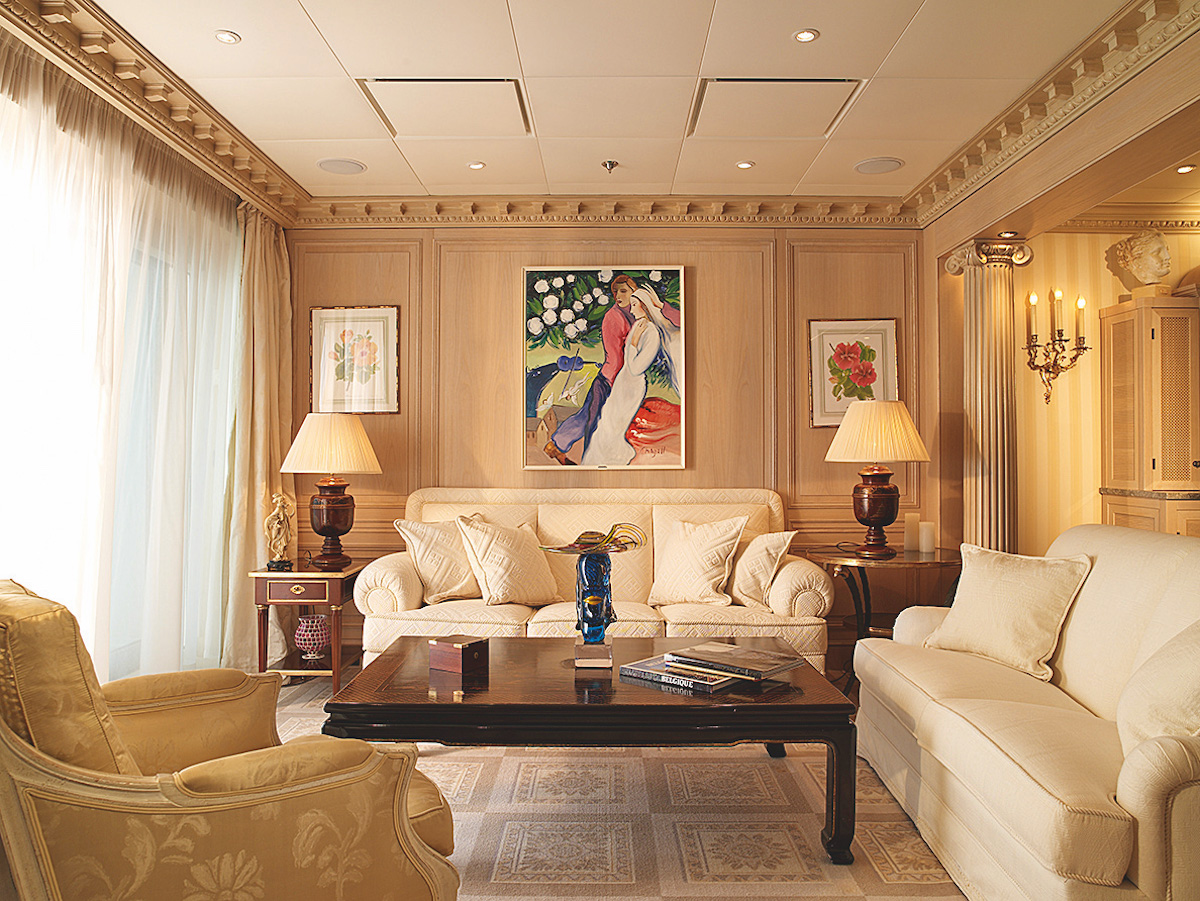 “We have to coordinate the potential resident’s schedule with an available apartment so they can spend a week on board to see if the lifestyle is what they really want,” Lisa says. “But it’s not just a trial for them, it is also a chance for the residents to get to know and approve them. Once they get two letters of approval from the residents they will be accepted.

“The average occupancy is six years and residents leave for a variety of reasons,” Lisa adds. “They may need more medical supervision, they may want to live closer to their families, sometimes it’s as simple as wanting to get a dog. And, of course, once you’ve circumnavigated the world three times, they may feel there is not much more to see.”

A small selection of residences is available to purchase each year. They range from A$2 million to A$20 million, in addition to annual ownership fees. For those interested in ownership it is possible to arrange a tour of the ship or short sailing.