Why Havana should be your next travel destination in 2019

It’s no exaggeration to call Cuba an enigma. Even the locals don’t understand, they are just resigned to it. But puzzling or not, tourists and travellers from all over the world love it. The Cuba of the travel brochures is swaying palms, gleaming old cars, ebullient street musicians in historic, cobblestoned plazas wearing frilled dresses and colourful hats. Yes, for many visitors to Havana, that is Cuba.

But Cuba is complicated. Cuba is a land of hope and more than a little struggle – and for as long as the nation has had a history, it’s not been much different.

As I wander the alleyways and narrow lanes around the UNESCO-listed Old Havana, it’s hard to escape the many trappings of tourism, all carefully controlled by Castro’s secretive Marxist–Leninist government. A gleaming 1950s Chevrolet taxi pauses to enquire if I need a ride while further along, I’m offered cigars, rum and other ‘luxuries’.

Right now Havana and much of Cuba is in a kind of limbo. Tall cranes tower over the cityscape and a few almost modern cars are mingling in the traffic. Cuba is crawling into the 21st century and eager for the foreign exchange the well-heeled, Western tourists bring in abundance. 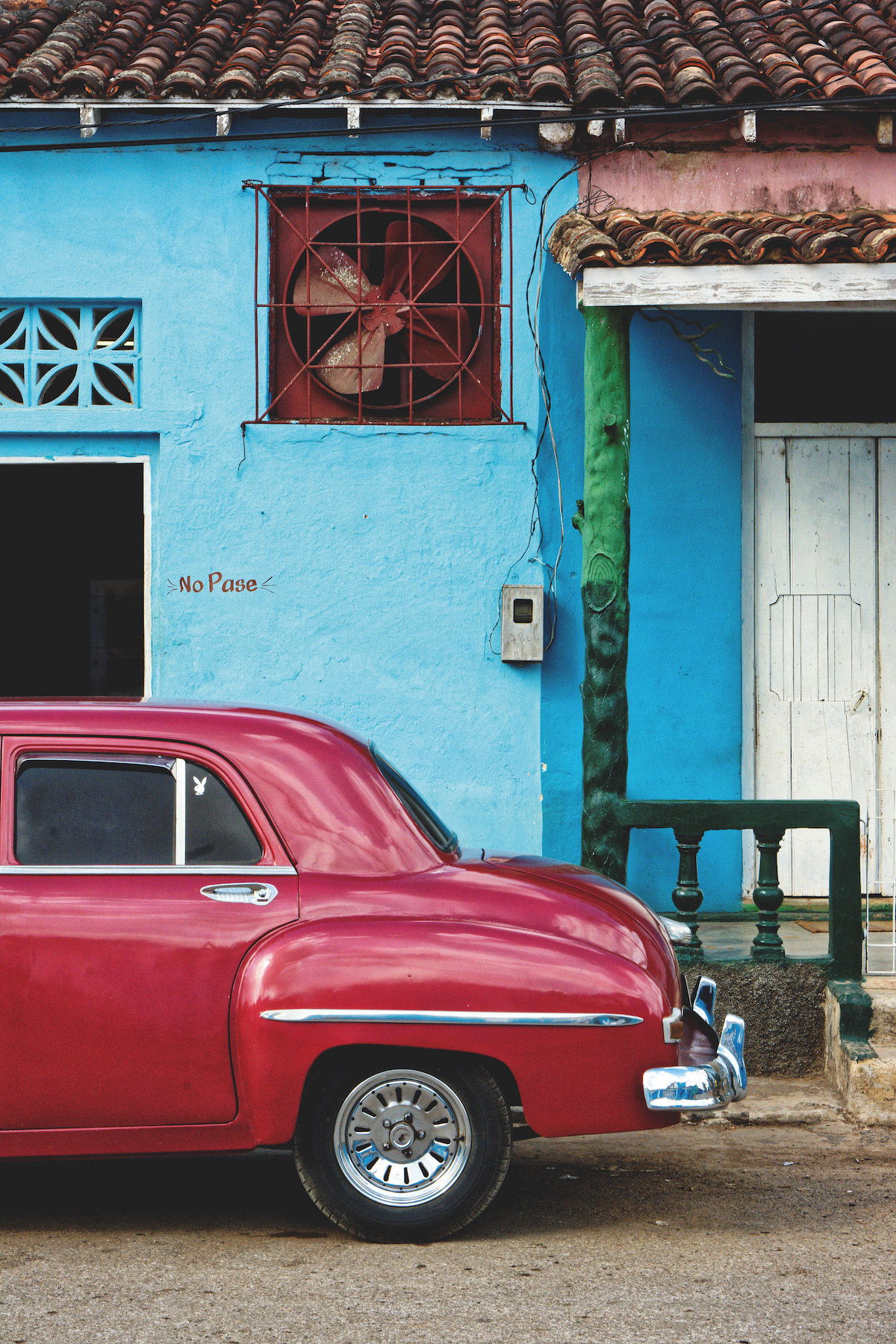 Before the 1959 revolution that froze Cuba in a mid-20th century time warp, Havana was a thriving Caribbean metropolis fuelled by US mob money, gambling and vices of all description. It was a garish party town for the wealthy elite. Rum and Champagne flowed like water and the big end of town was having a ball while regular folk struggled and toiled in a familiar pre-revolutionary fashion.

Change in the air

Unless it was a government building in stern, Soviet architectural style, there has been all but no new construction in Havana. The Old City is kept swept and tidy for visitors, but beyond the central district, the plaster is chipped and the paint is fading.

Sometimes whole abandoned buildings that are hundreds of years old just collapse. Yet recent years have seen the resurfacing of an optimism missing from Cuba since the heady, post-revolution days when thousands thronged the Plaza de la Revolución to hear Fidel’s vision of his new egalitarian country.

New hotels are popping up in anticipation of this tourism revival, especially from the US. At that time, President Obama moved the US closer to reconciliation with communist Cuba and the boom began, only to be quickly deflated by incoming President Trump as he yielded to lobbying from Florida-based anti-Castro Cuban exiles whose families lost everything in 1959.

One that grabs my attention is the plush century-old Gran Hotel Manzana Kempinski La Habana, a block east of Paseo de Martí and El Capitolio, and overlooking Parque Central.

I notice the ground floor arcade is all designer brands in keeping with the Geneva-based group’s aspirational marketing, but the lobby is quiet and notably devoid of the anticipated Americans.

UK’s The Telegraph says “its décor has been contrived to signal opulence, what with the Louis Quinze-inspired furniture and Schiaparelli-pink accents one finds in its 246 bedrooms and suites. There’s a rooftop swimming pool and terrace, a spa, a lobby bar and, inevitably, a cigar lounge, as well as a restaurant, Confluencia.” 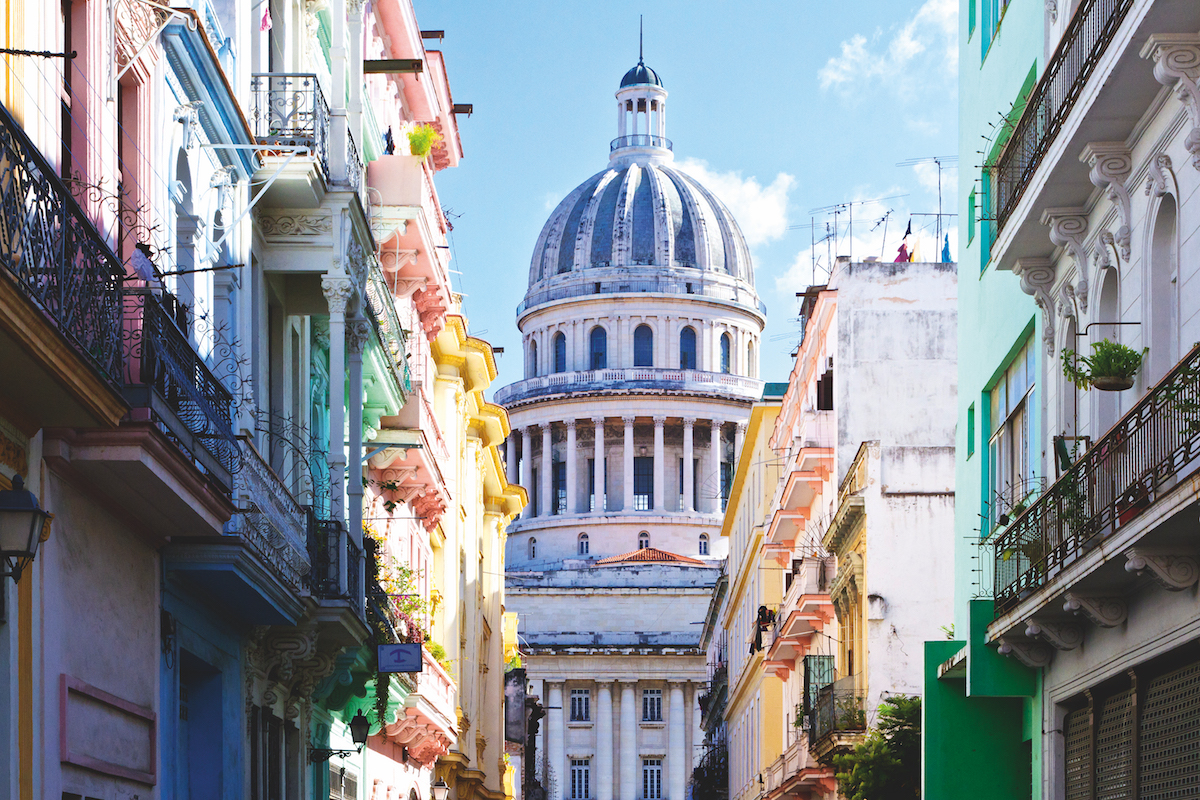 The French giant, Accor, which has operated hotels in Cuba for 20 years, is currently building an ultra-luxury, 218-room Sofitel So. US operator, Starwood, hopes to add the Hotel Inglaterra (established in 1875) to its Luxury Collection at the end of 2019 and has already opened a more modest Four Points by Sheraton in Miramar. Spanish brand, Melia, are prominent too, especially in the coastal resort areas like Varadero and Cayo Santa Maria. The Marriott name is also expected to grace properties soon.

My own lodging, Hotel Terral, is a comfortable and casual four-star boutique-styled residence behind a dated facade overlooking the famous Malecón esplanade. The concierge, Luis, speaks remarkably good English for someone who has never left the country.

“We get our lessons from the TV,” he tells me confidently with a hint of an American accent. Even though they may fly different flags, all the hotels are owned by state corporations like Gaviota, the tourism arm of the army, which owns more than 60 hotels and is headed by Brigadier General Luis Perez Rospide. This is one reason why successive US administrations have been reluctant to re-engage commercially with Cuba.

And while the standard of accommodation is in ascendance, the technology is not. This can be a good thing or a bad thing, depending on your outlook and your reason for visiting. Wi-fi is patchy to say the least. Most hotels have it but you have to pay, and while cheaper hotspots are available all over town, be prepared for slow, frustrating connections. Eating out in Havana is not without its challenges. My first meal in the capital was at the restaurant in the grand old Hotel Nacional, a massive 1930s Art Deco hotel modelled on the Breakers Hotel in Palm Beach, Florida.

That experience kept me on flat lemonade and lettuce leaves for the rest of the week, so be warned. If you’re staying at one of the international brand hotels, I suggest you eat there, or for a local touch, one of the paladares, the small owner-operated restaurants run by locals, often out of their front rooms. Wait staff – and pretty much everyone else – rely on tips to make ends meet. Follow US guidelines, but don’t be afraid to throw in a little extra – these guys need it.

And it wouldn’t be Cuba if you didn’t use an old 1950s Chevy taxi, but they are operated by private owners and require negotiation prior. The little yellow Soviet cabs are state-owned, cheaper and metered, but dull by comparison. 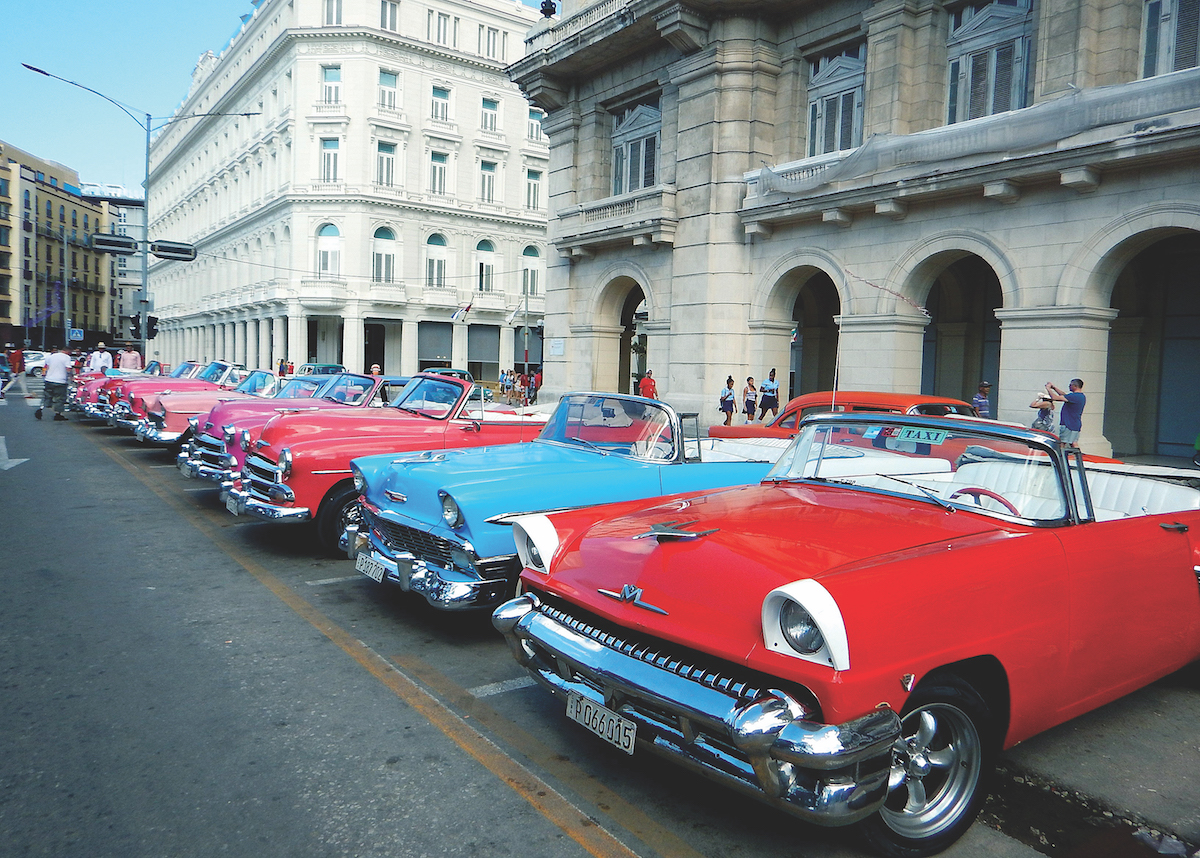 While plenty do it, independent travel in Cuba is fraught, especially for first-timers. Join a high-end tour organised locally by someone like Latin American specialist, Movidas Journeys (movidas.com.au).

They can tell you how to avoid visa and airfare hassles when travelling via the US as well as currency and tour pitfalls. Trips with international cruise lines like Italy’s MSC Cruises are popular too.