A poverty of intellect 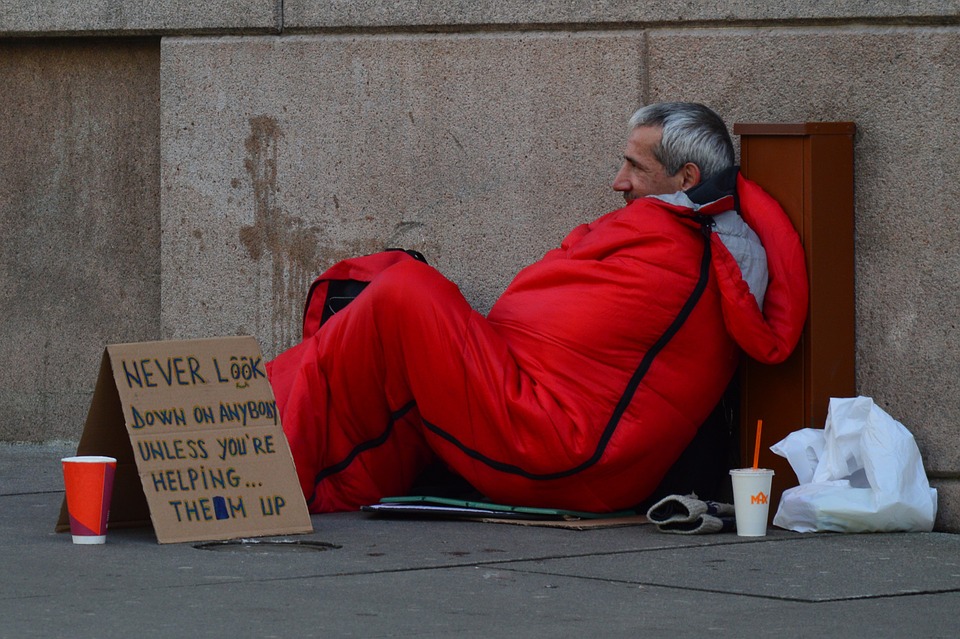 The greatest trick of modern politics – the most successful brainwashing campaign perpetrated by governments of the western world – is the convincing of the population that the poor are a pain in the arse.

We are told that the destitute haven’t tried hard enough, are architects of their own ruin, and, most insidiously of all, that the very sight of them is a stain on our otherwise luxurious world.

The truth, so often ignored, is that circumstance plays the stronger hand in any character’s fortunes. Inherited density, lousy birthright, shoddy education and a childhood from hell are not choices any soul would conscionably make, but are realities cast for an individual often before he or she can so much as squawk in objection.

The same can be said for the stupid. A bozo can’t help that his father had “jerk” tattooed on his DNA, or that his mother was as thick as the earth’s crust. Given the choice, he might have preferred not to be sent to a school for the clueless, where all his friends and role models were unfathomably dim. By the time he’s old enough to know what an idiot is, he’s too dumb to realise he’s one himself.

For this reason, we shouldn’t get angry with Melbourne Lord Mayor, Robert Doyle, for proposing that homelessness be outlawed.

“I am happy to put this proposal before councillors at our first meeting if it is Victoria Police’s recommendation, and they guarantee that they will enforce it,” the poor man said. “I welcome any move by police to bring an end to what has become a blight on our city, and the City of Melbourne continues to work with them to do that.”

As galling as it may be that an elected official could believe that homelessness is a law-and-order problem, that he thinks this way is not really Mr Doyle’s fault. Something went wrong somewhere along the way – an unfortunate detour on the road to wisdom, a young soul asleep when brains were doled out – and now the grown up Lord Mayor of Melbourne simply doesn’t know any better. Sad, really.

The good news is that, when you’re this dense, there’s lots of good company, and Robert Doyle doesn’t exactly need the Hubble Telescope to find a friend of similar cerebral calibre. Say a gentle “hello” to Melbourne’s Chief Commissioner of Police, Graham Ashton.

“They’re not homeless, these are people that are choosing to camp in the city,” Mr Ashton told reporters on Thursday. “There’s more people around for them to shake down for money.”

Before you get cranky, dwell for a moment upon that disastrous quirk of providence that causes cleverness to bypass the minds of some folk. It’s a lottery lost at the starting gate, which is where fate burdens the poor with their miserable lot. That a grown man doesn’t have the faculties to see that anyone begging in the streets is clearly not faking poverty but suffering from it is actually quite heartbreaking. To blame Mr Ashton for the way he thinks is like blaming a pig for stinking.

Fortune is a cruel mistress – she makes some people poor, and others witless.