Assassination of Trump foreseen by Nostradamus!

Some say Nostradamus was just 16th-century fake news, but it does appear the old warlock predicted the rise and bloody fall of Donald Trump, writes Jack Marx. 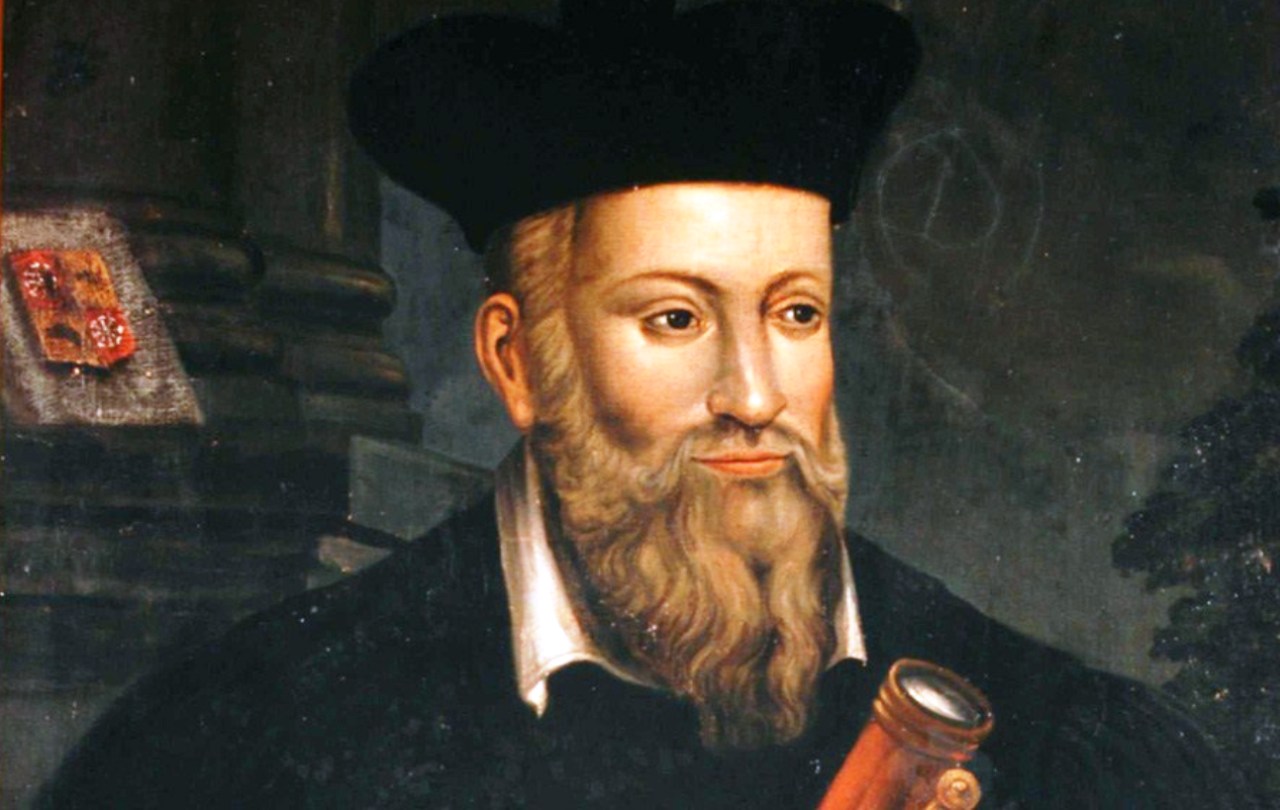 It is said that Nostradamus’ Les Propheties, the first edition of which appeared in 1555, predicted many future events, such as the rise of Adolf Hitler, the assassination of John F. Kennedy and certain soccer results. Others have noted that he may have predicted Donald Trump, but I don’t think they looked in the right places, and they certainly didn’t see his assassination. Here, for the first time, is the rise and fall of Donald Trump, as seen through the eyes of the most famous seer in history. All quatrains quoted can be found in Century 1 of the original text.

From the three water signs will be born a man
who will celebrate Thursday as his holiday.
His renown, praise, rule and power will grow
on land and sea, bringing trouble to the East.

In the Zodiac, the three water signs are Cancer, Scorpio and Pisces. Neither Trump nor either of his parents fall under any of these signs of the zodiac. However, Nostradamus tells us Trump is “from” them, not “of” them – in other words, he was born apart from the water signs, which is uncannily correct. The mention of Thursday as “his holiday” is a clear reference to the fact that Trump’s inauguration celebrations began on Thursday, January 19th. The rest of the quatrain is self-explanatory.

A child without hands, never so great a thunderbolt seen,
the royal child wounded at a game of tennis.
At the well lightning strikes, joining together
three trussed up in the middle under the oaks.

It is well known that Donald Trump is self-conscious about the size of his hands, appendages apparently so tiny that Nostradamus couldn’t see them at all from his 16th century vantage. Born into wealth, Trump would have appeared to Nostradamus as of almost royal nobility, and the wounding at a game of tennis may be a reference to when Donald made a first-class goat of himself playing tennis against Serena Williams in April, 2015. Having already referred to Trump as a thunderbolt, Nostradamus predicts Trump’s striking moment occurs near a well “under the oaks” – a reference, perhaps, to the pool at the Washington Monument and nearly Dumbarton Oaks. The “three” who are joined together are undoubtedly Trump, vice-President Pence and Steve Bannon, Trump’s closest advisor.

When the litters are overturned by the whirlwind
and faces are covered by cloaks,
the new republic will be troubled by its people.
At this time the reds and the whites will rule wrongly.

The “whirlwind” of protests that accompanied Trump’s inauguration left behind a staggering amount of “litter”, which Nostradamus can clearly see through the fog of time. The “faces covered by cloaks” is a clear reference to the Islamic presence at the Woman’s Rally, and Nostradamus can plainly see that Trump’s “new republic” is troubled by these displays of dissent. Nostradamus sees the colours of the American flag, minus the colour blue – the Democratic political indicator – and predicts the Republicans will not rule well.

Alas, how we will see a great nation sorely troubled
and the holy law in utter ruin.
Christianity governed throughout by other laws,
when a new source of gold and silver is discovered.

This is perhaps the most interesting quatrain of all, as it accurately predicts the time of all events portrayed. In the first three lines, Nostradamus sees America “sorely troubled” that her democratic values and constitution (“holy law”) are being ruined by Trump. He sees a time when Christianity is secondary to “other laws” – money, politics, and perhaps even Islam. But the real kicker comes in the last line, when “a new source of gold and silver is discovered”. If Nostradamus is referring to the revolutionary currency, Bitcoin, that’s as close to a time-continuum bullseye as can be expected from a distance of 500-odd years.

The false trumpet concealing madness
will cause Byzantium to change its laws.
From Egypt there will go forth a man who wants
the edict withdrawn, changing money and standards.

The image of Trump is becoming clearer to Nostradamus, who almost makes out his very name through the murk, though he more clearly identifies Trump’s temperament and even hints at the illegitimacy of his presidency. The effects of Trump’s radical opposition to the Middle East are seen clearly by Nostradamus, who predicts an Egyptian emissary will travel to the United States to a do a deal of sorts, but what? Is the “edict” Trump’s immigration laws? Or are the “standards” a reference to the emblems of rule, which the emissary seeks to change? It’s tempting to believe Nostradamus might be telling us of a monetary deal concluded by a representative of the Middle East that will auger the removal of Trump from office.

The trumpet shakes with great discord.
An agreement broken: lifting the face to heaven:
the bloody mouth will swim with blood;
the face anointed with milk and honey lies on the ground.

Whether Nostradamus can see Trump’s name or simply hear his voice is unclear, but there can be no doubt the President has come to great harm through betrayal (“an agreement broken”). The mouth that has uttered such bloodthirsty calls to arms now swims with blood, an obvious reference to an execution. But it’s the last line that is most tantalising. It would be childish to conclude that the “face anointed with milk and honey” might be a reference to “golden showers” – it is doubtful Nostradamus, a serious man, would have reported such frippery, even if he could see it. But what he might be telling us is that the two powers that elevated Trump were also responsible for his downfall. But “milk and honey”? It should be remembered that Nostradamus saw images vaguely, sometimes only as colours. Could it be that he’s seeing Mike Pence’s hair, which would surely have appeared as milky in the rippling waters of Nostradamus’s prophetic vessel. But what of “honey”? Is it possible that Nostradamus is seeing the logo of Breitbart, the bold capital “B” being interpreted in the biological sense – as a bee, the maker of honey? If so, Nostradamus is making a striking accusation: that Mike Pence and Steve Bannon will conspire to assassinate Donald Trump and seize the presidency.

Unfortunately, Nostradamus doesn’t tell us which one will take the throne, but for that we should cut the old bugger some slack. He may well have been nothing more than a word-smart gambler in a witchy-poo age,  but he’s already done a better job of predicting the rise of Trump than most journalists and pundits who are actually here, today, in 2017.