One of the strangest episodes in Australian corporate history ended in suicide 25 years ago, but there are those who say John Friedrich was murdered, including John Friedrich, writes Jack Marx. 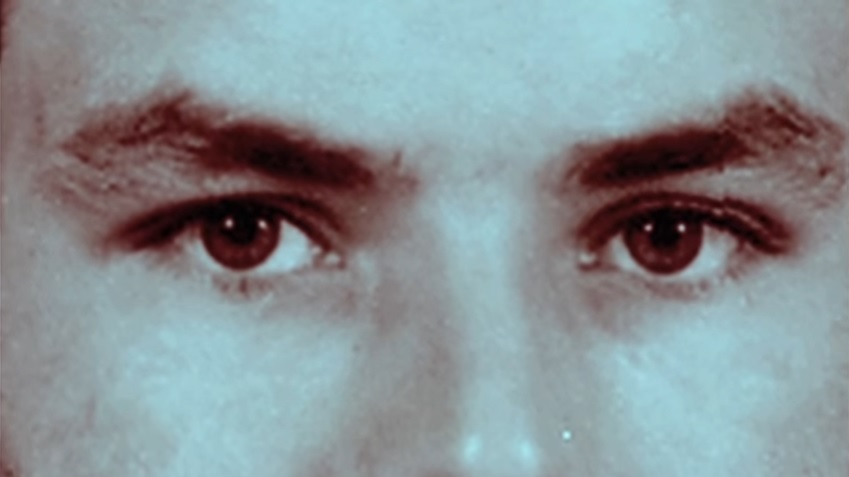 From humble beginnings in 1927 until the early 1980s, the National Safety Council of Australia was a pretty low-watt affair, broadcasting weekly spots on radio and holding the odd community function to push its “safety first” agenda.

By the end of the 80s the NSCA had morphed into an army, an annual operating budget of $90 million employing over 400 people and servicing ships and aircraft on bases in every state of the country bar the west. Recruits, known colloquially as “The Thunderbirds”, wore uniforms with insignia denoting rank and were drilled like a paramilitary outfit, their training in air-and-sea rescue first class. The NSCA boasted 22 helicopters, eight aircraft, a phalanx of all-terrain vehicles, a midget submarine, inflatables, rescue dogs and a squadron of pigeons specially trained to spot survivors at sea. The army often called on the NSCA for help, as did governments of Fiji, Papua New Guinea, the Solomon Islands, France, Canada and Spain. And it was all due to one man.

John Friedrich had answered a newspaper “positions vacant” ad in 1977, the NSCA casting out for someone with engineering experience to join the run-down depot in Sale in Victoria. A short, stocky guy with a bald head, manly beard and a twinge of a German accent, Friedrich impressed the NSCA board with his no-nonsense manner and peculiar magnetism. He swiftly became popular in the organisation and was made CEO by the board of directors in 1982, the board’s chairman, Max Eise, noting that “if Friedrich had been a German general, we’d have lost the war”. It was then that Friedrich, who seemed to have no trouble getting banks to extend him money, began building the NSCA into an independent search-and-rescue division that became the envy of the world. In 1988, Australia’s bicentennial year, he was awarded an Order of Australia Medal for his service to the community.

Some had already noticed something weird about the strange little guy for whom nothing seemed to crumble. The cynical noted that he never accompanied his teams on their many overseas trips — he’d travel the country well enough, but had a weird aversion to crossing into international waters. Then in 1986 a company called Skywest Aviation kicked off some questioning in Parliament about where the NSCA was getting its funding from (the scuttlebutt was ASIO), but when it was learned Friedrich’s mob had just beaten Skywest for a contract tender the matter was laughed out of the house. On another occasion, a pilot named Bill Suhr wrote a letter to the Government asking much the same thing, but he died in an air crash the following year, and the matter was dropped. All very strange.

But the wheels really started to wobble in late ’88, when the NSCA board called in auditors to do some routine accounts cleaning, the suits finding Friedrich either absent or too busy to cooperate whenever they had a query. The auditors found invoices for millions of dollars worth of state-of-the-art equipment that Friedrich always said was out on loan, overseas on duty or in enormous shipping containers, of which there were over a hundred on or around the Sale HQ. Requests to view the contents of the containers were always hilariously thwarted, Friedrich sometimes with the key in the lock before something — a well-timed urgent phone call or the coincidental landing of some spectacular hovercraft nearby — would seize his attention, and thus everyone else’s.

But Friedrich’s gift as a master of diversion could only serve him so far. When the board dived into the records themselves they discovered some ghastly surprises. For a start, they realised they hadn’t adequately scrutinised Friedrich’s CV when he’d applied nearly a dozen years previously — had they done so, they would have found that not even his birth certificate checked out. Moreover, the records showed that the NSCA was in debt for a least $107 million, with $50 million worth of invoices made out to Government departments who denied owing jack.

It was not until Tuesday March 24, as the NSCA board tapped their fingers waiting for Friedrich to show for an urgent meeting to which he’d previously agreed, that the awful truth began to sink in. The containers were busted open and found to be empty. The cops found his house deserted. Friedrich was on the run.

The media went bonkers, both in Australia and abroad, and by the time Interpol had been alerted it had been discovered that the NSCA was a staggering $236 million in the hole, Friedrich having borrowed it all from banks using nothing much more than chutzpah.

Meanwhile, in Germany, someone had spotted Friedrich’s photo in the paper and the face had rang a bell. It was Fredrich Johann Hohenberger, who had disappeared in the 70s after having pulled much the same trick, on a much smaller scale, with an engineering and earthworks company by whom he’d been employed as a road builder. When police had gone to arrest Hohenberger as he’d holidayed at an Italian ski resort in 1975, he had simply disappeared on the slopes, the discovery of his luggage in the snow convincing detectives that he’d probably committed suicide. It seemed more likely than the possibility of him having flown in a single set of clothes to Australia and assumed a new identity (which is exactly what had happened). Being that he’d snaffled less than $200,000, they didn’t bother to pursue it.

In 1989, however, when his dear old mum in the town of Landshut, near Munich, was shown John Friedrich’s photo, she burst into tears — it was her Johann alright, whom she had believed was dead all these years. The bastard hadn’t even called or written to tell her he was still alive.

Strangely, the investigation was to find that Friedrich had pocketed little of the money himself, the entire scam, apparently, having been in aid of the NSCA (which Friedrich had undoubtedly come to view as something of a representation of his own ego). This led many to suspect some nebulous organisation might have been behind the fraud all along — the CIA, perhaps, or the KGB — but no evidence has ever been found to sustain it.

Of great assistance to such rumours was the weird ‘assassination attempt’, which occurred in January of 1991 when Friedrich had been (incredibly enough) released on bail. Friedrich’s claim that the shadowy figure who’d knocked on his door before firing six shots from a .45 pistol was a “political” assassin didn’t carry much weight, considering every shot had laughably missed. The belief at the time was that Friedrich himself was the shooter, and no evidence inconvenient for such a conclusion has ever been raised.

With his trial set down for August, Friedrich could see the writing on the wall. On July 26, he went for a stroll in the hills near his farm and never came back, a neighbour finding his body that afternoon, a snub-nose .38 by the dead man's side.

But the story doesn’t end there. While on bail, the little workaholic had been feverishly writing his memoirs for any interested parties, and thus released posthumously was Codename Iago: The Story of John Friedrich described by one reviewer as “one of the least reliable but most fascinating memoirs in the annals of Australian publishing”. Inside, the author reveals that he was born in South Australia, was actually called John Friedrich (he had only used Hohenberger’s identity, he reckons, after he had read about the poor boob’s suicide on the slopes), and that he worked as a spook under deep cover for the CIA in Laos, Vietnam, Egypt, New Zealand and Europe. The NSCA had indeed been a front for various organisations, though, tactfully, Friedrich does not spill the beans on exactly who (ASIO is the vague suggestion). The Australian Financial Review‘s Trevor Sykes described the book as "pure moonshine from start to finish".

The book concludes with a startling prophesy: “My days on Earth are almost certainly numbered”.

There are still those who insist that John Friedrich (or whoever he was) fell victim to foul play in the end, and they speak their mind in the documentary, John Friedrich: Catch Me if You Can. Former NSCA employee Rick Parish shares an opinion that is typical of those who knew him:

“He was able to just get anyone on side, get his story across to anyone. He was quite remarkable … I don’t believe for a minute that John would shoot himself. He wasn’t that sort of person.”

Parish doesn’t seem to hear the irony is his own words, because nobody really knew John Friedrich at all.