Like the grape and the grain, beer and politics should be mixed with caution, writes Shane Cubis 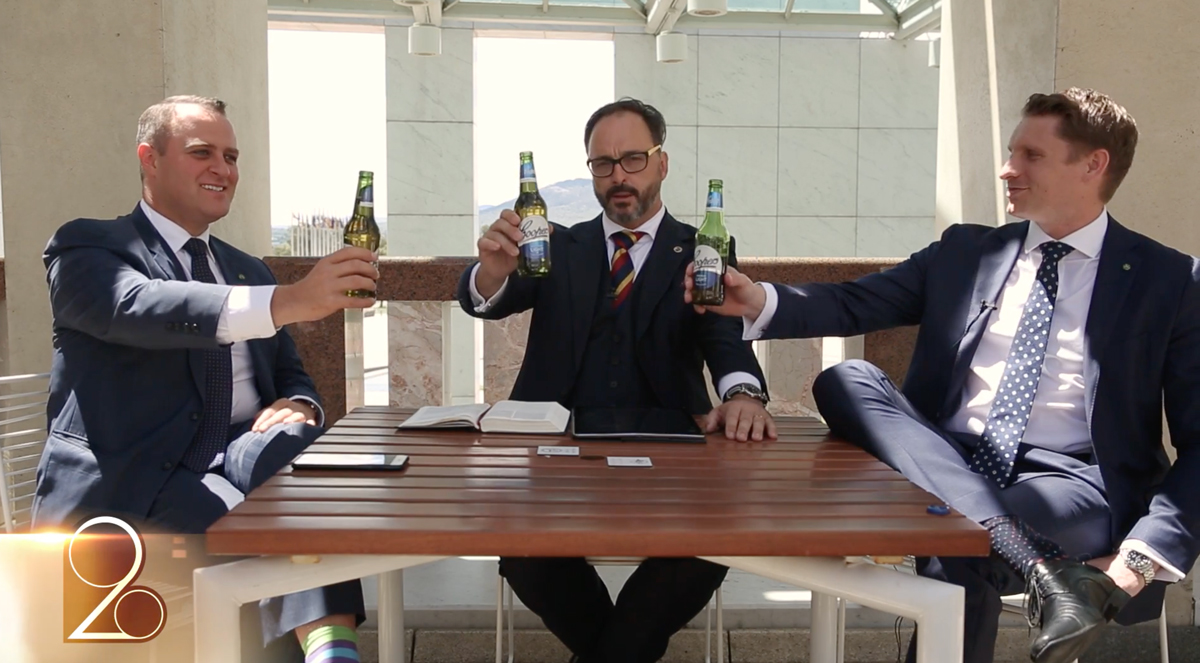 Last week politics came buzzing around the front bar and dive-bombed into my beer like an unwanted fly. This wasn’t the usual akubra-toting MP shaking hands and sipping a middy like poison. This time it was Coopers making the ill-advised decision to get involved in the marriage equality debate, featuring in a Bible Society ad where two Liberal pollies agree to politely disagree on the subject while sipping a Coopers Light like poison. In the aftermath, various pubs have stopped serving Coopers, with one owner filming himself throwing out all their stock.

Personally, there are two reasons it’s easy for me to boycott Coopers over something like this:

Australia’s beer market is so jam-packed with options that there’s never going to be a situation where I have to choose between politics or trying not to drink sedimentary dregs. The same went for the CUB boycott last year – there’s no hardship in picking a different beer.

Other boycotts are more difficult. When I found out Head & Shoulders dandruff shampoo used palm oil, I was as devastated as the orangutan habitats in South East Asia. On the other hand I enjoy gliding into the boardroom feeling nothing but confidence. So I swapped my body wash for one that donates money to homeless people, then signed an online petition to have orangutans legally declared people. Lateral thinking.

But at least Coopers was quick to act when they saw their market base eyeing off other brews, releasing a statement to the effect that they didn’t actually know what was going on and they’re a family-owned company – which, incidentally, means they want us to picture them like your adorable Pop checking in on the homebrew in his back shed before bowls. That’s the way you do it, and that’s where Bakers Delight went wrong last year when they were in the outrage spotlight.

You don’t come out and say, “Actually these seemingly unfair contracts are within the letter of the law” like you’re talking about a little-known Monopoly rule. That’s not what bread customers disgusted with hard-nosed corporate tactics from a company with the word ‘delight’ in its name want to hear. Instead, you hire a jolly gent with flour-stained hands and sad eyes to get in front of cameras and announce he’s going to roll up his sleeves and see what the money-men have been up to, then a bit later you talk up how all employees get free cheesymite scrolls whenever they’re hungry.

Then we all start craving those delicious treats and can’t stay mad.