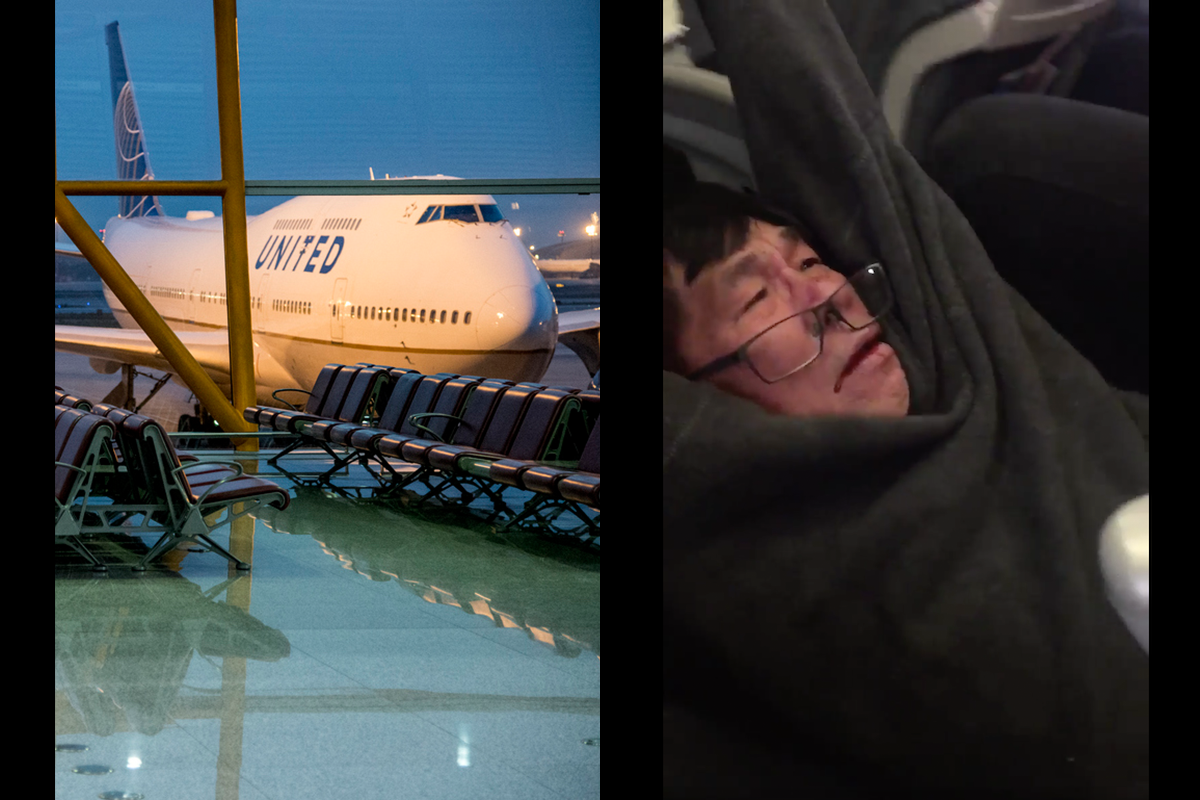 This shouldn’t be new information. How long have we been using outraged hashtags and pointed @s to bully companies with the threat of bad press to get better service? At least since I got my first iPhone and downloaded the Twitter app. (That day I’d angrily quit Optus in a fit of pique over my perception that they were stonewalling on giving me the device, walked into a Vodafone outlet where the girl behind the counter shyly asked me to read her poetry when she learnt I was a writer, and I subsequently told the world* I’d be sticking with the British multinational through poor coverage and convenient overseas data options.)

Alas, American runway specialists United Airlines failed to learn the lessons of 2009’s #optusfail, insouciantly carrying on with a questionable-to-say-the-least approach to customer service that seems to assume that (a) nobody has a portable TV studio with them at all times, and (b) those same nobodies certainly don’t have a nose for newsworthy happenings.

And so now we have a Hollywood blockbuster’s worth of footage showing a man being violently dragged from his plane seat and down the aisle by three security guards, complete with behind-the-scenes material of his busted lip and bleeding face. Was he a terrorist? Did he make a joke about a bomb? No. He was randomly chosen to be kicked off an overbooked flight to make room for a United employee, and refused to disembark. (Apparently he’s a doctor and had to see patients early the following day, but hey – whatever his reason, he paid for the ticket.)

@United overbook #flight3411 and decided to force random passengers off the plane. Here's how they did it: pic.twitter.com/QfefM8X2cW

Even by the increasingly insane standards of US flight security, this seems like a PR own goal – especially since United’s most recent media attention came from them banning teenage girls for wearing leggings. It seems like the sort of event that would have you, in a managerial position, saying, “Oh for f… – get the spin guy on the blower for me, would ya? We need to give this doctor bloke a lifetime upgrade to first class and a visit to the cockpit to shake the pilot’s hand. Oh, grab me a coffee while you’re up. Two and moo. Ta.”

Instead, here’s the official statement from United: “Flight 3411 from Chicago to Louisville was overbooked. After our team looked for volunteers, one customer refused to leave the aircraft voluntarily and law enforcement was asked to come to the gate. We apologise for the overbook situation. Further details on the removed customer should be directed to authorities.” Which… isn’t inspiring me to fly with them any time soon, even if CEO Oscar Munoz did follow up with this reassuring tweet, which has 5000 plus likes so far.

So what have we learned? Humane customer service trumps quality of product, and you should always make sure your network provider has strong enough coverage to get your citizen journalism uploaded and hashtagged as quickly as possible.

*My largely disinterested Twitter followers, who had been hoping for less entitled whinges about telcos and more Chaser-style funnies.