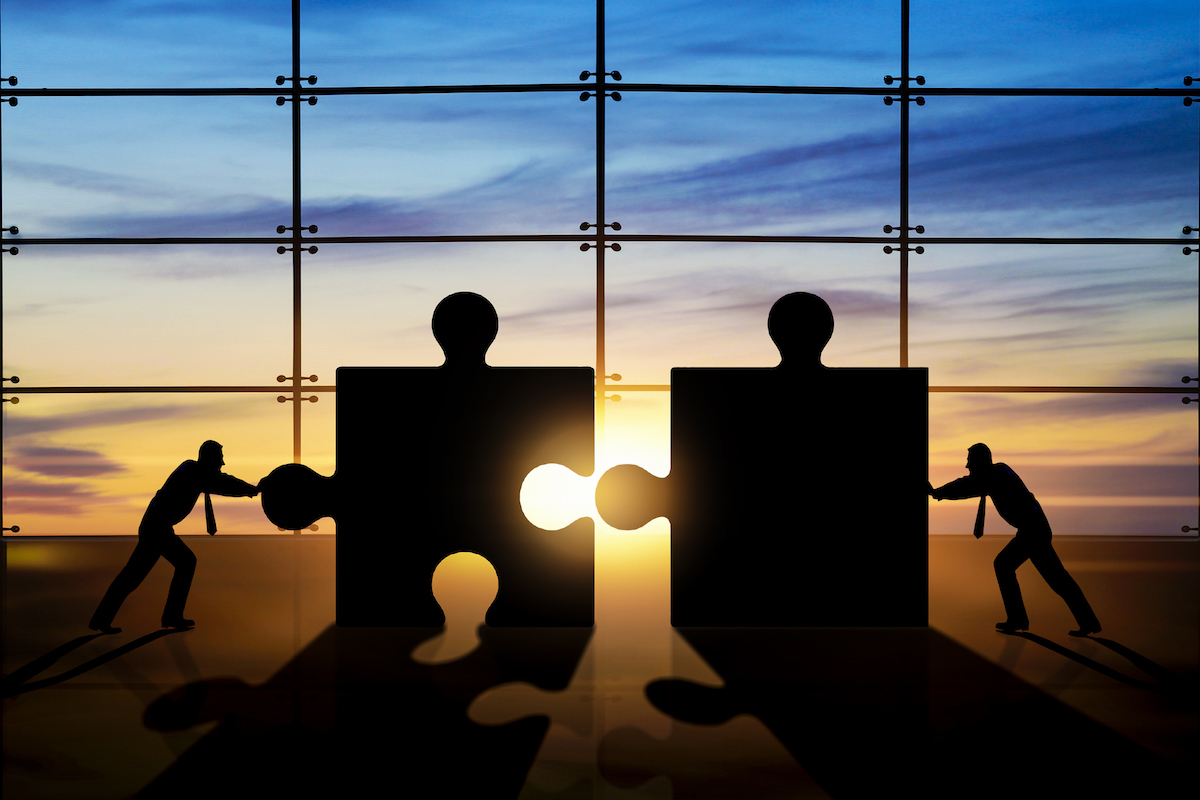 It’s a rare business that makes its living by selling to one customer. As anyone who has built a business knows, you have to be able to create a product that more than one person will want. The thing you create becomes the common ground between you and your customer. As you add customers, you build common ground and a community. This is the essence of commerce.

This is the standard dictionary definition of commerce: “The activity of buying and selling, especially on a large scale.” There’s also the older meaning of commerce, which more accurately reflects its etymology, of “social dealings between people”.

Commerce and trade have long been important in the way we create connections between people and build bridges between cultures. Going back thousands of years to the first souks and bazaars of the ancient Middle East through to the digital hustle and bustle of online marketplaces, people have always come together to trade and make deals in the name of commerce.

That means merchants and traders – business people – have always had a special role to play in fostering good relations and understanding between diverse groups of people. Underlying these transactions and relationships is the idea of trust. We tend to do business with people we trust or when there are mechanisms in place to encourage trust.

We hear a lot these days about what a polarised and fractured world we live in. From the battle between ‘deplorables’ and ‘social justice warriors’ in the US to the war of words between the ‘Yes’ and ‘No’ sides in our own same-sex marriage debate here in Australia, there’s an awful lot of bitterness and anger out there. There doesn’t seem to be much in the way of common ground, plain decency or trust in these cases.

All of this is compounded by the social media news bubble many people live in and the capacity for keyboard warriors to vent their spleen on all sorts of issues, on Twitter and Facebook especially.

In this environment, the internet has become a lethal weapon. Looking for statistics to back up your argument? You’ll probably find some kind of study or survey online that confirms your point of view. Soon enough, you’ll amass a jumbled heap of facts and stats that you can launch at your opponents, and they’ll do the same to you. It then becomes an arms race as to who can gather more facts and who can hurl them with more vitriol.

Neuroscientist Tali Sharot has done a lot of work looking at how we can reach a point of common ground that doesn’t rely on bashing each other over the head with facts and alternative facts until we’re all stupefied. She says brandishing facts is not the always the best way to bridge divides. In fact, facts can often just make things worse.

“The very idea that simply providing people with data would be sufficient to alter their beliefs is condemned to fail,” Sharot says. This is because new information is processed to either strengthen our pre-existing beliefs when it confirms a position we hold, or we outright ignore the new data if it challenges our views. This makes us prisoners of confirmation bias.

Sharot says identifying a shared goal is a better way to bridge a divide: “In life, we tend to focus on our differences, because those carry the most amount of information about what makes each person unique. We forget that our commonalities far outweigh them.”

In our own small ways as business people, this is what we do each day. We instinctively look for the commonalities that bring people together. It’s usually around a product we sell, but those relationships often open up into more social connections too. We start to understand our customers as people.

We don’t necessarily make grand statements about bringing people together, but it is often at the heart of what we do. We’re creators and connectors. Bridge builders. It’s worth remembering that in these times.