OK, so Homer Simpson hasn’t won a Nobel Prize but it could be argued that the creators of the animated hit should be in the running, writes Fi Bendall. 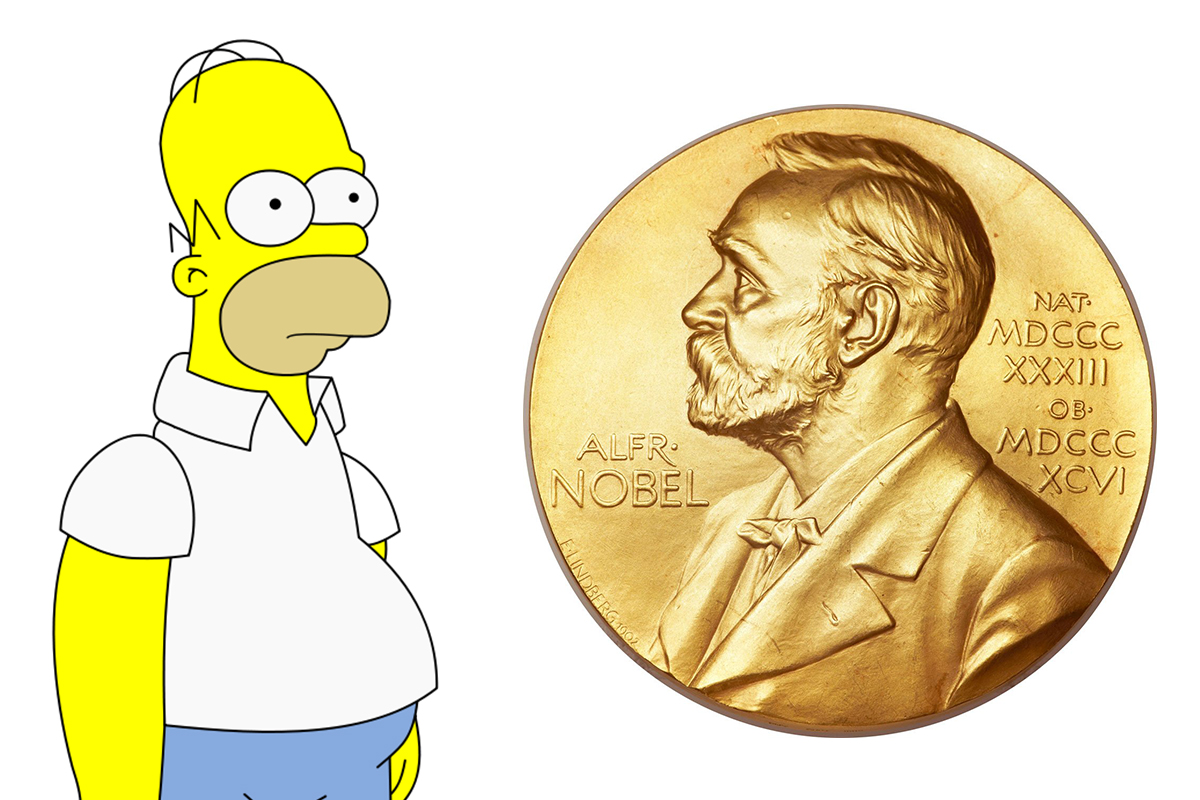 While the heading isn’t accurate, there’s a decent argument to be made that the creators of The Simpsons should be in line for a Nobel prize. This is because Homer Simpson plays a part in explaining the ideas of the Nobel Economics Prize winner for 2017 Professor Richard Thaler.

In awarding Thaler the prize, the Nobel committee said, “In total, Richard Thaler’s contributions have built a bridge between the economic and psychological analyses of individual decision-making.”

Thaler is known as one of the founders of behavioural economics and also one of the people behind the idea of ‘nudges’ — the little push designed to direct people a certain way in terms of purchase or behavioural decisions. Along with Cass Sunstein, Thaler authored the popular book Nudge: Improving Decisions About Health, Wealth and Happiness.

Thaler’s big idea is that we’re not really as rational as we would like to think and we’re nowhere near as rational as economists have traditionally wanted us to be. In fact, he says we’re predictably irrational and this is why, despite the best intentions of economists and others to model and predict our behaviour, we invariably stuff it up by letting our pesky emotions and the like get in the way.

Thaler uses the term ‘econs’ for the model of behaviour economists have traditionally ascribed to humans. For Thaler, econs are an alien ideal, a bit like Star Trek’s Mr Spock.

“Real people are not econs. Real people have trouble balancing their chequebooks, much less calculating how much they need to save for retirement; they sometimes binge on food, drink or high-definition televisions. They are more like Homer Simpson than Mr Spock. Call them Homer economicus if you like, or just humans. Behavioural economics is the study of humans in markets,” he says.

This insight is something smart salespeople and canny advertisers know instinctively. Rather than a sober, meticulous game of chess, the inner workings of most people’s minds is a little more like a pinball machine being played by a teenage boy on a sugar bender. That’s why, generally, bright lights and noises work better than silence and muted tones when trying to sell things to people.

And people being people, as soon as you give them bright lights and noises they’ll opt for beige and quiet instead.

Beyond the obvious aspects of price and quality, there are many other variables that go into how we do things like make purchase decisions. This is what makes being in businesses like retail, marketing and advertising so pull-your-hair-out-and-cry fascinating. A lot of the stuff beyond price and quality comes down to emotional connection, and sometimes it’s hard to find much rhyme or reason why, for example, one brand has a stronger emotional connection for consumers than another.

It’s in these murky margins that creatives and behavioural strategists meet and go looking for clues. When the clues point in the right direction and a connection is made between consumers and brand, you’ve struck gold. It might not always make sense, but then as Thaler has shown, neither does Homer economicus.