If the (odd) shoe fits

Is accidentally wearing odd shoes to an event such a big deal? 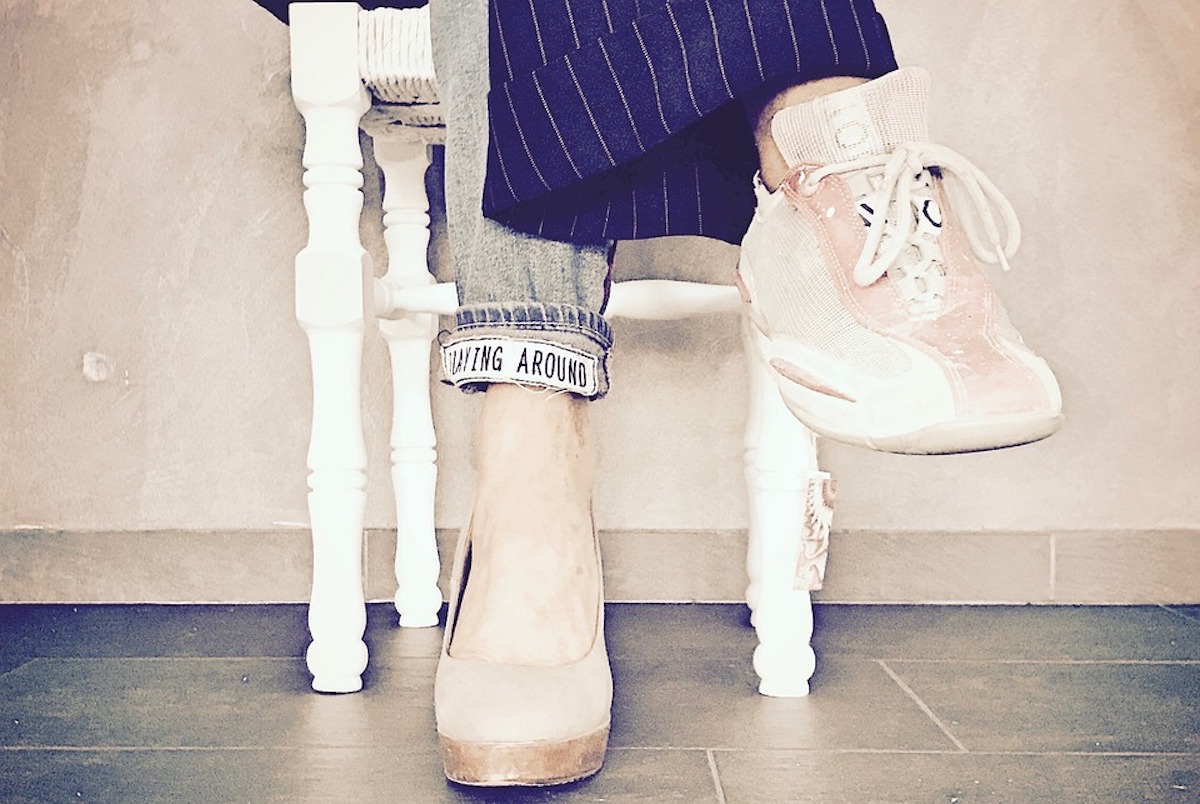 I wore odd shoes the other night.

They weren’t odd in colour, but definitely odd in style.

While nobody gave me a second glance, my erreur de mode was quickly spotted by a very fashion-conscious friend.

I was more bemused than embarrassed. Move on, nothing to see here, show’s over, let’s get a drink. Surely, my little fashion faux pas was no real cause for concern. Anyway, aren’t there fashionistas out there trying to make mismatched shoes a thing? Those in the know call it asymmetric. And didn’t Carrie Bradshaw pull this look off nearly 20 years ago?

Reactions to my asymmetric look, however, were not so supportive.

Apparently, my fashion statement screamed more wardrobe malfunction than vogue. No-one even laughed at the hilarity of it all.

Some were confused, some mortified on my behalf, while others were just horrified. Then there were those who gave me ‘the look’ – to intimate disbelief that you could possibly do something so stupid.

Conceding this wasn’t an attempt by me to be trendy, I’ve decided there are two types of people in the world – those who wear odd shoes out and those who don’t.

In my world, it’s quite a simple mistake to make. I have several pairs of black shoes, lined up in my cupboard like snags on a barbie. I dived in and slipped on a couple. They were black, a similar style, the heels were the same height – I figure I would have been alerted to an uneven gait – an easy gaffe, non?

Conceding this wasn’t an attempt by me to be trendy, I’ve decided there are two types of people in the world – those who wear odd shoes out and those who don’t.

The next day, laughing about this with my friend Mes, I stopped mid-sentence because she had ‘the look’. Clearly a never-wear-odd-shoes person, she was completely puzzled as to why I couldn’t complete the simple task of matching my footwear. In her world, shoes were matched, no excuse.

I was just as perplexed as to why she thought it was such a big deal. Obviously, I lamely offered, I do know which shoe goes with which.

“Then why didn’t you match them?” she snorted.

Trying to explain the wardrobe was dark, I was in a hurry and snatched them from the middle of the row, just didn’t cut it.

In fairness to Mes, I had form. She clearly remembers my ineptitude when I, sort of, forgot her address. I say ‘sort of’ because I know very well how to get to Mes’s house, having done it dozens of times before. My ex visiting from England, however, had no idea, and had even less of a clue armed with my instructions.

You see, the flaw in my directions lay in the actual destination. I’d told him the wrong street name. Thank goodness, our daughter led him to the right house, despite it not being where I said. Thank goodness, I’m sure he thought, he was no longer married to such a ditz.

I figure that people who wear odd shoes also lose their cars very easily in car parks. I did that after a huge concert in Sydney, when at midnight I was still wandering aimlessly from floor to floor looking for my car.

Arriving at ground level, again, I asked the lovely security guard if he could help, feeling very relieved that he didn’t seem at all surprised. People must lose their cars all the time, I thought.

But then he gave me ‘the look’.

Lifting one brow, he pointed behind me to my car, about 50 metres away. How could I not remember entering the car park on the ground floor? One thing I do remember very clearly though, after my four laps of the car park, is the pair of black heels dangling from my wrist.

They were a perfect match.