The makers of the bad seed

Ruthless and stupid media believes parents of a killer deserve everything they get, writes Jack Marx. 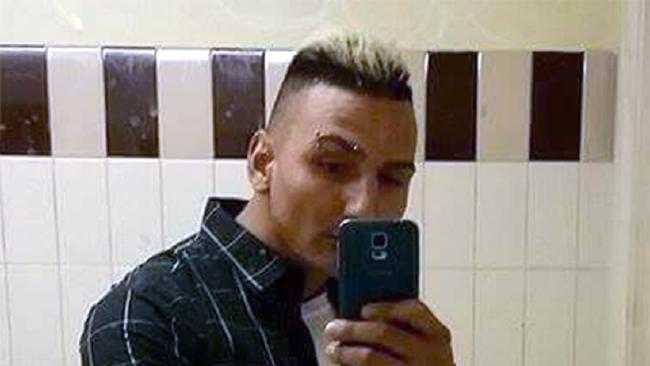 The media, having not much to work with on the guy who mowed down Melbournians on the weekend, but who is too ill to front court, has turned on his parents:

AN OLD friend of accused Melbourne killer Dimitrious ‘Jimmy’ Gargasoulas has revealed his father called her an “Australian sl*t”. Alisha Bland, former girlfriend of the driver’s half-brother George, told news.com.au the family “didn’t accept her because she wasn’t Greek.”

She said the boys’ father Chris told her over the phone, “You’re nothing but an Aussie sl*t, and Aussies are for a good time not a long time”, and that the driver’s mother Emily would “get on the phone telling me to leave George alone”. Ms Bland, 30, added: “They even accused me of trying to get pregnant to steal his inheritance.”

She “couldn’t believe it” when she heard Gargasoulas had allegedly mowed down pedestrians in Melbourne’s CBD on Friday, killing five people, including two children, and injuring 15.

Parents of the damned are fair game in Australia, where blockheads expect parental love to snap into line with the law. The mums and dads of a murderer are expected to hate their child as much as the pitchfork-wielding public, and if they don’t they’ll be hoist on the same gallows as their kid. Thus a set of bureaucratic rules, laid out by men in silly ties and Florsheims, trumps the natural law of care for one’s offspring. By this logic, parents should love a child just a little less with every speeding ticket the tacker earns. Anyone who’s ever held a little life in their arms knows it doesn’t work that way.

That aside, are we really witnessing a revelation here, with the news that an ex-girlfriend of a half-brother of a killer remembers that the parents were rude to her? What is the exact purpose of this story? Would it be news if Alisha Bland’s ex-boyfriend’s half-brother hadn’t committed a crime? No. So what is the story trying to tell us?

It’s trying to tell us that Mr and Mrs Gargasoulas are responsible for their son’s crime. They were terrible people, the story says, because they treated Alisha Bland badly. Never mind that Ms Bland might be an unreliable voice (reading between the lines gives one the suspicion there might have been something akin to stalking happening). As a superior at the ABC told me in the last office media job I’ll ever have, “They say it, you report it”. The people will want to know this stuff, so give it to them. This is journalism in the 21st century; the reporter, once trusted to balance the truth, now a mere courier of sounds from one place to another – a feeder of chooks, basically, who cares less for the stuff being tossed than whether the gaggle is into it. No wonder half the kids I lecture look like dead models propped up by inserted poles.

Back in the days before the internet, what readers thought of your story was a bit of a mystery. Letters might dribble in, sub editors on the floor might tell you they liked it, but, otherwise, it was impossible to know which story was more popular than another. All you had to guide you was a sense of whether the story was good or not, and the reader, invisible and far away, didn’t factor into that puzzle too much. Essentially, you were writing to yourself, not a moron.

Today it’s quite different. Cretins guide you – they edit you, in a sense. The clicks on your story tell you and your editor whether you’ve done a good job or not. It doesn’t matter that those clicks might come from a Cocker Spaniel whose balls are trapped underneath the mouse of his master’s laptop. They’re hits and they sell ads. One must write for that mutt’s testicles. A journalist in the 21st century is writing for the balls of a dog.

Mr and Mrs Gargasoulas no doubt feel the shame of their son’s actions. They’ve been reported as saying they “scratch him” from their lives, that they’re “ashamed”. Family pride is strong in the Greek community, where children are little envoys of the family name. But, despite their proclamations in the media, deep inside they would doubtless break all their own bones to save their boy, who they raised from the cradle, who gave so much joy in return for their love, and who they know is in the most loveless hell at this time.

It would take a great journalist to get them to admit it, a journalist who didn’t care what a dog’s ballbag might think.

We won’t be reading that story today.