Why not make money when you rule the world?

Perhaps there’s no point in being the boss of planet Earth if you can’t make a buck, writes Jack Marx. 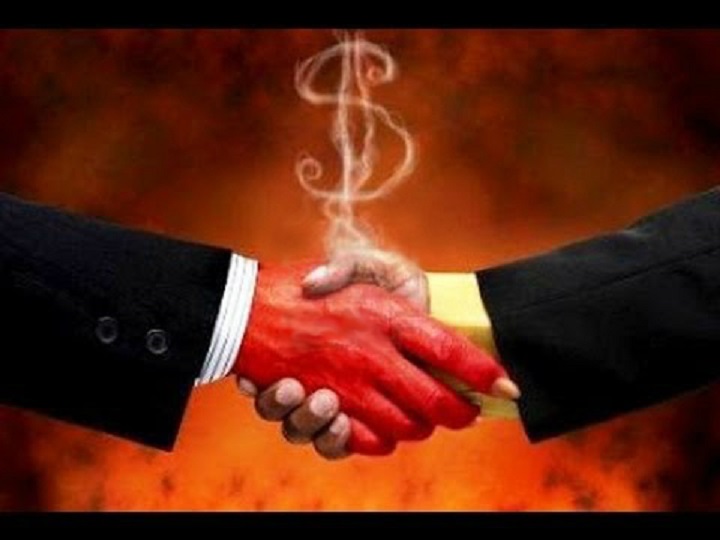 Like many people, I’ve been suitably outraged by the Trump family’s shameless financial opportunism of the Presidency the living patriarch has inherited. The fact Melania considers her position a “once-in-a-lifetime opportunity”; Ivanka’s clothing line being spruiked by the President and members of his administration; Donald’s refusal to follow protocol, divest the family business and place his assets in a blind trust — it all paints an ugly picture of a First Family determined to gold-dig the Presidency for all it’s worth.

But, in an effort to find sense in the nonsensical, I’ve forced myself to play my own devil’s advocate, and the conclusions I’ve come to are unsettling to the left-leaning spirit I’ve been cursed with all my days. From this devilish vantage, it appears my outrage is, at very least, pathetically naïve.

A President of the USA who did not benefit financially from his elevation to “leader of the Free World” is a rare bird indeed. Only a handful — Lincoln, Grant, Buchanon, Garfield, Truman, Chester Arthur and Andrew Johnson — died with less than one million dollars in the bank. The rest used the gravitas of their former position to bequeath to their families fortunes that were, by any standards, whopping.

Neither Washington nor Wall Street — nor the business leaders of the world — forget a former president’s name. Ex-Commanders-in-Chief become highly-paid consultants, accept coveted positions on corporate boards, and call on the connections that sucked up to them while they were in office to make luxurious business and real estate acquisitions. Even Nixon, chased from the White House in disgrace, left behind a $15m nest egg for his family.

The obvious difference today is that Trump appears to be ramping up the family business during his term, before the ink on his inauguration papers is even dry. But might that not be a comparatively honest piracy? It’s perhaps a bit green to believe that presidential favours haven’t been curried before in the halls of Washington, that past presidents haven’t had their minds on retirement as they’ve shaken hands with the business leaders of the world. Might Donald Trump not be the first American President to expose the graft and luxury of office for what it truly is? Is Trump simply a man of his time?

There is a compelling historical parallel to be made between Trump and Harry S. Truman, considered by many historians, political scientists and presidential scholars to be among the ten greatest presidents who ever lived. In 1950, the President’s daughter, Margaret, was pursuing a career as a concert singer when she scored a lousy review authored by Paul Hume, a critic for The Washington Post. From his desk at the White House, Truman sent Hume the following letter:

I’ve just read your lousy review of Margaret’s concert. I’ve come to the conclusion that you are an eight ulcer man on four ulcer pay.

It seems to me that you are a frustrated old man who wishes he could have been successful. When you write such poppy-cock as was in the back section of the paper you work for it shows conclusively that you’re off the beam and at least four of your ulcers are at work.

Some day I hope to meet you. When that happens you’ll need a new nose, a lot of beefsteak for black eyes, and perhaps a supporter below! Pegler, a gutter snipe, is a gentleman alongside you. I hope you’ll accept that statement as a worse insult than a reflection on your ancestry.

This missive, certainly no less protective of a daughter’s income than any tweet authored by Donald Trump, earned Truman some criticism when it was subsequently leaked to the press, but many also thought it Truman’s perfect right to defend his daughter’s interests.

Does the fact Truman sent the letter privately, on a White House letterhead, make it any more dignified or “presidential”? Is Trump merely letting it all hang out where past presidents — even the greatest of them — have conducted their swindles and lusts under a Capital Hill bushel?

Like I say, these questions may come from a devil’s advocate, but perhaps the devil ain’t so dumb after all.