One year later, what has the US learned from Pulse nightclub?

If the United States knew how to heal, it wouldn’t keep creating the conditions required for repeat acts of domestic terror, says Jennifer W Neal. 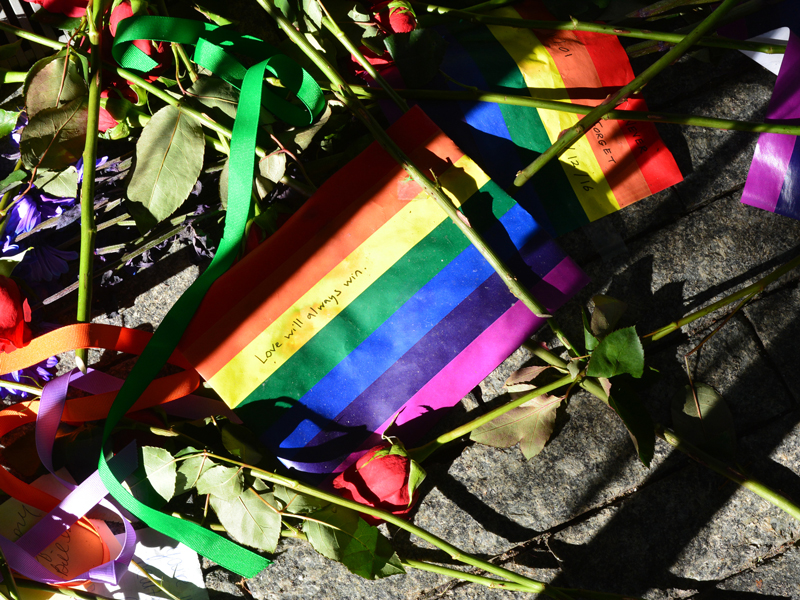 One year ago, the US suffered its worst domestic terror attack since September 11, and the assailant wasn’t a Saudi national or a rogue refugee. He was an American citizen, with deeply internalised homophobic beliefs. And despite repeat run-ins with the law, including but not limited to being put under investigation several times for ISIL sympathies, a man many described as violent, emotionally unstable and mentally disturbed was able to obtain a concealed weapons permit, and military-grade assault rifles, to kill 49 innocent people, wounding dozens more.

While America remembers these attacks with heart-warming pride parades and celebrity-laden tributes, it remains silent on how to fix the root causes of these attacks – namely, homophobia and gun control.

Much like the most shameful but addictive reality TV show, the public keeps tuning in to a storyline with which we’re all intimately familiar, and where the ending is anything but unpredictable. While this week was full of action-packed reasons to delight in the misery of powerful politicians who hate you, your mama, your dog and the milkman, it was also a stark reminder of where America’s priorities really lie – in the self-indulgent chaos that is our justice system, rather than the victims it keeps on creating.

The US has no intention of taking on the much beleaguered second amendment, nor is it interested in protecting federal rights provided for the LGBT community, still under siege in a country now run by a man openly endorsed by the Ku Klux Klan.

Pulse victims will be honoured by a memorial planned in part by the club’s founding owner, Barbara Poma, but to truly honour them would be to make the legislative gains required to prevent this same horrific tragedy from happening again. In this sense, America’s leaders (and to an extent, its public) doesn’t mourn its dead, not truly – it merely acknowledges the chain of events that led to their tragic murders, while simultaneously surrendering to the all-to-real possibility that it could, and likely will, happen again.

That’s not to say that former FBI director James Comey’s recent testimony nor President Trump’s alleged (I can’t believe I still have to say ‘alleged’ here) Russian connection aren’t important. They are. But the fact that multiple Congressional committees, investigations, testimonies and inquiries are likely to soak up the majority of our attention span this year, while countless numbers of LGBT youths live in fear every time they leave the house on a Saturday night, is nothing short of a gross, shameful moral failing.

And to anyone who wonders about the direction of social progress in a country that champions innovative thinking and invention, just know that homophobia still runs rampant on US soil, while Trump’s travel ban works its way through the judicial system.