Put some clothes on!

At the risk of sounding like an old nana, please keep your onesies and flannelettes for your bedroom. I don’t want to see them! 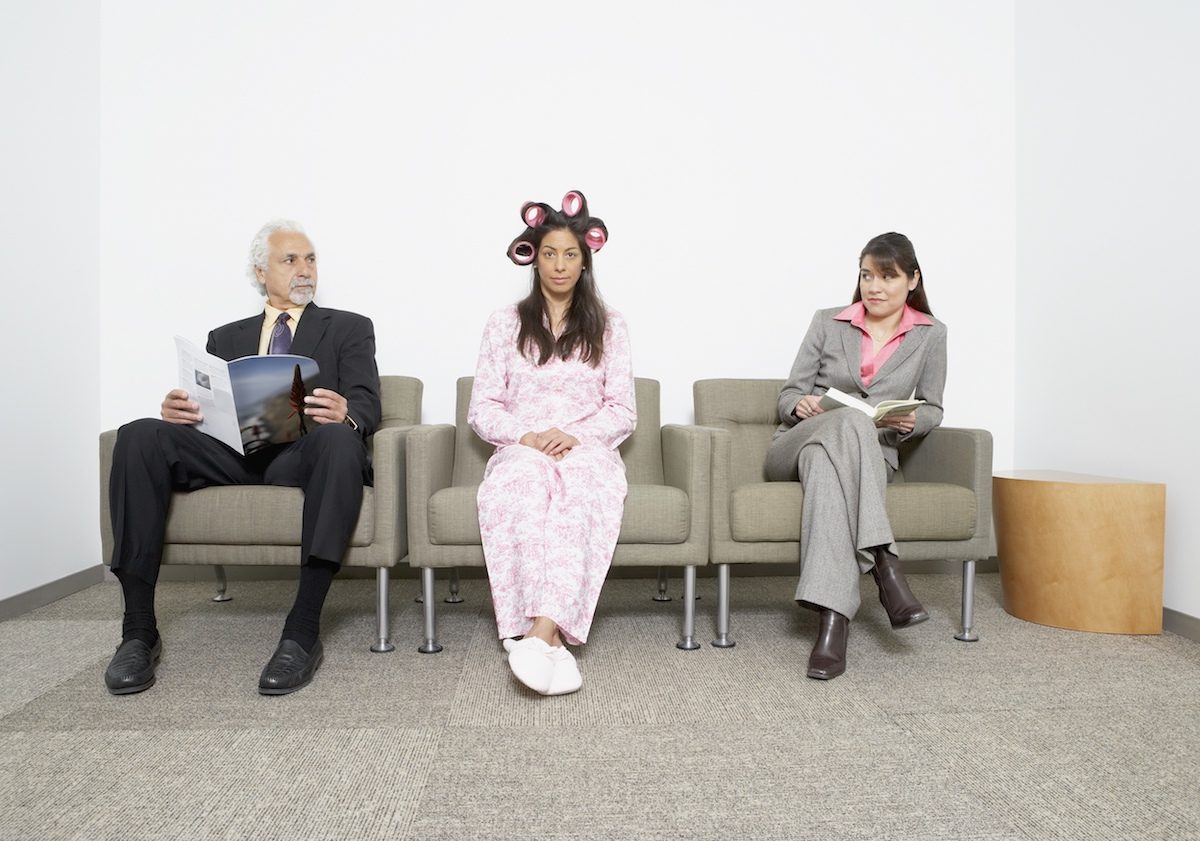 I love getting into my jim-jams. Not streetwear that doubles as sleepwear, but proper flannelettes in winter, and a natty, matching cotton set for summer. Sure, they may be a little uncool, sporting the odd floating cloud or scampering chipmunk, but they come under occasional wear, and the occasion is dreamy.

A CEO friend of mine is far more particular about her nightwear. Nothing daggy for her, nothing too fancy either, although money is no object. She’ll spend weeks trawling the shops looking for the perfect bedroom attire – comfortable, coordinated and, dare I say, just a little careful.

Interesting, considering no-one ever sees her dressed for bed. She’s single, has no children and wouldn’t be seen dead answering the door in her pyjamas, no matter how stylish they were.

It’s a shame some hotel guests don’t share her restraint. The latest trend emerging among the ‘I don’t give a damn’ society, is for guests to saunter downstairs to breakfast in their PJs. And we’re not talking streetwear that doubles up; we’re talking onesies and flannelettes. All snuggy buggy, cute as a button, bed wear. Except it’s not cute. And it’s certainly not acceptable.

I know, I know, the hotel promised a home away from home, a haven to relax in, but can’t they relax over their scrambled eggs with clothes on? Is it too much to ask to throw on a T-shirt and a pair of shorts? Or jeans? After all, getting dressed to appear in public is a skill we learned as toddlers. If an extra two minutes can’t be spent throwing on some clothes, order room service.

Also, there is that matter of smell. No matter how clean, pyjamas have that slept-in smell. That sour, bedraggled smell, which may be fine when cosying up to a partner on a Sunday morning, but is offensive to a stranger queuing behind you for porridge.

As for the adults spotted at hotel buffets wearing onesies, clearly they never received the memo. That’s the very public alert warning that while onesies are charming, their cuteness is only effective on children. Adults wearing them just look creepy, unless of course it’s an after-hours pyjama party involving lots of wine. And then more wine.

Well may you argue that Winston Churchill won World War II wearing something resembling a onesie, but these were custom-made siren suits designed to be slipped on quickly in the event of an air raid. And yes, Michael Jackson may have turned up in court wearing pyjama bottoms and slippers, but who wants to look at a fruit loop while we’re eating them?

The trend has spread beyond hotels; so much so, it’s earned a label in the UK. Apparently the ‘all-day pyjama syndrome’ is a growing fad and, while not banning the practice, supermarket Tesco has given a directive to managers that they can eject pyjama-clad shoppers. Meanwhile, school principals have clamped down on the practice as more and more mothers are dropping off, and even picking up kids, in their nightwear, with some wearing pyjamas even to school assemblies and meetings.

Considering I’m barely able to look at myself first thing in the morning, I’m damn sure I don’t want to feast my eyes on anyone else who’s just rolled out of bed, sans bra, sans undies, sans dignity. Letting it all hang free is just plain cruddy, and trying to camouflage the look with a dressing gown and slippers is even worse.

I understand life at the moment is all about finding ourselves, asserting our rights, and adopting that ‘bug off, I’ll do what I like’ attitude. Being true to yourself is admirable. But this is not about individuality, it’s about laziness.

Get dressed, please. And don’t forget the bra.