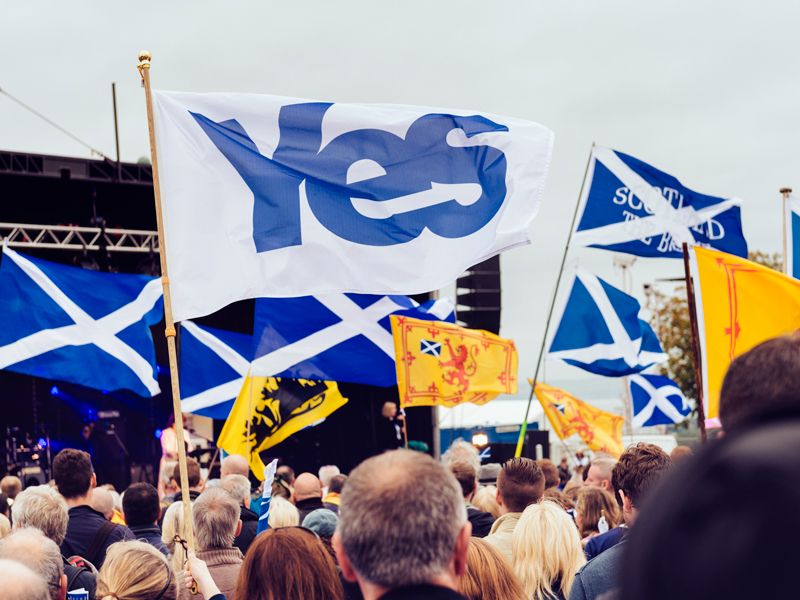 Since Hollywood loves regurgitating old tropes and repackaging them as new ones for Millennials, I have a movie franchise idea worth overhauling that would give Star Wars, Batman, and James Bond all a run for their money – Scotland, the sequel.

UK Prime Minister Theresa May triggered Article 50 last week, signalling the UK’s long-awaited exit from the EU, except the possibility of it remaining united has been thrown into disarray. And a second EU referendum has the same likelihood of happening as a Tim Burton-directed Godfather sequel with Johnny Depp stepping in to replace Marlon Brando.

Could it happen? Absolutely. Should you put it past Hollywood? I wouldn’t if I were you. Would it cause fevered riots in the streets from loyalists who wholeheartedly believe the UK got it right the first time? Count on it.

There will be no second referendum. So, alas, the British Isles is in need of a new anti-hero. One who is driven, not by the need to be popular (or fear of immigration, despite having colonised more than three-quarters of the world) but by the radical notion that independence, and the will to govern one’s own fate as a nation within the EU, is the only rational response to the contagion that would seek to break it up.

The Scot announced her intentions to seek a second independence referendum in the hopes of starting the arduous, complicated process of joining the EU. Once thought the impetuous ambitions of a polemic, Sturgeon’s call is now being greeted with open arms by other member nations, including Spain, whose foreign minister Alfonso Dastis, said he would no longer stand in the way of a free and independent Scotland, even if it stands to also legitimise Catalonia’s long-held call for independence.

Scotland spent 57 years fighting for independence, between 1296–1328 and 1332–1357, to maintain its status as a sovereign nation. And they managed to keep it until the Treaty of Union in 1707 saw it unite with the Kingdom of Great Britain. The ghost of William Wallace, which has been comfortably entombed in the gold casing of Mel Gibson’s best-directing Oscar statue since 1996, hasn’t been at peace since. With very little to lose, it appears that now is the time to finish what Braveheart started.

Skeptics of a second Scottish referendum should take note of one specific affectation cherished by Hollywood and voters alike – the world loves an underdog.

This is a familiar narrative that Scotland knows only too well. To find itself once again as… one country… against the odds… fighting for its right… (to self-govern by joining an institution of sovereign nation-states that exercise more diplomatic and economic power as a trading block, rather than a series of individual, potentially warring countries… again) is an idea that the rest of the world can get behind at a time when we so desperately need to be inspired by courage instead of fear.

If the first Scottish referendum was democratic, then having a second one to re-evaluate its relationship with the UK and the EU is even more so. At what point does democracy remain stagnant? It is a philosophy defined by its ability to adapt to a changing ideological ecosystem by voting in representation that reflects the will of the people. Elections are held every several years because of this very principle, and the ecology of Britain today is unrecognisable from the one that governed the 2014 outcome.

For Scots to remain true to their interests they must too be willing to adapt, rather than being bound to a country intent on divorcing itself from the best interests of its people and their future, otherwise Scotland risks going down with the Titanic. And we all know how that one ends…

There is no sequel.