Old romantics who believe in love at first sight and that The Bachelorette was REAL, refuse to believe that Meghan doesn’t really love Prince Harry. I am a believer and will be waving a little Union Jack and eating cucumber sandwiches to celebrate the royal wedding. 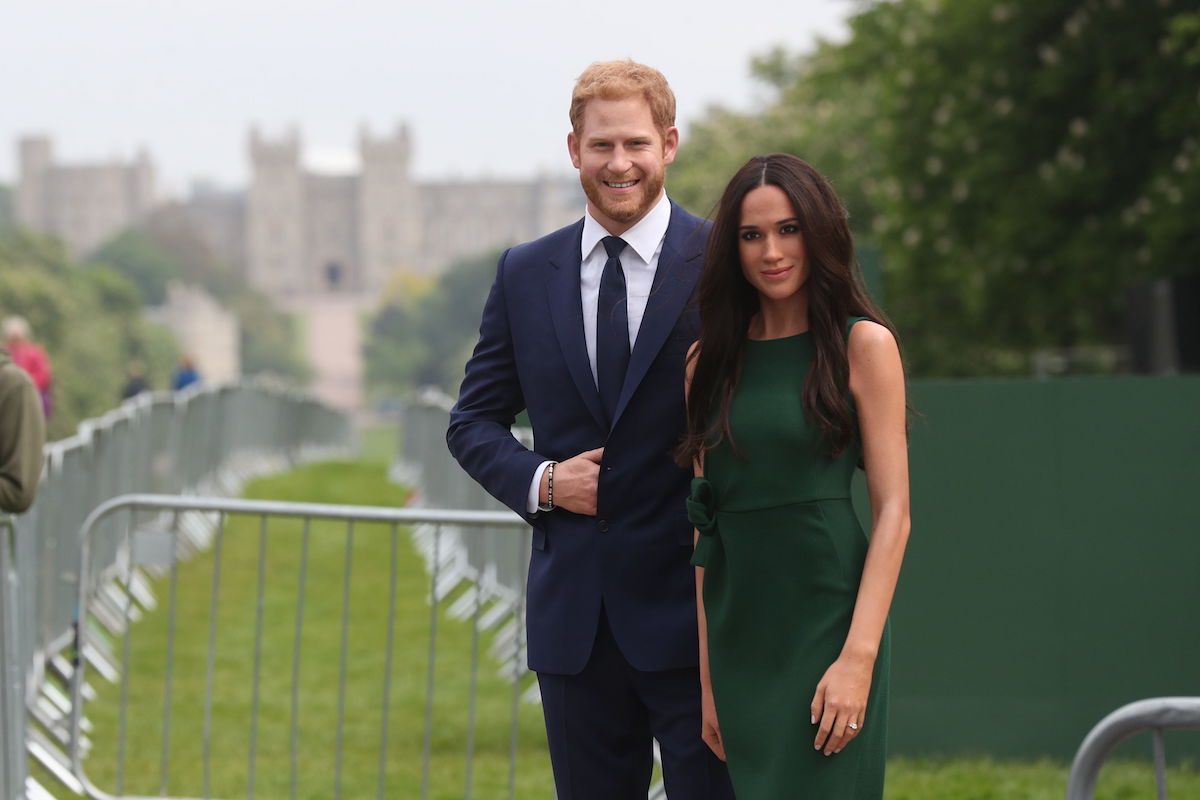 When Harry met Meghan his world stopped spinning. Finally, after years of searching for his Princess, the sixth-in-line to the British throne met his perfect match.

Or at least the right match for him, possibly not the match for palace courtiers who prefer to follow a regimented formula when selecting entrants to the royal family.

Black American actor, divorcee, a few years older, cool and confident, probably wasn’t what they had in mind.

When Meghan met Harry, her world started to spin. After years of carving out an independent life, a successful career and reaching a rather happy place in life, a random blind date dramatically altered her course.

Her script was thrown off kilter when she discovered the ending would be with a ginger-haired Prince whose castle lay across the Atlantic.

And so the knives came out. Sharpened and honed to split the finest of hairs. The doomsayers lined up to gloat there was nothing perfect about this match, taking pot shots about her race, her career, her former marriage, her clothes, her ambition, her narcissism, her penchant for social climbing.

Up for grabs, Meghan was tossed mercilessly into a hellhole of intrusion and criticism. But this was no stranger to the camera, no naive virgin being paraded down the aisle to satisfy royal agendas.

Meghan was a grown-up. Media savvy, accomplished and aware, she’d been around the block and then some, and with her gallant Prince by her side, leaping to defend her, Meghan rose above it all.

But still it goes on. The problem being that while everyone loves a wedding, they enjoy a break-up even more. For those who believe, and there are many, Meghan is acting her way through this romance, she’s certainly giving the performance of her life. But let’s put a little logic before speculation.

Instead of thinking what she’s gaining, money (she already had it), status (had that too) and a tiara (who wears them?), spare a thought for what she’s sacrificed. Her career, her country, her privacy, her life, have all been abandoned to marry Harry.

It’s a big cost when your life wasn’t too shabby before, and the US certainly won’t be a bolthole to run home to when she has children. They belong to the monarchy.

She’s also been hilariously described as a ‘random’ princess. Well der! Anyone compared with her in-laws, conveniently born into title, is random.

Others snipe that her ambition was to become a princess. Der again! Every little girl dreams of becoming a princess, Meghan just happened to land her Prince, while we’re still kissing frogs.

Every little girl dreams of becoming a princess, Meghan just happened to land her Prince, while we’re still kissing frogs.

And then there’s her wacko family. While her anxious dad just wants a quiet life in Mexico, the estranged half-sister, creepy stepbrother and nebulous nephews, none of whom she’s seen for years, are all cashing in for their 15 minutes of fame and a few bucks.

Tacky? Of course it is! But doesn’t everyone have a few wackos somewhere in their tribe who are only brought out at weddings, funerals and Christmas? The bogan side of any family is particularly adept at scoring points in humiliation. It’s all deliciously normal.

And let’s not forget the family she’s marrying into!

When it comes to wacky, no-one does it like the royals. Meghan’s chosen to join one of the wackiest tribes on the planet.

Her father-in-law proposed to a teenager, 12 years his junior and the younger sister of a former girlfriend; and, after just a dozen dates, chose to marry the fresh-faced 20-year-old despite being in love with an older woman.

Naturally, the teenager, lacking the maturity and nous to deal with manipulative, odious courtiers, went around the bend, keeping the tabloids and us entertained for years, until her tragic and dramatic death.

Meghan’s uncle-in-law married a redhead who was pictured topless having her toes sucked, but not by her husband; while rumours of her inherited grandfather’s affairs have been bouncing off the palace walls for decades. All this drama, spectacularly played out in the tabloids.

Let’s give Rachel Meghan Markle a break and assume she loves her Prince. If she doesn’t, then give the girl an Oscar. She’s earned it.