TIME’S not on our side

For those who love the strange and wonderful things in life, Time magazine’s Person of the Year has never been relevant, writes Jack Marx. 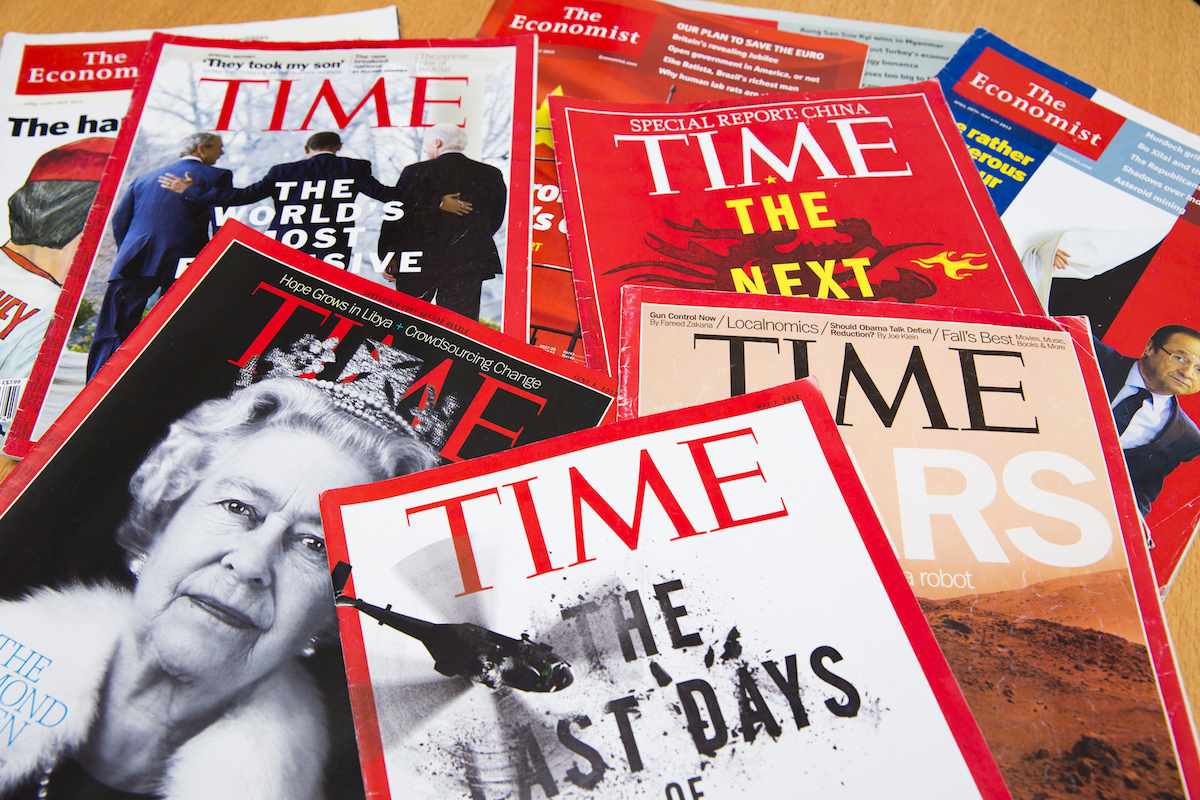 It’s pompous for a magazine or newspaper to presume to judge things on behalf of the world, but they do it anyway. One can’t browse in a newsagent or open a browser without being assaulted by lists of things you “must do”, things “we loved”, or the “best and worst” of this or that. We live in a time, it seems, narrated by Judge Judy and Doctor Phil. It's enough to make you miss Rolf Harris, who at least kept his prejudices to himself and his victims.

But people need to get over the fact that a magazine has voted the world’s most celebrated buffoon into the throne as Person of the Year. 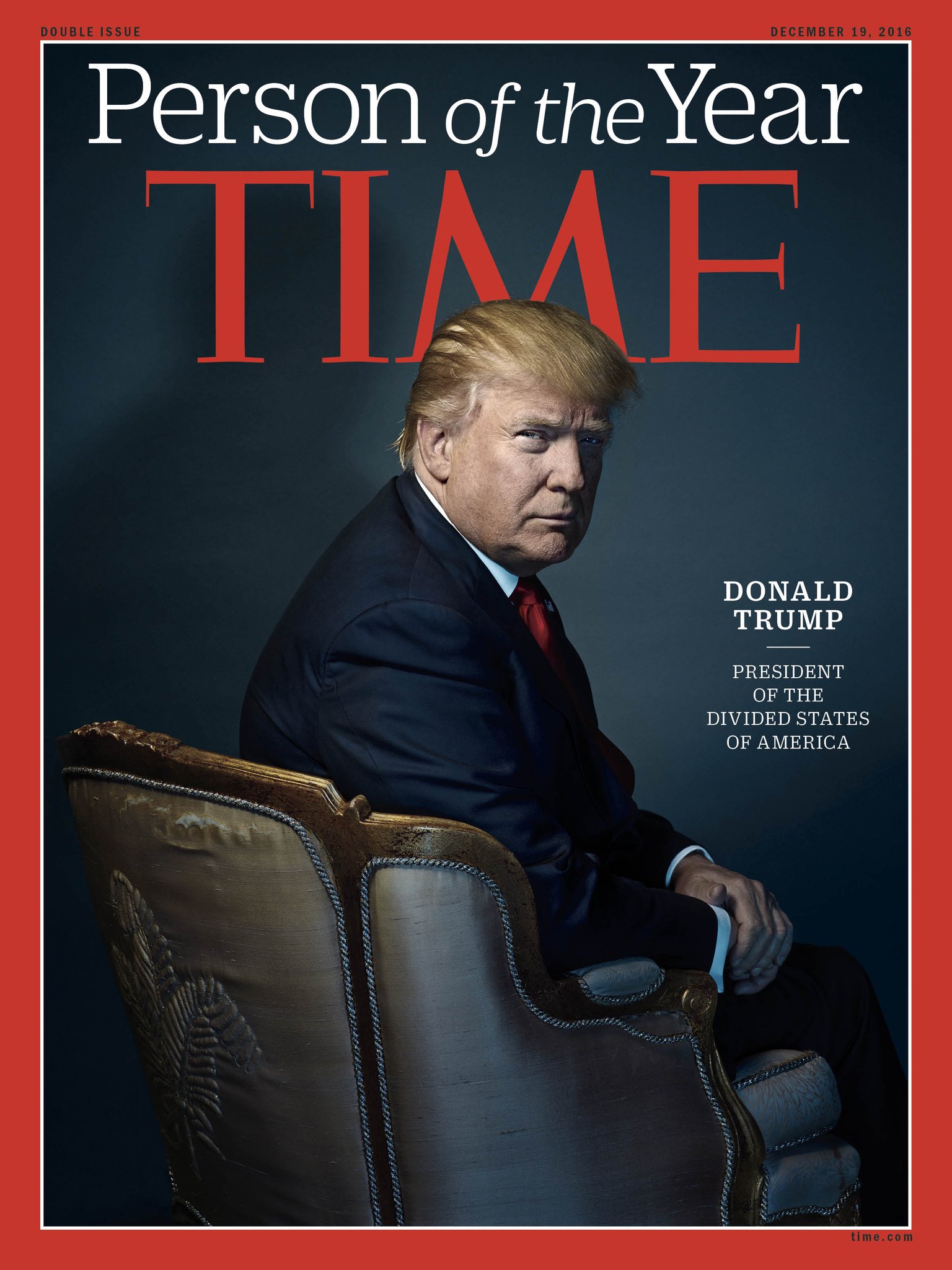 It’s not any sort of big deal — nowhere near as big a deal as it is that the guy is about to become President of the USA — and, for anyone who’s been watching Time magazine’s Person of the Year over the past few decades, the appearance of Donald Trump in the chair was not the slightest bit unexpected.

The decision has given birth to outrage, which is silly, and many parodies, which are mostly funny, while the good folk at Forward mount an arresting argument for why the Donald Trump cover is, in fact, a “subversive work of political art”. But none of this is likely to calm those who believe that, by making Donald Trump its Person of the Year, Time has merely placed an ill-deserved cherry on top of the bully’s ice cream.

What folk don’t seem to understand is that Time, while having a reasonable reputation in the publishing sphere, is just a magazine — not a taxpayer-funded research institute, or a sub-branch of the United Nations, but a bound stack of pages sold at around the same price as a large-size chips from your local chicken shop. The editorial decisions at Time are not the result of data being fed into the world’s largest military computers, but of men and women discussing the issues in voices very similar to yours and mine. They know how to put together magazines, but their powers of insight are not much different to those of a gang of taxi drivers gasbagging during a fag break at the depot. 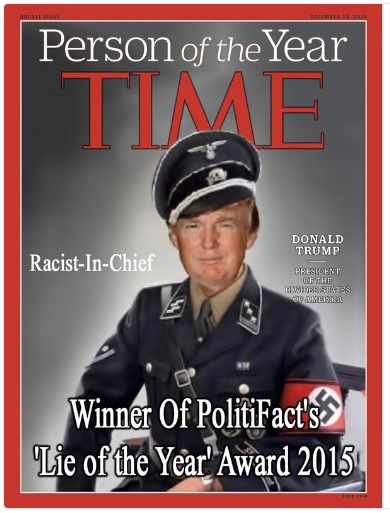 Testament to the human frailty embedded in this procedure can be found in some of the past decisions when it comes to Time’s Person of the Year. As has been pointed out quite a bit over the last few days, Adolf Hitler, Stalin, the Ayatullah Khomeini and various other ratbags have taken the gong in years gone by, decisions that were entirely in keeping with Time’s criterion that the winner be “the person or persons who most affected the news and our lives, for good or ill, and embodied what was important about the year.” But where are the terrorists, the rockers, the artists and the renegades? Where’s Osama Bin Laden, John Lennon, Charles Manson, Elvis Presley, Abu Bakr al-Baghdadi and Marilyn Monroe, individuals who unquestionably shook up their generations?

I’ll tell you where they are — they’re not on the radar of the bores who work at Time, obsessed as they are with politicians, pontiffs and people who’ve wrestled to the top of their chosen bureaucracies. The true maverick doesn’t get a look in at Time, a magazine preoccupied with the eye-wateringly dreary handshakes of life in the service of civic duty.

At the very same moment Rolling Stone was declaring Kurt Cobain the most notable person of 1994, Time was cheerleading for The Pope. When Esquire declared Scarlett Johansson the most interesting thing about 2013, Time was getting hard for … The Pope. Every single President of the United States has supped from Time’s tedious annual chalice, but not since Charles Lindberg took the flag in 1927 has Time honoured a single lone wolf achiever, someone who’s made a difference without the backing of the corporate, political or religious establishment. 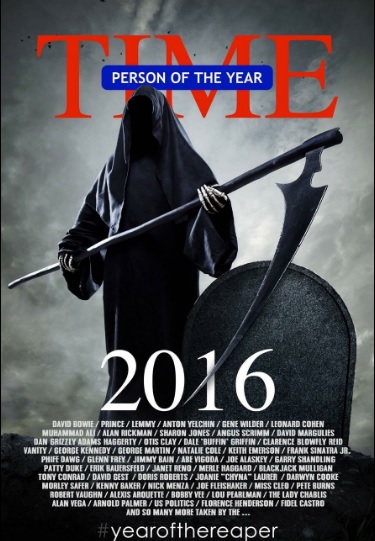 Martin Luther King, who took the prize in 1963, is something of wild card among the wilderness of white men in suits and ties, but it’s doubtful he would have earned his place had he not been a Baptist minister with a PhD from Boston University (neither Malcolm X nor Muhammad Ali were ever considered). As for women, there’s been the paltry number of five celebrated in the 90 years of the award: one queen, two elected heads of state and two who were exalted for no other reason than they’d chosen to pork men of power.

Once or twice over the years Time has tried to jack up its subscription base by spreading the love over vast tracts of humanity, Person of the Year being “American women” in ’75 and, even more cravenly, “The Middle Americans” in 1969. And who can forget that saccharine moment when Time tried pathetically to lather the loins of its readership by declaring the Person of the Year was, in fact, “You” — a ham-fisted reach-around no more dignified or classy than when the mullet-headed sports commentator declares: “the real winner today was football”. 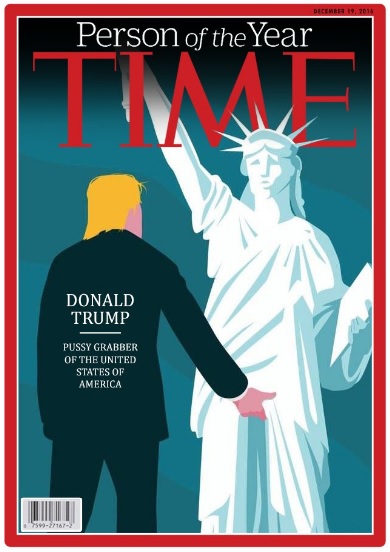 Its childish concern with ranking humanity from best to worst is for squares.