Is it time for Trump to move on from Twitter? asks Fi Bendall 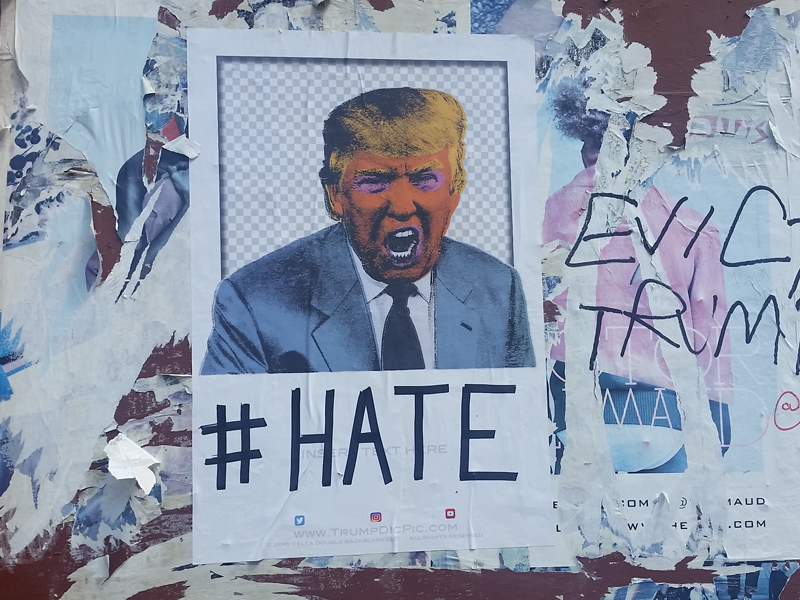 Is it time for Donald Trump to move on from Twitter? Has it served its purpose for him? Should you consider leaving social networks that no longer serve a purpose for you or your business in order to focus on those that do?

The US President has a relatively long history on Twitter. He was on the microblogging site in 2009, just as it was starting to make its way into mainstream consciousness. His output back then was a solid indication of the persona he would go on to develop on the platform.

Check out the Trump Twitter Archive (the marvellous times we live in!) and you’ll see that by his fifth tweet the 45th President was already talking about building walls!

"My persona will never be that of a wallflower – I’d rather build walls than cling to them" –Donald J. Trump

He was as belligerent, vulgar and grammatically challenged back then as he is now. He was also fond of arguments, spats and outright Twitter wars, as he continues to be.

But as his presidential election campaign started to gain momentum, going from outsider freak show to dark horse contender to ‘How the hell did this happen!?’, Trump found in Twitter the perfect stage from which to market his message.

Like other social media platforms, Twitter is very much the experience you make it. You can create a bubble that reinforces your view of the world by following the people who think the same way as you do. Or you can follow a diverse bunch of people and be exposed to all manner of views, some of which you might well find objectionable.

A significant number of people on Twitter found @realDonaldTrump objectionable, especially as he ramped up his campaign for the White House. And those people still find him objectionable. There was some talk Trump would soften his approach to Twitter, and the presidency, when he took office, but that doesn’t seem to have happened.

He’s still going hard at the message and antagonising people in the Twitterverse because he knows Twitter is a medium that puts his persona and message across to voters in the ‘real’ world, or in the states where he gained his biggest support, into sharp relief.

By playing the pantomime villain on Twitter, Trump comes across as a hero to people who see Twitter as nothing more than an “electronic left-wing mob”, as British journalist Peter Hitchens once put it.

Whereas President Obama, also a skilled practitioner in social media strategy, was able to go to platforms like Twitter and Facebook for almost Greek-chorus-style affirmation and approval, Trump can go to Twitter, get shouted down by ‘social justice warriors’, and take that as proof to his followers that he’s on the right path.

It has been a masterclass in antagonist marketing.

But as any marketer knows, strategies get stale and need refreshing. Playing the Twitter villain has worked very well for Trump, but as he moves into the next phase of his presidency he might have to consider not so much changing his message, but the fact that Twitter might not always be what it has been.

Twitter has been trying to find a way to effectively monetise what it does for years and founder Jack Dorsey was brought back on board as CEO last year to try to right the ship. Despite middling signs of an earnings upturn, most market analysts are still cautious at best about Twitter’s future.

Not even having arguably the greatest villain in the history of Twitter has been able to revive the platform’s financial outlook – if only Dorsey could work out a way to sell tickets to Trump’s Twitter fights?

A canny marketer like Trump will keep an eye on Twitter and how long it continues to serve its purpose for his message. He might not change his basic message, but he might yet find a new medium to sell it in.