Why would anybody want to be a referee?

The much talked about Mayweather–McGregor fight is mere days away, and we can’t help but wonder what makes a referee want to get in the ring with those two, writes Shane Cubis. 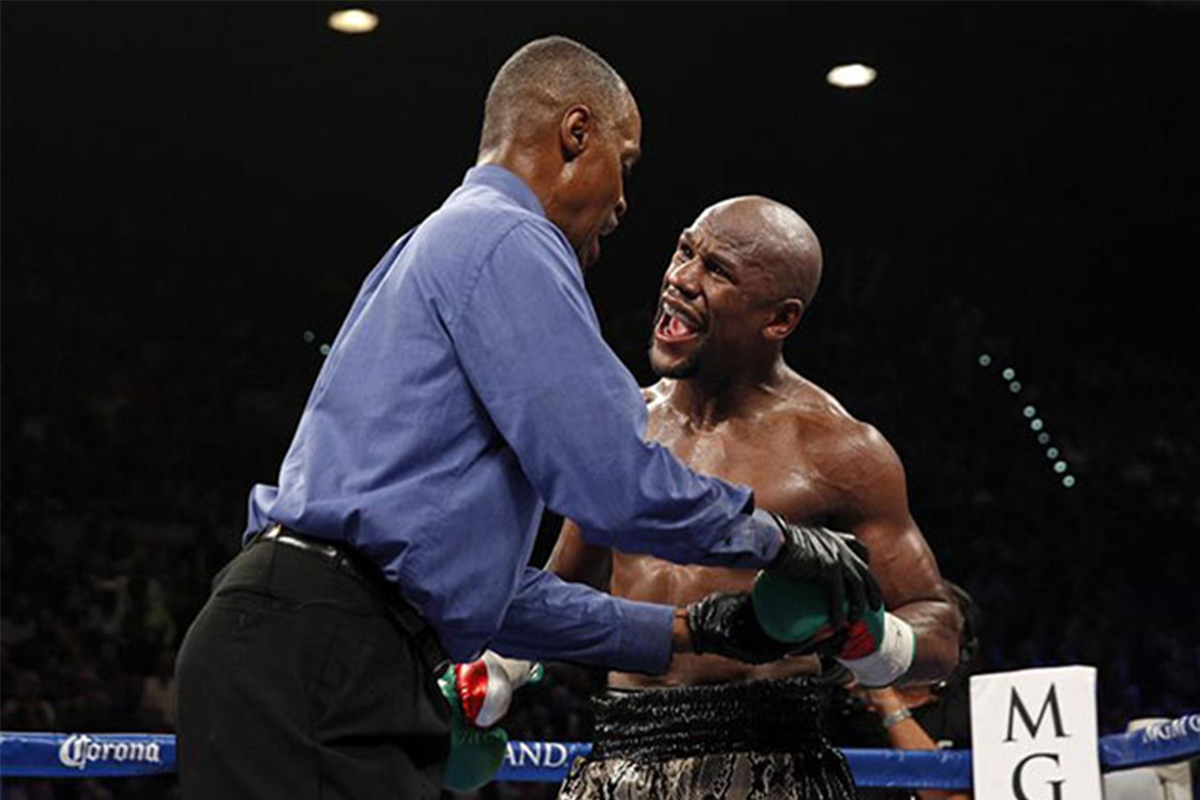 When you’re organising the biggest fight of the year, it’s important to have two people who know how to thump each other properly. But it’s equally important to have someone between those blow-throwers who can keep control of the bout and put them back in their corners. Enter Robert Byrd.

The 74-year-old ex-cop has plenty of experience on the mat, having ringmastered 682 fights – including Mayweather’s 2013 drubbing of Robert Guerrero. And he’s got the inside track on dealing with MMA stars, since his wife Adalaide was a judge at UFC 196 and 202, both featuring McGregor. Finally, he looks dapper as in a bow tie.

Seriously? This is Kenny Bayless who works for the NSAC a potential ref for the fight. Sounds like he works for the crybaby Oscar De La Arum pic.twitter.com/7yLvORqMOQ

In short, he’s the perfect candidate to run this particular event. Especially since Kenny Bayless isn’t around to protect Mayweather from an opponent who wants to fight on the inside, after upsetting Dana White by declaring the bout pointless. But why would you want to be a ref?

There’s no glory in being the rules guy. Check out the Wikipedia page for the aforementioned 2013 fight – Byrd’s name doesn’t even appear. It’s one of those vitally important roles, whether you’re insisting there’s no free money for landing on Free Parking, separating amped-up pugilists or forcing multinational conglomerates to comply with local environmental regulations. You have to be the responsible adult in a room full of wayward children who are getting paid way, way more than you… and nobody’s putting half your face on a poster like you’re a glorious battle god.

Instead, they’re more likely to blame you for being biased and making bad decisions in the heat of the moment. And if you’re a rugby league ref, they don’t even trust your instincts most of the time – preferring instead to ask a fried-chicken-themed big screen for its robotic opinion on TRY or NO TRY. At least in boxing you can have some measure of authority, instead of deferring to this bloke (yeah, that’s how I picture the Video Ref. What of it?).

So why would you want to be the regulator instead of the rampager? Hammurabi instead of Ragnar? Marcia Clark instead of Johnnie Cochran?

Maybe for some people it’s a desire to be close to the action, even though they didn’t have the natural ability or focus to become the flame instead of the moth. A way to wield power over the powerful.

For others, it’s about contributing to the community – volunteering one’s talents in service to something bigger, for the benefit of the majority. And surely others must see themselves as the Night’s Watch on the Wall; the last line of defence against anarchy and/or zombies.

But for Robert Byrd, I reckon it’s about the bow ties. He seriously looks that good.