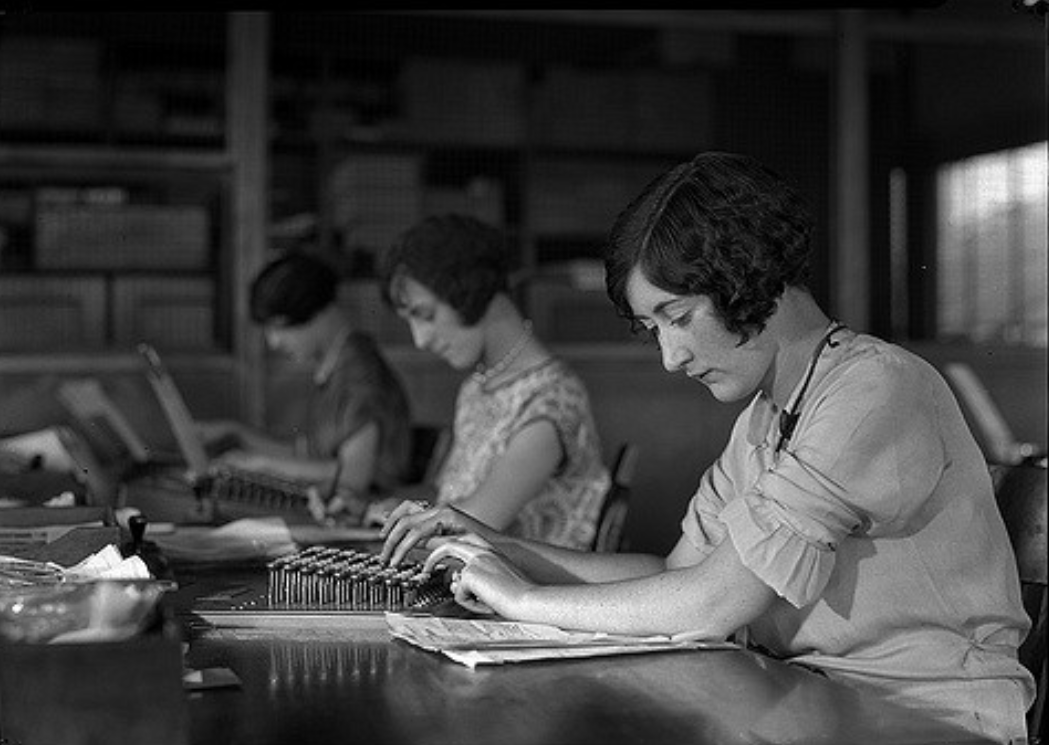 Here’s a controversial idea: women and men in Western economies may, on average, have slightly different interests and preferences within the world of work.

The claim is controversial because if it’s right, it suggests one reason we have not achieved precise equality between men and women – one reason, that is, other than raw gender discrimination.

This is also the sort of claim that people frequently misunderstand. So I’m going to be as careful as I can be about what it is and isn’t, and about what it does and doesn’t mean.

The next 15 or so paragraphs are neither an argument that men and women have different abilities, nor an argument that gender discrimination has disappeared. If you think you already know where I’m coming from, try to suspend judgement for a minute or two.

This claim starts with a small set of observations. Many of the people who participated in the early days of computing in the 60s and 70s recall a lot of women being around. A few are famous – in the US, Grace Hopper, plus those NASA staff celebrated in the movie Hidden Figures.

But there were a lot more. For that matter, I remember plenty of girls at the programming summer classes I took as a kid. Yet in the past two decades, women are much less prominent in computing – no more than 20 per cent of the total in most developed nations.

So where did all the female programmers go?

Back in 2002, a South African computer scientist named Vashti Galpin set out to collect the data on women’s involvement in tertiary computing courses around the world. Her resulting paper showed some odd data.

Women studied computing more in many underdeveloped nations that seemed less career-friendly to women – Zimbabwe, Nigeria, Iran, Libya, Thailand, Guyana and so on. They studied computing less in nations that had done a lot of work to promote gender equality, such as Norway, Denmark, the Netherlands and New Zealand.

More recent research has found the same trend. Noted one 2015 paper: “Only in Bulgaria, Indonesia, and Montenegro [does] the number of female students planning their career choices in computer science and engineering [exceed] the number of male students”.

So here’s our next mystery: why do some measurements of differences between men and women actually increase in the very countries that seem to be trying hardest to eliminate gender discrimination?
First, put aside the debate about whether men and women have different abilities.

If there are differences, they’re pretty small – very likely too small to explain why there are more women lawyers and more blokes driving garbage trucks, writing C++ code, or whatever. Even if there were differences in abilities, they still wouldn’t explain the differences between countries at different stages of development.

One possibility is that developed Western countries such as Norway, Denmark and the Netherlands are just tougher on women who want to make it in fields like computing, compared with places like Zimbabwe and Indonesia.

But that just doesn’t fit with everything else that we know about those countries. Norway, Denmark and the Netherlands rank first, second and third on the UN’s Gender Inequality Index. Zimbabwe ranks 126, and Indonesia ranks 105.

Which leads us to a second possibility: that what we see in these analyses is that women have different interests from men – and that in countries working harder to give women equality, women have more freedom to pursue the careers that really interest them. In Zimbabwe, women face a tough challenge as legal advocates; male attitudes in a field like computing may have been much less confronting there, and computing may have been easier to get into.

By giving women a greater range of career choices, developed countries may let women reveal their true interests and preferences – which may mostly not be computing. The same story might explain why fewer women in developed nations choose computing now than did so half a century ago. There is some evidence that in the mid 60s, when women still couldn’t enter law and medicine in huge numbers, computer programming was thought of as “women’s work”.

But of course, all this is psychology and neuroscience, and the data is imperfect, and none of the results are final. And at least as I read it, none of the literature on men and women’s differing interests rules out the possibility that discrimination in its many forms (social norms, parental expectations, education, employer discrimination, unpleasant male-dominated environments, and so on) is also pushing women out of IT, engineering and building – even in the cultures that are trying hardest to support women in these fields. It is possible for two things to be happening at once.

Finally, a caution: psychology, more than most fields, suffers from problems with data, small sample sizes, and statistical analysis. A surprising number of key papers don’t actually hold up when scientists take the time to try to reproduce the results.

And as the University of Melbourne psychologist Cordelia Fine reminds us, the world is already too full of dumb claims about differences between male and female thinking. So all of this could be wrong.

But to the extent that women and men end up in different work, it may well be at least partly a result of differing interests – and the freedom to express them.