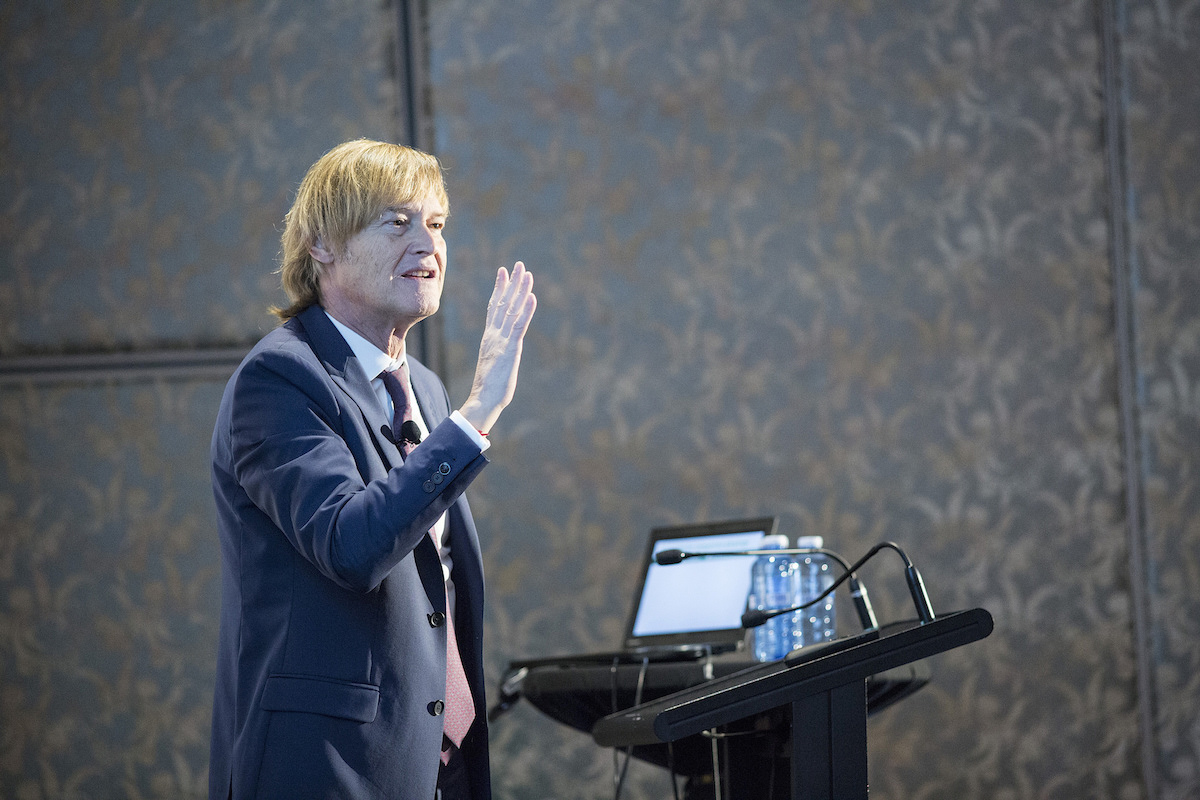 French economist Yves Morieux is all about keeping things simple while forcing cooperation between colleagues. He was a speaker at the BCCM conference I attended recently, and a lot of what he is pushing comes down to reducing complexity and increasing reciprocity. In person, Morieux is excitable and fast-talking, jumping from topic to topic as he builds his case, asking the audience to finish his sentences, sweeping his fringe back and telling jokes that are extra-funny because they come from nowhere.

And so, the TV. Morieux bought a second television because his wife likes to watch dramas while he settles in for an evening of soccer. Which is fine when you’re at home and looking to maintain matrimonial harmony. But too many organisations follow this logic into the workplace, giving everyone their own equipment, system, management structure, whatever – when they could save a lot of resources by forcing people to cooperate.

Obviously, there’s more to it than that. Increasing reciprocity means building an environment where people are rewarded for picking up their colleagues’ slack, and punished for selfish or siloed behaviour – one of Morieux’s examples is a city’s railway system attempting to get their trains arriving on time. You can punish a given station for being responsible for a delay – in which case they’re more likely to attempt to shift blame or hide said responsibility, or you can punish everyone else for not helping their colleagues to get things back … on track. Which system is more likely to result in on-time trains?

(The thinking here, if you’re objecting to group punishment, is that nobody wakes up in the morning and thinks, “I’m going to cause a delay today.” Things beyond our control go wrong all the time, and the optimal response from our co-workers should be to pitch in and help.)

It’s very difficult to measure the power of cooperation, especially because it involves sacrificing some of your energy to boost up someone else. In a traditional system, that means the person you help gets rewarded instead of you. But if you’re working in an organisation that actively prizes reciprocity, it not only increases productivity, it also increases satisfaction levels.

Morieux isn’t claiming to have invented something brand-new. It’s a combination of theories and practices from the past, repackaged for a time when lots of our organisations ditched the middle managers as deadwood and wonder why productivity hasn’t gone up despite the constant technological innovations of the past decade or so.

Turns out a lot of it boils down to “We should help each other.” Who knew?