Taryn Williams is the smart, vivacious and magnetically personable CEO & Founder of theright.fit and WINK Models. 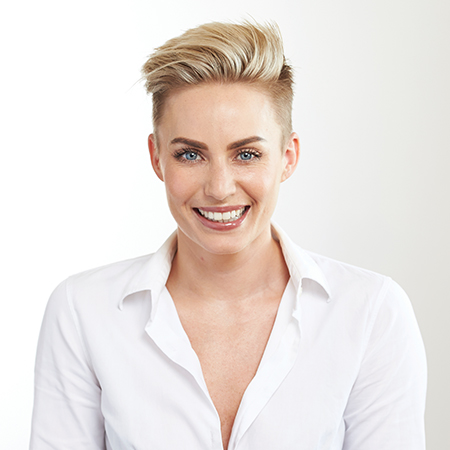 With over 15 years’ experience in the world of modelling, advertising and media, Taryn has proven herself to be a game changer and one not shy to press the disrupt button.

Taryn is one of Australia’s most prolific entrepreneurs in the tech start-up and media industry. She launched theright.fit in 2016, an online influencer and creative talent platform making it easy, efficient and cost effective for brands to book campaigns using the best and brightest talent. theright.fit has over 6,500 talent on the platform and guarantees payment for all of them within 48 hours.

Taryn’s involvement in the industry goes back to when she was fifteen and scouted as a model. She started her first business, WINK Models, at the age of 21 with $30,000 in savings, a response to the inefficiencies in working conditions for models and the lack of flexibility and quality service offered to clients.

Ten years later the agency has flourished into a national business, named in Anthill’s Top 100 Cool companies, and represents over 650 talent with turnover in the millions. Taryn has handed over the day-to-day management of WINK so she can dedicate her focus and energy to the growth of theright.fit and her personal brand collaborations.

Taryn is a regular commentator on the tech industry, entrepreneurialism and business and sits on the Boards of Tech Sydney and the Digital + Technology Collective (formerly AIMIA). She has achieved numerous award recognitions including being named B&T 2017 Women in Media Tech Winner, Finalist in the B&T Hot 30 under 30, B&T Women in Media, SmartCompany 30 under 30, Institute of Managers & Leaders and Women’s Agenda Emerging Entrepreneur of the Year.