The generation game: Dealing with diversity

With today’s workplace accommodating ages from 20 to 70, how best to handle the dynamics of such a diverse set of staff needs and attitudes? 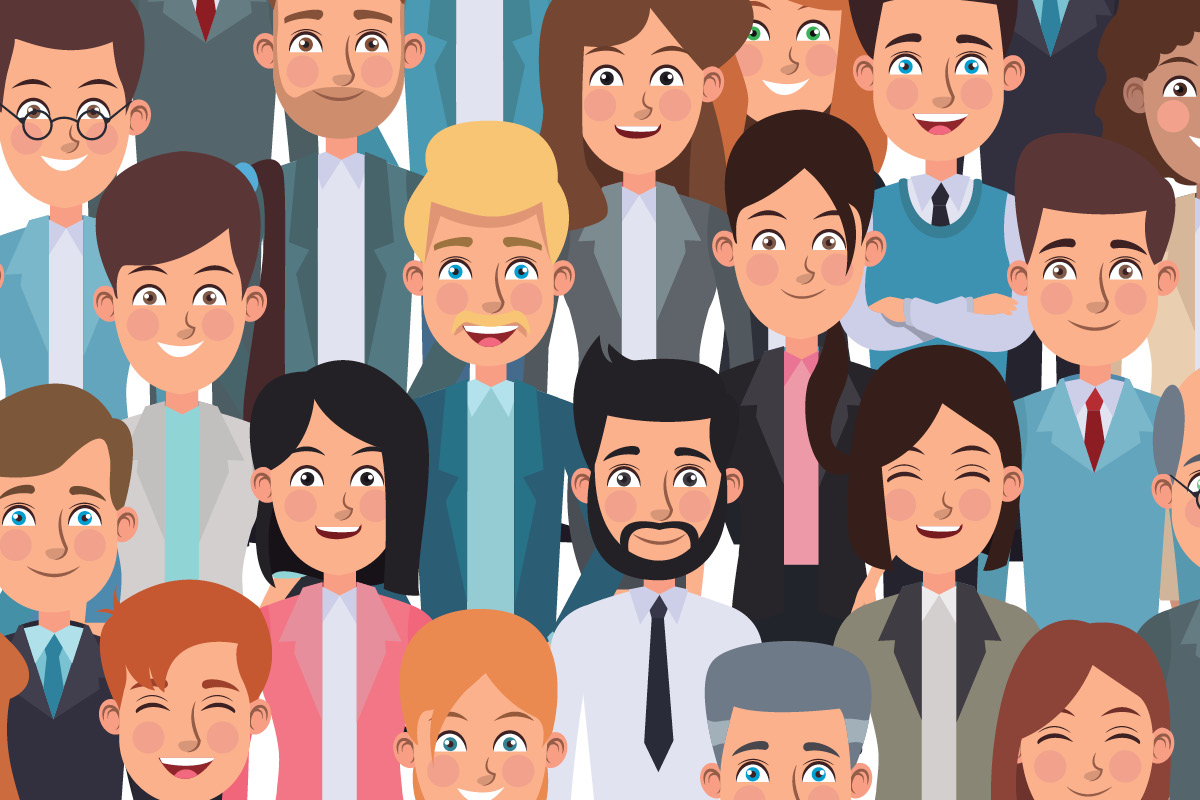 For the first time, we have five generations working side by side: the outgoing traditionalists through to the incoming generation Z. As the boss, the fresh challenge is how to manage the dynamics of the most diverse workforce industry has ever seen.

As alarming and implausible as it may seem, people who were born while most of us were partying like it was 1999 (because it was, in fact, 1999) are now rolling out of universities and into workplaces. This is the kind of knowledge that makes even millennials feel like Mick Jagger.

These generation Z workers will be joining colleagues from generation Y, generation X and the people who started this whole generation game, the Baby Boomers, as well as the declining number of ‘traditionalists’ (born pre-1946) in the same offices.

As you may have noticed, this presents a whole world of challenges for a management team suddenly tasked with balancing the needs, and attitudes, of people aged from 20 to 70.

A global study recently conducted by the University of Sydney’s Business School found that companies that manage intergenerational workplaces well are more innovative, and more successful, than those that don’t.

So what’s new about that, you might wonder. After all, people of different ages have always joined the workforce, even back when young people were just young people, and not card-carrying members of a generation with a consonant attached.

“We’ve always had different generations at work, but they were ranked based on age and experience,” says Mark McCrindle, head of the McCrindle social research firm. “You had the older people running the show, you had the middle people in middle management, and the young people on the frontline.

“But now you’ve got graduates who are managing older people. You’ve got retrained older people coming into junior positions. You’ve got a mix of generations on the same team doing the exact same jobs. That presents legitimate management challenges.”

The way the C-suite meets these challenges can have a significant impact on a company’s fortunes. A global study recently conducted by the University of Sydney’s Business School found that companies that manage intergenerational workplaces well are more innovative, and more successful, than those that don’t.

Yes, it literally pays to have a workforce that gets along, and understanding what defines and drives each of those generations is the key. 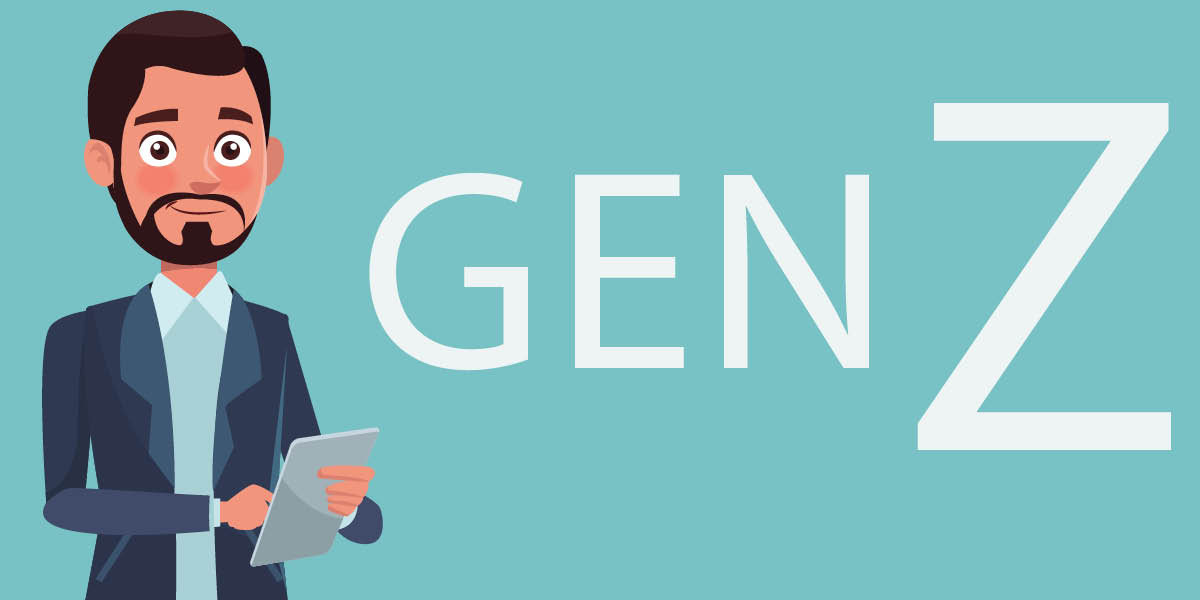 These bright-eyed, screen-worshipping graduates, only now joining the employment market, will form just the first wave of an enduring assault on the workforce, quickly becoming a not-so-silent majority. And like any majority, they will be seeking to change a company’s culture rather than conform to the existing one.

“The starting point is simply to understand the data,” McCrindle says. “And the employment data is showing that currently Baby Boomers and generation X workers comprise the majority of the workforce. However, within a decade, by 2025, generations Y and Z will together comprise two-thirds of the workforce. So they’re quickly entering the arena and will soon become not just the majority but the vast majority.”

Research suggests this new wave of workers will be looking to be more than just a cog in the machine, no matter how successful that machine is. They want to engage and be engaged, and to feel like they are personally making a difference.

They don’t just want to be an employee and be told what to do; they want to feel engaged and like they’re having an impact.

“If you can bring in a leadership style that is more participative and collaborative than perhaps the autocratic style that used to dominate, that’s going to really engage with the younger worker,” McCrindle says.

“Moving away from the command-and-control model to one that’s flatter in structure, one that involves the younger generation in giving a bit of a shape to things, that’s going to work. That speaks their language. They’re hitting their early 20s as they launch into a career, and they’re ready to roll their sleeves up and get involved. They feel pretty empowered, and they want to have a bit of a say and to influence something.”

And that’s not all, says McCrindle. They also want to make a difference. They don’t just want to be an employee and be told what to do; they want to feel engaged and like they’re having an impact. “We have to tap into that. What a great resource to have – you’ve got a motivated and activated generation that wants a seat at the table. That should be every employer’s dream.”

The downside, of course, is that if you don’t engage them, they’ll leave. The idea of a ‘job for life’ is about as outdated as typewriters, with the average high-school leaver today expected to have 17 different employers over a lifetime. 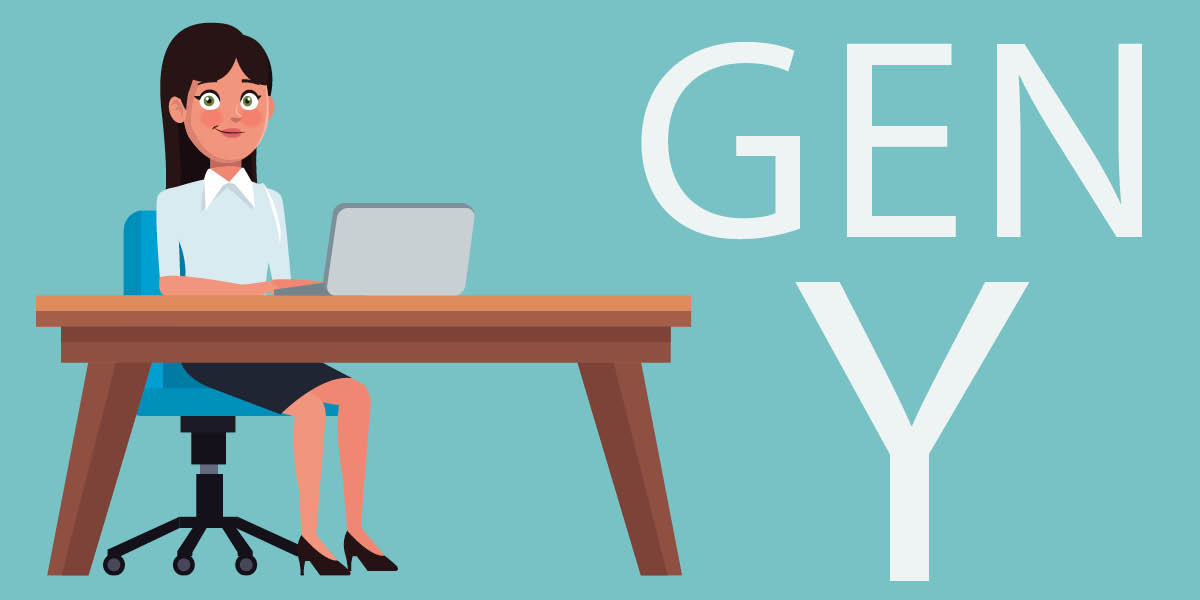 If there’s a generation more roundly vilified than those who identify as millennials, it seems likely it hasn’t been born yet. They’re too lazy to work, too demanding when they do land a job, and are more obsessed with smashing avocados at music festivals than building anything that even resembles a meaningful career.

Or so we’re told by pundits and commentators on a near-daily basis. Interesting, then, that the genuine experts disagree wholeheartedly, and are quick to point out that organisations that embrace and value the varied skill sets of Australia’s young workers are largely more successful than those that don’t.

Leanne Cutcher is Professor of Management at Sydney University’s School of Business, and has just completed a major global study of intergenerational workplaces. She says we need to reframe the idea of experience, understanding that it can be more than an employee’s working history – something in which millennials are clearly at a disadvantage.

If they feel that they’re not being valued, they probably will walk away from the organisation.

“One of the words that came up a lot was ‘experience’. And what we found was the way in which that idea of ‘being experienced’ is understood is often the difference,” she says. “We’ve found that if you have a very open view of what ‘being experienced’ means as a manager of your team, you’re going to get much more innovative practices developing.

Someone recently out of university, for example, will have the most up-to-date knowledge, as well as experience in working with the latest software and technology.

“This is a generation that wants to be valued, so a good manager in the C-suite will see that as an energy they can tap into. Because the problem is, if they feel that they’re not being valued, they probably will walk away from the organisation.”

It’s easy to assume the source of any inter-office anguish is these upstart kids, with neither the time nor inclination to be told what to do by some meddling older person. But that’s not the case, with Sydney University actually pointing the blame at older workers, many of whom see younger employees as a threat, and treat them as such. 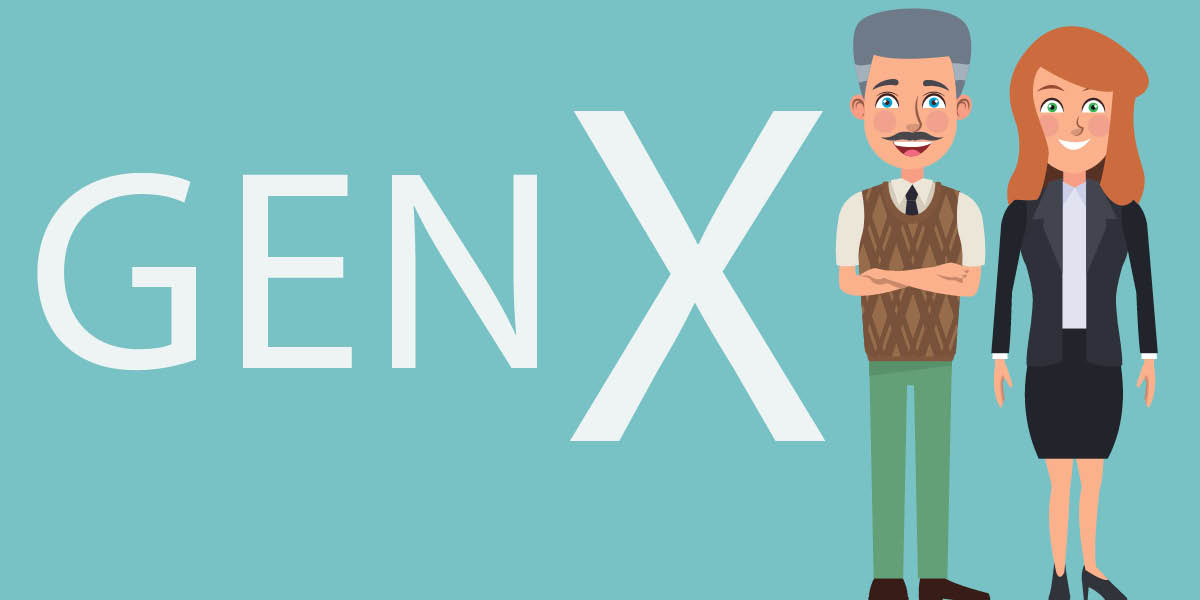 Less interested in job-hopping than their younger colleagues, generation X workers want to commit to a workplace, and they want to feel that their experience is being valued and that they can safely share their knowledge without being herded out the door the moment they do.

“We found the opposite to what we were expecting,” Cutcher says. “We thought we would find lots of younger workers saying of their older colleagues, ‘Oh, they’re old fuddy-duddies; they don’t know what they’re doing.’

“Actually, we found the opposite. And when you get people saying things like, ‘Young people don’t know what they’re doing,’ then instead of it being about a culture of sharing knowledge it becomes almost like you’re hoarding knowledge. It becomes your currency. You can’t really blame people for doing that if they don’t feel like they’re going to get recognised for sharing. If people feel like they’re just handing over to the next group coming through, and then they’ll be pushed out of the door, where’s the incentive for them to impart their knowledge?”

They want to be able to contribute; they want to share their knowledge and experience.

Workers who belong to generation X want the traditional linear career path shifted to something more flexible, so that those approaching the halfway point in their careers, and beyond, can feel their knowledge is valuable and appreciated, and that sharing it with their younger colleagues won’t be a shortcut to redundancy.

If the only way to move in an organisation is up, it doesn’t leave a lot of options for the people nearing the top of the corporate tree. “You’ve got to allow people to move across and move back, as well as go up – and without having any of those negative connotations that this often has,” Cutcher says.

“They want to be able to contribute; they want to share their knowledge and experience. But their managers are saying, ‘There aren’t any systems within the organisation that allow me to recognise an older person and the contribution that they’re making to the team, because I’m only able to recognise ambition.’

“Organisations need to think about it in a different way, because it goes to attracting a diverse workforce. And our research shows that in organisations where there’s diversity of age, as in people are doing all that sharing of knowledge, they are more innovative.” 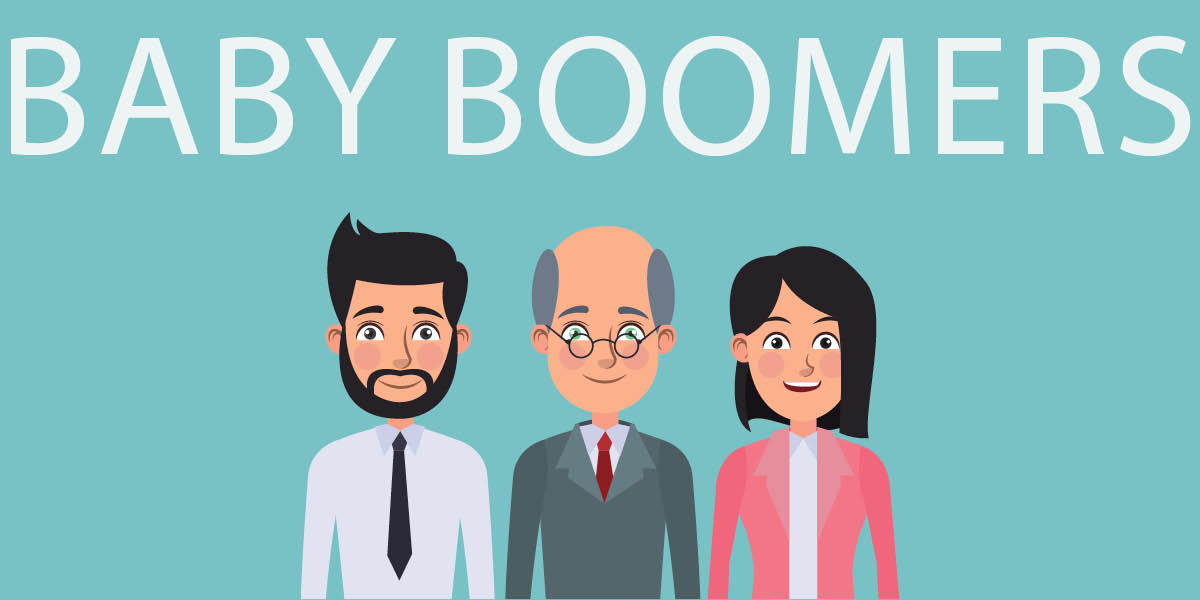 The reality here is that, for the most part, Baby Boomers have clawed their way to the top of the corporate tree by now, and they’ll be setting the workplace tone as a result.

But while that’s not always the case, it doesn’t make it any easier for any members of generations X, Y or Z who might want to shake up the workplace, only to be stymied by a Baby Boomer boss.

The answer, says McCrindle, is for everyone to understand the real and tangible benefits of age diversity. This is something that starts with Baby Boomers, who are often in a position to change a workplace’s culture.

Baby Boomers – no matter their company rank – have to be a little flexible here, and lose the ‘that’s the way it’s always been done’ approach.

“Why have diversity, any diversity? We know that we need to represent our community. We know that different cultures or genders will help us do that. They’ll bring different perspectives. They’ll give us a more holistic view, and therefore, a more lasting and relevant solution to a diverse client base and a diverse community,” he says.

“The younger generation will keep us a bit more in touch with the trends, the changes. The older generations will bring that experience, that flexibility, and some of the broader perspectives that only come when you’ve been through a few business cycles or been through a number of scenarios.”

In short, Baby Boomers – no matter their company rank – have to be a little flexible here, and lose the ‘that’s the way it’s always been done’ approach, embracing instead the possibility of trying something different.

“That’s where the intergenerational workplace can work well, where we do understand the strength this generation brings, and we do a bit more listening rather than thinking that ‘here’s how it’s going to be’,” McCrindle says.

“The older generation needs to move away from that ‘I’m the older one. I’ve got the experience. I’ll tell you how it is’ idea. It’s taking the principal point that each generation brings strengths and unique aspects, and listening to them. That attitude shift is the key.”