Whether it be building a road tunnel deep in the Himalayas or helping develop a city’s new metro network, IL&FS Transportation Networks has stayed in the lane of excellence. 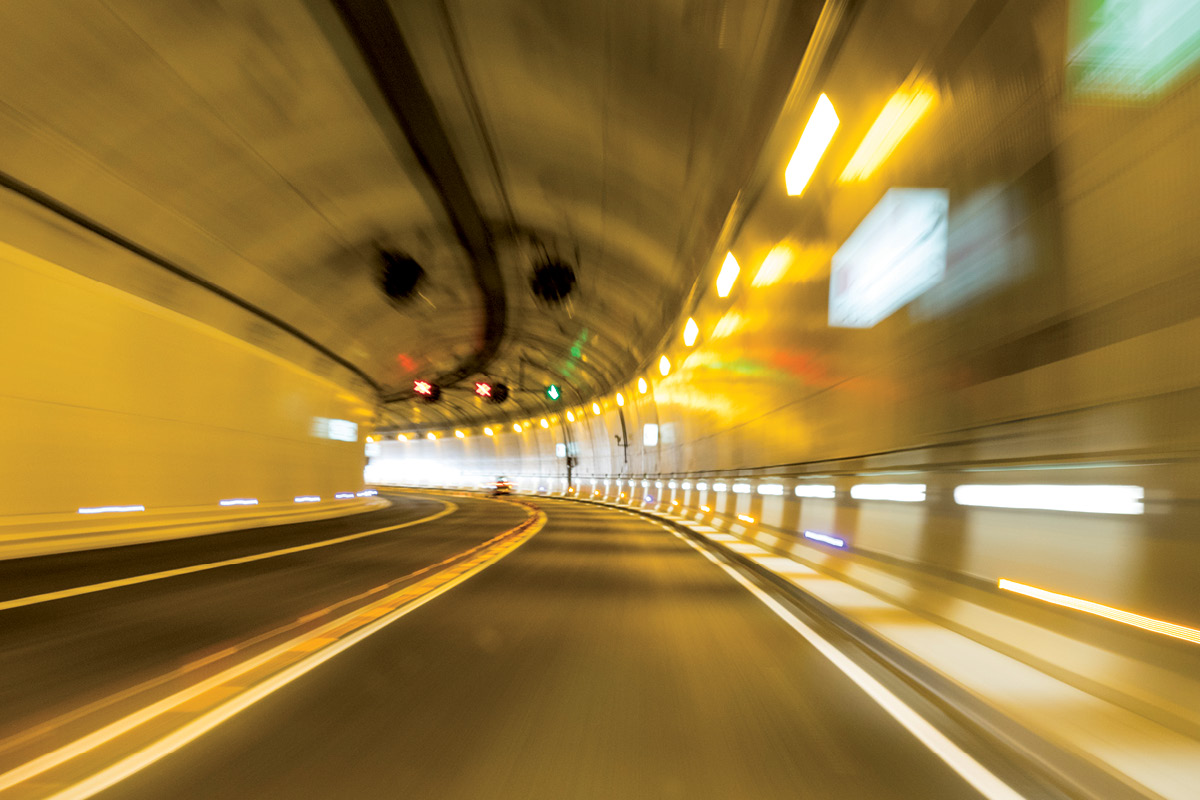 In August last year, Indian Prime Minister Narendra Modi boldly proclaimed at an event celebrating the country’s 71 years of independence that India “needs next-generation infrastructure”. So committed has he been to the cause since taking on the role
in 2014, that his government has invested around Rs3.17 trillion over the past couple of years to build national highways that can match global standards.

Mr Modi also noted the lengthy delays of infrastructure projects begun by previous governments. As an example, he cited the Kota Chambal Bridge, a hanging bridge that was finished well past its scheduled completion date. “A small bridge with a budget of just Rs300 crore started in 2004 was completed in 2017.

The project that should have taken one-and-a-half years took 11 years,” Mr Modi said. “We have tried to bring in a culture where the works that we start are completed.” In attempting to remain aligned with the Indian Government’s infrastructure agenda, IL&FS Transportation Networks (ITNL) has embraced the public–private partnership (PPP) arrangement, and is considered one of the major pioneers of the business model in the country.

“We have tried to bring in a culture where the works that we start are completed.” – Narendra Modi, Prime Minister of India

It believes such arrangements “help to leverage limited public funds, reduce life cycle costs, and develop and execute more projects on a sustainable basis”. ITNL Managing Director Karunakaran Ramchand noted back in 2015 a lack of forward thinking in India when it comes to infrastructure. “In India, importance is given only to building roads. That’s not long-term, strategic thinking. You also have to plan for maintenance, as it brings down the life cycle cost,” he said.

However, ITNL Chairman Deepak Dasgupta recently noted in the company’s 2016–17 Annual Report that the Modi Government has shied away from the PPP model
of project development and moved towards the model of engineering, procurement and construction (EPC). As a result, ITNL has had to shift accordingly. The Chenani-Nashri Tunnel is expected to save a combined Rs27 lakh per day in fuel costs for motorists.

“One of the issues in the PPP sector is the dwindling credit availability extended by financial institutions as they face sectorial exposure limits and regulatory demands,” Deepak said. “As a company, we have also aligned ourselves to garner EPC projects that are large and complex while simultaneously developing our subsidiary as an EPC contractor for small-to-medium ticket projects.”

Regardless of the type of project model it uses, ITNL’s focus remains the same – finishing developments to the highest quality. According to Maybank Kimeng Securities India Senior Analyst,Anubhav Gupta, what makes ITNL stand out from other infrastructure firms is that it doesn’t just bid for any project that comes its way, but only for projects that can produce high margins.

He also endorses the company’s strategy of working on annuity projects. “Most of its peers go only for toll-based projects, hoping to earn a higher return on equity, but that’s not always the case. Annuity ensures a fixed source of income and it makes sense to have a mix of both,” Anubhav told Business Today. 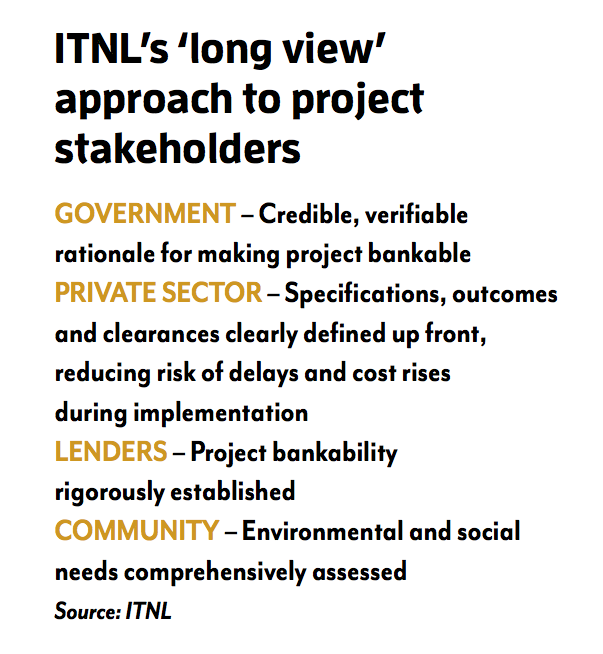 Possessing a portfolio covering more than 13,000 lane kilometres of local road network, ITNL has a presence stretching across nearly all Indian states. Headquartered in Mumbai, it has also been expanding its global presence, with just under 35,000 lane kilometres in its international road portfolio with projects in 19 other countries.

“We have a significant presence in China and Vietnam while establishing ourselves in the adjoining nations such as Laos, Thailand and Myanmar. Our existing project in China had higher revenues this year,” said ITNL Chairman Deepak.

“In the Middle East and North Africa, our joint ventures and wholly owned subsidiaries are developing projects in Dubai, Ethiopia and Botswana. We have established ourselves in the US too, by securing operations and maintenance contracts in Texas.”

Formed in 2000 as one of the wholly owned subsidiaries of Infrastructure Leasing & Financial Services, most of ITNL’s portfolio of 35 projects are road-based, such as the Chenani-Nashri Tunnel, a nine-kilometre road tunnel at the foot of the Himalayas. The tunnel provides an alternative to the NH44 section of the Jammu-Srinagar National Highway, which is shut down for around 40 days every year on average due to landslides and heavy snowfall.

Not content with focusing purely on roads, ITNL is also expanding an elevated metro link project in the fast-growing city of Gurgaon, Haryana. Known as the Rapid Metro, the network stretches over 12 kilometres with 11 stations along the route.

In addition, it is the country’s first privately financed and operated metro network. The second phase of the Rapid Metro system, a 6.3 kilometre double-track extension, was opened to the public in March last year.

At the end of the day, Karunakaran knows all this work is essentially meaningless unless he remains aware of the public good the projects provide. “We are establishing hundreds of kilometres of roadways and links, but we make sure everything is done with care and concern for the people,” he says.

With this in mind, Karunakaran notes the biggest challenge will continue to be land acquisition. However, he remains hopeful that most of the road projects the firm is targeting will not require too much in the way of buying existing land.

“The new acquisitions probably will revolve around building expressways, as most of the roads that are already four-lane and expanding to six have land acquired, so I think it should be less troublesome than in the past.”

The National Highways Authority of India awarded the Chenani-Nashri Tunnel project to ITNL, and construction began in May 2011. Both the main tunnel and the parallel escape tunnel, stretching nine kilometres, were dug using the new Austrian tunnelling method due to the complicated logistics of boring through the Himalayan terrain.
After almost six years of work, Prime Minister Narendra Modi inaugurated the tunnel in April 2017, calling it a “giant leap for the development of Jammu and Kashmir”. ITNL Managing Director Karunakaran Ramchand told eGov Magazine that the tunnel benefits “not only the commuters, but also the ecology, community and economy of the area”.

With the full cost of the project at Rs3,720 crore, well above the Rs2,520 crore estimate, it is India’s longest road tunnel as well as Asia’s longest bi-directional tunnel, and links the town of Jammu with the rest of the Kashmir Valley. It will reduce travel time by two hours and reduce the distance between Jammu and Srinagar by 31 kilometres.

Most importantly, the tunnel bypasses the dangerous Chenani–Nashri stretch of the Jammu–Srinagar national highway, a road where every day more than 15,000 vehicles risk potential natural disasters such as avalanches and snow blockages. High altitude, sharp turns, steep slopes and bad weather frequently close down Jammu and Kashmir’s main link to the rest of India.