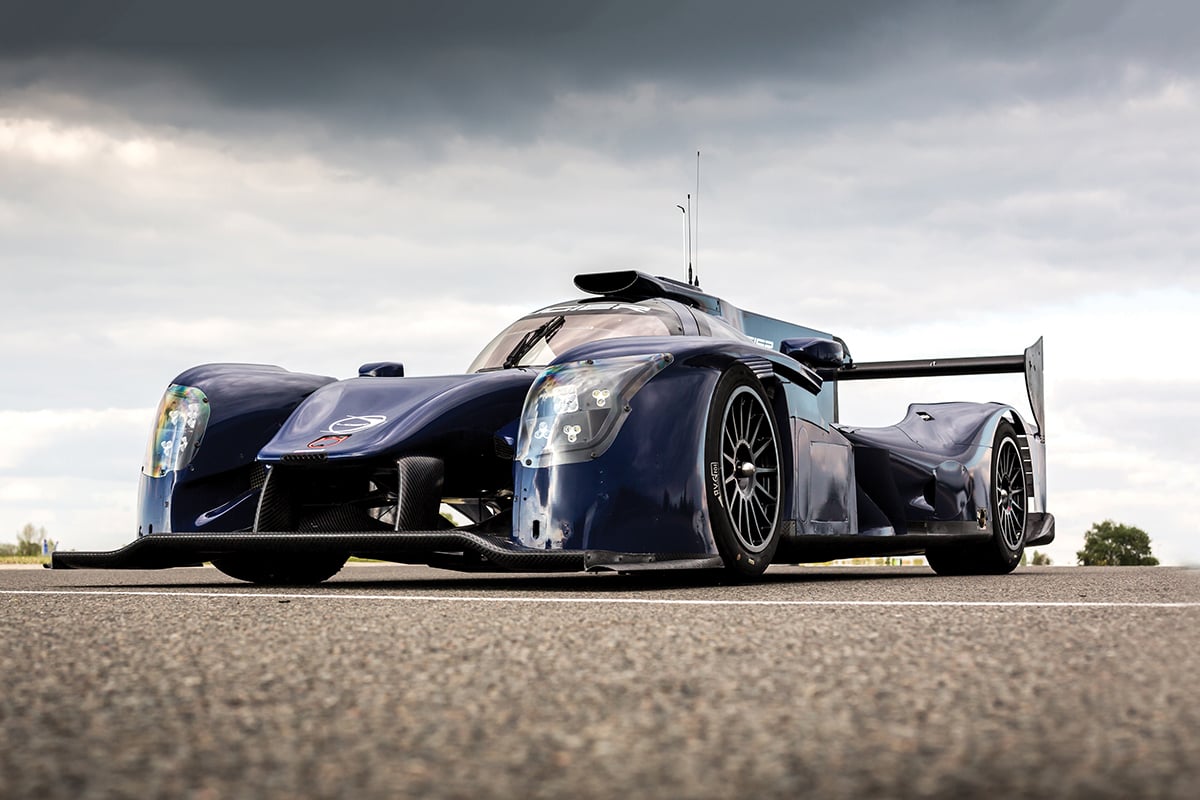 Since its founding in 2013, Onroak Automotive has enjoyed a close relationship with the 24 Hours of Le Mans endurance event. Close physical proximity arises from the location of one of its automotive sites in the Technoparc des 24 Heures, adjacent to the Circuit des 24 Heures du Mans, but the relationship extends beyond the physical.

There is a shared history between the event and the manufacturer dating back to Onroak CEO Jacques Nicolet’s time with the endurance racing team OAK Racing (founded by Serge Saulnier in 1980, and once known as Saulnier Racing).

“The 24 Hours of Le Mans is magical,” Jacques says. “It is a human, technological and sporting experience, in which nothing can be left to chance.” Jacques’ familiarity with the event has been built on his experiences of it as a driver, a team owner and, most recently, a car manufacturer. “My passion for this race has never faded. Every year, I look forward to it.”

Onroak’s first love is endurance, and the values associated with it. Jacques developed a passion for endurance over the course of three decades spent in the real estate game, and founded the company in 2013, seeking to take advantage of his competition experience and technical knowledge gained over a successful seven-year stint with OAK Racing. 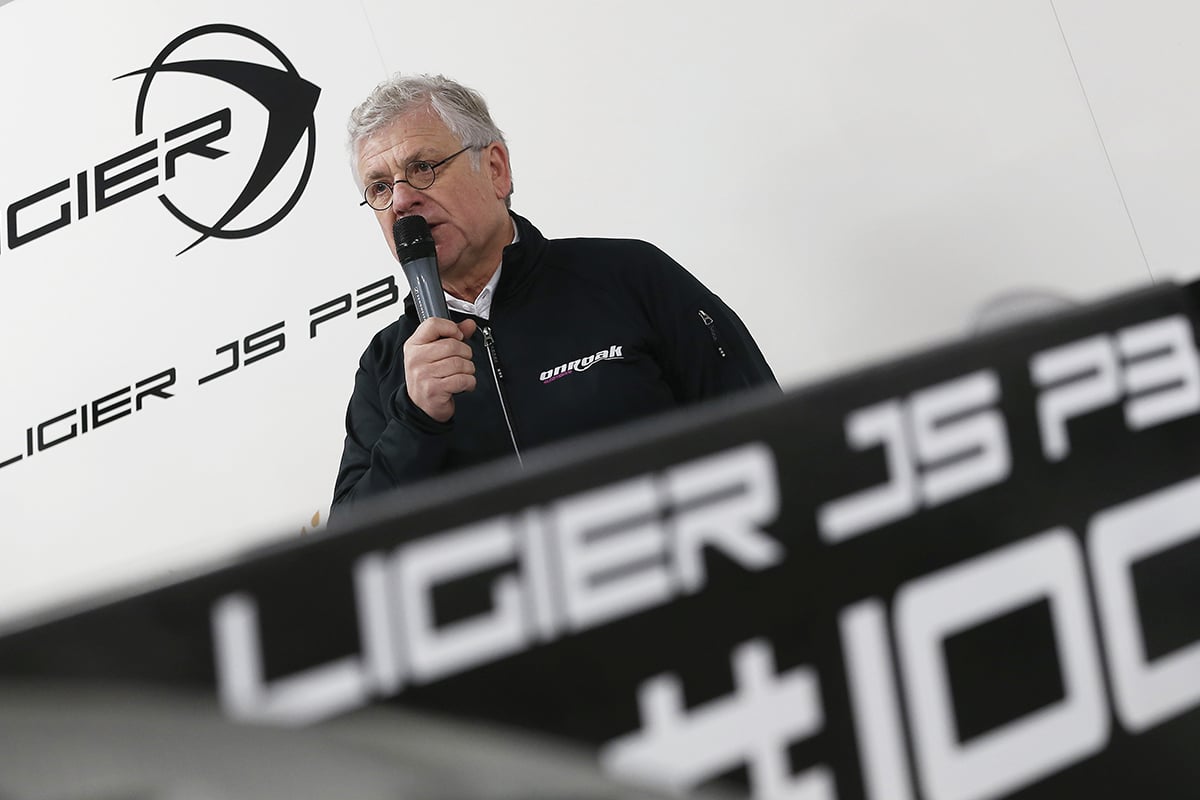 Jacques’ friendship with Guy Ligier led to Onroak and Ligier joining forces and, since 2014, Onroak has been offering Ligier sports prototypes. With around 140 Ligier JS P2s, JS P217s and JS P3s so far sold, the latest model, the Ligier JS P4, participated in its first race in April 2018, at Donington Park, Leicestershire, England.

Onroak conducts its operations out of five global sites. Three production sites are located in France (at Le Mans, Magny-Cours and Amilly), and a fourth is in Denver, North Carolina, in the US. A fifth site, opened in March 2016, is a logistics base inside Malaysia’s Sepang International Circuit.

The combination of skills, technologies and infrastructure present on these five sites allows Onroak to oversee projects from their initial design phase right through to completion. Sports prototypes are the company’s specialty, and it produces Daytona Prototypes International (DPi) and Le Mans Prototypes (LMP) using carbon fibre from HP Composites, a company also within the Everspeed Group.

“One of our strengths is our experience in competition and our knowledge of a team’s needs.”

“One of the strengths of Onroak Automotive is that it is part of the Everspeed Group,” Jacques explains. The Group consists of 12 companies which, together, offer racing car design and construction, career training for the automotive sector, audiovisual and photographic production for sports events, and the manufacturing of composite materials. 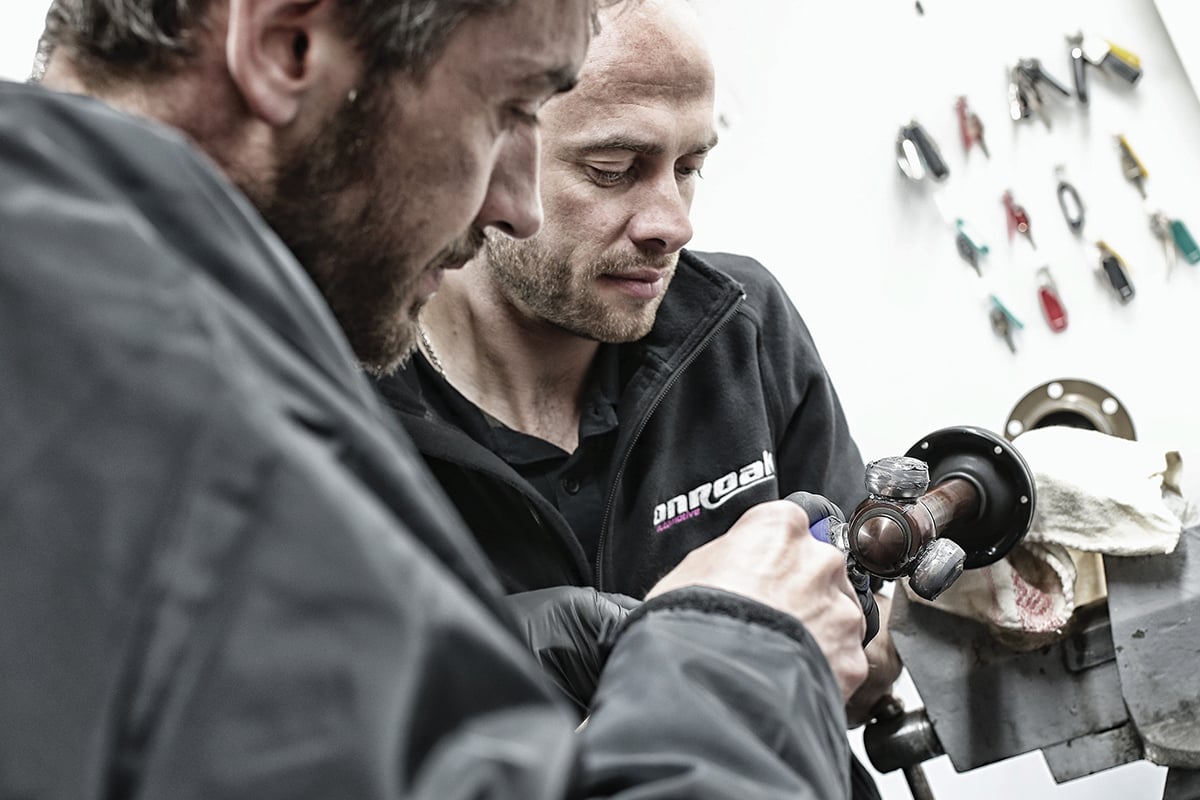 Jacques has built Everspeed (known as JN Holding until 2016) as the result of a story that began in 2007. “Our philosophy is to create the maximum number of synergies between the companies of the Group to come up with high-value-added products.”

Onroak works closely with another of the Group’s companies, the engine builder Sodemo, leveraging the latter’s 35 years of experience and onboard electronic systems know-how, to develop bespoke electric harnesses, dashboards, steering wheels with paddle shifts, and engine and gearbox management calculators.

Since its inception, Onroak has widened its scope of operations. While its focus was once exclusively on the production of sports prototypes, “we can now also make single-seaters, silhouette cars, touring cars and concept cars”, says Jacques.

“Right now, we have more than 200 cars competing all over the world in different championships.” Inaugural success for the company’s cars came at the 2013 24 Hours of Le Mans, with a 1–2 finish for OAK Racing in the LMP2 class, and has been followed with further victories in that event as well as in the Asian and European Le Mans Series, the Petit Le Mans, the FIA World Endurance Championship, and the Daytona 24 Hours, among others. 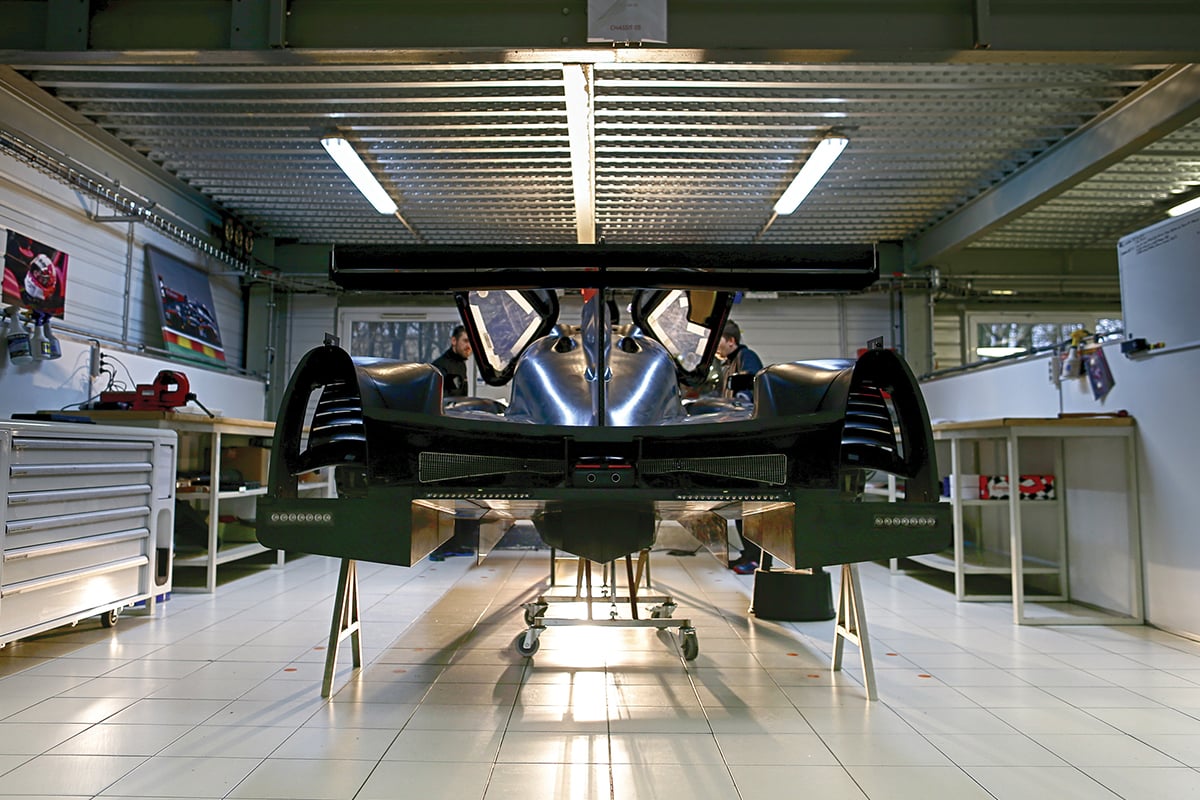 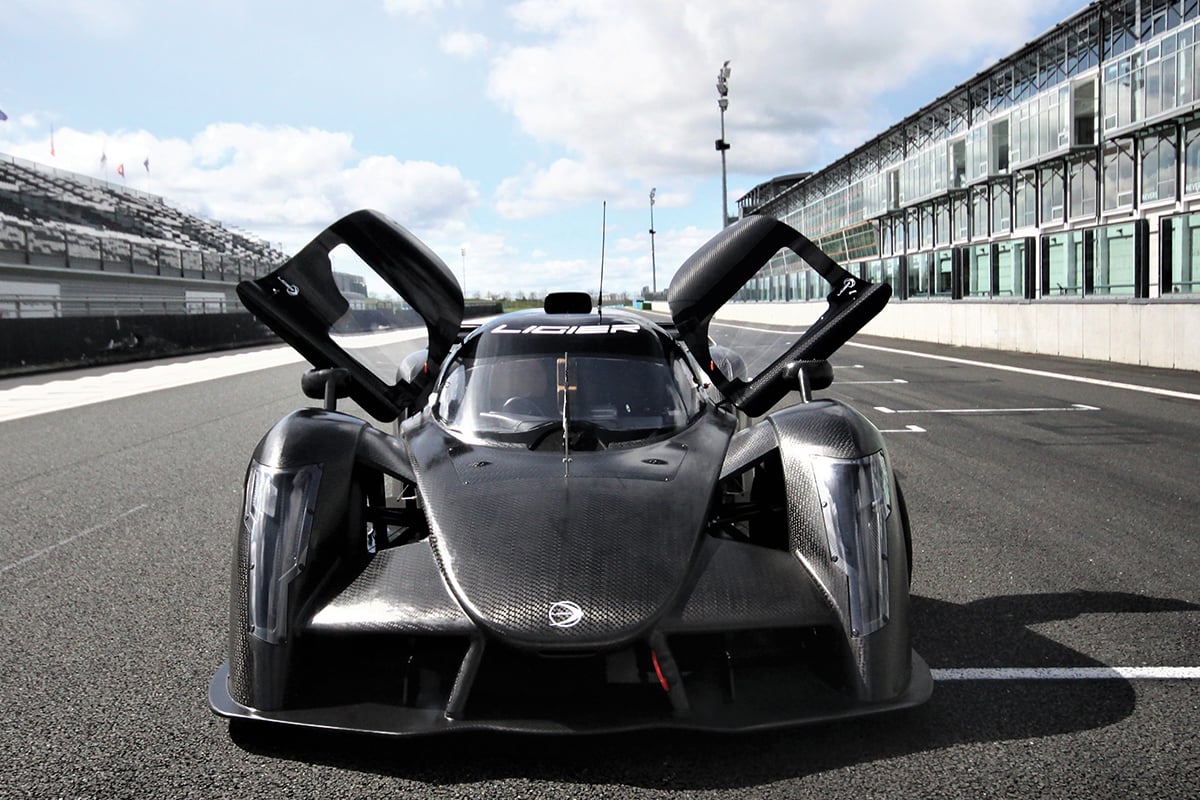 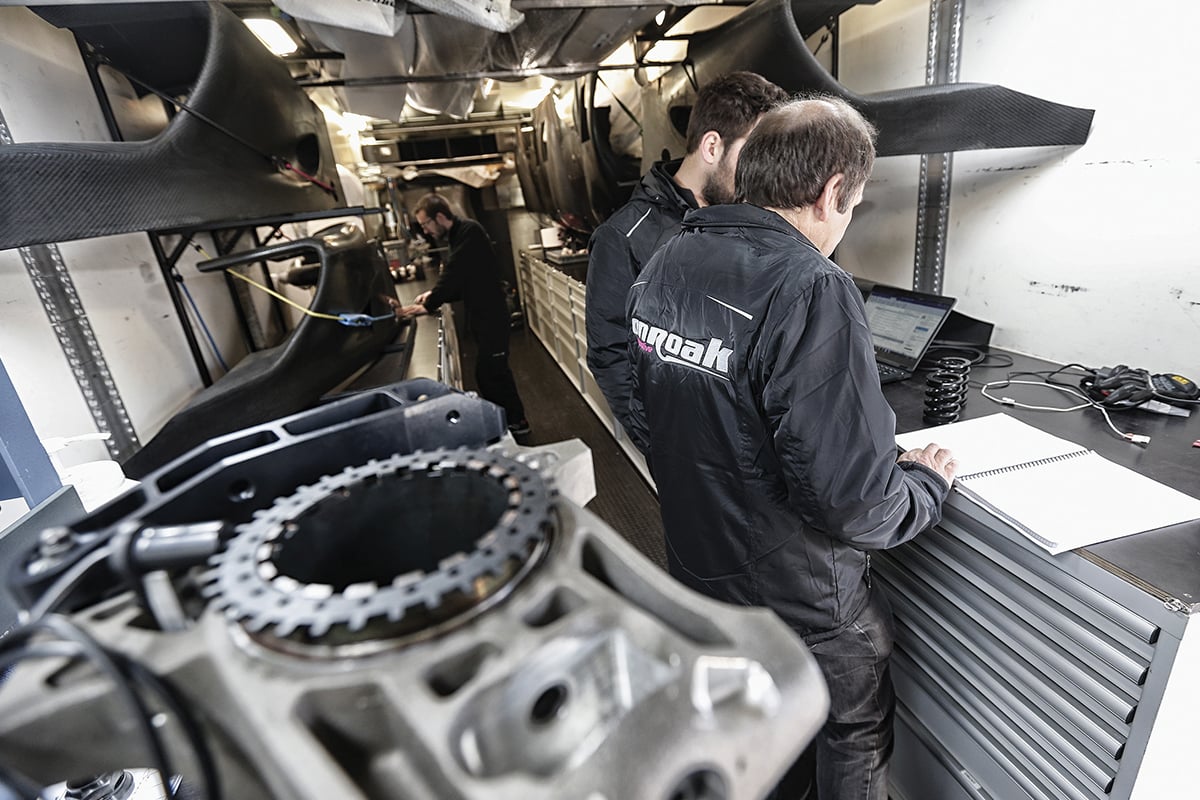 Onroak’s participation and success in these iconic racing events informs another aspect of its operations: the restoration of historic racing cars. The site in Magny-Cours is equipped with resources dedicated to the task of classic car restorations, and many of the cars arriving for restoration have a special connection to its workshops and the Le Mans race. Restoration requests are commonly made for Ligiers and Martinis, alongside other LMPs, historic single-seaters, and cars that have taken part in Le Mans races.

The company’s services and success are not limited to the construction of racing cars. A range of other services allow Onroak to demonstrate its commitment to fostering quality relationships with its clients. “Since we started as a racing team,” Jacques notes, “another of our strengths is our experience in competition and our knowledge of a team’s needs. We not only design and manufacture racing cars, we also support and accompany our clients in the operation of their cars.”

Throughout the racing season, Onroak aids teams and race organisers in events in Europe, Asia and the US through the provision of global support solutions. Its expertise and technical knowledge are used to deliver personalised support to the racing teams who drive their cars, and off-track, Onroak is equipped to offer a wealth of hospitality, catering and logistics solutions. During the 2018 24 Hours of Le Mans, for example, Onroak, with the Ligier Paddock Club, offered total immersion in the event through exclusive access to strategic areas of the race, including live views of a pit stop.

Jacques acknowledges that designing racing cars is not all about the speed and excitement of the race. “One of the main difficulties involves finding the best compromise between performance, reliability, costs and innovation,” he says. “We need to keep innovating, and make sure we are one step ahead; we need to know, before our customers do, what their needs and desires of tomorrow will be.”

While these kinds of enduring challenges will always be present, individual moments of surmounting them provide comforting memories. With the Ligier JS P2, the Tequila Patrón ESM team took victory in the 2016 24 Hours of Daytona race, representing the first victory by a French manufacturer in the history of the event.

The successful revival of the Ligier brand at the 2014 24 Hours of Le Mans, with the Ligier JS P2 starting in pole position and taking out second place in the LM P2 category, is a particularly poignant memory for Jacques, as his good friend Guy passed away one year later.

The 2019 Le Mans race is one that Jacques is eagerly looking forward to. The Ligier brand will be celebrating its 50th anniversary, and the company has every intention of making it a race to remember.

Going forward, Onroak’s attention is moving towards hybrid cars, dictated by the continuing evolution of the automotive industry. “At the same time,” Jacques notes, “there is a renewed interest in vintage cars.” The support Onroak receives from the Everspeed Group, combined with the quality of its operations, means that the company will have no trouble servicing both demands.