A decade after joining the company in 2005, Jane Sun became CEO of Ctrip, China’s largest online travel agency, which also operates Skyscanner and Trip.com, and plans to increase its relationship with highly successful online agency Booking.com.

Ctrip’s mission is to make the customer journey happier and, as CEO, the most rewarding aspect for Jane is to see that users have better and more positive trips. “Also, I feel rewarded to see our employees grow their career paths at Ctrip,” she says.

Indeed, Jane intends to grow the company further with her female-friendly workplace plans. “At Ctrip, we pay a lot of attention to identifying where female staff are in the company pipeline, and make sure we have policies that fully support them as they progress,” Jane tells The CEO Magazine.

“We also make sure that women in top management positions are positive role models who can help other women in their teams become better leaders,” she adds. “Having role models also removes any self-doubt that women may have – and self-doubt can hinder the company’s path to gender diversity. It’s important to ensure that everyone – both men and women – sees the value and benefits of diversity.”

“In this position, I’m fully committed to ensuring a greater female presence. Today, Ctrip’s female employee base is over 50% and we do our best to foster an environment where they can realise their full potential.”

Jane claims that in addition to flexible working policies, the company gifts US$1,100 to new mothers, offers free taxi rides to pregnant workers, and holds summer camps at its headquarters for staff with preschool-aged children. “We also invest in mentorship and in enabling career continuation after maternity leave.”

For Jane, the participation and advancement of women is not just an aspiration, but imperative for the betterment of business. “Gender parity in leadership helps companies to gain greater access to productivity and resources. From being better at building relationships, to taking initiatives, and playing a bigger role in communication and collaboration – it helps to sustain an environment that is positive, inclusive and dynamic,” she concludes. 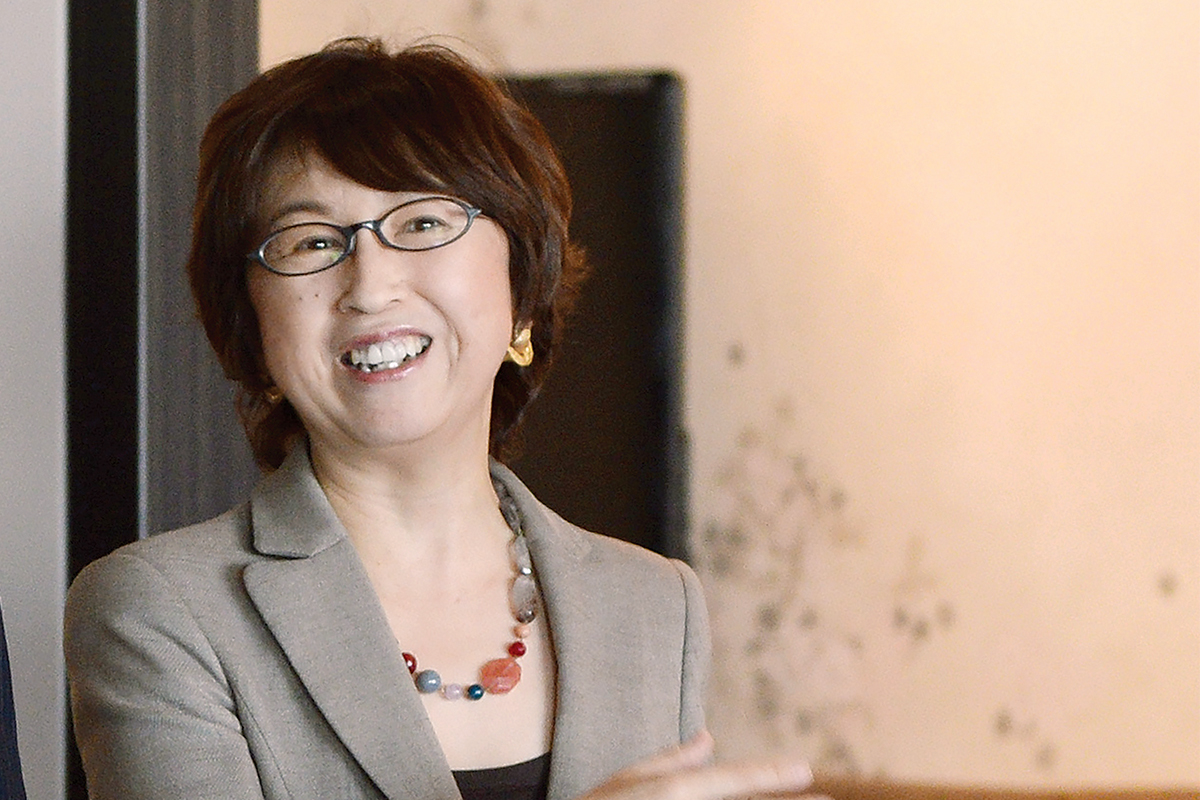 Tomoko Namba started the Tokyo-based gaming company just under 10 years ago and today DeNA is Japan’s top mobile auction and social gaming platform. She stepped down as CEO in 2011, but still serves on the board and, with a net worth of US$545 million, she is the 47th richest person in Japan. Success didn’t necessarily come quickly, but Tomoko was wise to adapt.

“We did everything to catch up with Yahoo but we were not able to. In 2001, I shifted our focus to becoming profitable. We changed our business model from auctions to an internet shopping mall. By doing aggressive marketing, we got a sizeable customer base. And that worked really well. We turned profitable quickly in 2002,” she says.

After that, the company tried many services and one of them was extremely successful, which was its mobile auction service (a system to let consumers bid for products using their smartphones). “Then we started a mobile ad network, mobile social networking service, and mobile social games. We’ve been throwing huge hits since then.” Tomoko attributes her company’s rapid growth to friends. “Friends helped me, and I made more friends after founding the company, and they also wanted to help.”

“You need to have passion to fuel your dream.” Wei Sun Christianson first joined Morgan Stanley 10 years ago in the firm’s investment division. Today, she is the CEO, and under her leadership the company has broadened its onshore footprint to include services such as underwriting, commercial banking, asset management, trust services and private equity investment.

Supporting women into, and in, senior management positions is of paramount importance to Wei Sun, who told the 3rd Women in Leadership Forum in Beijing last year that women need “to have a dream or plan to succeed”. She added: “You need to have passion to fuel your dream. And then, you need the skill set.”

According to Wei Sun, Morgan Stanley has been at the forefront of China’s capital markets since the early 1990s and it has a lot to be proud of. The company led the first deal to be marketed outside of China in 1991, even before the stock exchanges existed. In 1992, it completed the first Yankee bond for a Chinese issuer.

“It’s challenging to build a franchise like Morgan Stanley in a new cultural environment. We first had to build the framework – a core team to be the culture carriers for the firm,” Wei admits. “We have deliberately put people in place who aren’t always Asian or Chinese. The China management team includes people who have been with the firm a long time. They are important role models for younger and newer employees.”

“We are quite unique, thanks to our sustainable strategic plan.” Having spent her entire career at Banpu, Somruedee Chaimongkol has put her heart and soul into building one of South-East Asia’s biggest energy companies with huge stakes in power generation across the region. With most of Banpu’s assets in coal, Somruedee has earned the nickname ‘Asia’s First Lady of Coal’.

Moniker aside, Somruedee says Banpu will be investing more in renewable energy. “As a leading energy company that supports the most efficient use of energy, Banpu Infinergy will continue to invest in renewable energy. We will not limit ourselves to solar energy but will also explore the possibility of expanding to storage and management systems to help the government achieve its smart city initiatives,” she says.

“From now on, we are looking to invest more in renewable capacity in CLMV [Cambodia, Laos, Myanmar and Vietnam]. We are open to every kind of energy whether it be solar, wind or hydro,” she continues.

“In Vietnam, we have started discussions. It will take a while to conclude, and implementation of each greenfield project will take around three to five years. We are waiting for project endorsement and then we will proceed with it.

“In the overall picture, we are an integrated energy provider. Compared with pure coal companies, we are quite unique, thanks to our sustainable strategic plan,” she adds.

“Gaining respect took time in my early years with the company.” Sabrina Chao is the Chairman of one of the biggest shipping companies in Asia, Wah Kwong Maritime. She initially joined the family business in 2002 and was appointed to her current role in 2013. “As a younger leader, I found that gaining respect took time in my early years with the company. So I purposely spent a lot of time getting to know the people,” she says.

Sabrina is now focused on enhancing Hong Kong’s position as an international maritime centre. “That’s a cause very close to my heart,” she comments.

From 2015 to 2017, Sabrina made history when she became the first woman to be elected Chairman of the Hong Kong Shipowners Association (HKSOA). “Not only was chairing the HKSOA a tremendous honour, it also provided an incredible platform for me locally, nationally and internationally,” she says.

Sabrina’s leadership was also recognised this year with a prestigious Commodore’s Award from the Connecticut Maritime Association. This accolade is given annually to someone who has made a significant contribution to the maritime industry’s growth and development. Sabrina is only the second woman to receive the honour, and the third recipient from Asia.

“Chose to be in business, and I don’t regret it.” 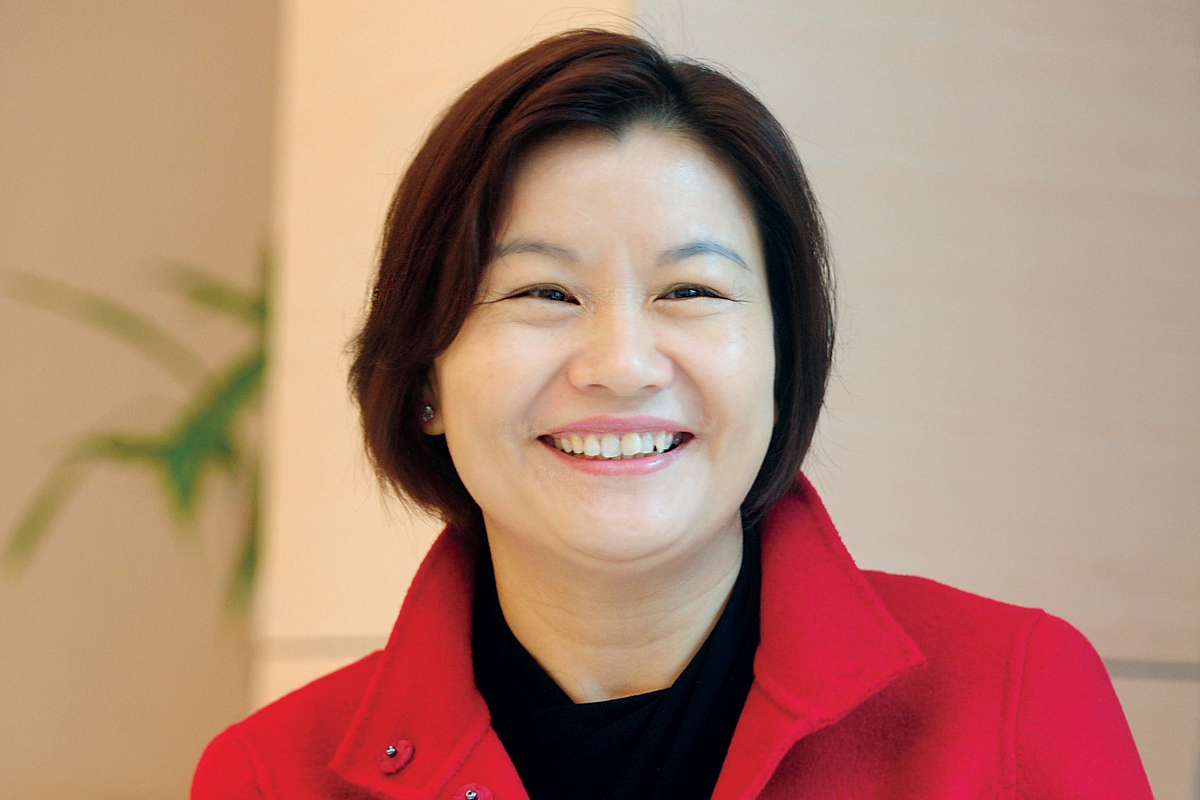 One of the world’s largest makers of glass screens for mobile phones and tablets, Lens Technology went public three years ago making Zhou Qunfei the richest self-made woman in tech, with an estimated wealth of US$9.3 billion (as of March 2018). Her success is said to be built on her attention to detail. “She’ll sometimes sit down and work as an operator to see if there’s anything wrong with the process,” says James Zhao, a general manager at Lens Technology. “That will put me in a very awkward position. If there’s a problem, she’d say, ‘Why didn’t you see that?’”

But for Zhou, her success is more black and white. “In the village where I grew up, a lot of girls didn’t have a choice of whether to go to middle school. They would get engaged or married and spend their entire life in that village,” she says. “I chose to be in business, and I don’t regret it.”

A woman who remains largely under the radar, Zhou is rarely seen in public nor does she grant interviews, but she has in the past recalled her early career working in making watch lenses. “I worked from 8am to 12am, and sometimes until 2am,” Zhou recalled. “There were no shifts, just a few dozen people, and we all polished glass. I didn’t enjoy it.”