Hillary Rodham Clinton was the first woman nominated by a major US political party to run for President. Is she a political survivor or a polarising force who’s had her day? 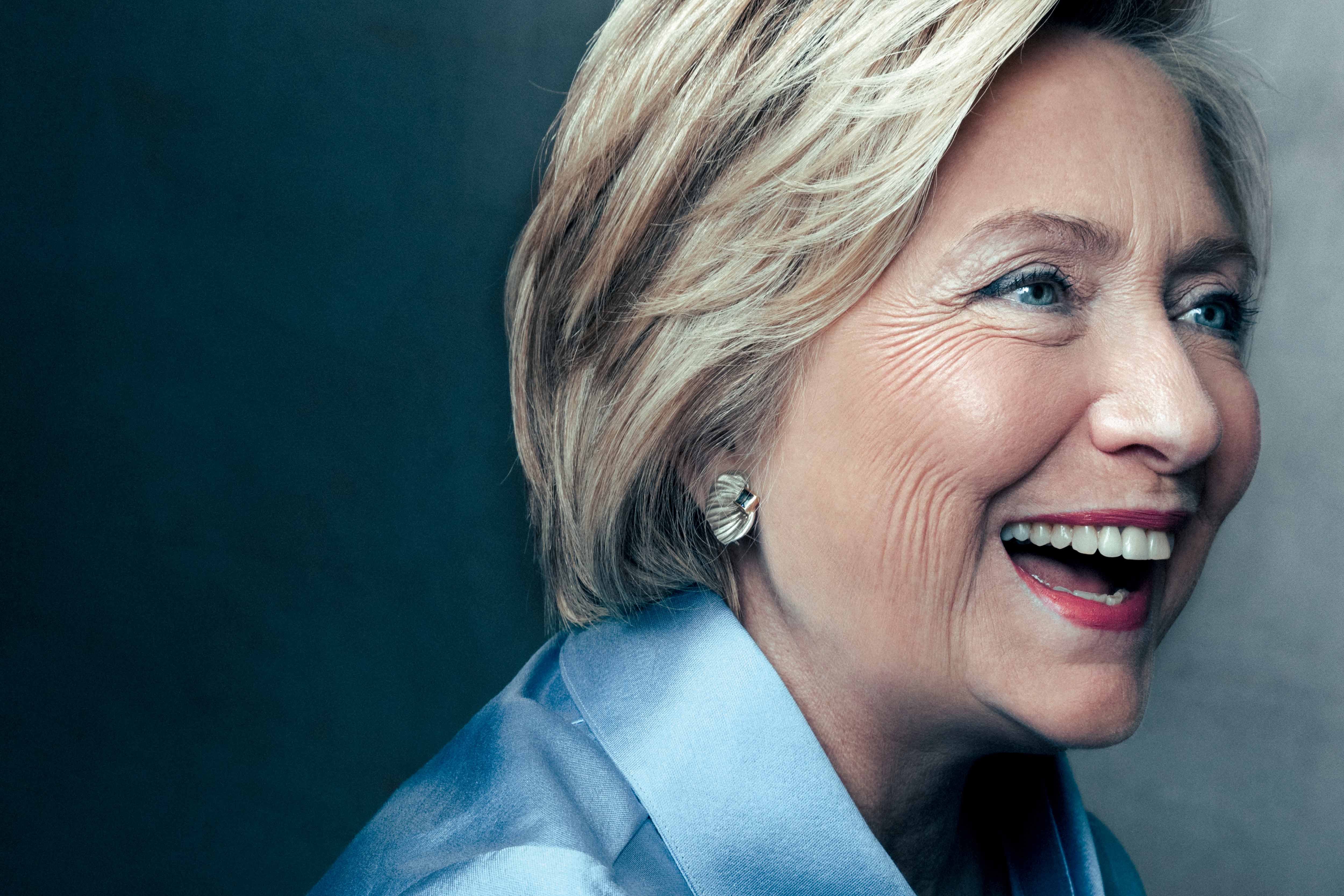 Hillary Rodham Clinton recalls the first time she was bullied. She was four years old and the neighbourhood kids were teasing her about a bow in her hair. She ran home, in tears, seeking comfort from her mother. But Dorothy Rodham was determined that her daughter would grow up “brave and resilient” and her reply wasn’t quite what you’d expect.

“There’s no room for cowards in this house,” she said. “You go back outside and figure out how you’re going to deal with what these kids are doing,” she declared.

It was a harsh lesson for a child not much past her toddler years but Clinton says she’s thankful for her mother’s tough love that day because it set her on the path to stand up to bullies throughout her career and survive countless public battles, and some personal ones, too.

“Everybody gets knocked down in life. What matters is whether you get back up and keep going.”

“Everybody gets knocked down in life. What matters is whether you get back up and keep going. That was a lesson I had drilled into me from a very young age by my mother,” says the now 70-year-old stateswoman.

Earlier this year, thousands flocked to convention centres across India, Australia and New Zealand to hear Clinton speak while on a promotional tour for her latest book, What Happened. It was a rare opportunity to get up close and personal with one of the most defining women of our generation.

So what more do we know about her now, almost two years after she lost the presidential race to Donald Trump in the biggest upset in American politics? We learned that Clinton is not a criminal, she’s not dangerous, and she’s not a threat to America’s future. What she is, is human – she is intelligent, and she’s committed to public service and defending human rights. And she’s definitely not finished.

Here is not a woman looking for a platform to complain about her loss. Sure, she delivers some lines with a wry smile… “Boy, I should have watched The Apprentice”, and she talks about her election loss – she has to, she is on a book tour after all. But this isn’t an ego looking for sympathy or for a wrong to be set right. This is a candid and measured woman who admits to making “some painful mistakes” during her presidential campaign.

During her tour, the audience also got a glimpse of the former Secretary of State, the political operative who always had a purpose and fearlessly spoke her mind. As she walks us through the latest developments in international affairs, Clinton’s summary of the facts is compiled through an experienced lens; her assessments are thoughtful, and her concern for the future is obvious. She is in her comfort zone: assessing the play, and making a plan for change. She has a new purpose.

“I worry about what’s happening to our politics and democracy and I’m going to keep talking about it,” she says. “Our world is at a crossroads and what we do next matters enormously. We are all living through a global struggle between liberal democracies … and a rising tide of illiberalism and authoritarianism.”

On North Korea, Clinton says she’s keen to see Trump’s diplomacy play out but, for her, success can only be measured by concrete concessions.

She says Russia’s interference in the 2016 US presidential campaign represents a “clear and present danger”. State-sponsored cyber fraud and hackers played a pivotal role in fanning the flames of division and allegations have been made that they’re at it again in Germany, France, Spain and Italy.

“The forces at work in the 2016 presidential election are still with us,” Clinton warns. “This isn’t just about what happened, it’s about what’s happening right now.”

She also discusses, with some dismay, the blatant sexism and misogyny in politics, particularly in Australia and the US. She cites the vile verbal violence hurled at women such as herself, women in the media, and at Australia’s first female prime minister, Julia Gillard. “String her up!” the Republicans chanted about Clinton at election rallies, the way shock jock Alan Jones suggested Gillard be “put in a chaff bag and thrown into the sea”.

“The research is pretty clear,” says Clinton. “Women are seen favourably when we advocate for others but not when we advocate for ourselves. That struck a chord with me because historically people say they like me when I’m in a supporting role. Serving as First Lady in the White House … or as Senator or Secretary of State.

“But the minute that I – or any other woman – stands up and says ‘Now I’d like a chance to lead’, the approval starts to change.

“The only way to get sexism out of politics is to get more women into politics.”

“The only way to get sexism out of politics is to get more women into politics,” she says.

“It’s getting more women into the public arena so that the burden doesn’t fall disproportionately on the few.”

Many of Clinton’s detractors don’t shy away from vitriol, and charge her with having a clear disdain for millions of Americans. She has a “loathsome prejudice against the poorly educated and unemployed, as well as rural whites, social conservatives and women who stay home with their children,” says Kathleen Parker, an opinion writer with The Washington Post. Election observers say Trump won partly because he was able to speak to the white working-class voter, who Clinton ignored.

Her critics have long labelled her a “militant feminist” and not to be trusted. The Federal Bureau of Investigation’s probe into emails sent from her private server while Secretary of State were held up as evidence and prompted Trump to label her “Crooked Hillary”.

Clinton’s campaign levels most of the blame for her election loss at the FBI. As far as the polls were concerned, and both campaigns for that matter, the Clinton camp held a comfortable lead just two weeks out from election day, 8 November. On 28 October, FBI Director James Comey released a statement saying more emails had been uncovered but provided no further details. The mere hint of another Clinton scandal blew the election out of the water and, many say, sealed her fate. As it turns out, Comey had no criminal act to investigate.

Whether you’re a fan or not, Clinton has transformed people’s lives around the world through policies she has negotiated and causes she has championed, particularly for women and girls. She says that seeing Martin Luther King Jr speak when she was young sparked her life-long interest in social justice.

Clinton helped bring the tough sanctions against Iran that eventually forced the regime to the table and effectively put a lid on its nuclear activity – the very deal that is now in jeopardy following Trump’s decision to withdraw from the agreement. Detractors say those sanctions have had a crippling impact on everyday Iranians.

While at the State Department, Clinton brokered a ceasefire between Israel and Hamas; she normalised relations with Cuba; and, her political peers say, foreign policy was in better shape when she left office than when she started.

In the aftermath of the 9/11 terror attacks, as Senator for New York, Clinton ensured reservists and the National Guard received full military health benefits and that first responders got proper medical attention as it became obvious they had breathed in toxic air that day, and for weeks after.

As First Lady, Clinton guided the Children’s Health Insurance Program through Congress. It was a groundbreaking policy that provided insurance to eight million children in low-income families, effectively halving the number of uninsured children in the US.

Her critics, though, will tell you that for every good deed, they can cite a bad one.

Given the nasty battle it turned out to be, does Clinton regret running for president? “No,” she says firmly and without hesitation. “I’m glad I did it.

“You can’t make my life up. It defies my own imagination.”

Lynda Dugdale has been a journalist for longer than she cares to admit, in Melbourne, Toronto, London and now Sydney.