Why Sir Richard Branson is the world’s most beloved billionaire The entrepreneurial zeal and instinct for disruption are the same too, undimmed by an extraordinary 50 years of buccaneering leadership and extreme adventures in the glare of an adoring media spotlight.

The reason why the British business mogul is seared so deeply onto the zeitgeist is that his public image genuinely reflects not only who he actually is as a person, but the values that continue to drive his Virgin empire.

Richard Branson is authentic. He’s not pretending to be anything other than who he really is. And who he is today is who he’s always been. He may be into his eighth decade, but the fiery ambition that’s always burned in his belly is still alight and he’s tearing up as many rule books as when he started out. 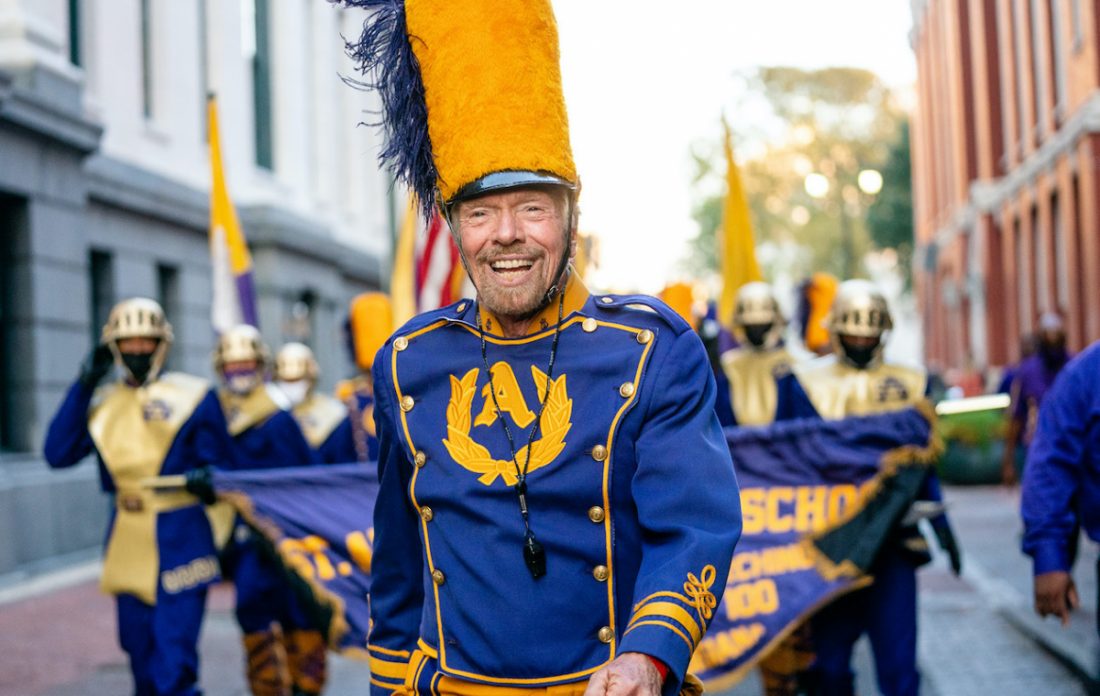 Branson’s story is a lesson for all business students in the power of authenticity, a trait recognised more and more as essential for long-term corporate success. A major consumer survey in 2021 by Stackla found that it’s by far the most important purchase driver, with 83 per cent highlighting its value.

According to leadership growth analyst Baptiste Monnet, being authentic is critical in business, especially for startups, as customers are sick of being lied to or pushed into shelling out for something they don’t really need. He told Entrepreneur that there are six ways a company can become more authentic:

All six could have been adapted from the ‘Richard Branson playbook’, especially the point about consistency. There are more than 300 Virgin-branded companies globally, in industries as diverse as radio, air travel, insurance, wine, casinos, gyms, trains and spaceships, yet all embody the same brand values of honest customer service, thinking differently and pushing boundaries.

The brand is authentic because it doesn’t use the smoke and mirrors of marketing to overpromise or spin the truth. It does what it says it does and has little time for received wisdom or convention.

Branson’s a rebel with a cause 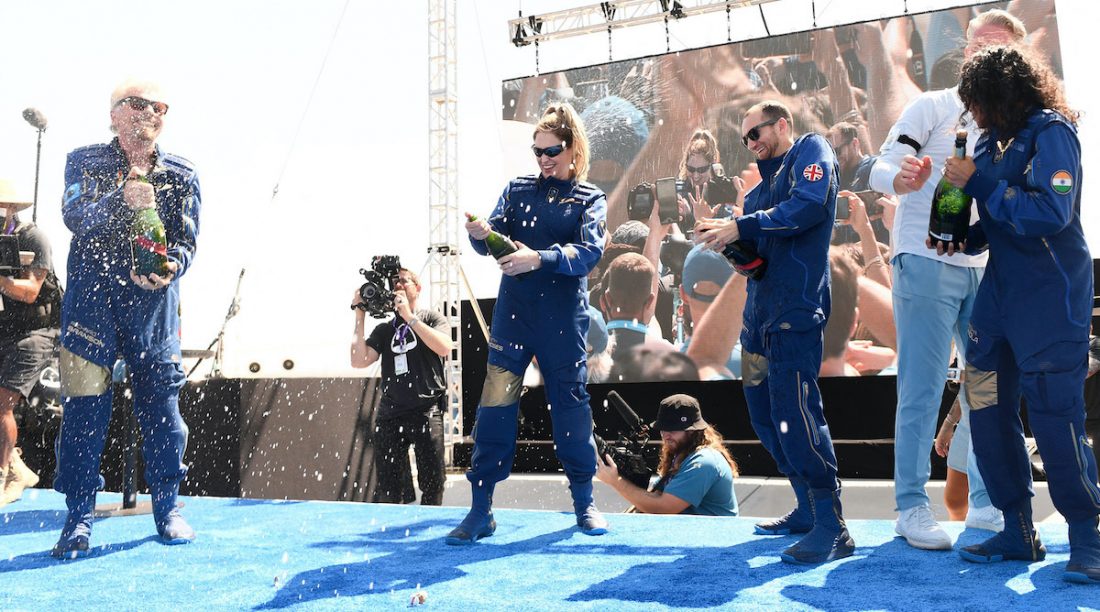 Indeed, Branson’s whole career was born out of a need to be deliberately unconventional. Having quit his private school at 15, he decided to start an anti-Vietnam War magazine, turning up to meetings with potential publishers and printers unshaven, in old T-shirts and flared corduroys.

He had no clue what he was doing, but his juvenile exuberance and infectious confidence endeared him to the people he worked with, even though his parents often despaired.

“We didn’t know whether he was 99 per cent stupid and one per cent rather exceptional,” his mother remarked years later. “We hung onto that one per cent.”

“Listening is one of the most important skills that anyone can have.”

The magazine failed, but instead of closing it, he used it to launch a mail order record business that eventually morphed into a record label. The name ‘Virgin’ was chosen as an admission that everything he was doing was new to him, something he was always completely open about.

For a young entrepreneur trying to engage with the stuffy business world, showing such vulnerability was a ballsy thing to do, but Branson wore it as a badge of honour. One of his executives once had to take him out of a meeting to explain the difference between net and gross profit by drawing him a picture of a fishing net with coloured pencils.

Then, as now, he hated boundaries and formality, refused to kowtow or change his behaviour – or clothes – to fit in because it just wasn’t who he was. If you google ‘Branson wearing tie’, pretty much the only result is from the Royal Box at Wimbledon where they’re compulsory.

Anarchy in the UK 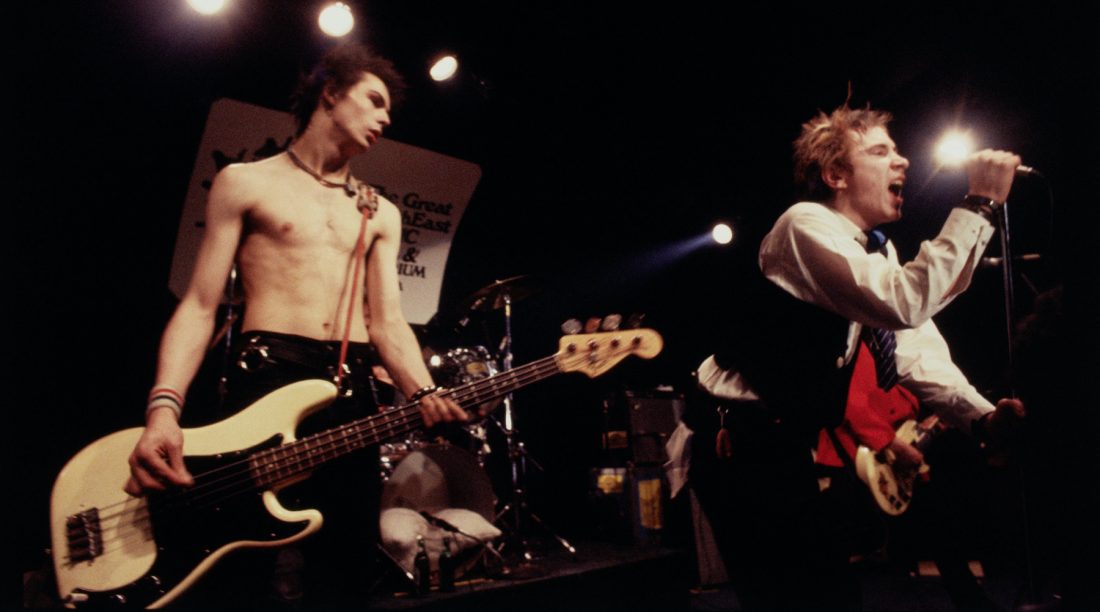 The timing of his record label couldn’t have been better. Mike Oldfield’s unlikely hit ‘Tubular Bells’ had gotten it off to an extraordinary start, but it was punk that sealed the deal. While the establishment clutched its pearls in horror at the anarchy of The Sex Pistols and Public Image Ltd, the rebel rouser in Branson lapped it up.

Like him, they were unfiltered and unashamed, screaming their contempt for order and tradition and wallowing in the chaos they were unleashing on polite society.

“I saw them in a small venue and hadn’t been that excited about a band in a long time and was determined to sign them,” he remembered years later. “I didn’t get much support from the rest of the company, but I felt we needed something to shake things up.

“The Rolling Stones signed to Virgin largely because of the notoriety and the way we’d promoted The Sex Pistols.”

Other artists followed, impressed with the authenticity of both the label and its subversive leader.

Even then, Branson had decided on the three business principles that still inform his companies today: listen, learn and laugh. It’s telling that the first two are about absorbing information from those around him rather than making grand proclamations and expecting his obedient minions to follow orders.

“Listening is one of the most important skills that anyone can have,” he told author Dan Schawbel. “That’s a very Virgin trait. Listening enables us to learn from each other, from the marketplace and from the mistakes that must be made in order to get anywhere that’s original and disruptive.”

It’s a canny insight. A company with a leader who genuinely makes an effort to listen will always perform better, according to the Association of Talent Development’s Cyndi Sax.

“The gap between a leader’s perception of reality and employees’ versions of that reality is not a peripheral issue,” she argues. “A disconnect can damage trust, employee engagement and collaboration, which in turn can contribute to a decline in productivity.”

But Branson does more than just listen, he trusts his people. For an organisation to be truly authentic, it must demonstrate its faith in employees at every level. Only then will they repay you and go the extra mile. At Virgin Trains, one recruitment initiative that Branson spearheaded proves that, once again, he means what he says.

Unlike many business leaders, Branson has always insisted on writing his own social media posts. In May, when it was revealed the US Supreme Court was set to ban abortion, he weighed in, predicting it would have ‘fatal consequences’.

Such a bold statement from a CEO would be discouraged by most of the risk-adverse PR machines in corporate America, fearful of pro-life agitators, but Branson’s handlers know better than to try and rein him in. Being honest to his principles has served him pretty well.

“We have a policy of giving ex-prisoners a second chance. Because we give them that trust, not one of them has ever re-offended,” he told Freakonomics Radio in 2018.  “Our head of security comes out of prison on a Monday morning, works until Friday night, goes back to prison for the weekend.

“She’s absolutely brilliant at her job, and somebody who’ll do everything she can for the company because the company has given her that second chance.”

Branson goes even further when it comes to his staff.

Even in the early days of Virgin, when success was hardly a slam dunk, he did something that many at the time viewed as counterintuitive to business growth – he prioritised his staff over his customers.

“I’ve always said, take care of your employees and they’ll take care of your business,” he told City A.M. in 2021. “Our people really are the thing that makes our brand different and special. Over the years we’ve always tried to give our people the freedom to be themselves and to treat them like adults.” It’s unlikely Virgin could have taken on and beaten so many corporate behemoths over the years without the dedicated and fiercely loyal teams he built around him. He may be the inspirational figurehead, though internally he’ll also show humility if there are more informed opinions around the table, and he never lets his ego trample over quieter voices.

But does such authenticity have a downside? Are there circumstances where a business leader who shows vulnerability looks weak? And what if being true to your authentic self means you can’t project the necessary confidence to get your proposals over the line?

The London Business School’s Herminia Ibarra, a professor in organisational behaviour, has identified what she calls the ‘Authenticity Paradox’ where the business world’s obsession with authenticity can have a powerful negative effect.

“Authenticity has become the gold standard for leadership,” she explains. “But a simplistic understanding of what it means can hinder your growth. All too often, we tend to latch on to authenticity as an excuse for sticking with what’s comfortable.

“But few jobs allow us to do that for long … And being utterly transparent – disclosing every single thought and feeling – is both unrealistic and risky.” Branson knows this too. Naturally shy, he has nevertheless used his celebrity to project an image of a charismatic showman for years, staging elaborate stunts to manipulate journalists and TV producers into promoting his projects.

Whether it’s circumnavigating the world in a hot air balloon, bungee jumping off a casino, wearing a wedding dress or driving a tank down Fifth Avenue, there are seemingly no lengths to which he won’t go in the name of publicity. He once admitted that a quarter of his time was spent dreaming up and executing such ventures – time very well spent judging by the countless global media frenzies he’s engineered.

“We take an anti-scripting approach at all of our Virgin brands.”

While it’s true the eccentric, swashbuckling caricature he hides behind isn’t authentic in the purest sense, there’s always a sense of self-deprecation about the ridiculousness involved that suggests we’re all in on the joke. It’s in sharp contrast to other publicity seeking billionaires, who lack Branson’s self-awareness and ability to laugh at themselves.

These days, having finally got Virgin Galactic off the ground, Branson takes a back seat from running most of his companies, preferring instead to concentrate on his not-for-profit foundation, Virgin Unite, and campaigning for issues close to his heart, such as LGBTIQA+ rights and climate change.

Branson has infused his customer service divisions with a refreshing authenticity and transparency from the very start. “We take an anti-scripting approach at all of our Virgin brands,” he told Leadership Essentials’ Micah Solomon in 2019. “Customers enjoy doing business with personable employees who tailor service to the situation.”

Those values are also evident in Virgin Holidays brochures where, instead of sneakily reducing the font size of the terms and conditions to the size of dust particles, it calls them ‘the not-so-small print’ and displays them loud and proud over two pages. A gimmick, perhaps, but the message is clear – we have nothing to hide.