Sir Richard Branson will join 18 big thinkers on a quest to take on some of Africa’s biggest problems. 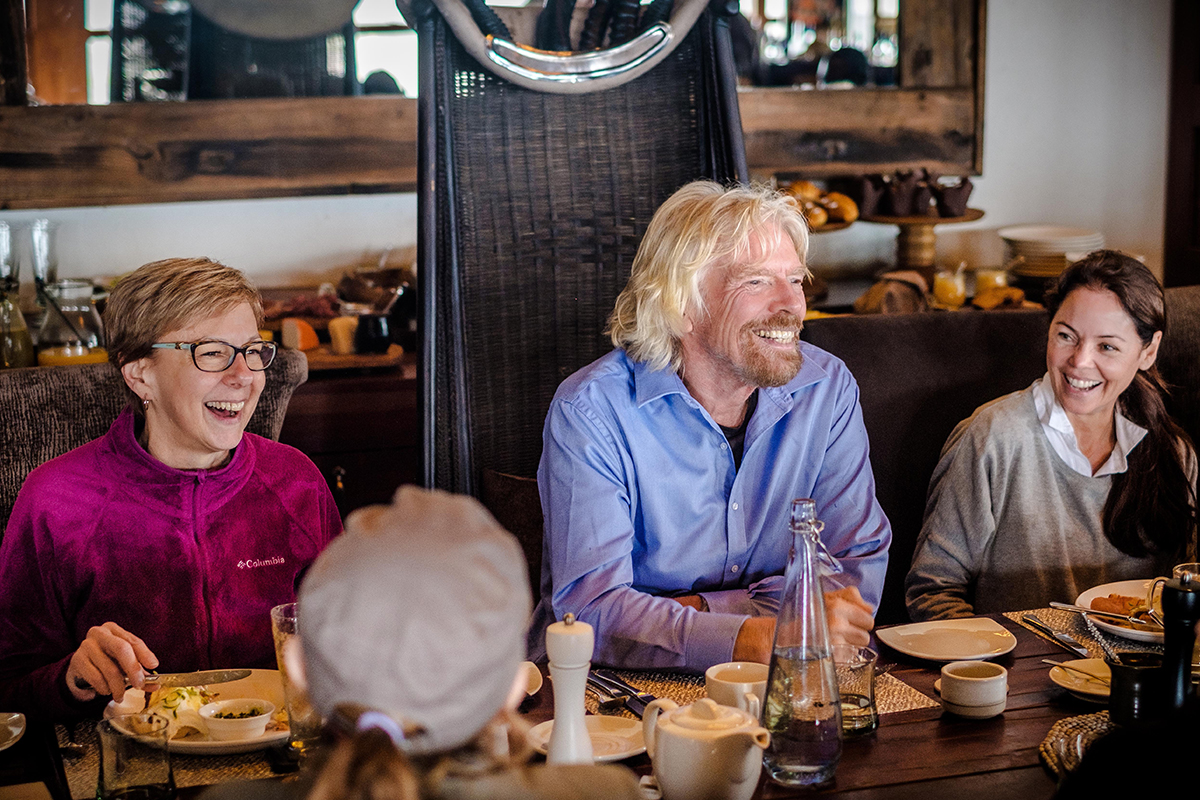 Prisoners achieving legal degrees behind bars so they leave as lawyers; young girls standing up for themselves against female genital mutilation; sustainable energy for economic empowerment. The concepts may seem far-fetched, but for Virgin Unite it’s a small handful of problems urgently needing solutions.

The not-for-profit foundation of Sir Richard Branson’s Virgin Group is hoping to create a positive impact on communities through collaborations with a group of 18 powerful, innovative thinkers.

“Critical to all this is how we come together as humans, connect to one another despite a lot of obvious differences,” Virgin Unite Director of Community Katie Hunt-Morr says. “The people representing the issue are at the same table as people that might have more resources and the ability to back an issue in a really dynamic way.”

Brilliant minds from across the globe will travel to the front lines of change where they will be met by community leaders from Virgin Unite’s partners including African Prisons Project, Last Mile Health Living Goods, One Acre Fund, Energise Africa, Sightsavers, and an anti-FGM project in the Maasai Mara.

The Kenya Connection Trip embodies Virgin Unite’s entrepreneurial approach to tackling some of the world’s most urgent problems from criminal justice and fighting the effects of climate change to preserving oceans and creating access to clean food and life-saving medications. 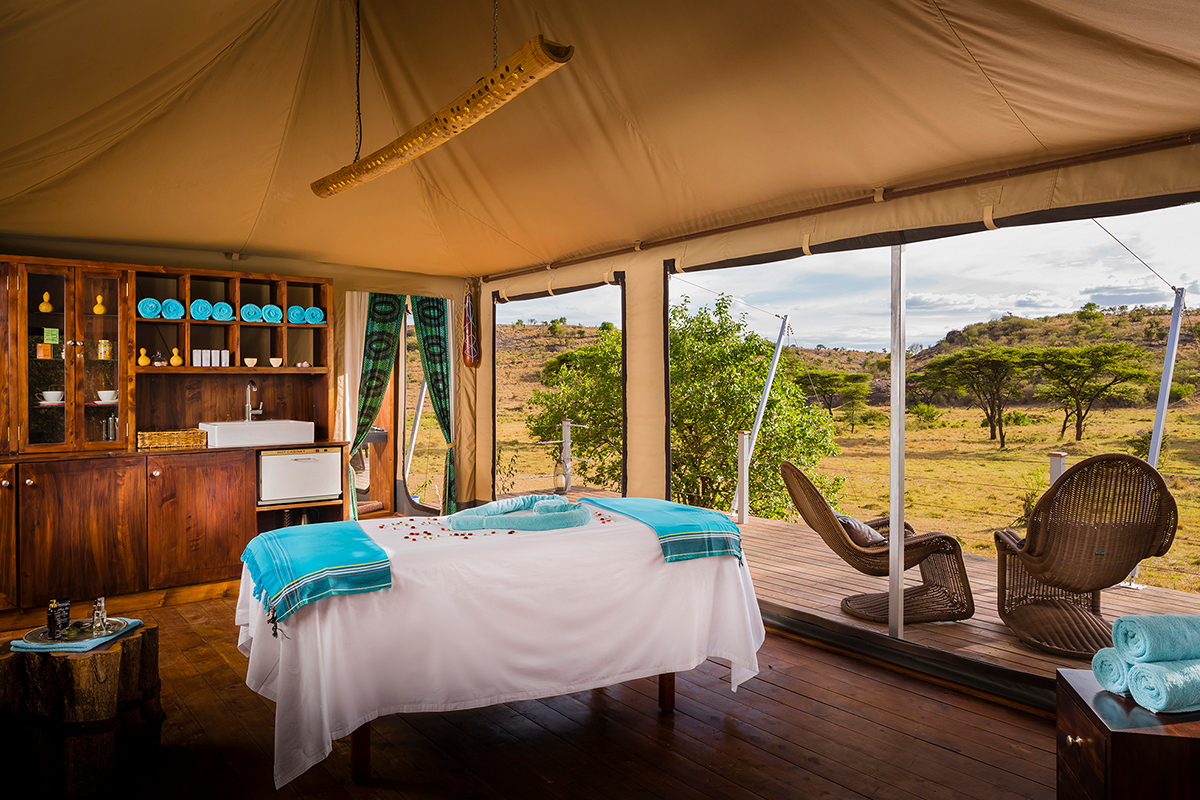 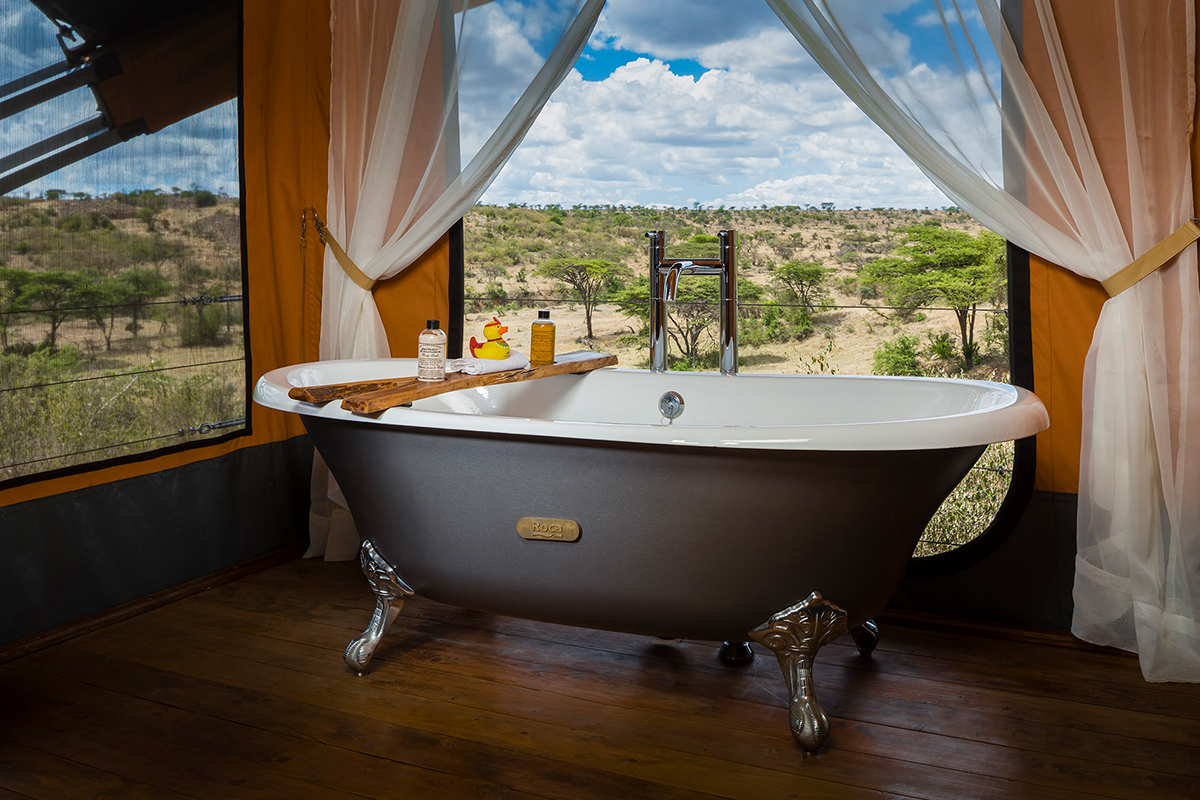 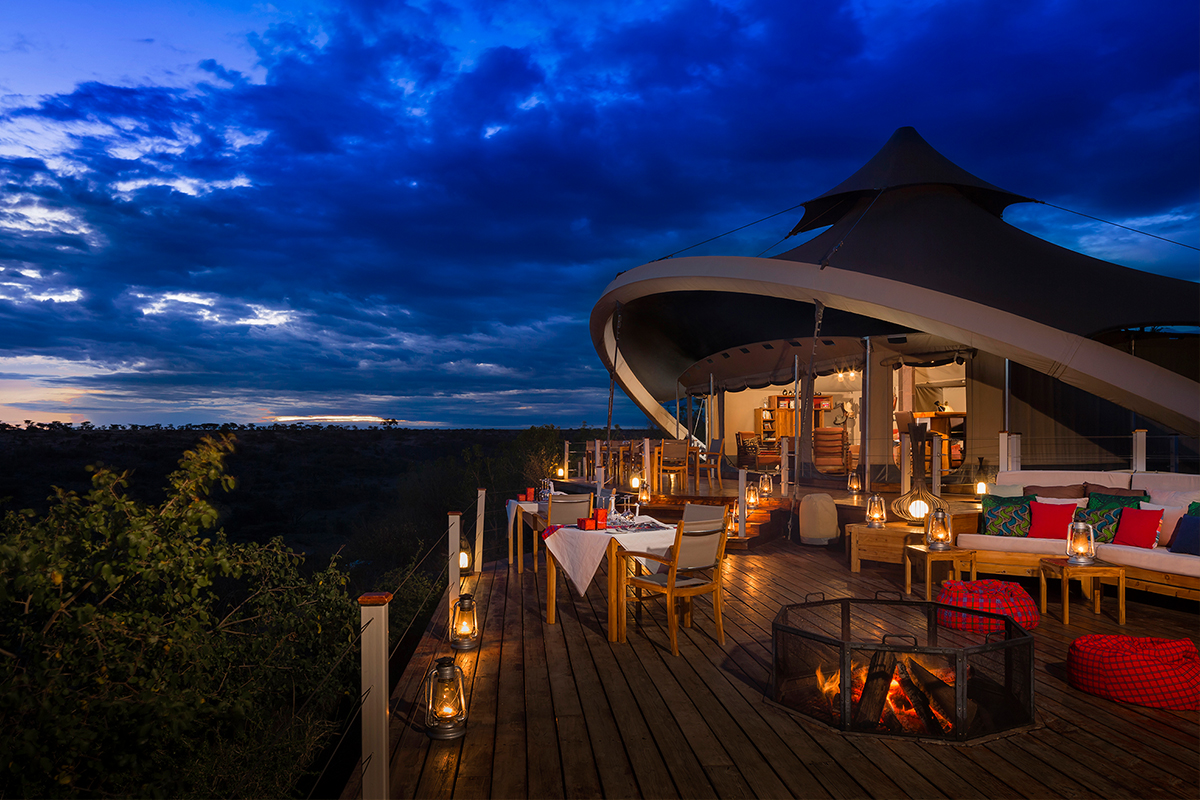 “We look for issues that may not have enough support behind them and we shine a light on them,” Hunt-Morr says. “The theme amongst them is working with incredible partners on the ground.

The innovation going into solving these problems, often with limited resources, is extraordinary.”

The trailblazing seven-day experience brings together thought leaders, field experts, entrepreneurs and changemakers who will contribute to attacking issues within the African continent.

“We look for issues that may not have enough support behind them and we shine a light on them,” – Katie Hunt-Morr

Through meeting with local groups, 18 big thinkers can brainstorm solutions and collaborate for successful outcomes.

“We work with each of our partner organisations to really look at their goals and the work they’re trying to accomplish so the group can tuck into specific projects,” Hunt-Morr says. “It’s not just about showcasing their work, which is brilliant, it’s about taking on a tangible project that this powerful group of people can accelerate in a meaningful way.”

But it’s not all black and white.

“A critical element is breaking down misconceptions often held about the continent and showcasing ingenuity and innovation,” Hunt-Morr says.

Getting to the root of the cause with a hands-on-approach is one of the things setting Virgin Unite apart from other philanthropic ventures. 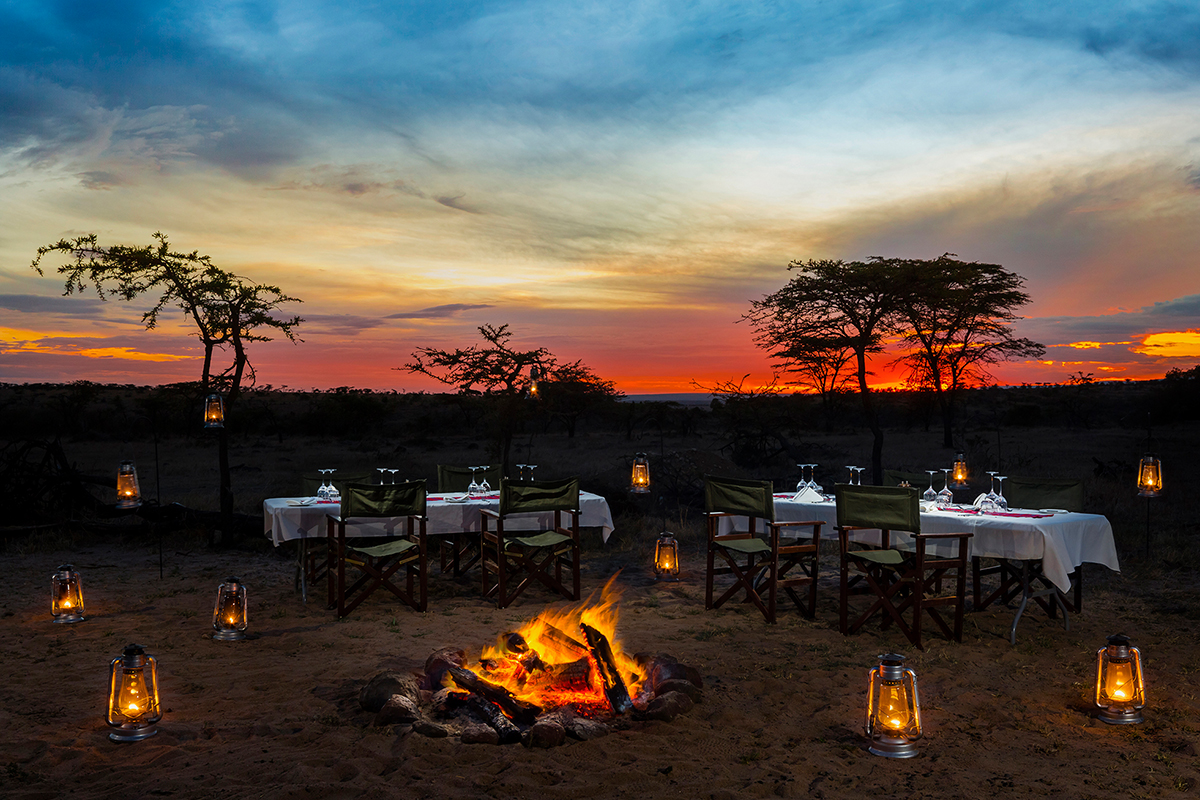 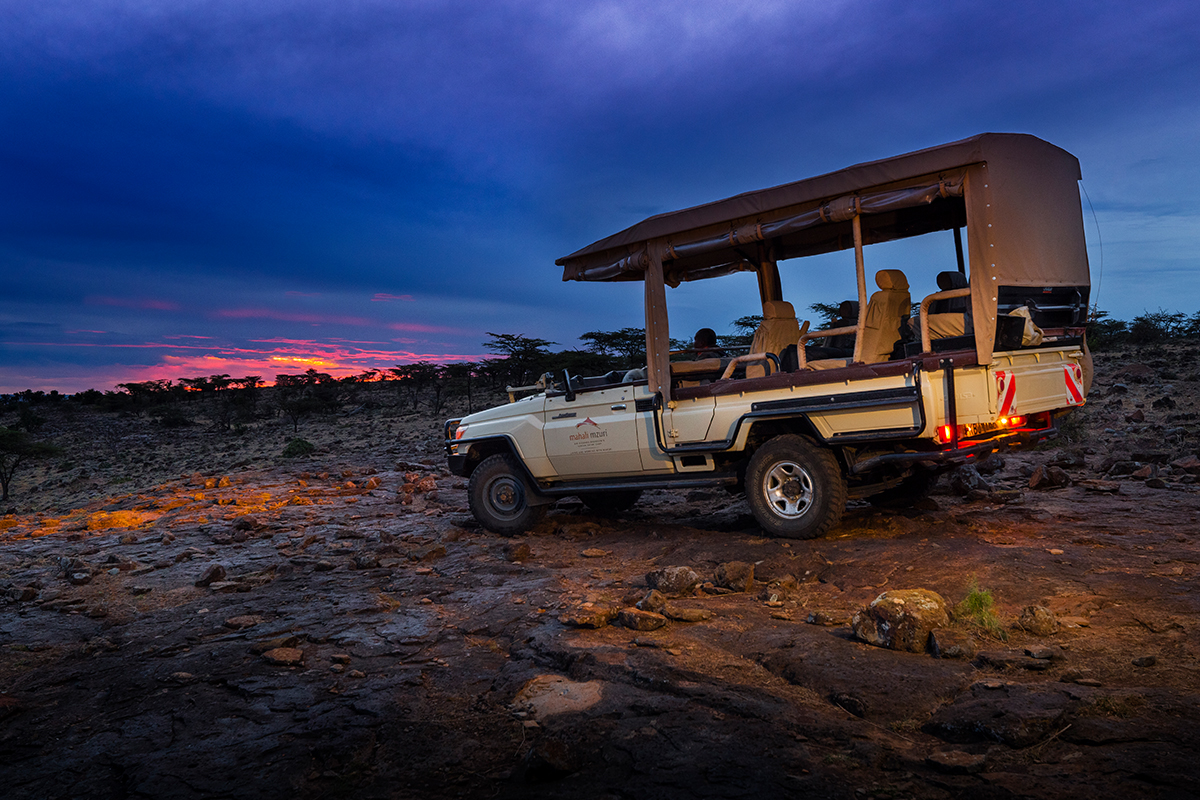 “If we bring supporters into the problem-solving aspect of working with partner organisations then it’s about more than cheque writing,” Hunt-Morr says. “It becomes a much richer experience and the work itself is accelerated because of the diverse backgrounds and diverse resources people are bringing in.”

Sleeping under the stars

Establishing connections and launching collaborations may be the primary focus of the Kenya Connection Trip, but delving into the culture is a splendid, unforgettable byproduct.

The intimate group, will spend four nights in Nairobi visiting the project sites of the involved organisations.

“Words just can’t do justice to the majesty of this awe-inspiring spectacle,” – Sir Richard Branson

Next, guests will travel west to be treated to three nights at Mahali Mzuri – Sir Richard Branson’s own luxury tented camp.

“Words just can’t do justice to the majesty of this awe-inspiring spectacle,” Branson says.

Deep in the private Olare Motorogi Conservancy lies the opulent 12-tented safari camp boasting ensuites and private decks giving guests a front row seat to the annual migration of some of the most breathtakingly majestic creatures on Earth.

Mahali Mzuri, meaning “beautiful place” in Swahili, will not only offer a rejuvenating affair, but twice-daily game drives will host the opportunity to see lions, wildebeest, elephants, zebras and giraffes in close proximity.

“The best way of learning anything is by doing,” Branson says.

The Kenya Connection Trip will run from 29 October to 5 November 2019. Participation cost is all inclusive.

Contact the Virgin Unite team at [email protected] for more information on joining this once-in-a-lifetime experience.