She’s been called the greatest tennis player of all time but Serena Williams isn’t just a sports powerhouse, she’s also a gamechanger for business and equality too. Serena Williams has been blazing trails for more than two decades. When it comes to tennis, she’s described as the greatest player of all time, an accolade backed up by her impressive trophy collection: so far, she’s won 39 Grand Slam titles, including 23 singles – a record for the Open era – plus four Olympic gold medals.

And Serena, who long ago ascended into the pantheon of stars known by a single name, is fast becoming a vanguard of business too. The first-ever female athlete to be included in the Forbes annual list of the America’s Richest Self-Made Women, she’s worth a reported US$225 million (A$370 million), less than half of which comes from her prize winnings.

Since their debut as professional tennis players in the mid 1990s, Serena and her sister Venus have changed the way the game is played by pushing the limits of their physical prowess and mental acumen, unconstrained by the artificial limits of gender previously imposed on women. Serena is the physical embodiment of being the change she wants to see in the world and it shows in her business ventures as much as on the court.

“I was told so many times that I wasn’t going to be a good tennis player but look at me now,” she says. “Sometimes, when people tell me ‘no,’ I almost like it because it gets me fired up and ready to say, ‘Yes, I can do this.’” 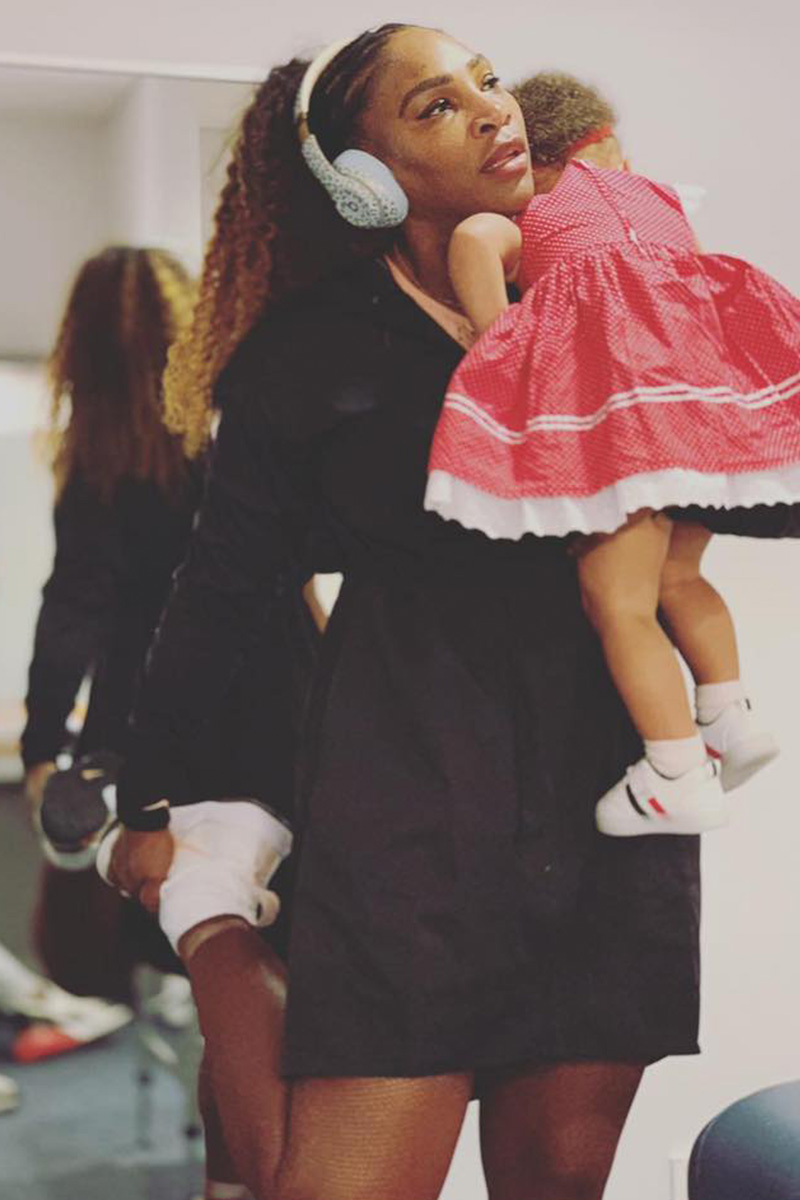 At last count, Serena has invested in over 34 different startups and last year she formally launched Serena Ventures, her own venture capital company. In an interview with Forbes, she explained the idea behind it. “I want to be in the infrastructure. I want to be the brand, instead of just being the face,” she said.

The business, founded in 2014, has made a unique commitment to invest in companies that “embrace diverse leadership” and so far, 60% of its investments have gone to female and minority founders. Compare that to the 2.7% of total venture capital investments given to startups founded by women in the US last year and you can see the kind of impact it’s set to make.

“Sometimes, when people tell me ‘no,’ I almost like it because it gets me fired up and ready to say, ‘Yes, I can do this.’” – Serena Williams

“When you think of Silicon Valley, you think of a lot of investments, you think it’s so exclusive, like ‘I can’t invest ’cause I don’t know and there’s no way in,’” she told CNBC. “But we want to make a way where it has more inclusivity and more impact.”
Serena is acutely aware that she can use her fame positively and her investment in Billie, which makes razors with a mission to eliminate the ‘pink tax’, attests to that. “Using her platform to talk about our mission was the biggest support we’ve had besides her capital,” says Billie Co-Founder Georgina Gooley.

Today, Billie’s growth is so impressive that Procter & Gamble plans to acquire it, while other top performing investments for Serena include Daily Harvest, The Wing and Masterclass.

“Everything that I’ve been doing in my life and tennis, I can relate to entrepreneurship,” she told The Business of Fashion. “Everyone can win when people are supporting them or giving them money and backing their careers. Of course they’re going to win. But if something happens and you fall, how do you recover? How do you change the narrative? How do you be true to yourself and be authentic? For me, it’s the same for the greatest entrepreneurs.”

Last year, Serena launched her own startup, the clothing line S by Serena, for which she is CEO. The idea for it, she says, came to her suddenly. “It hit me like a ton of bricks. I was like, ‘All this time I have been doing different things and meeting different people, but I’d never actually invested in me.’”

“Everyone can win when people are supporting them or giving them money and backing their careers. Of course they’re going to win.” – Serena Williams

Serena, who studied fashion from 2000 to 2003 “somewhere in between winning Wimbledon and several US Opens”, had an apparel line called Aneres, her name spelled backwards. And, like many entrepreneurs, her journey started with a failure.

“Everyone that goes to fashion school wants to do eveningwear,” she reflects. “I stuck with that for years and years and I loved it. But we never actually sold anything.

“Eventually, I got realistic. I can’t do eveningwear, so let me think of different things that I can do.”

Although Serena’s contract with Nike prevents her from selling activewear, which would seem a natural fit for her brand, she viewed it as an opportunity rather than a hurdle. Instead, S by Serena focuses on accessibly priced basics available in a wide range of sizes. 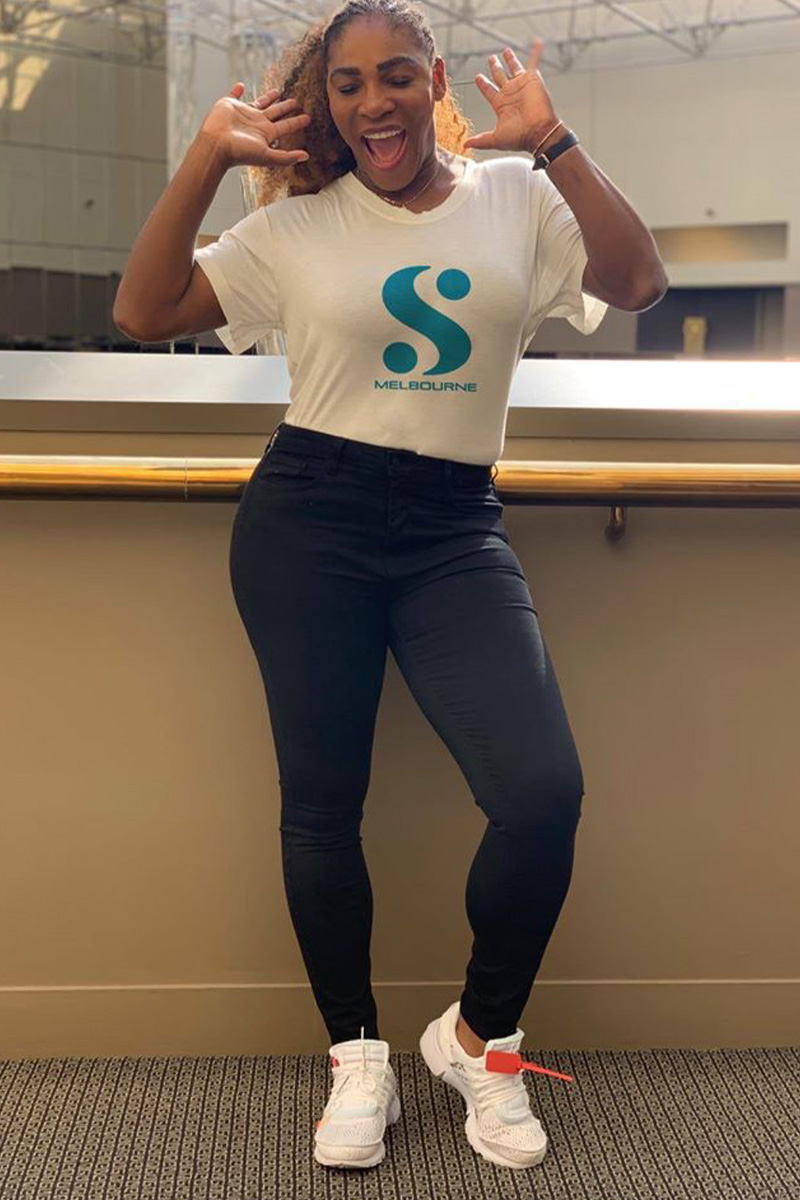 While Serena declines to disclose business performance, when Meghan Markle wore an S by Serena blazer during the royal tour of Australia in 2018, the company said it quickly sold out.
Serena’s personal brand is entwined with clothing and she’s often made a statement via fashion on the court, wearing tutus, denim miniskirts, statement jewellery and, of course, that catsuit. “This is where a lot of people see me and I’m a super creative,” she says. “It’s like, ‘How do I express who I am?’ I like to stand out.”

Despite her different business ventures and now being a wife (to Reddit Co-Founder Alexis Ohanian) and mother (to two-year-old Alexis Olympia Ohanian Jr) Serena will continue playing tennis, although now she’ll focus on Grand Slams.

It’s good news for all of us. Although the sport hasn’t always been kind to her, she’s revolutionised it for women in a way that’s had a big impact on those outside it too.

When Serena was 36 years old and two months pregnant with her daughter Olympia, she won the Australian Open. Instead of retiring with a bang, she returned to play eight months after giving birth and sparked a conversation about how women are seeded following maternity leave. When she’d departed to have her baby, Serena was number one but according to the Women’s Tennis Association, which governs player rankings, she came back to the game ranked number 451.

“It would be nice to recognise that women shouldn’t be treated differently because they take time to bring life into this world,” she said at the time. And, although she’s not the first player to return after giving birth, it wasn’t until she did that the US Open pledged to incorporate maternity decisions into its seeding process.

Serena saw the rules weren’t going to work for her, so she changed them for other women going forward. That foresight and willingness to act is the key to success for all leaders.

“I’m in no rush to get out of this sport,” she says. But in her diversification, she’s laid the foundation to keep playing the business game her whole life. “I want to create a brand that has longevity, kind of like my career,” she says of Serena Ventures. “It’s not fancy, it’s not trendy; it’s a staple, like my tennis game.”