With unique insights and proven strategies for implementing purpose-driven principles, Marie Ringler, Ashoka Europe Director, explains how everyone can benefit from conversations with changemakers. 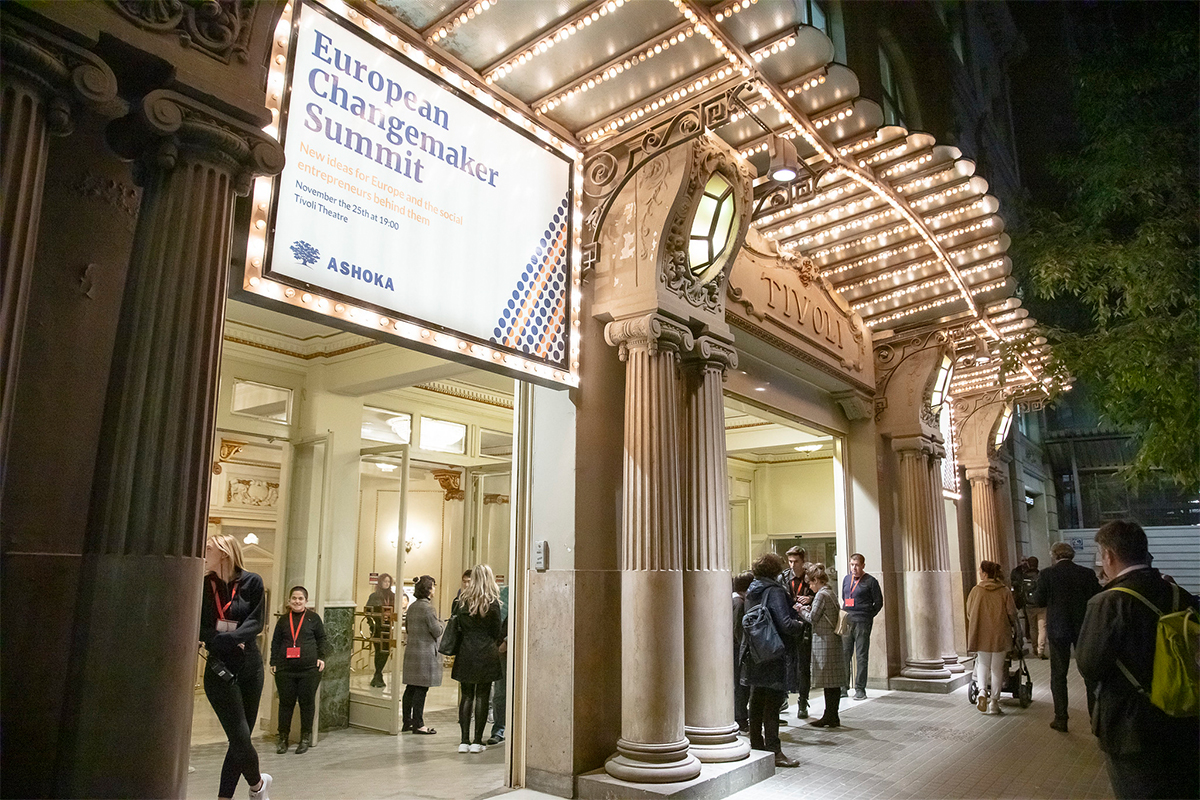 The business landscape for CEOs, entrepreneurs and the consumers they serve is changing as social and environmental impact and ethics become ever more important.

Understanding how your company can embrace purpose-driven principles and find business success can be daunting. But Ashoka, an organisation which brings together and supports the world’s leading social entrepreneurs, hopes the Ashoka Changemaker Summit (29 and 30 November) in Brussels will create those required connections and inspire and facilitate system shifts in the fields of gender, technology, health, equity, environment and climate.

“The Changemaker Summit is really designed to bring people together in encounters and to ensure they can not only get to know each other but also identify overlaps of joint interests and collaborate for the future,” Marie Ringler, Ashoka Europe Director, explains. “An amazing group of leading social entrepreneurs, young changemakers, visionary partners and leaders in the space are coming together to co-create for the future. With everything that’s happening in the world, we’re all feeling that we can’t continue with business as usual.”

Less about watching big names lecture and more about personal conversations, the Ashoka Changemaker Summit this year takes the theme of ‘Decisions’ at its heart. And in the current world climate it certainly reflects the tipping point many are currently finding themselves in when it comes to building their future.

“Our network is made up of the most diverse group of people who are solving some of the most pressing problems in this world – there’s so much to learn.” – Marie Ringler

“Every moment of our day we make decisions,” Ringler adds. “And the question of how we orient them around our values and what’s important to us individually but also for the greater good, is really at the centre of what we want to discuss. It’s really the social innovators, the pioneering thinkers of this world, that are helping us see a world where we’re all living well, we’re all safe, we all have peace.”

The Ashoka Changemaker Summit runs alongside several days of conference as part of the Impact Week. Co-organised by three communities (Impact Finance Belgium, Ashoka and EVPA), the Impact Week will bring organisations practicing venture philanthropy and social investment together with business leaders and social entrepreneurs from all around Europe to Brussels from 28 November to 2 December.

The Ashoka Changemaker Summit is a great starting point for any leader seeking to generate social impact whether they come from the private or social sector. “It’s going to be a unique opportunity for those that maybe aren’t very familiar with the world of citizens sector organisations or social innovation, to just to immerse themselves – if there’s one thing that I can promise it’s that they will leave feeling inspired optimistic and ready to act,” Ringler says.

Optimism and hope is palpable at Ashoka events as part of its commitment to identifying and supporting the world’s leading social entrepreneurs. At its heart, Ashoka learns from the patterns in their innovations and helps bring these to their global community so others can embrace successful frameworks and become changemakers themselves.

Approaching with an open mind and a willingness to listen could be transformative for attendees and Ashoka has many ways to support those who wish to put into practice concepts they learn about over the two days. Although Ashoka has been around for four decades, Ringler has noticed a shift in world outlook towards impact business. 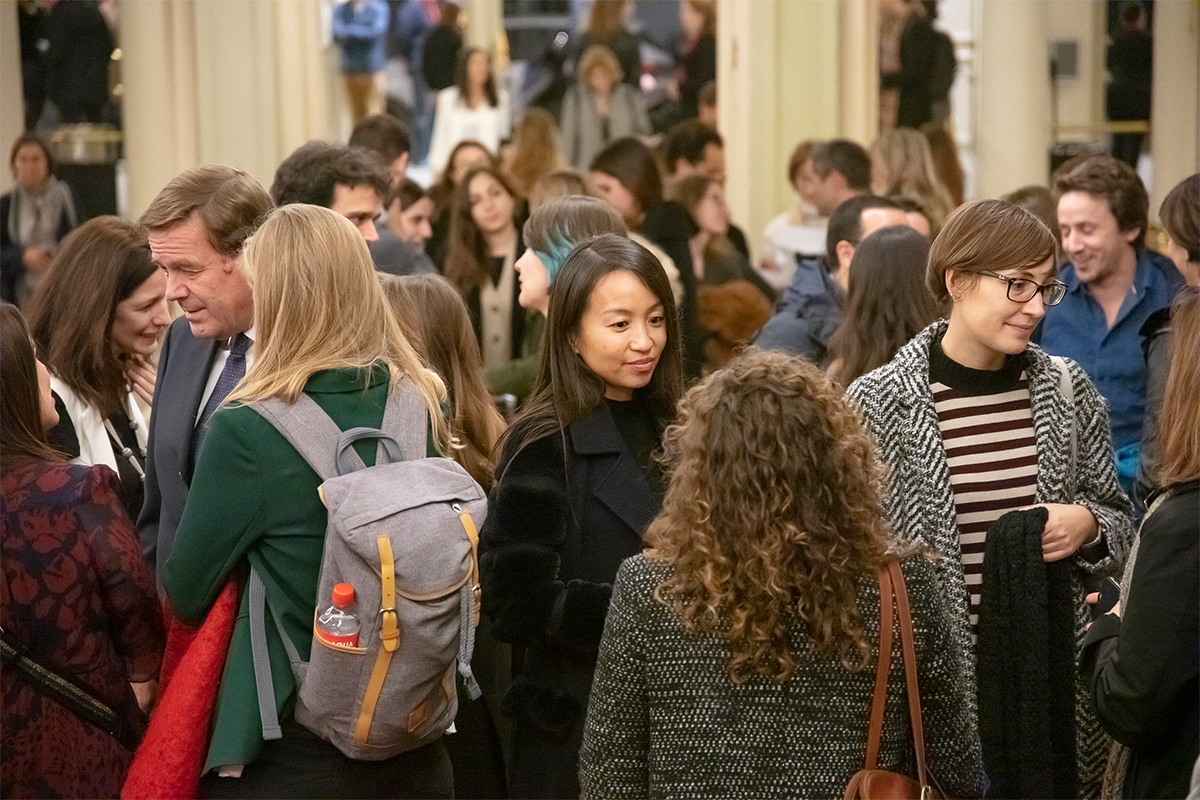 “The question of who answers the complexity of the challenges we face is much more at the forefront of everyone’s thinking,” she says. “From the CEOs that we work with, who are part of a network of multimillion dollar companies to the very local grassroots citizen sector organisations who are doing really important stuff. Bringing those worlds together is really at the core of what we do every day and at the core of what this event will look like.”

The serendipitous nature of conversations certainly lends itself to the building of new ideas and ways of working in the months after. And Ringler says it is important larger corporations acknowledge the specialist skills many social entrepreneurs have.

“Our network is made up of the most diverse group of people who are solving some of the most pressing problems in this world – from poverty to women’s rights, saving the Amazon rainforest to changing the way we do politics,” she says.

“The beauty is that they all have very unique strategies to solve these problems, there’s so much to learn from immersing yourself in their work and understanding what they do and how they do it. And also from taking the example and asking: ‘How is this relevant for me, my daily life and the work that I do? What do these people know uniquely about how humans tick?’ Because one of the huge strengths of social entrepreneurs around the world is they understand any technology that we invent or any law that we put in place won’t change anything unless we also change the behaviours and the mindsets behind it.”

Social entrepreneurs have mastered changing mindsets for the good of all, often Ringler believes, by instilling empathy, deep listening and looking at what everyone is bringing to the table.

“There is a quality to having conversations with social innovators and people who really want to change the world that is beyond nourishing, because it typically moves people’s thinking to a next level about who they are, their path, who they want to be, and what they can give and contribute,” Ringler adds. “Immersing yourself in something you don’t know about takes courage – but is always rewarding.”

To find out more about the Ashoka Changemaker Summit or to book a ticket, go to https://acms.ashoka.org/summit-2022