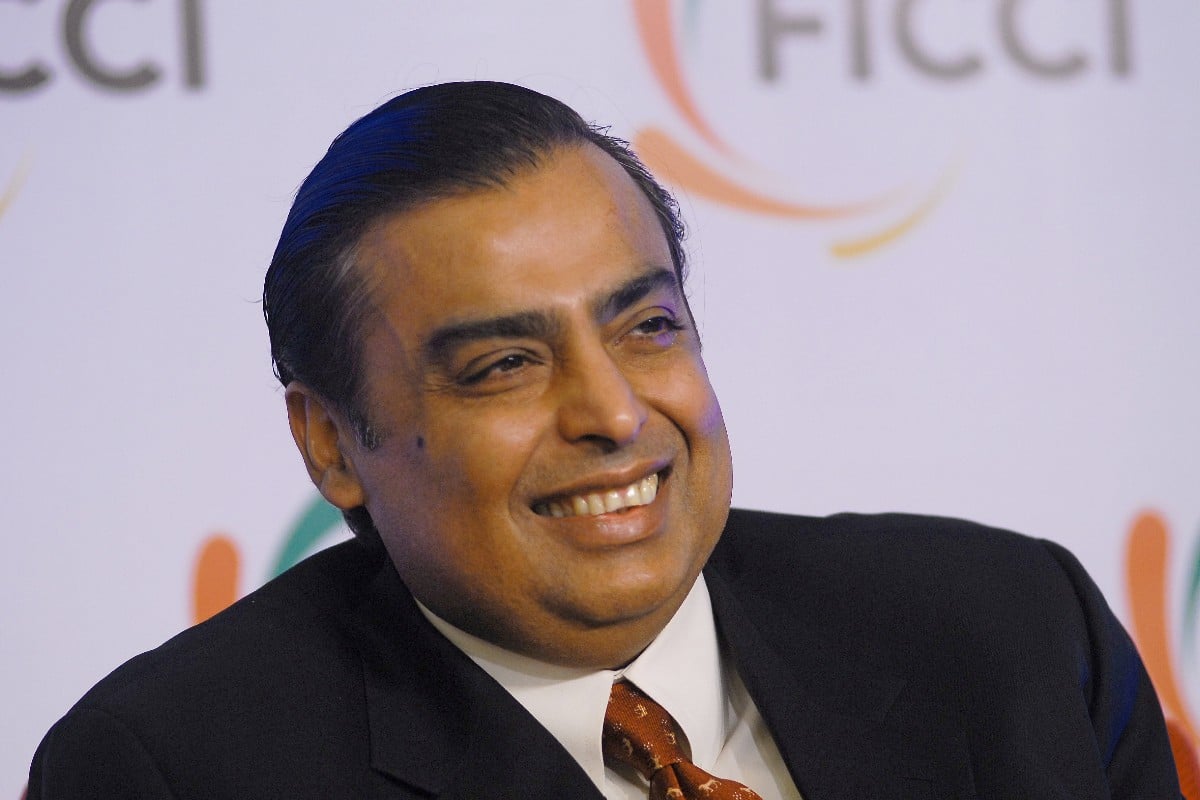 He may have dropped out of Stanford University, but that didn’t stop Mukesh Ambani becoming the richest person in Asia, placing him among the wealthiest billionaires of the world.

The Indian magnate is the Chair and Managing Director of Reliance Industries – a multinational conglomerate involved in energy, petrochemicals, retail, natural resources, textiles and telecommunications.

Currently ranked the fifth richest person in the world by Forbes with US$83.6 billion to his name, Ambani has more than doubled his wealth in the past decade.

“Even more important is to pursue excellence – aim at being the best.” – Mukesh Ambani

As the largest shareholder of Reliance Industries, the businessman is four times wealthier than the second richest person in India – Shiv Nadar.

But his incredible fortune hasn’t been without its challenges.

From humble beginnings, Ambani’s father Dhirubhai Ambani started a small textile manufacturing company in 1966 – the seedling of what would eventually become Reliance Industries.

To help his father with the growing business, Ambani dropped out of his Stanford MBA in 1980, and rapid expansion saw Dhirubhai treat his son more like a business partner.

Following the founder’s death in 2002, the company was split in two (for Ambani and his brother Anil) as Dhirubhai had not written a will for the distribution of his empire. However, it was not a smooth transition, instead filled with feuds and legal battles. The siblings finally split their late father’s enterprise in 2005.

For almost two decades, Ambani has steered the once small business – Reliance Industries – to become a national powerhouse.

Success has no limits

Announcing India’s biggest gas discovery in 2002 in almost 30 years, launching the Reliance Fresh franchise (a subsidiary of Reliance Industries) – which in the space of two years had close to 600 stores across the nation – and partnering with BP in the oil and gas business are among some of the company’s successes.

“I can easily say the mobile networks in India now are better or at par with anybody else in the world – that’s the big change,” Ambani said at the Future Decoded CEO Summit in Mumbai.

With an annual revenue of US$92 billion (for 2020), it solidifies Reliance Industries’ venture to becoming India’s most valuable company.

Value your people, not your bottom line

“If in your leadership style, what you demonstrate (is) that if you have empathy, if you rely on partnerships and build trust and relationships, and if you think about every mistake as a learning opportunity, and if you believe that it’s not products or profit but really people and their continuous reinvention of capability, that’s the strength of the organisation,” Ambani explained.

Upon accepting an NDTV award honouring the 25 Greatest Global Living Legends in 2013, Ambani dedicated the accolade to his late father.

“He started Reliance with 1000 rupees and proved that an ordinary Indian can create a world-class enterprise in his lifetime,” the executive said.

During his acceptance speech in 2013 at NDTV’s 25 Greatest Global Living Legends, Ambani shared some words of wisdom for younger generations – the future leaders of the world.

“To the youth, dream big,” he said. “Align your passion and purpose in life with a goal.