Cycling for a cause: Chain Reaction is raising money for sick children

Billed as the ultimate corporate bike challenge, the annual Chain Reaction rides see business leaders and executives tackle demanding rides of up to 1000 kilometres (621 miles) to raise money for seriously ill children. Founder Berrick Wilson spoke to The CEO Magazine about the event. 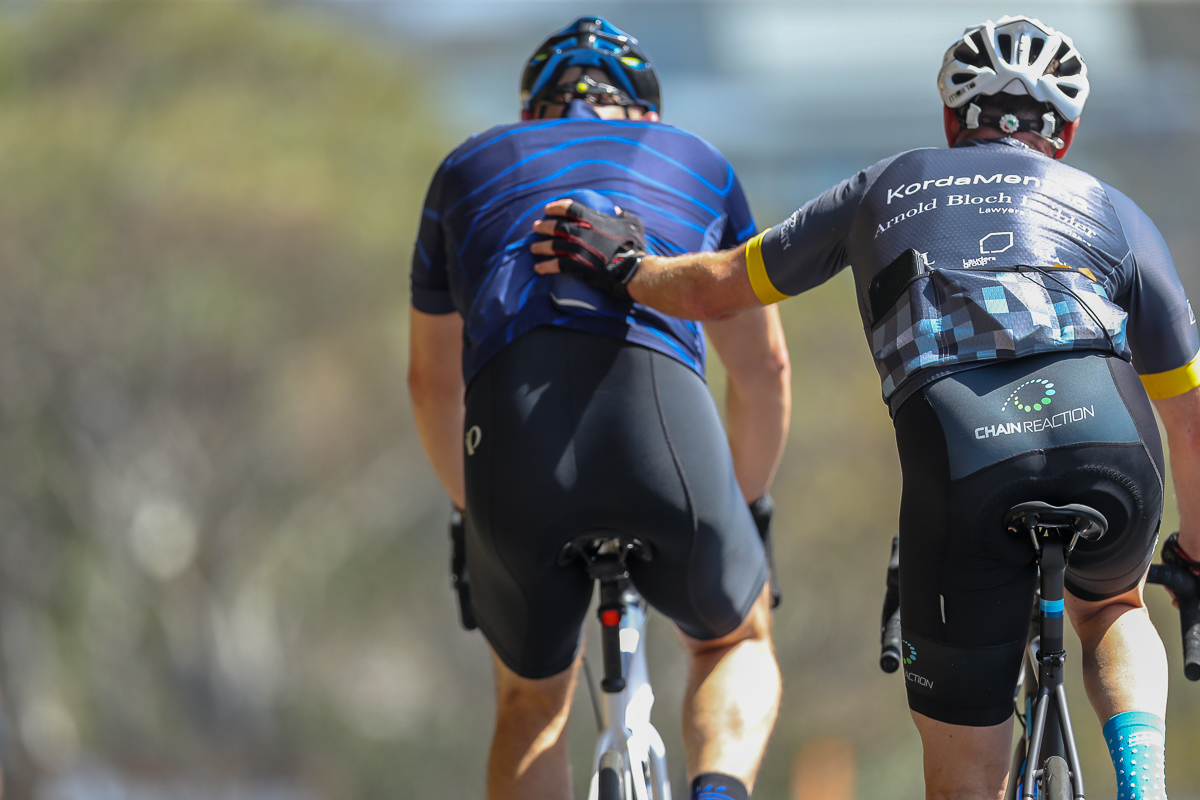 Now spanning four long-distance cycling events (New South Wales, Victoria, Queensland, and the Sunshine Coast Women’s 300), the Chain Reaction rides have a very personal connection for Wilson. “The first one was really me and a couple of mates looking to try to make a difference and to thank those who had been involved in saving my daughter’s life when she was born,” he says.

His daughter, Milla, suffered a brain haemorrhage when she was just two days old. Over a period of weeks at Monash Medical Centre’s Newborn Intensive Care Unit, she was able to recover but the terrifying brush with mortality was a formative one for Wilson.

Also the Managing Director at KordaMentha Real Estate, he was inspired to do something to help out and drew on his connections to organise the first ride proper, which involved 32 cyclists, many executives from the legal, property and finance sectors. The group traced a gruelling path from Adelaide to Melbourne. “At the time, it was the longest ride I’d ever done,” Wilson recalls. “It was certainly very challenging but incredibly rewarding too.”

With a glorious morning sun at their backs #crqld left Bright and early this morning to reach the 5th of #7peaksin7days, Mt Buffalo. #supportingkidsinneed @aeioufoundation @rmhcseq

That ride raised more than A$400,000 for charities helping sick children. Tough as it was, it also inspired many of its participants to commit to the next year’s instalment. Since then, annual rides have taken place in Tasmania, the Mornington Peninsula, Far North Queensland and New Zealand. Collectively, the rides have raised an incredible A$27 million for its charity partners, including Ronald McDonald House, Very Special Kids and Aeiou Foundation.

While the rides traverse some of the most beautiful countryside in Australia, they are highly demanding and require months of thorough physical preparation as well as a high level of mental resolve. “It’s meant to take people out of their comfort zone, expose their vulnerabilities and force them to dig deep and rely on others to succeed as a group,” Wilson says. “The riders get tested and they grow as people and end up going back to their businesses much better prepared to tackle problems they may face.”

“At the time, it was the longest ride I’d ever done,” Wilson recalls. “It was certainly very challenging but incredibly rewarding too.”

The intensity of the experience and the emphasis it places on teamwork sees strong friendships and connections forged and Wilson says many of the cyclists remain close long after the finish line. “I’m a big believer that people like doing business with people they like. In Chain Reaction you get to know and like and trust people, who become friends for life and business benefits come naturally after.” Designed for specially selected individuals, often CEOS and executive leaders, the rides have never been mass participation events but offer incredible opportunities for networking and even team building.

Tonight we can proudly announce #crvic has reached their $1 million target for @veryspecialkids & @starlightau! Fantastic effort one and all and thank you to all sponsors and individuals who donated to these wonderful organisations. #supportingkidsinneed

The recently completed Victorian Ride collected more than A$1 million for the Starlight Children’s Foundation, a charity that grants wishes for critically and terminally ill children. One of the riders on the event also shared his direct experience with childhood illness with the group, relating how his son required brain surgery for a cyst just two months prior. The youngster even joined the ride for a time as part of the support crew, running bottles of water and carbohydrate shots for the cyclists.

Helping children suffering from illness in such a tangible way is at the heart of the Chain Reaction cycling events, though Wilson says it is a multifaceted endeavour and ties in with his ideas on business leadership and corporate social responsibility. “We are fortunate to be in positions of influence and what we do with that can really help shape our community,” he says.

“It’s a complete win win because you build strong relationships, the people who take part from your business are healthy and happy, and, in the end, all the benefits go to charity as well”.