Daniel Bull holds multiple world records from swimming in the world’s highest altitude lake to being the youngest person in the world to conquer the Seven Summits and the Volcanic Seven Summits. Today, he explains the right mindset you need to accomplish your most ambitious goals. 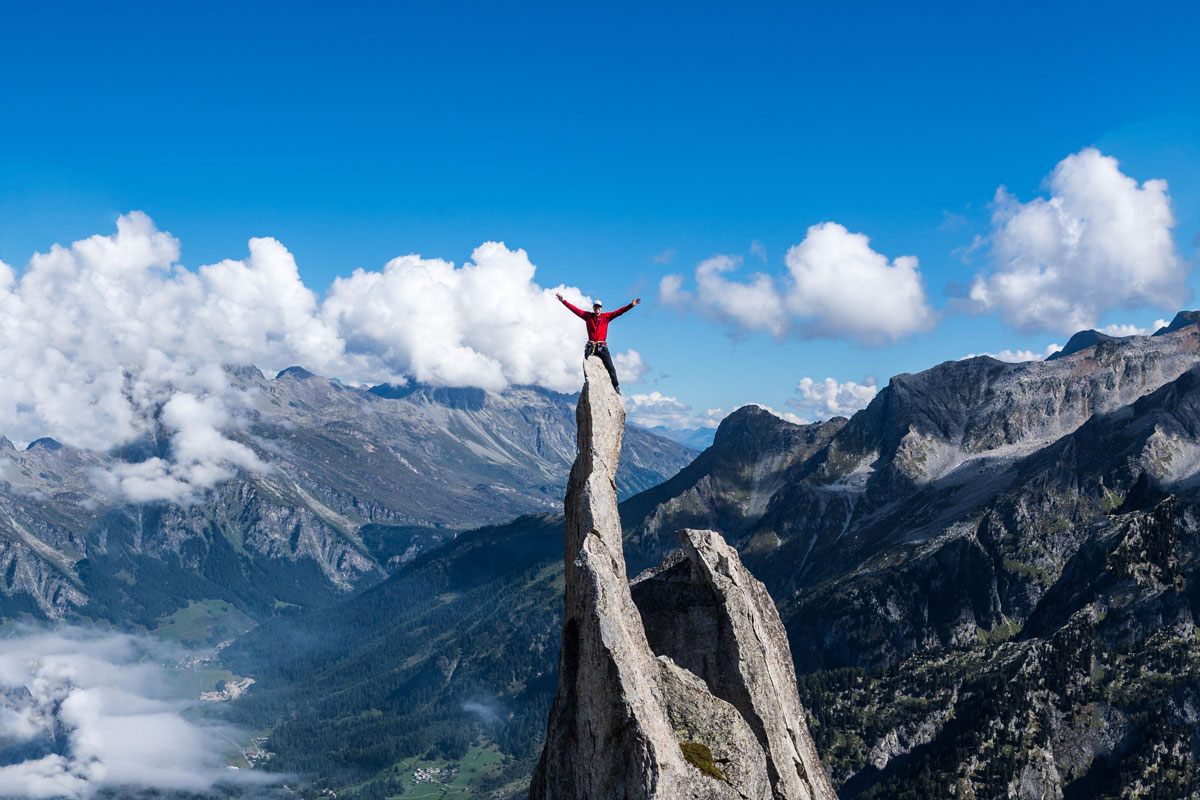 Daniel Bull has almost died twice. His first encounter came from abseiling down a frozen rope in the Himalayan mountains where he lost grip and plummeted 50 metres headfirst before managing to catch the ice with his spiked boots.

The second time was a more pleasantly ominous experience. Reaching the summit of Everest, Bull sat exhausted against the snow for half an hour to rest and comprehend his achievement. A few metres away he was comforted by the sight of a figure doing the same thing – until he realised the figure had been sitting there for years. It stunned Bull to his feet and, until this day, he credits that frozen stranger for saving his life.

At 39 years old, Bull holds the title as the Australian three-time world record breaking extreme adventurer. Conquering such feats demands an almost inhumane level of mental and physical perseverance alongside the ability to adapt to any situation in order to survive.

In the civilian world, problems aren’t so much life or death as they are self-imposed mental obstacles moulded by society’s expectations. Having taken a break from breaking records, we sat down with Bull to find out how business professionals can implement his unbreakable mental tenacity in order to conquer life’s greatest goals in business and personal success. Excuses make it easy to walk away from any challenge, as does claiming that those who succeed are simply more talented, luckier or just born with it. Not true, says Bull.

“I certainly wasn’t born resilient. I wasn’t a natural athlete nor academic; in fact, not much came naturally. I battled chronic childhood asthma and still suffer from Raynaud’s phenomenon; two physical ailments that definitely put me at a disadvantage in such extremities.”

“Luck? Absolutely not. Built? Most definitely.”

Bull says that building your mental resilience is like building a muscle in the gym through regular training and conditioning.

“Training your mind to reframe the way you see the obstacles you’re faced with, and constant attempts will help you build resilience. The more you fall, the easier it is to get back up again; if the actual fall doesn’t kill you, that is.

“Each time you recover from a fall and accept that it’s a necessary part of pursuing anything worthwhile, you will grow in confidence,” he adds.

Not even ageing should be a limitation and Bull references his 101-year-old grandmother as living proof.

“On her 99th birthday, she joined me for a hike up Mount Kosciuszko, the final challenge to achieving my first world record. She still lives in her own house and sets herself regular goals that didn’t exist 100 years ago.” 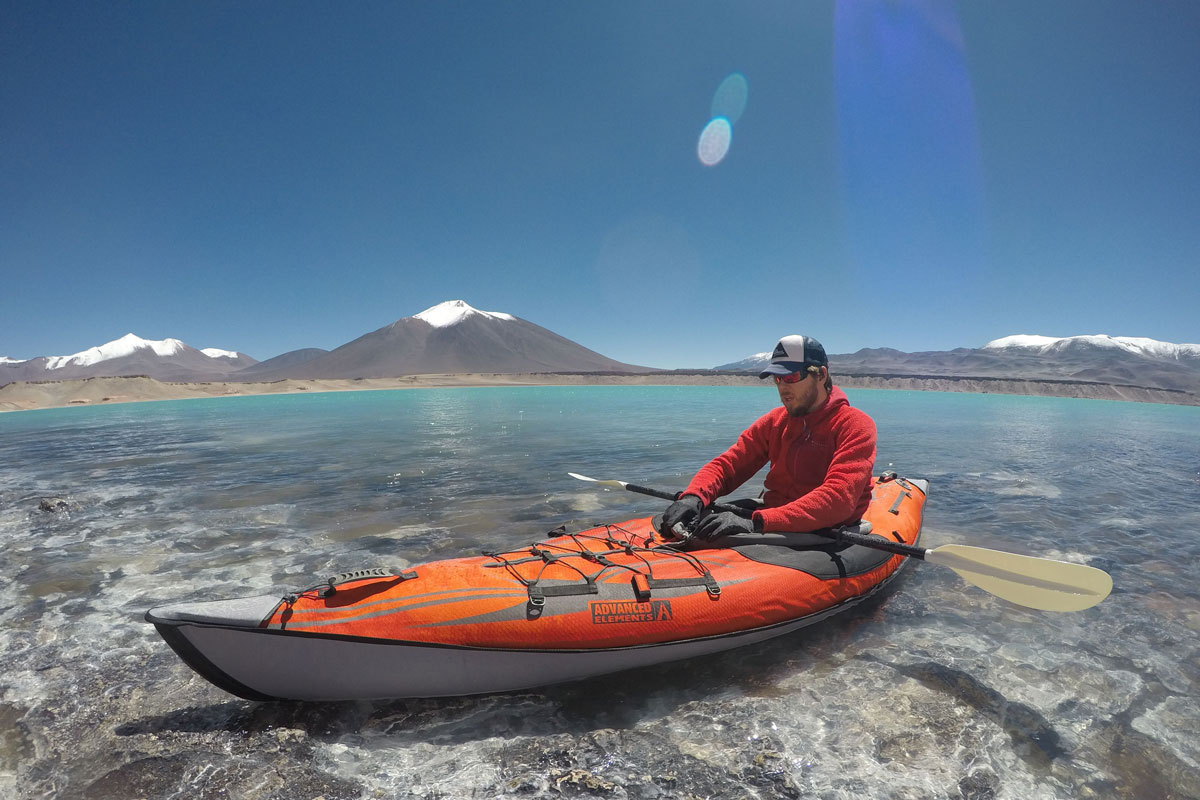 Join a post-work Friday drinks session and there’s bound to be one person wanting to quit their day job for a multitude of reasons. Plenty of workers aren’t happy doing what they do for a living. Bull knows this because he quit his own day job to climb mountains. In hindsight though, he says being happy doesn’t have to come down to a choice of job security or passion.

“The important thing to remember is that they can complement each other,” he says.

“I was lucky enough to pursue my office job and passion simultaneously at the start.”

Bull was preparing every chance he got. He was spending evenings, weekends, and even lunchbreaks training for his next big record. Lunch often had to be “inhaled” before he headed back to his desk.

“Then it came to a point where, ultimately, I asked myself, ‘When you’re looking back at your life in 20 years, what do you want those memories to look like?’”

Bull emphasises that a passion job also isn’t as easy as it sounds. All his feats achieved to date have been unsponsored, which means that he had to work as hard in the office as he did outside of it to make it sustainable. 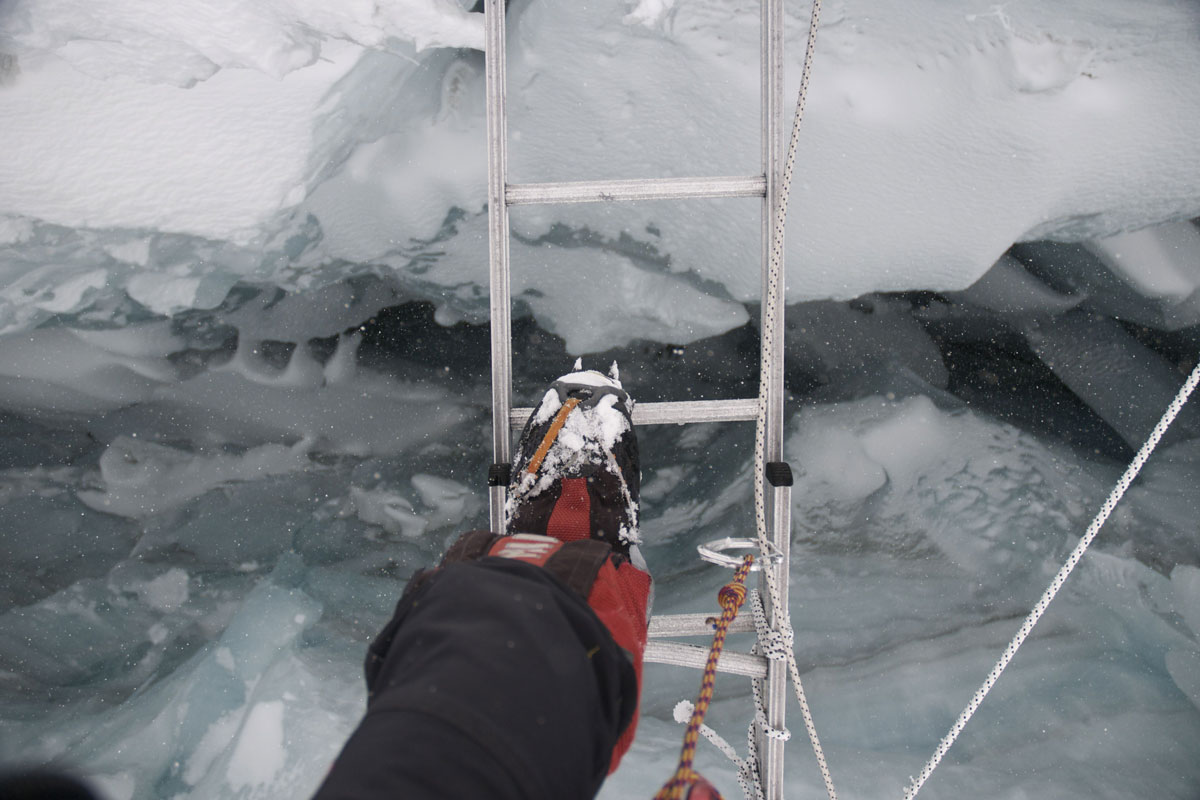 Anyone in business knows that risks are critical components of growth and success. When faced with unavoidable risks in work or life, Bull says that finding the simplest answer comes down to asking yourself how prepared you are for the actual challenge.

“There are many times that I’ve stood at the base of a mountain, stared up towards the summit and felt overwhelmed by the risks that lay ahead.

“But because I knew I had prepared myself both mentally and physically, I felt the risks were calculated and worth the possibility of reaching the top. Other times, I’ve felt the risks were just too great, so I turned back in order to be better prepared for the next time.”

According to Bull, this is how business professionals should also evaluate their challenges in order to maximise success without the influence of external noise.

“It’s also necessary to understand that the risks of inaction and the cost of a missed opportunity can be much more expensive,” he says.

Controlling your emotions to overcome challenges 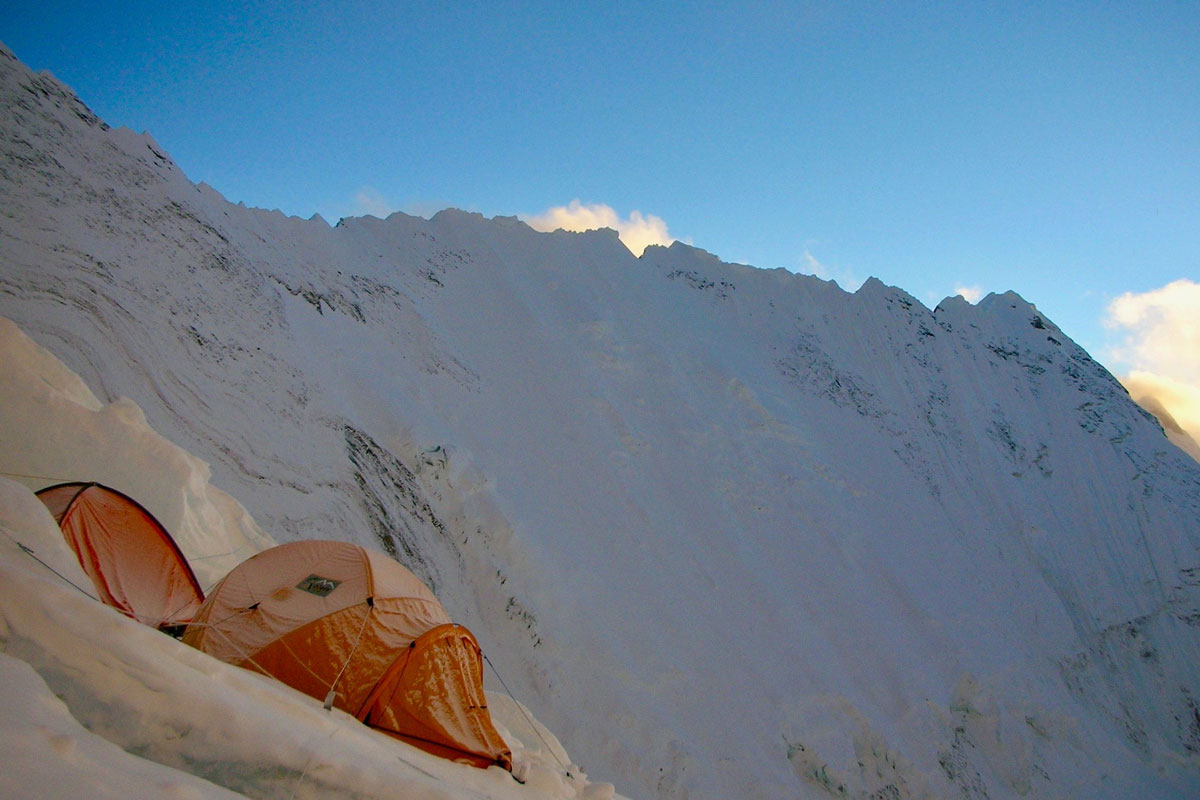 Let emotion dictate your actions at 8,000 metres above sea level and you likely won’t make it out alive to tell the story. In Bull’s world, whether it’s traversing shifting glaciers, dense jungles or remote deserts, there’s almost nothing in his control.

“These vastly different terrains are constantly in flux, making them extremely difficult to navigate and manage. The danger of undertaking these challenges is part of what makes it a powerful and enriching experience.”

How does he stay calm in order to make the right decisions?

“The first step is acceptance – both the lack of control and the associated emotion. Then, the next is allowing yourself the space and time to properly process them, before the realisation that we are in fact in control of how we choose to take the next step.” 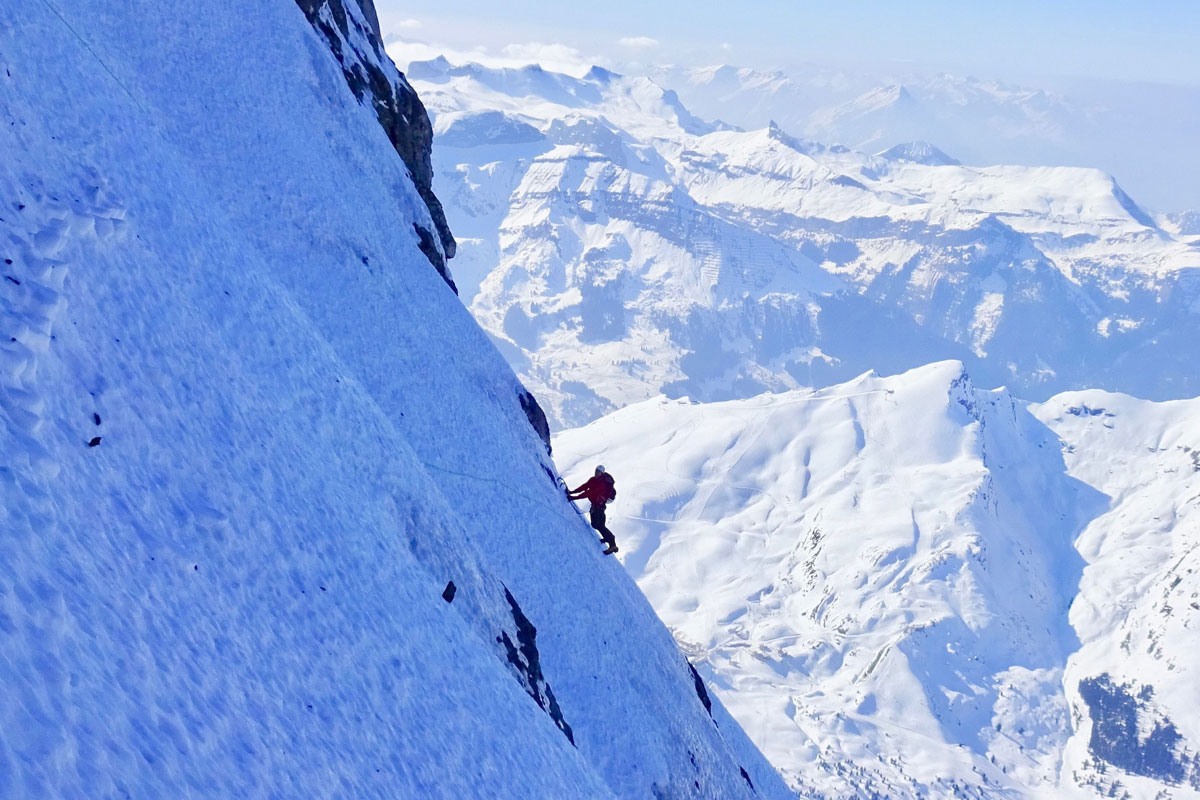 Bull isn’t immune to his own negative self-talk. He’s just learned to manage it more effectively.

“On every expedition, at some point throughout the journey, the thought of, ‘What on Earth am I doing here?’ creeps into my mind,” he says.

“The brain naturally gravitates toward negative thoughts. Crossing Antarctica in my attempt to make back-to-back ascents of both the highest mountain and the highest volcano on the frozen continent, I was often dealing with discomfort and uncertainty. I felt like giving up and questioned myself numerous times along the way.”

The key to overcoming self-doubt is to ask yourself the right questions.

“Why? What’s driving you? What’s your purpose?”

The results of these questions provides:

The right way to accept failure 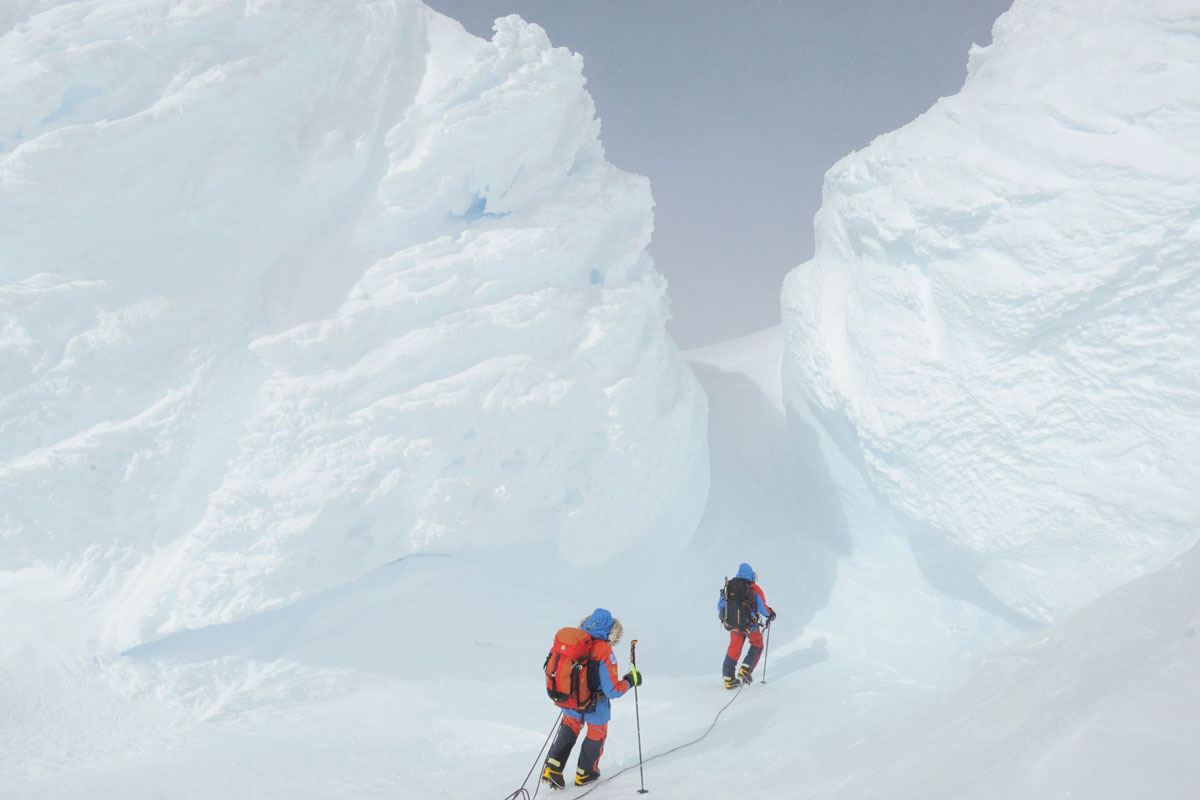 Everyone has failed at some point in their life. The key is to see failure as a matter of perspective rather than definition.

“It’s important to reframe failure as a stepping stone, maybe even a misstep; to see it as an opportunity to learn and evolve rather than an absolute state,” Bull says.

Earlier this year, Bull earned the record as the highest swimmer in history when he dipped into the highest lake in the world in South America. Earning a chance to swim in the icy lake took weeks of battling high altitude extremities before breaking through the ice that guarded it. This was not Bull’s first attempt and the expedition had been a few years in the making.

“On a previous attempt, I reached the lake to find it completely frozen,” he says.

“The expedition was over and I hadn’t even had the chance to swim. Given I’d spent months planning the expedition and weeks climbing up the mountain before I discovered my fate, I was devastated.

“On big expeditions, as in life, I think you need to have a mindset of expecting the unexpected.

“Accept that there will be surprises and setbacks. I knew I needed to alter my mindset in order to turn things around. What I realised is that I still had a lot to learn. I chose the wrong time of year to go, which increased the chances of finding the lake frozen. But I had found the lake and this was a necessary step and milestone in itself.

“Even if the lake was accessible for swimming that season, I may not have been ready to undertake the deadly swim. I suffered severe hypothermia, risked frostbite, shock on entering the water and having a heart attack.

“The added preparation and training after that first ‘failed’ attempt, was crucial to success the following year.”

Knowing when to persevere or quit 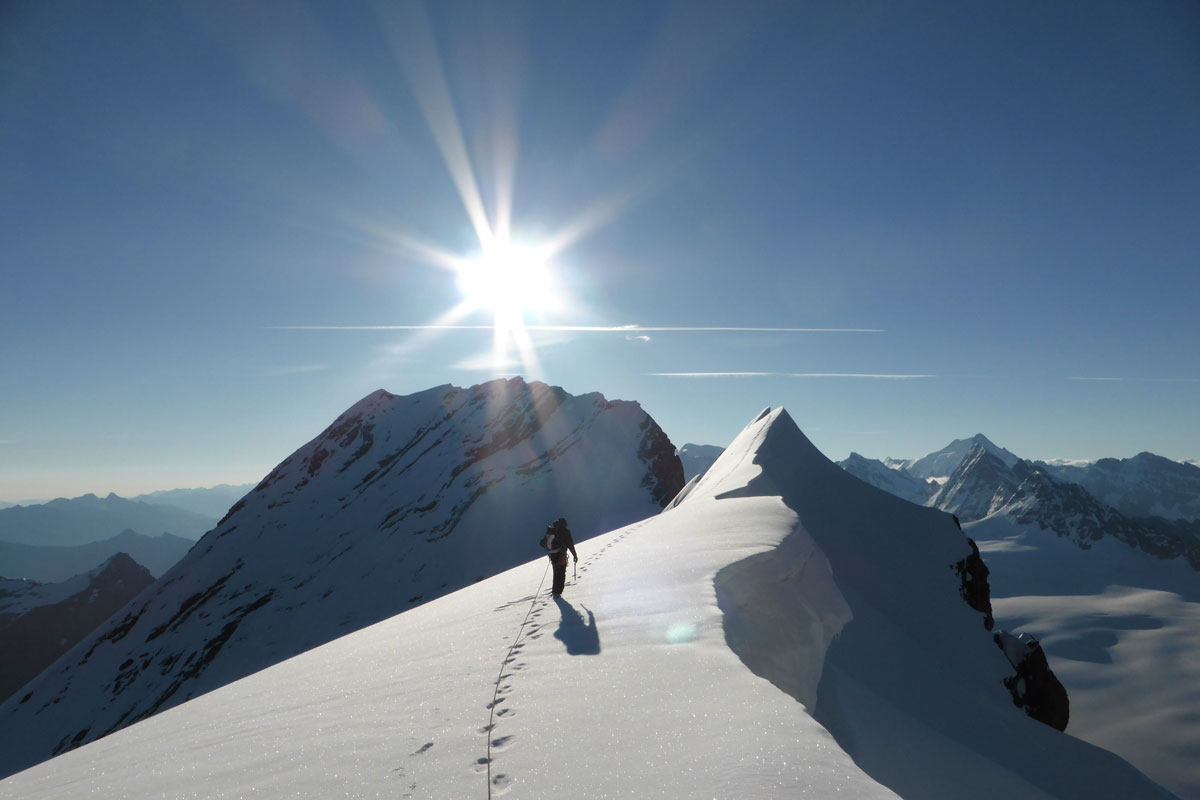 In society, there’s a fine line between ‘suck it up and keep pushing’ and ‘you’re going to burn out and hurt yourself’. Nowhere is this line more prevalent than at high altitude.

“On Mount Everest, you need to dig deep into both your physical and mental reserves, pushing through pain barriers and beyond your own perceived limits, especially on a first attempt. The day I summited Everest, a Swiss mountain guide also reached the top of the world but died on the descent, most likely from over exhaustion.

“Turning back, especially when the summit is seemingly within reach, is one of the most difficult decisions a high-altitude mountaineer will face.”

Bull says that having a plan, best-case and worst-case, and sticking to it can make life’s tough decisions more manageable, especially in the case of chasing business or career goals.

“Defeat is not final, but death (and maybe even burnout) is. Take breaks, celebrate your milestones (as though they are summits), reward yourself and enjoy the journey.” 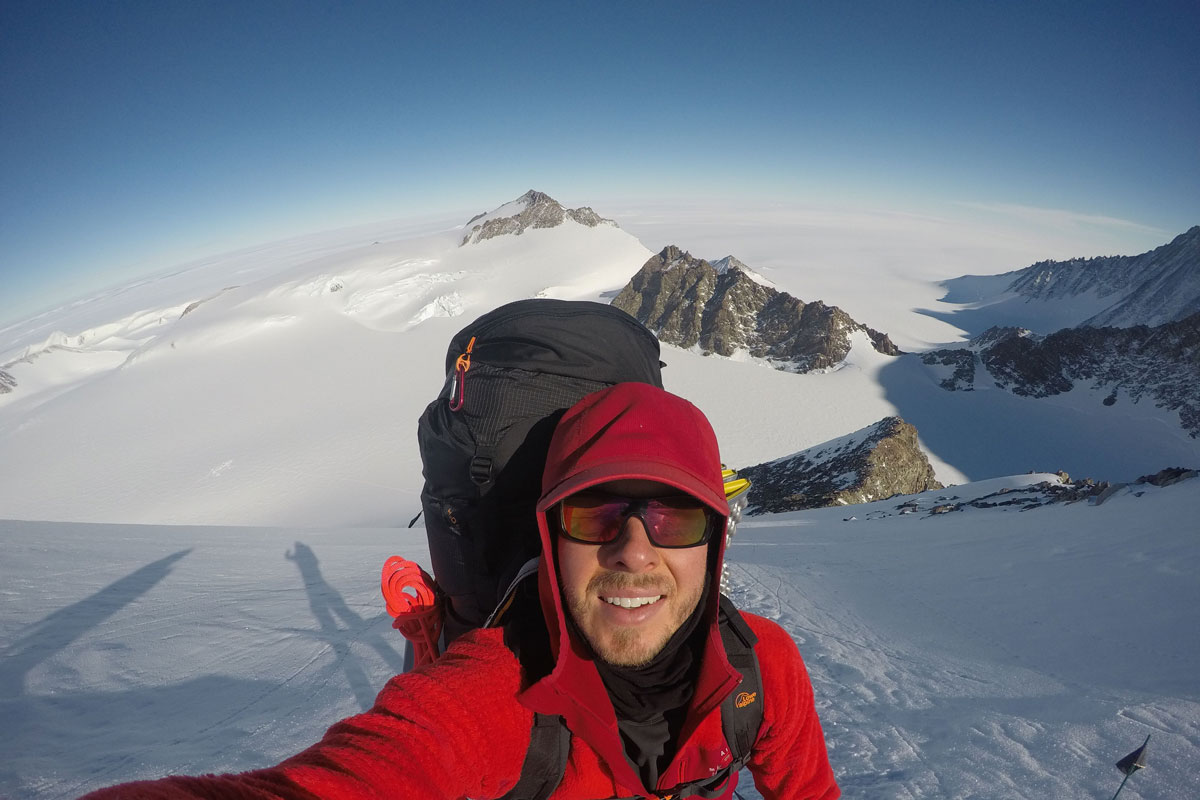 Bull’s own secret to a positive and more fulfilling life is simple: live your life like a quest.

“Research suggests that adventurous people, those who participate in something challenging to them (it doesn’t have to be risking their neck in the mountains), tend to have stronger feelings of joy and satisfaction in their lives, despite the activity itself being difficult,” he says.

“Embark on a quest, find a passion, something you’ve purposefully avoided, and commit to conquering it. Take deep breaths and small steps at first, until you find your stride, gradually building your momentum and your mental strength in the process.”

When he’s not scaling the heights of Earth, Daniel Bull is sharing his greatest stories as a motivational and keynote speaker to thousands across countless industries. Those keen on knowing how to motivate themselves and their teams to greater heights can get in touch with Daniel Bull now.

Read next: How businesses can bounce back from disaster