The intense grit of heavy metal music and the serenity of wellness rituals don’t often go hand in hand – unless you’re Saeju Jeong.

While he may be half of the founding brains behind multibillion-dollar health app, Noom, his foray into the lucrative industry stemmed from an entirely different career path.

At the age of 19, Jeong founded heavy metal music label BuyHard Productions, which imported the powerful genre into South Korea. However, it was his father’s death that led him into the health industry, where he ultimately co-founded the thriving diet platform with former Google software engineer Artem Petakov.

Driving the concept behind the tech company is Jeong’s determination to solve the world’s “sick care industry”, where illnesses are often treated rather than prevented by maintaining a consistently healthy lifestyle.

“Noom helps solve a universal problem – that many of us want to live healthier lives, but most of us don’t have the tools to do so, or know where to start,” Jeong tells The CEO Magazine. “My father, who was a medical doctor, impressed the concept of sick care onto me before he passed away. “Health care – as it currently stands and has been highlighted throughout the pandemic – is not really health care.

“Doctors are seeing patients often when it’s too late. With Noom, we have an opportunity to help consumers focus on preventative health and give people their health back.”

Educating users – who are loyally referred to as ‘Noomers’ – by empowering them to take control of their lives, Noom was initially launched in New York, US. Its global expansion has seen it grow 74 per cent year on year across the UK, Canada, Ireland, Germany, and most recently, Australia.

“Consumers want more options that put them in the driver’s seat,” Jeong says. “They want that empowerment to take control of their health, and not just wait until they get sick.

“With Noom, they have this at their fingertips. They can access it anytime, anywhere.”

Reportedly worth an estimated US$3.7 billion, the “secret sauce” behind Noom’s success is its approach towards psychological and behavioural change – a concept led by clinical psychologist Dr Andreas Michaelides, combined with its inhouse AI.

“Our technology has the effect of increasing user engagement and success, as well as empowering coaches with insights that maximise their impact,” Jeong says. “Specifically, Noom’s coaching system uses AI and technology to change coaching frequency and topics based on individual user needs and behaviours.

“For example, our coaches have access to suggested trends and insights based on user articles, food, weight patterns and custom triggers for coach intervention based on user activity or inactivity in the app. 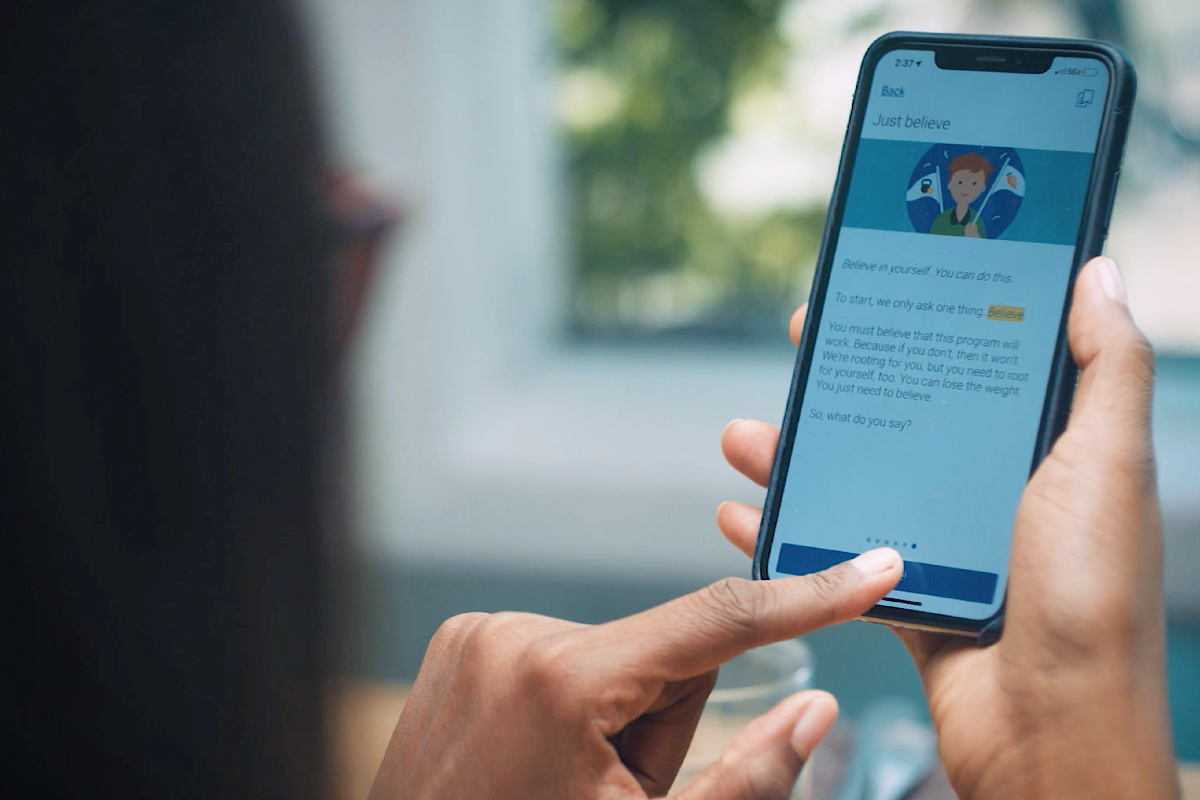 “Even the timing is intelligent, [where it is] based on when the user is most receptive to receiving the message.”

Using technology to advance health is not a new concept, but the process behind Noom’s AI is refreshing.

With science at the heart of everything they do, Noom’s team of behavioural health experts have PhDs and master degrees in psychology, integrative medicine, neuroscience and statistics – allowing for an effective, yet scientifically supported, way to encourage Noomers to make healthier choices.

Through blending this AI expertise, it allows for a supportive habit changing process.

“Everyone knows they should eat healthier and exercise more, but most people don’t understand the science behind their choices or why their brain may crave more sugar,” Jeong explains. “Our mission is to help people everywhere live healthier lives through behaviour change.

“By better understanding themselves and the psychology behind their habits, it helps them form healthier ones that will ultimately lead to a healthier life for the long term.”

Targeting a wider range of health concerns, Noom is an umbrella to other brands; Noom Weight, a weightloss platform offering meal deliveries and calorie counting; and Noom Mood, a mental health product launched in 2021 to combat stress and anxiety.

Health and wellness was popular pre-pandemic, however the habit-forming app was one of the businesses that didn’t get negatively hit by COVID-19 – and Jeong asserts there’s much more driving the success of his second business.

“Noom is more than a COVID-19 story,” he says. “We grew 245 per cent from 2017 to 2020. We partially equate this to people really reprioritising their health, but don’t think that is a pandemic-only mindset.

“Making healthier choices has always been relevant, even prior to the pandemic.” 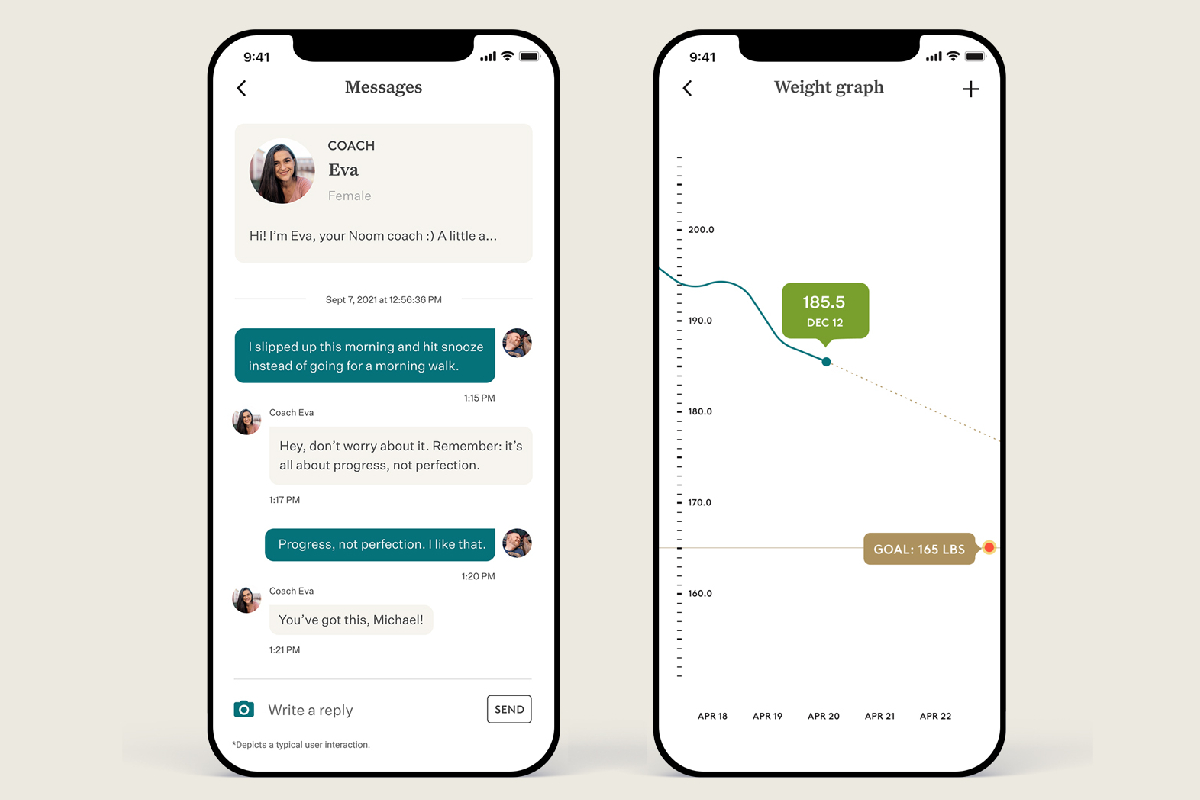 In May 2021, Noom raised US$540 million in a Series F investment round and, according to Inc., it’s rumoured to be eyeing an IPO at a US$10 billion valuation.

And while the CEO won’t comment on valuation, he does believe there’s so many more opportunities to come.

“We have to remind ourselves that we’re really only 15 per cent of the way done building our company and product,” he explains to The CEO Magazine. “We have spent over a decade iterating on our powerful behaviour change platform and now we are closing our first chapter as a company and are moving to our next phase of applying our highly adaptable psychology-driven approach to other areas including stress management and sleep.

“The challenge – though an exciting one – lies in deciding where exactly we want to go next.”

It’s an inspiring journey considering the co-founders spent a decade building and tweaking the platform. Founded in 2007, the company began as WorkSmart Labs with fitness tracking, calorie tracking and cardio tracking app-based solutions.

“Similar to an individual’s health journey, the road to Noom today has not been linear,” Jeong shares. “We have been laser focused on one single mission – to help people live healthier lives.”

Nutting out a clean mission is often the hardest part to starting a business, but for the co-founders, their biggest challenge was laying down the roadmap to get there. 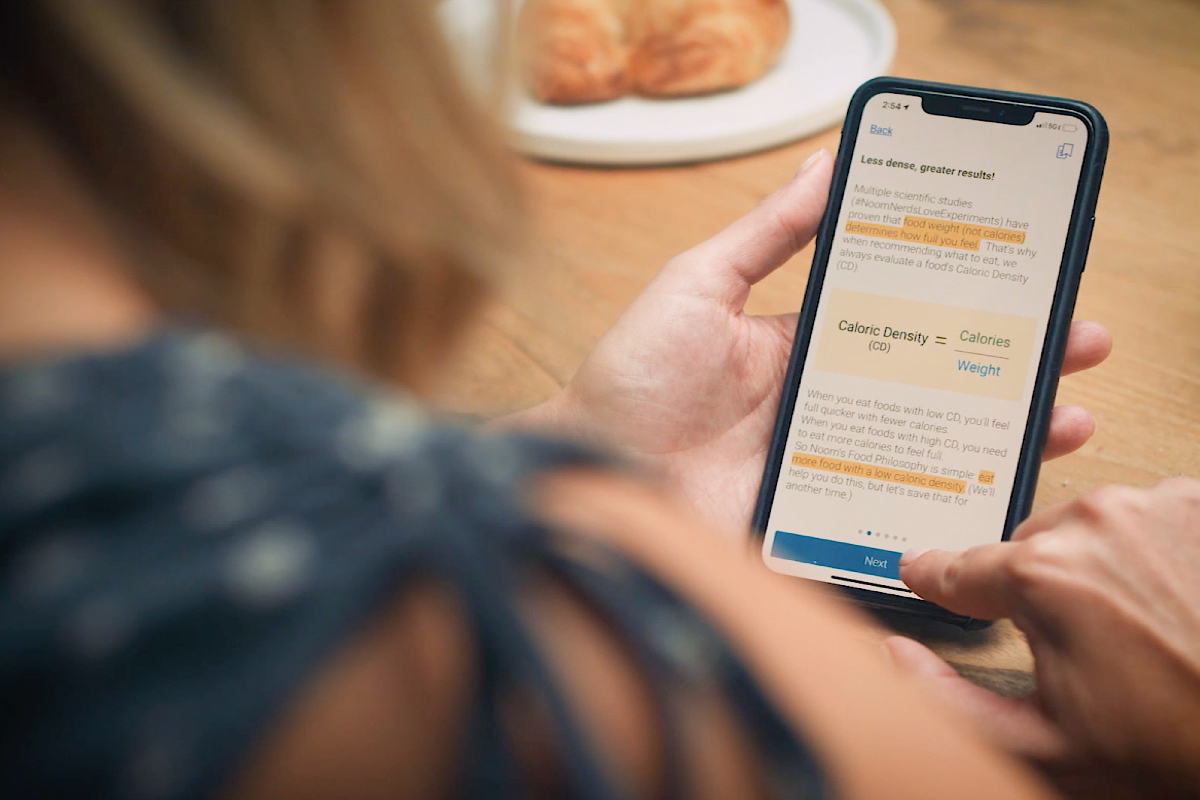 “With this being the ambitious goal that it is, it took us a while to narrow down just how we could get there,” Jeong says. “In the early days, we were boiling the ocean and doing too many things – we built a prototype for a stationary bike add-on launched a fitness tracking app – but none of these were delivering the holistic health outcomes we wanted for our users.

“We learned the difficult lesson that not all ideas are good ideas. And even if you have a good idea, it still might not deliver the best outcome.

“We had to learn how to pivot quickly and move on from ideas that we liked, but in the end were not in service of our mission in order to land on the powerful behaviour change platform that Noom is today.”

For every success story there are always critics – something Noom is familiar with after some former users called the app out for promoting diet culture. For Jeong, it’s more about promoting a habit culture.

“We’re seeing a lot of talk about diet culture these days,” he tells The CEO Magazine. “However, when we talk about habit culture, we are really looking at helping people build healthier routines for the long term.

“Food logging and caloric guidance are tools that are absolutely part of building healthy habits, but they are just a small part of a holistic science-backed and sustainable program.”

Transitioning from music to health 15 years ago, Jeong never truly left his own healthy habit – a complete love for heavy metal music.

“My time in the heavy metal music industry helped unlock my passion for entrepreneurship and building a business based on a group of people’s unmet needs [because] at the time, heavy metal was poorly distributed in Korea,” he reflects. “I find a lot of my tranquillity in heavy metal music.

“I listen to it whenever I need to get myself into the right headspace to focus – I call it ‘death metal shower’. It helps me get psyched, but also helps put distractions out of my mind, centres me and channels my mood – then I am in the game, giving my every spiritual and physical energy to Noom.”