Whilst we strive for more inclusive workplaces and hiring practices, we have yet to make movements in inclusive leadership. We know the benefit that team members with disability bring to an organisation – what if they led the way forward? 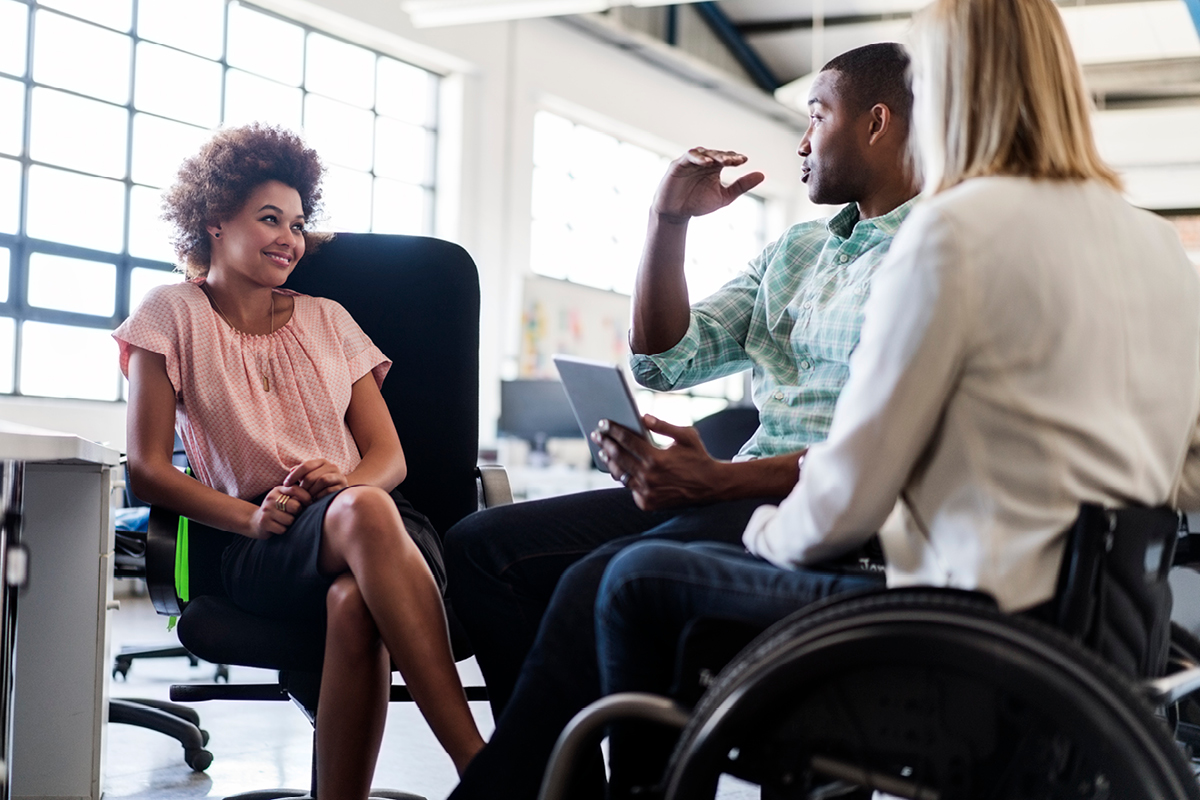 The business world has seen significant progress in building more inclusive workplaces – workplaces that welcome and embrace diversity – whether that is diversity in ethnicity, gender or other marginalised groups such as people with disabilities.

In fact, leaders appear to be giving more attention to the idea of building inclusive workplaces than ever before, understanding the power of innovative and diverse thinking and what it can deliver to the bottom line. The Boston Consulting Group conducted a study that observed more than 1700 companies and found that companies with more diverse management teams saw up to 19 per cent higher margins in revenue.

This begs the question: are we living in a time when inclusive workplace culture is becoming the status quo?

Unfortunately, not just yet. There is still plenty of work to do.

According to the Australian census (2016), there was a 5 per cent drop in disabled employment with some 100,000 less full-time workers with disabilities. Globally, the unemployment rate for this segment is twice that of their counterparts. Even with progress, people with disabilities are not winning the fight for more inclusive employment – instead they appear to be going backwards.

And this isn’t just in the hiring process. People with disabilities who are employed find it hard to push through to leadership positions. Less than 7 per cent of board-level executives relate to having a disability of any kind. Yet, leaders with disability can bring natural problem-solving and collaboration skills to an organisation. Having someone with those skills at the helm helps drive productivity, engagement and happiness of all team members, regardless of background.

An example that illustrates this is Matthew Levy – a 31-year-old Paralympian born with Cerebral Palsy. Australia knows him well for his incredible talent in swimming, bringing home Gold at the 2008 Beijing Olympics. But Matthew Levy is also a corporate winner, all because one company took a chance on him in a way that most don’t when faced with people with disabilities. Welcomed into the sector through a specialist Paralympic employment program, he initially worked as a Change Analyst at Westpac before being promoted to his current position as a Business Implementation Manager.

Matthew was given this opportunity because of his Paralympic background – others are not so lucky. It also meant that executives at Westpac had to be willing to invest in his leadership future. However, 56 per cent of global leaders don’t see disability on their leadership agenda. This means employees with disabilities often don’t have the same chances for promotion. Even then, it took Matthew nearly seven years to advance in his career from the one position.

So, what can we do to level the playing field for all?

If you already hire inclusively and want to keep building a sustainable inclusive workplace culture, here are three things you can do:

As we look to change the world in the face of gender equality and supporting female leaders, or ethnicity and including leaders of colour, we must also look at empowering disabled leaders. It is time for leaders to step up and put disability on their inclusivity agenda. Support the people who need it and allow those that deserve it to rise into positions that celebrate their achievements. Ultimately, a leader with disabilities will bring a perspective to business that reaps economic benefits while giving other members of minority groups a role model to relate to.

Diana Palmer is the Executive Officer at IDEAS, an information provider for Australians with disability. Diana is responsible for driving the strategic direction of IDEAS, with a particular focus upon servicing regional and rural Australia.