A new book by two world-renowned strategists outlines the steps leaders must take to embrace a bolder purpose and transform their organisations. The digital frontier has presented companies around the world with a challenge: adapt or die. In these early decades of the 21st century (and the twilight of the 20th), the need to modernise was seen as the factor determining a business’s future.

But in the rush, something went wrong. Millions of dollars were poured into digital initiatives for relatively minor advancements. Digital programs weren’t moving businesses forward. In essence, the majority of companies embarking on their journey into the digital future were simply keeping pace.

“We were seeing so many executives and companies investing heavily into digital transformations that didn’t seem to pay off,” says Mahadeva Matt Mani, a transformation strategist and Partner at Strategy&, PwC’s strategy consulting business.

Together with Paul Leinwand, Mani has co-authored Beyond Digital: How Great Leaders Transform Their Organizations and Shape the Future, which explores the competitive advantage of going digital through the experiences of 12 companies navigating their way through this monumental shift. “And so we wanted to find out why that was, what has shifted and what it actually takes to succeed.”

Today’s executives are under huge pressure to deliver instant results while pleasing all stakeholders; a balance Mani says is tricky to get right. “When I think back 20 years, transformation programs were often shaped and talked about in terms of the company winning or why it was so important to the company’s profitability.”

He cites the example of Titan, the largest consumer products company within India’s Tata Group. “They thought they could disrupt the jewellery industry with huge investments in technology,” Mani says. “They thought they’d modernise the whole industry and take over.”

“It’s incredibly important to build a foundation of trust with your customers and use that foundation to get insights and data about their motivations, needs and desires.”

The strategy failed. “They didn’t make any fundamental progress,” he says. “It didn’t matter how digital and cool and tech-driven they were, their customers just wanted artisanal quality jewellery. And so they changed their strategy to partner with artisans alongside investing in technology.” 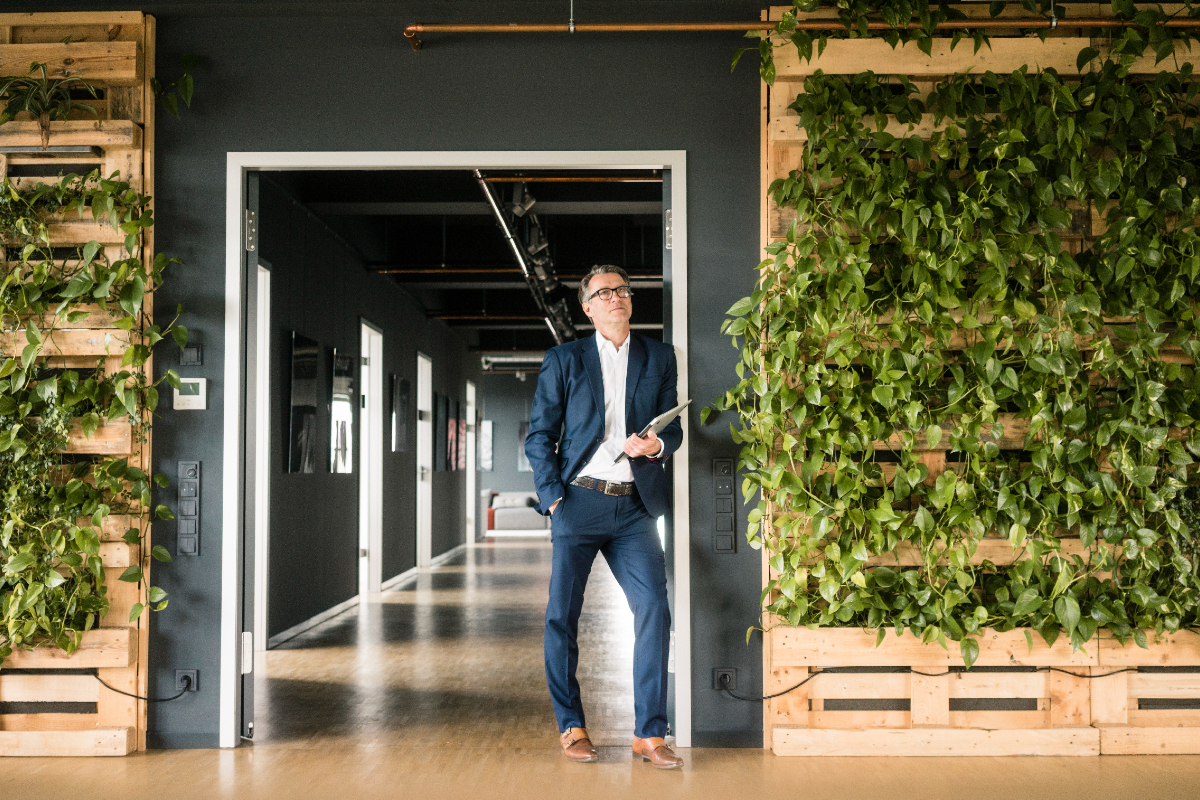 That combination, focused around serving a specific customer outcome, was the key to success. “They’re now one of the most successful and profitable jewellery companies in India and they’re a leader in their segments. For an organisation to succeed today, you have to orient yourself around solving a customer problem.”

And its purpose, Mani says, must define a digital strategy. “You need to have clarity on two questions: what is the unique value we as an organisation need to deliver; and how are we going to do it in a differentiated way? If you know that you can use it to help guide your agenda and balance your focus.”

In researching and writing Beyond Digital, Mani and Leinwand identified and articulated seven leadership imperatives that can drive success in the digital future. “First, it’s incredibly important for companies to step back and reimagine their place in the world, to determine what is the value they need to deliver,” he says. “Once you do that, you start to recognise that some of these problems can’t be solved on your own.”

The third imperative revolves around building a system of what Mani calls “privileged insights” with customers. “It’s incredibly important to build a foundation of trust with your customers and use that foundation to get insights and data about their motivations, needs and desires,” he says. “And then you wire that into how you operate because that allows you to be relevant both now and in the future.”

“Being good to your employees, switching them on, engaging with them has to be meaningful, not simply done on the side. It has to be wired directly into your value proposition.”

This foundation also makes clear what investments are needed in data and technology. “Those things have to be connected to some customer outcome you need to stay ahead of,” Mani says. “In Beyond Digital, we look at how companies like Adobe and Inditex, which owns the Zara brand, do this and how it allows them to focus and make sure their tech investments are delivering value for them.”

Once an organisation is outcome-oriented, the teams at the heart of operations can be reorganised to suit that purpose. “Microsoft and Honeywell bring people from across different sectors to work together in permanent and versatile teams,” Mani says. “That’s what I believe is the way organisations have to evolve their model to succeed and move at the speed they need to.”

Such an organisational shift also requires a shift in how leadership is done. “A big issue today is what we call inverting the focus of the leadership team,” Mani says. “You’ve got to start learning to lead from the back of the room as much as from the front. You need to be about empowering others versus directing and dictating to them. The old hero leadership model is actually destructive to value in the modern age.”

The biggest requirement of building a collaborative leadership team is the reinvention of the social contract. “If you can’t invest in connecting people to your organisation’s purpose, if you can’t give them the means by which they actually build and drive their capabilities, it’s very difficult for you to succeed,” Mani says. “Being good to your employees, switching them on, engaging with them has to be meaningful, not simply done on the side. It has to be wired directly into your value proposition.”

The final imperative is perhaps the hardest: leaders must learn to disrupt their own leadership approach. “What this means is investing and developing themselves as leaders,” Mani says. “So often leaders are asked about what they’re doing for others; they’re seldom asked about what they’re doing to develop themselves. In all the companies we studied, one of the big differences between success and failure was the time and attention they gave to leadership development and making that a priority.”

“At any level, you need to be willing to be vulnerable to tackle your own growth and development.”

The reason this is so incredibly important, Mani explains, is that it’s the company leader who must transcend between the digital and non-digital worlds. “Not every solution is purely digital,” he says. “You must transcend from being great at both strategy and execution.”

Since the January 2022 release of Beyond Digital, Mani and Leinwand have received outreach from academics, students, government agencies and businesses of all sizes. “One Silicon Valley startup told me, ‘I wish every startup would read this. If the business world actually understood that tech needs to be connected to solving a problem in a different way, we’d all succeed so much better,’” Mani says.

The response honed in on Mani’s biggest takeaway from writing Beyond Digital. “We’ve all been raised to think that the sole objective of an organisation is to generate profit for shareholders and nothing else. The definition of value has shifted to include societal impact, sustainability, the level of trust in society. All these things do impact your financial valuation and your ability to generate profit. If you aren’t thinking in that mindset, you’re doing your shareholders a giant disservice,” he says.

The definition of a leader – and what it takes to be a leader – has also changed. “At any level, you need to be willing to be vulnerable to tackle your own growth and development. That’s what makes this such an exciting time.”

The experience of the companies profiled in Beyond Digital has given Mani confidence that things can change. “It’s not out of our reach,” he says. “We hear a lot of fearmongering about digital natives and sustainability, but Paul and I both believe the big challenges that face us can be solved. We just need to step up and realise that we have to look beyond just going digital or chasing the latest fad.

“If you do that, it’s absolute magic in terms of what you can create.”