He may come from a business dynasty but by taking Tata Sons truly global, he has made a lasting impression – and given even more back to India in the process.

Back in 1955, teachers at Ratan Tata’s Riverdale Country School wrote in his yearbook, “Ratan’s charming and unassuming character is sure to bring him success. We are sure that if he continues to develop his charm and intelligence to the full, he will have a happy and useful life.” It sounds like Tata, who will turn 84 on 28 December, made quite an impression as a teenager, but surely even his teachers could not have imagined the enormous impact he would have on his home continent.

The recent welcoming of Air India back into the Tata fold certainly rounded and strengthened its transport portfolio. However, the return of the airline has deep significance for the Tata Sons Chairman Emeritus – as a way of honouring his forefathers, as it was founded by his uncle and mentor Jehangir Ratanji Dadabhoy Tata in 1932 as Tata Airlines.

Indeed, the first plane flown by the airline was piloted by JRD himself, a passion which is shared by Tata, who would regularly fly himself to meetings. After World War II, the airline became a public limited company, but since buying it for INR180 billion (US$2.4 billion), the fleet is back under the Tata name and plans to revive its fortunes after it was hit by devastating losses due to the COVID-19 pandemic are in motion.

“Air India, under the leadership of Mr JRD Tata had, at one time, gained the reputation of being one of the most prestigious airlines in the world,” Tata said in a statement following the acquisition, adding it now has “the opportunity of regaining the image and reputation it enjoyed in earlier years”.

Taking over and transforming companies has been a hallmark of Tata’s business career and something that, under his guidance, helped markedly increase the fortunes of the Tata Group. Jamsetji Tata began the family business in 1868 when he started a trading company. He then opened a textile mill and broke with the norm, offering workers pensions and paid accident compensation.

The Tata Group now operates in more than 100 countries across six continents, and has companies in every area of society, including energy, automotive, engineering and information technology. In 2020–21, the revenue of Tata companies was US$103 billion, with more than 800,000 employees. The 29 publicly listed Tata enterprises have a combined market capitalisation of US$242 billion.

Despite growing up in a luxurious home and with qualifications including a degree in architecture and structural engineering from Cornell University and the Harvard Advanced Management Program to his name, Tata began his career on the shop floor of Telco (now Tata Motors) in 1962 and then Tata Steel, where he shovelled limestone and was a team member in the blast furnaces.

“Our grandmother taught us to retain dignity at all costs, a value that’s stayed with me until today.” – Ratan Tata

By 1981 he was Chairman of Tata Industries and heir apparent to JRD, becoming Chairman of Tata Sons, the holding company of the Tata Group, from 1991 until his retirement in 2012. During his tenure, the Group’s revenues grew, totalling more than US$100 billion in 2011–12.

A visionary, under his guidance the company became known for its ‘reverse colonialism’ as it bought tea firm Tetley for US$407 million in 2000, Anglo-Dutch Corus Group for US$12 billion in 2007 and Jaguar Land Rover for US$2.3 billion in 2008. The company also bought up hotels, chemical companies, communications networks and energy providers around the world.

When a career has been forged within a family business, the pressure to produce an heir to hand the reins over to is often great, but Tata has resisted the need to conform and remains a bachelor. Many have speculated on why he is single, often blaming his parents’ broken marriage, but he has revealed that a wedding was once on the cards.

“After college, I landed a job at an architecture firm in LA, where I worked for two years,” he wrote in a post for Facebook page ‘Humans of Bombay’. “I fell in love and almost got married. But at the same time, I had made the decision to move back [to India], at least temporarily, since I had been away from my grandmother who wasn’t keeping too well for almost seven years. 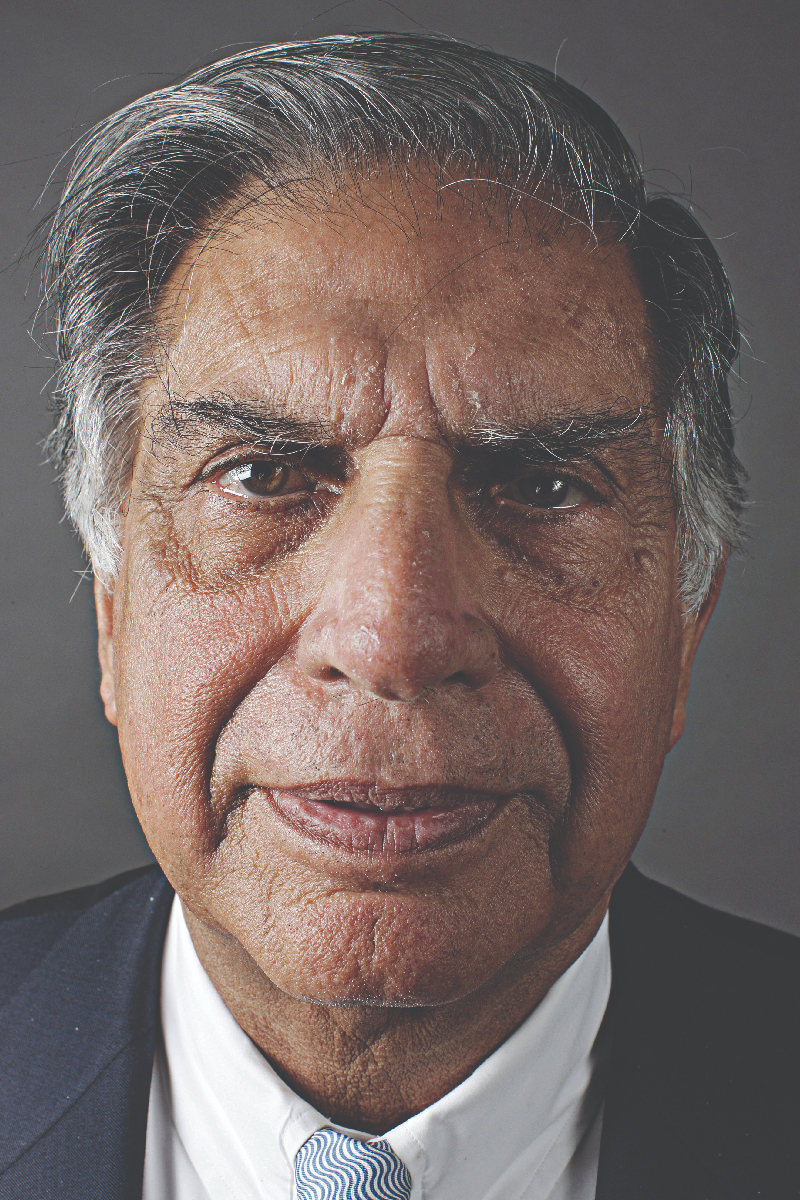 “So I came back to visit her and thought that the person I wanted to marry would come to India with me, but because of the 1962 [Sino–Indian] War, her parents weren’t OK with her making the move anymore, and the relationship fell apart.”

While it may seem strange for a young man to choose his grandmother over a love match, the debt of gratitude Tata has for his grandmother is deep. Following the divorce of his parents when he was 10, Navajbai took him in and formally adopted him. She went on to raise him and his half-brother Noel. Although the repercussions of his parents’ divorce caused him pain and heartache, the lessons it taught him have become part of his ethos.

“Soon after my mother remarried, the boys at school started saying all kinds of things about us – constantly and aggressively. But our grandmother taught us to retain dignity at all costs, a value that’s stayed with me until today. It involved walking away from these situations, which otherwise we would have fought back against.”

However, there have been occasions where Tata has stood his ground and fought. When he stepped down from running the company aged 75 in 2012 – as dictated by the constitution of the firm – a new Chair was needed. Cyrus Mistry was chosen because his father Pallonji Mistry was a fellow dynast, with an 18.5 per cent stake in the Tata business. Related by marriage to the Tata family (Cyrus’s sister Aloo married Tata’s half-brother Noel), it seemed a perfect fit.

The century-old links between the two families soured when Cyrus was dismissed in 2016, claiming he was wrongfully sacked. He went on to criticise both the structure of the company and Tata himself, and the case ended up in the Supreme Court where the judge ruled in Tata’s favour. Pleased with the judgement, Tata said he was vindicated following “relentless attacks on my integrity and the ethical conduct of the group”.

Ratan Tata: a lifetime of giving 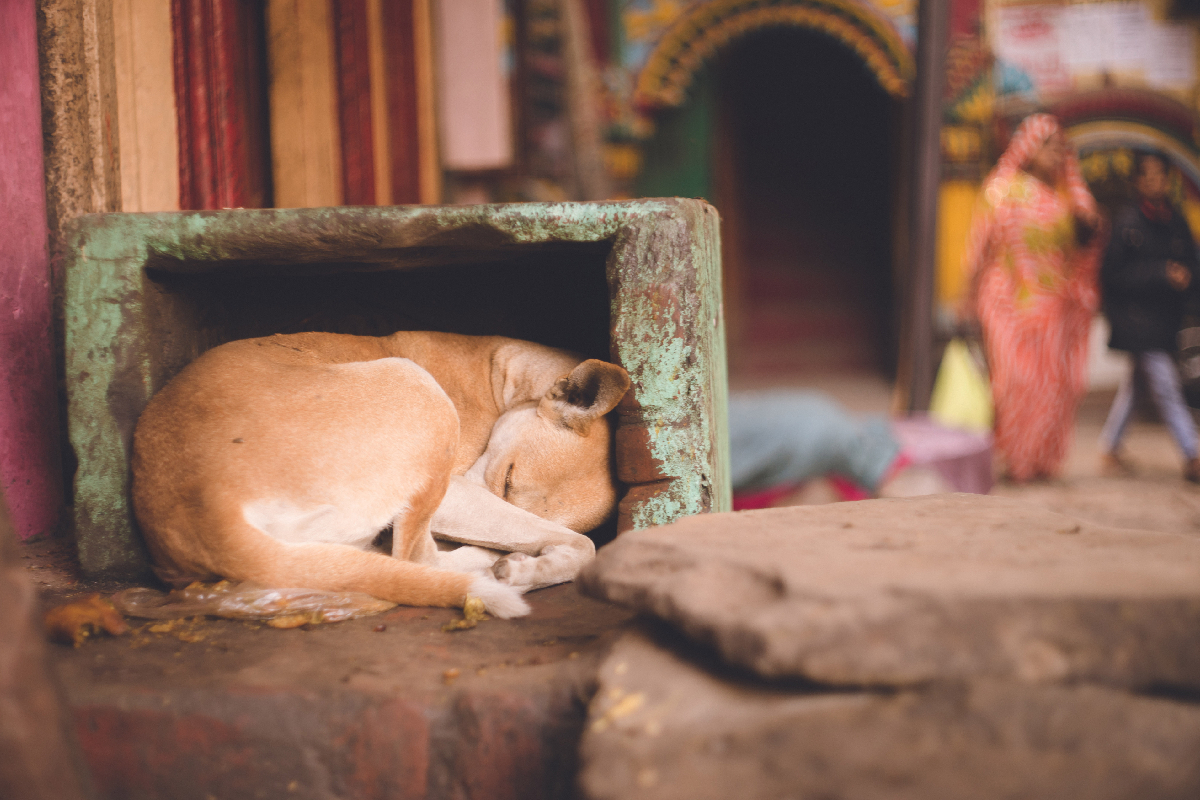 “Of all the different sufferings that animals today have to go through, my heart truly breaks for the ones that get abandoned by families.” – Ratan Tata.

Integrity has been woven into the very fabric of the company Tata devoted himself to most of his life. Seen as India’s number one industrialist, it would be expected that he would be in the top 20 wealthiest Indians, but in a recent poll Tata ranked just 433 in the IIFL Wealth Hurun India Rich List 2021 – a drop of 235 places in just a year. This is because as well as operating the biggest business empire in the country for six decades, he is also one of the most generous philanthropists.

This commitment to improving the lives and prospects of others is at the core of the Tata industry. When Jamsetji founded the family firm, he decreed the majority of what it earned to be donated to Tata Trusts, and 66 per cent of Tata Sons’ equity is held by the Tata Trusts.

From building technology centres to providing scholarships to students – including former Indian President KR Narayanan – the Trusts have helped children find their passion in sport, provided resources and education to communities and, most recently, donated INR15 billion (US$201 million) to fighting COVID-19. Never one to stand back, Tata spends time meeting those helped by and helping the Trusts.

“Working on the shop floor as a young man, I saw close up the misery and hardship of the less fortunate and thought about how one makes a difference to improve lives,” he told the Stanford Social Innovation Review. “You really want to be doing things that make a difference. If you cannot make a difference … it’s wasteful.”

And Tata has been praised for his revolutionary approach to helping, spending time and money studying issues and problems to come up with innovative solutions that are sustainable. This holistic approach is designed to make a greater difference and lead to other major corporations stepping up to partner on initiatives, like Google and the Bill & Melinda Gates Foundation as well as government agencies.

Tata is passionate about animal welfare too, especially the plight of street dogs, as he has canines of his own. “Of all the different sufferings that animals today have to go through, my heart truly breaks for the ones that get abandoned by families,” he wrote while trying to personally find homes for abandoned pups on Instagram. “I cannot imagine what must go through their minds when one day they have a home, and the next they don’t.”

Often described as shy and a loner, Tata surprised many when he opened his own Instagram account in 2019. But a flick through his grid shows that the essence of what remains important to him in his eighth decade are the legacy of his family and the impact of the charity work he devotes his life to. He continues to have ambition and goals – even if they are personal ones.

“I learned a little bit of the piano as a young boy,” Tata shared on Instagram. “After my retirement, I found a great piano teacher but was unable to give the attention that was needed to play with both hands. I hope to try once again.”

One thing is certain – Tata has certainly excelled at the ‘useful life’ his yearbook predicted. Not just in creating one of the world’s most dynamic and powerful companies, but more importantly, enriching the lives of millions of Indians through his philanthropic endeavours.