Do we all need to be coders? Atlassian’s CEO shares his thoughts

CEO and co-founder of enterprise software company Atlassian, Mike Cannon-Brookes, believes coding will be a necessary skill for everyone in the future. 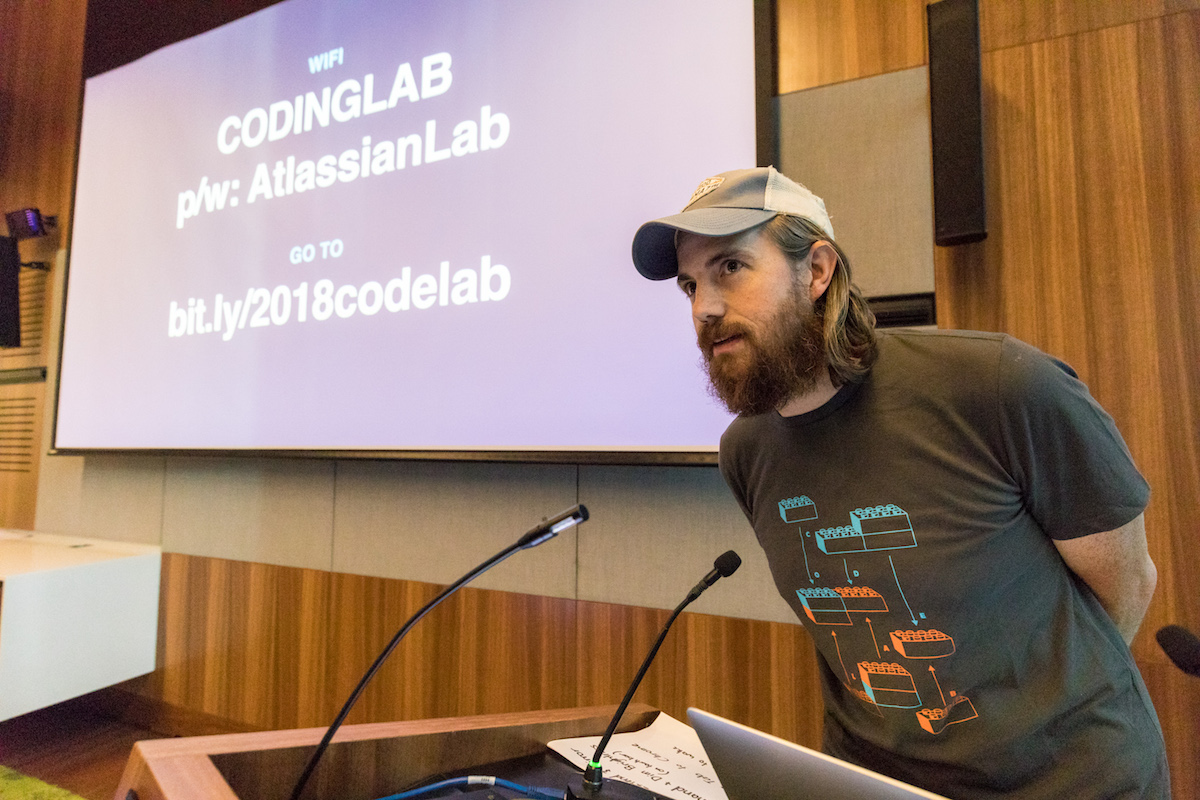 In a departure from his usual role as co-founder and CEO of Atlassian, Mike Cannon-Brookes recently spent a morning leading 50-something professionals through a coding exercise.

It wasn’t anything complicated; the goal was to create a simple paintbrush script, like that of Microsoft’s Paint program.

Though many of the assembled professionals were in their thirties, forties or fifties, the software entrepreneur revealed that this kind of exercise was something practised by kids as young as seven. Nevertheless, Mike sees it as essential knowledge for all ages.

Even Mike’s own son regularly creates scripts using Scratch, a visual programming language, in a hobby that Mike sees as akin to Lego, Playdoh or Minecraft. Scratch is remarkably simple and easy-to-grasp; it involves assembling blocks of commands and conditionals to run a short script, and success is immediately tangible.

Even Mike’s own son regularly creates scripts using Scratch, a visual programming language, in a hobby that Mike sees as akin to Lego, Playdoh or Minecraft.

The workshop, hosted at CeBIT 2018 (the premier Asia–Pacific business technology convention), was a far cry from what one might expect from a coding class in Java or Python – dull and repetitive, writing line after line of code just to create a small random number generator.

But surprisingly, only five of the 50 or so individuals present had ever heard of Scratch; and a comparable number would have had any experience with coding.
This is the kind of statistic that Mike and Atlassian are hoping to change. Mike cites a recent study suggesting that 40% of current jobs will be lost to automation by 2025. It’s clear that the employment landscape will be wildly different in just a few years, and skills like coding are rapidly becoming essential.

“We think a lot about what the future looks like,” Mike tells The CEO Magazine. “We don’t have a crystal ball, but we can tell it’s changing.”

Mike stresses the growing importance of technology as a competitive advantage, and how practices like coding can teach us to think logically and analytically.

Mike, along with co-founder Scott Farquhar, primarily use Atlassian to develop software. But the company is doing its part to help society prepare for the future, with events like this and a program called Comp Sci Kids.

Run under the company’s charitable division (The Atlassian Foundation), Atlassian employees teach Sydney school kids basic programming skills. The initiative has already reached 65 schools and 3,000 kids, though Mike stresses that it’s up to the government to get all kids in touch with coding.

Comp Sci Kids touches on game creation and robotics, and the priority is making coding fun for kids while they’re still at a young age. Mike draws a comparison to children who play tennis from a young age, and quickly become prodigies.

Mike believes that schools are keen on the idea, and laments the fact the coding curriculum hasn’t yet been implemented in New South Wales schools (it’s due in 2019). At the same time, he is concerned New South Wales could start to lag, and would’ve liked more focus on coding education in the recent Federal budget.

While Atlassian hopes four million Australian children can be inspired to get into coding and computing, Mike also wants a shift in the way education is perceived; it needs to become a lifelong experience.

While he believes that Australian professionals are adjusting well to their changing industries out of necessity, he sees room for improvement in many areas.
Some medical practitioners, for example, still write out notes by hand, even when developers have put together things like comprehensive cancer treatment databases. Familiarity with coding and computing would help these medical professionals streamline existing processes.

On the other hand, he points to the finance industry as evidence of professionals keeping up with technology. Fintech, blockchain and so on have necessitated technological familiarity, and finance workers are adjusting comfortably.

Mike is far from alone in his call for more coding skills. The ubiquity of technology, and the improved problem-solving skills and marketability offered by coding has led others to call for universalised coding abilities.

That said, the push for universal coding skills hasn’t won support from everyone in the tech industry. Criticism has been levelled at the initiative for its reductionist thinking.

After all, as ubiquitous as technology is and will become, the question remains whether coding skills are likely to become as necessary as, for example, reading and writing.

“The question remains whether coding skills are likely to become as necessary as, for example, reading and writing.”

Others believe current education systems can’t facilitate coding curriculums, particularly the already-beleaguered teaching systems in the US. At last count, tens of millions of American adults were functionally illiterate, which would likely hamstring attempts to universalise coding skills.

Similarly, the initiative assumes there’s universal access to technology, which is clearly not the case. Therefore, some have suggested the idea is too Silicon Valley-centric, and impractical for the rest of the world.

Nevertheless, other commentators have suggested that while learning to code isn’t strictly necessary, a passing familiarity would be advantageous.